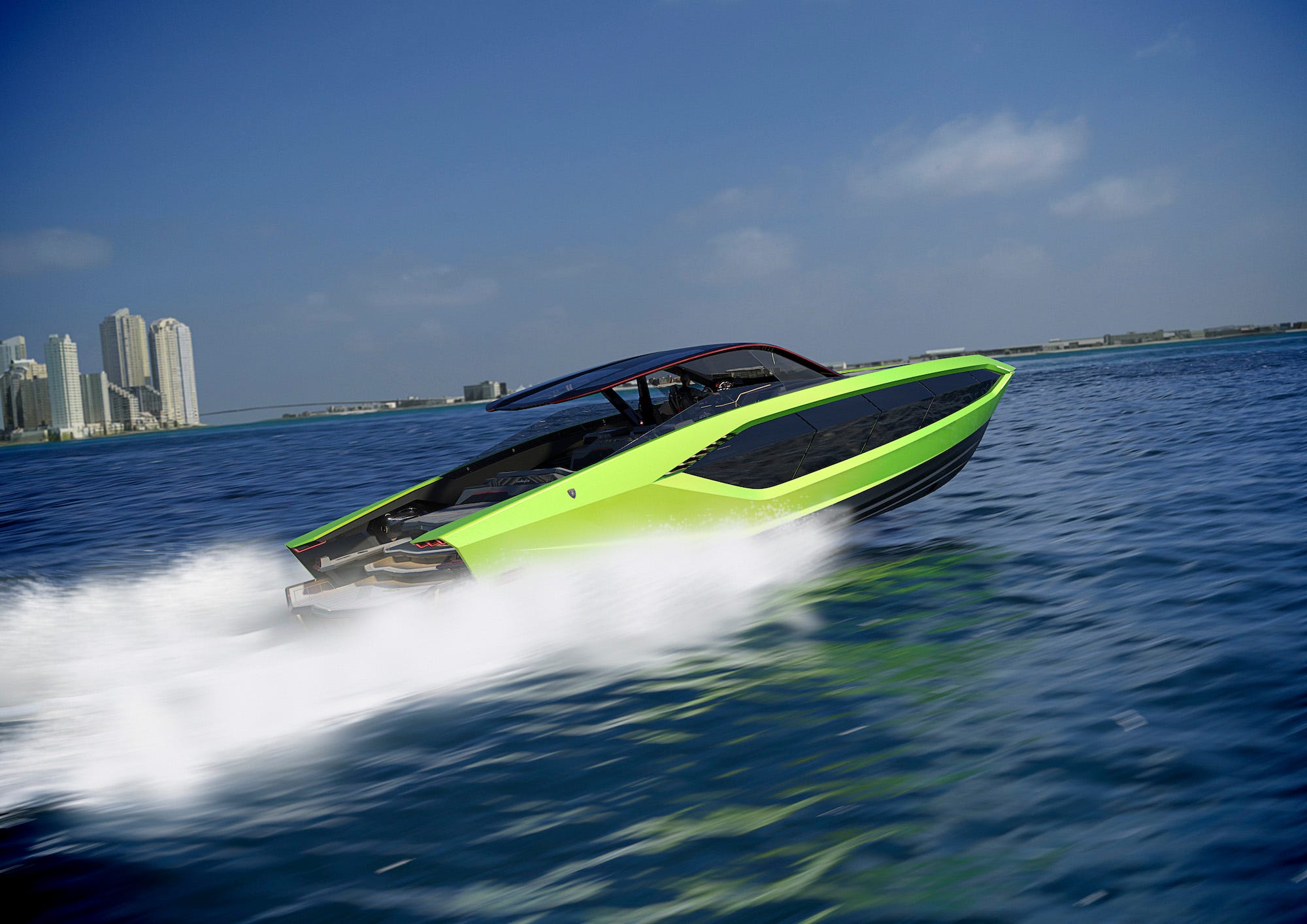 If you’ve ever looked at a Lamborghini and decided that it would actually be better as a boat, then you’re in luck.

Meet the Tecnomar for Lamborghini 63, a joint project between Automobili Lamborghini and yacht company The Italian Sea Group. Inspired by the Lamborghini SiÃ¡n FKP 37 hypercar, the new limited-edition yacht is named for Lamborghini’s 1963 founding year, according to a company press release.

The Tecnomar’s carbon-fibre construction makes it so that the yacht is in the “ultra-lightweight” boat classification. It weighs 24 tons, is 63 feet long, and powered by two V12 engines, each making 2,000 horsepower.

The yacht is priced at 3 million Euros, or approximately $US3.4 million. Only 63 examples will be made and will be available starting in 2021.

Ultimate Fighting Championship champion Conor McGregor bought one, TMZ reported on Tuesday, securing the 12th example of only 63. It will be ready for him by summer 2021, the outlet said.

The Tecnomar for Lamborghini 63 represents a collaboration between Automobili Lamborghini and The Italian Sea Group. 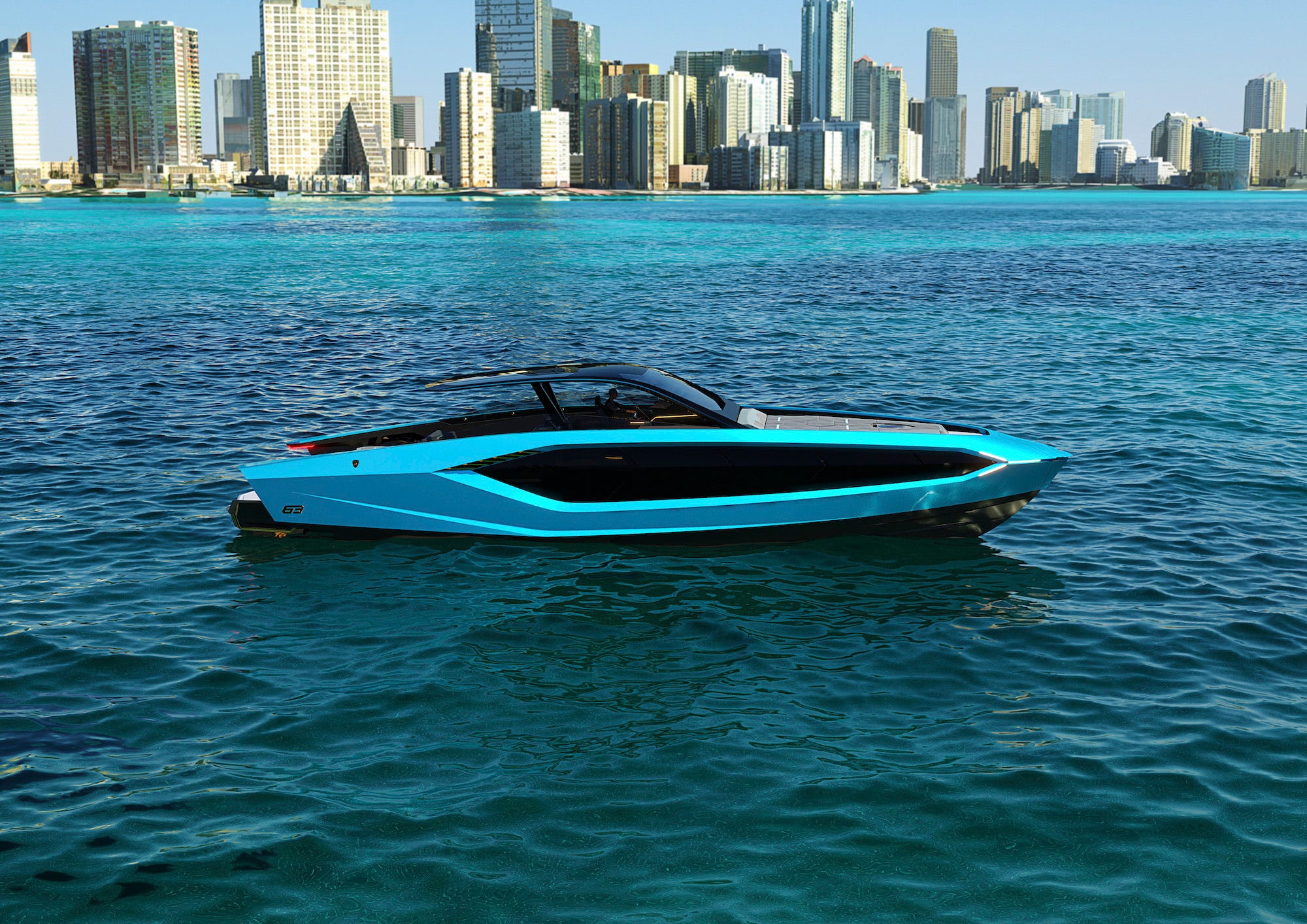 UFC champ Conor McGregor bought the 12th example of only 63, according to TMZ. It will be ready for him by summer 2021. 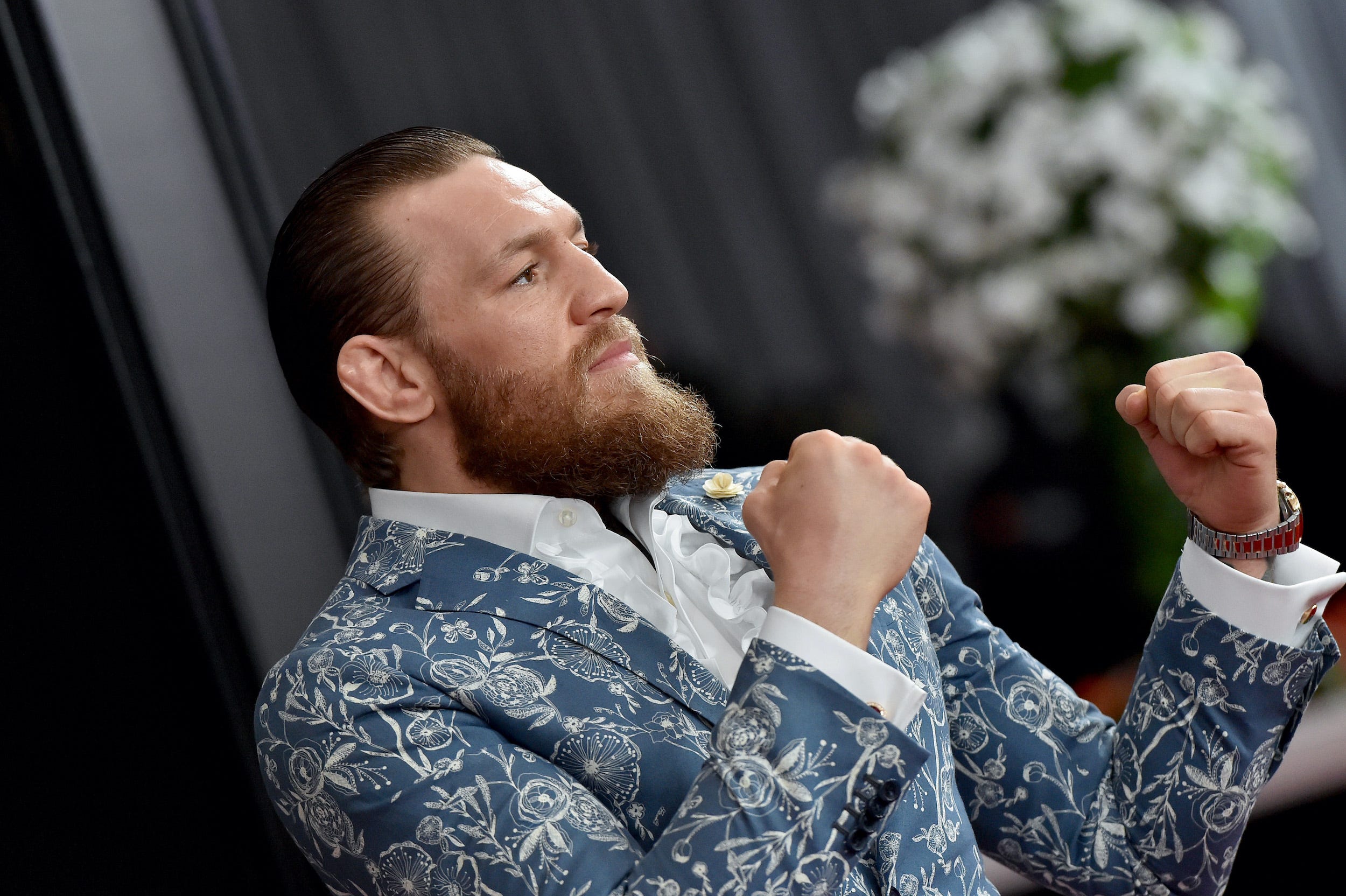 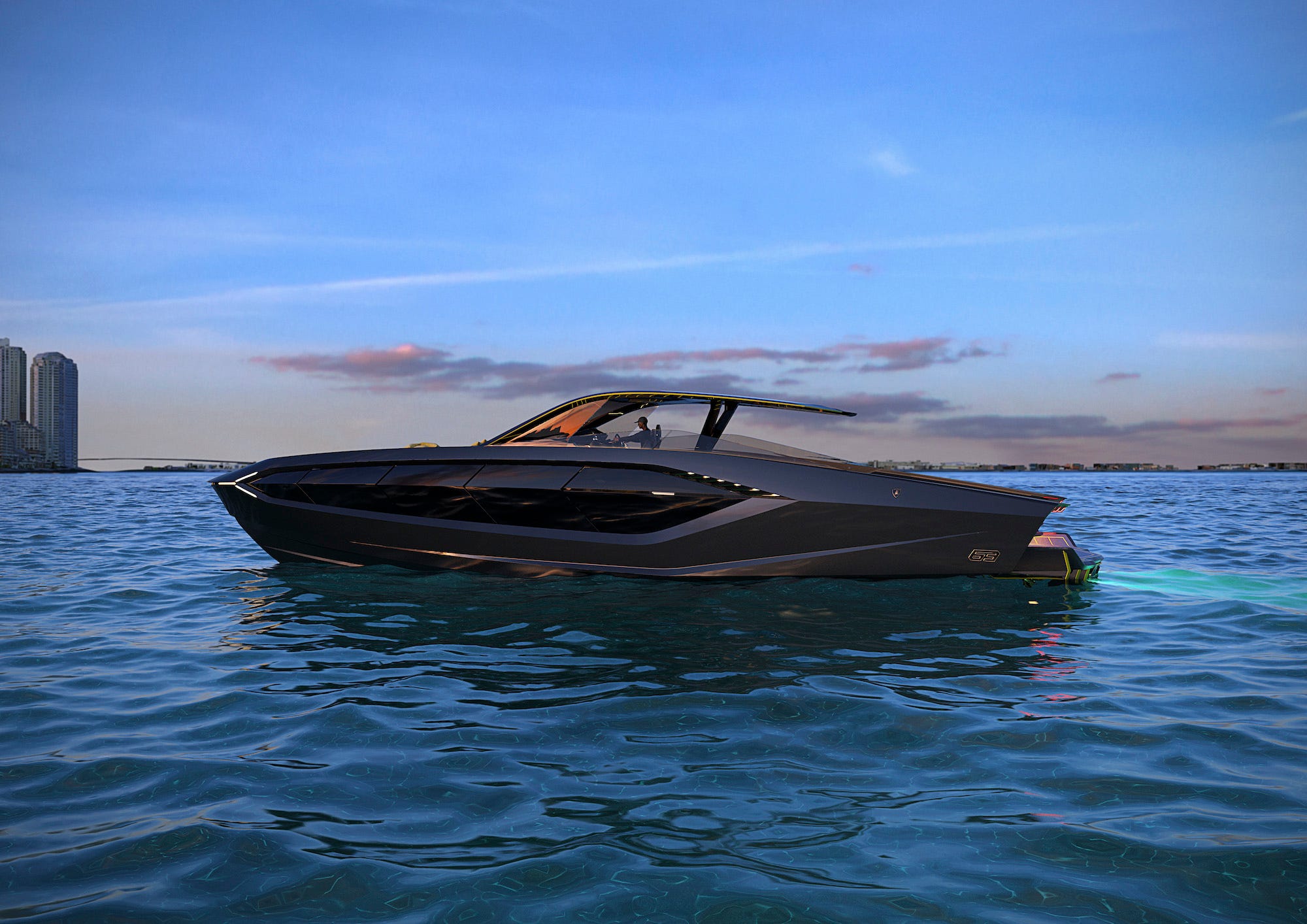 The “63” in its name references 1963, the year Lamborghini was established. 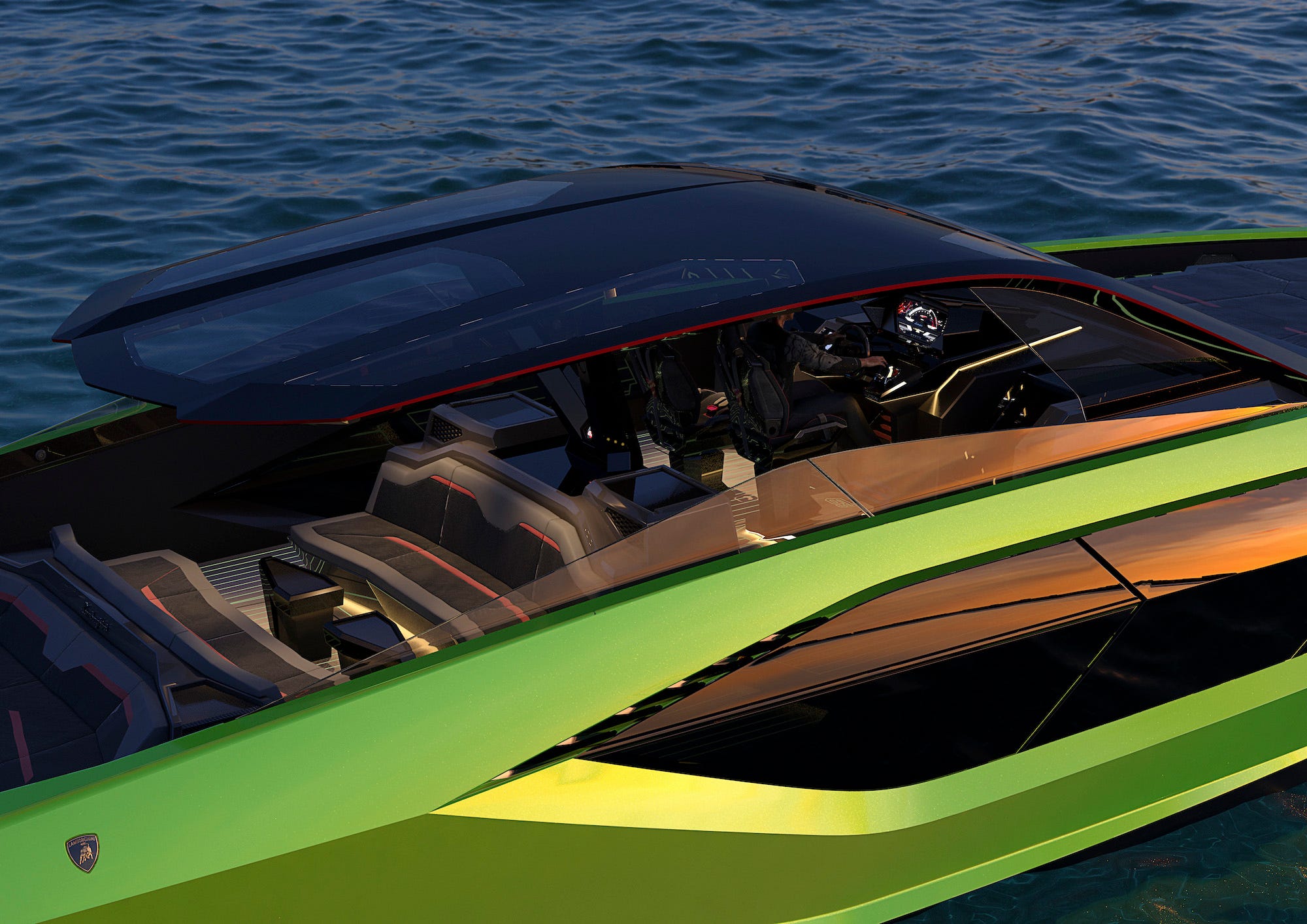 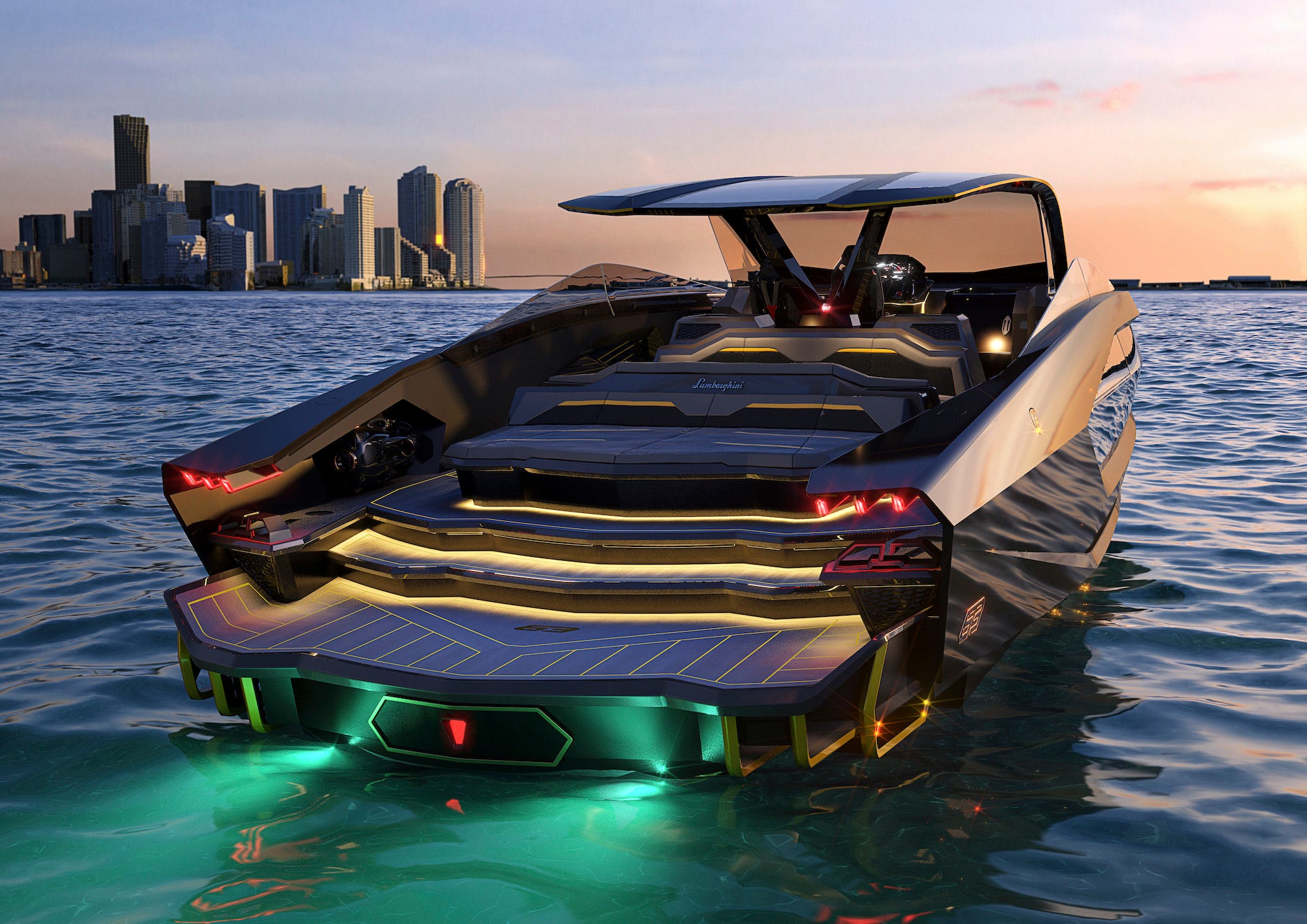 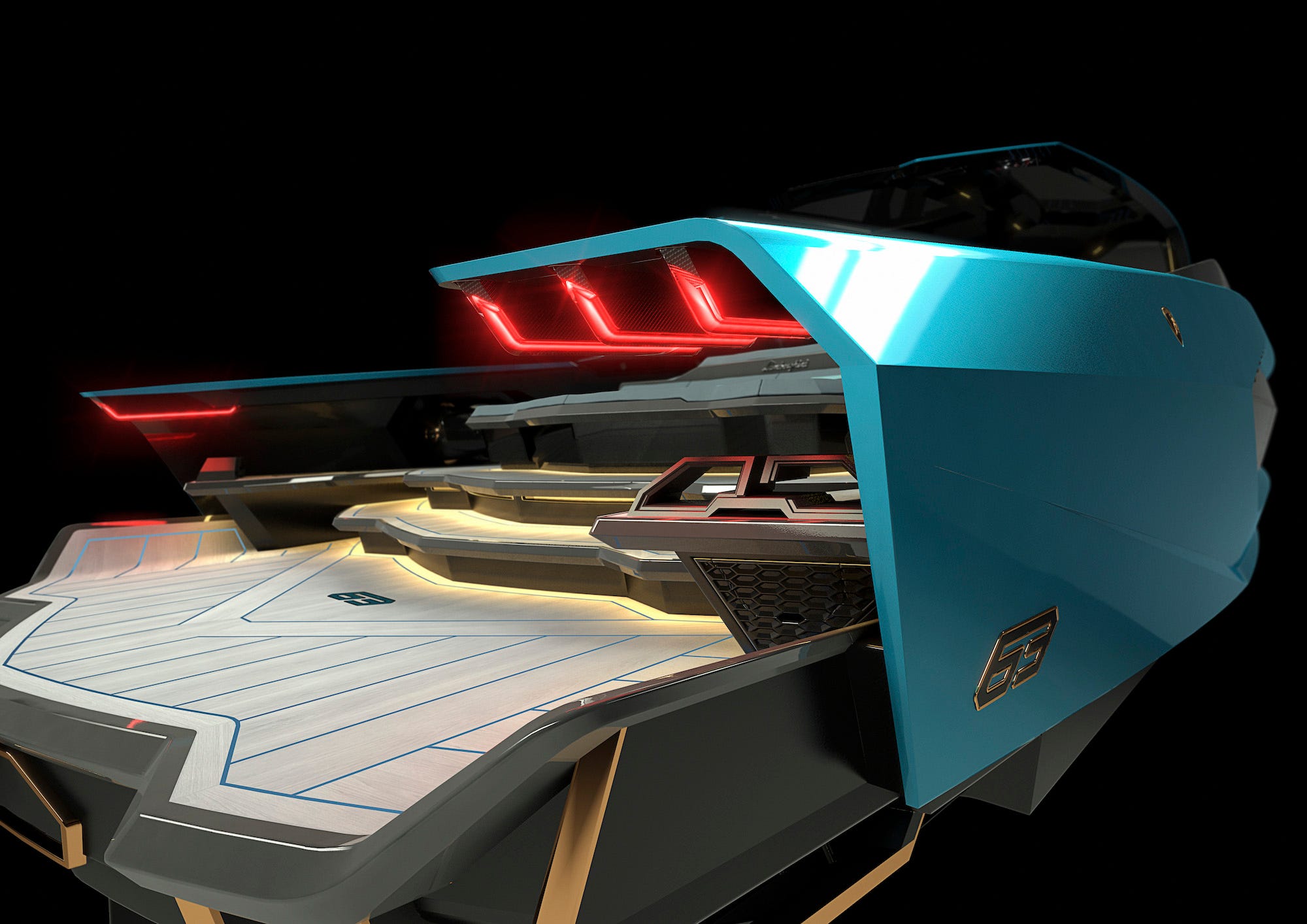 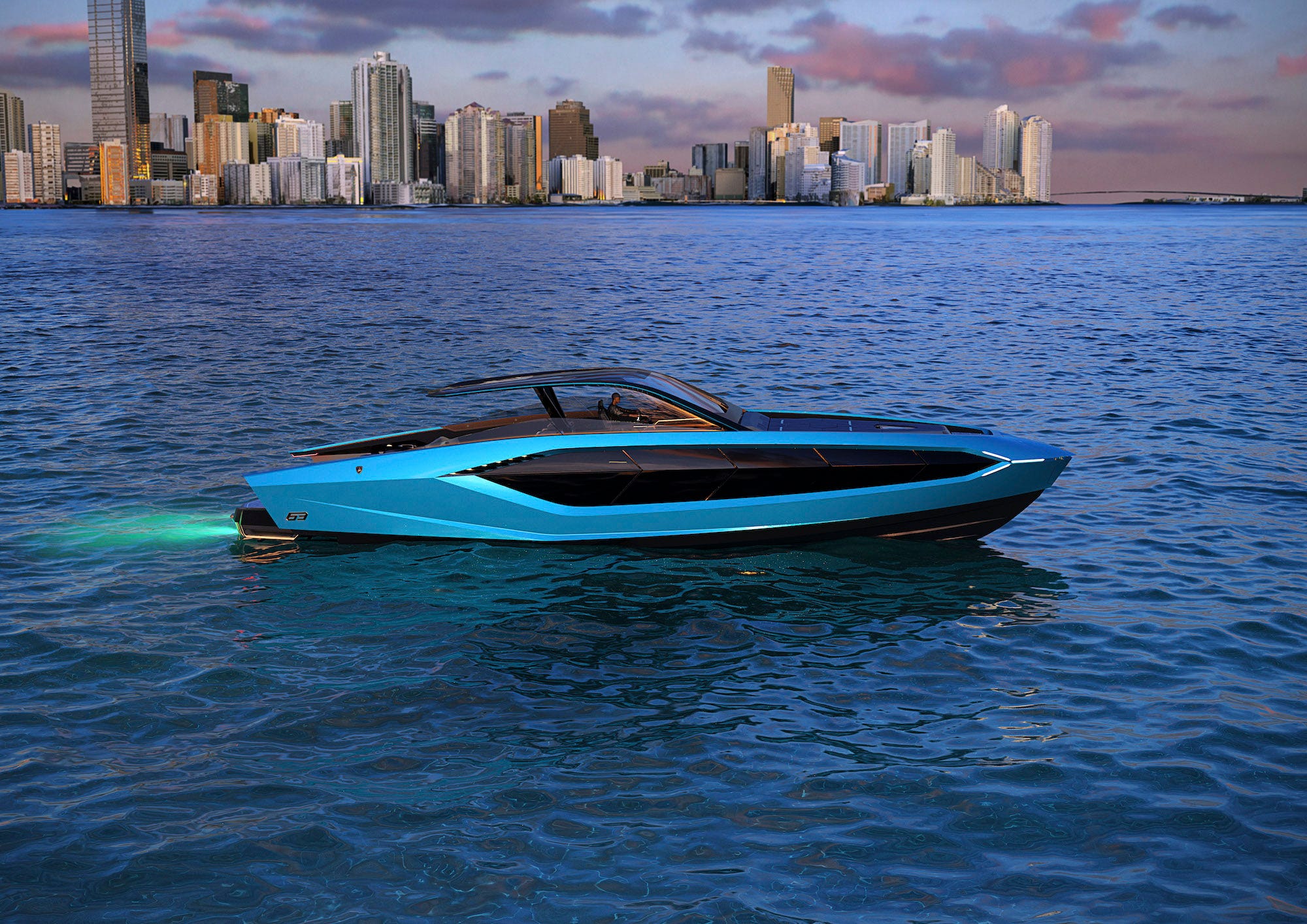 The yacht’s exterior design is meant to capture the aesthetic of the Lamborghini Miura and Countach from the 1960s and 1970s. 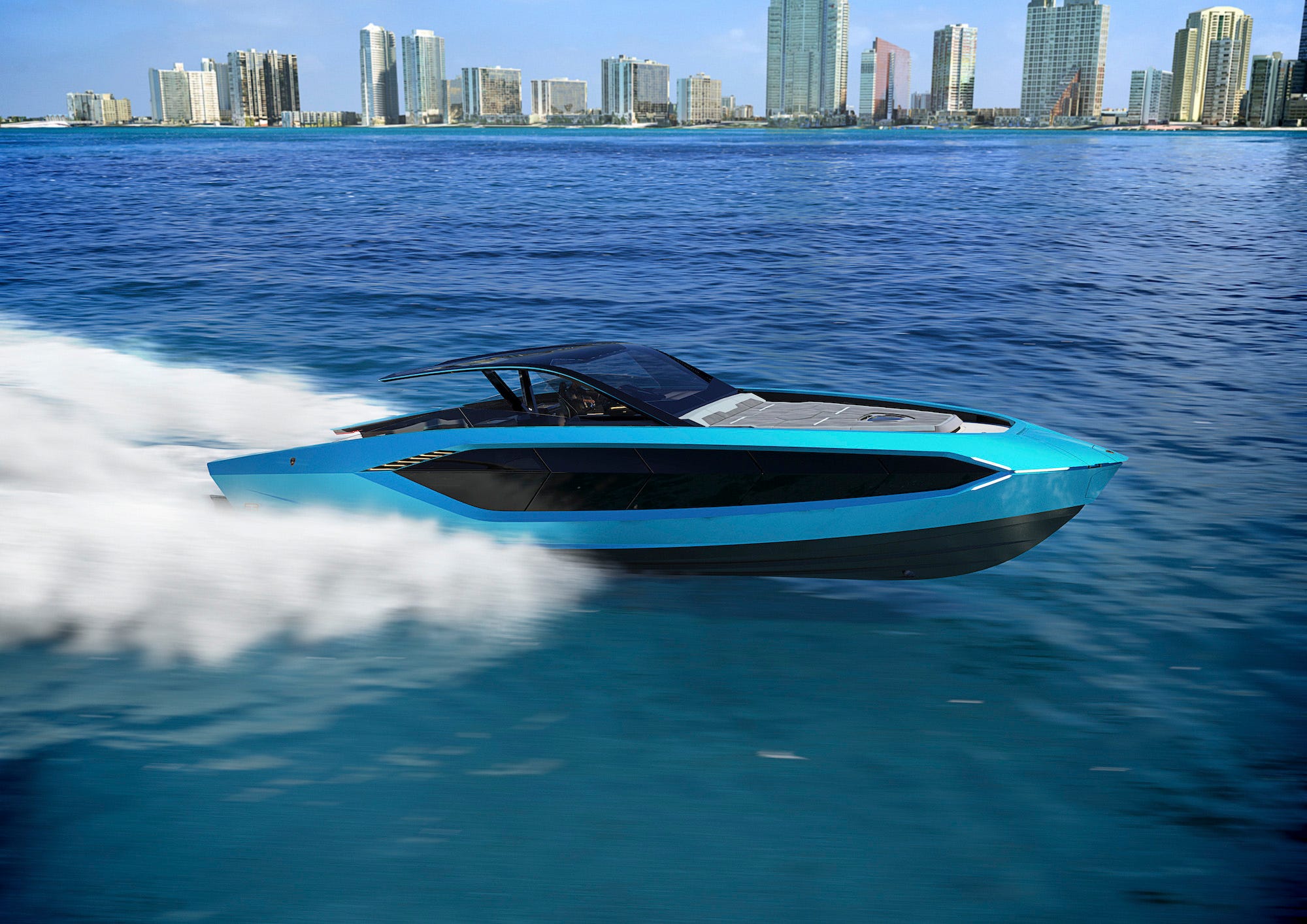 But with a modern interpretation. 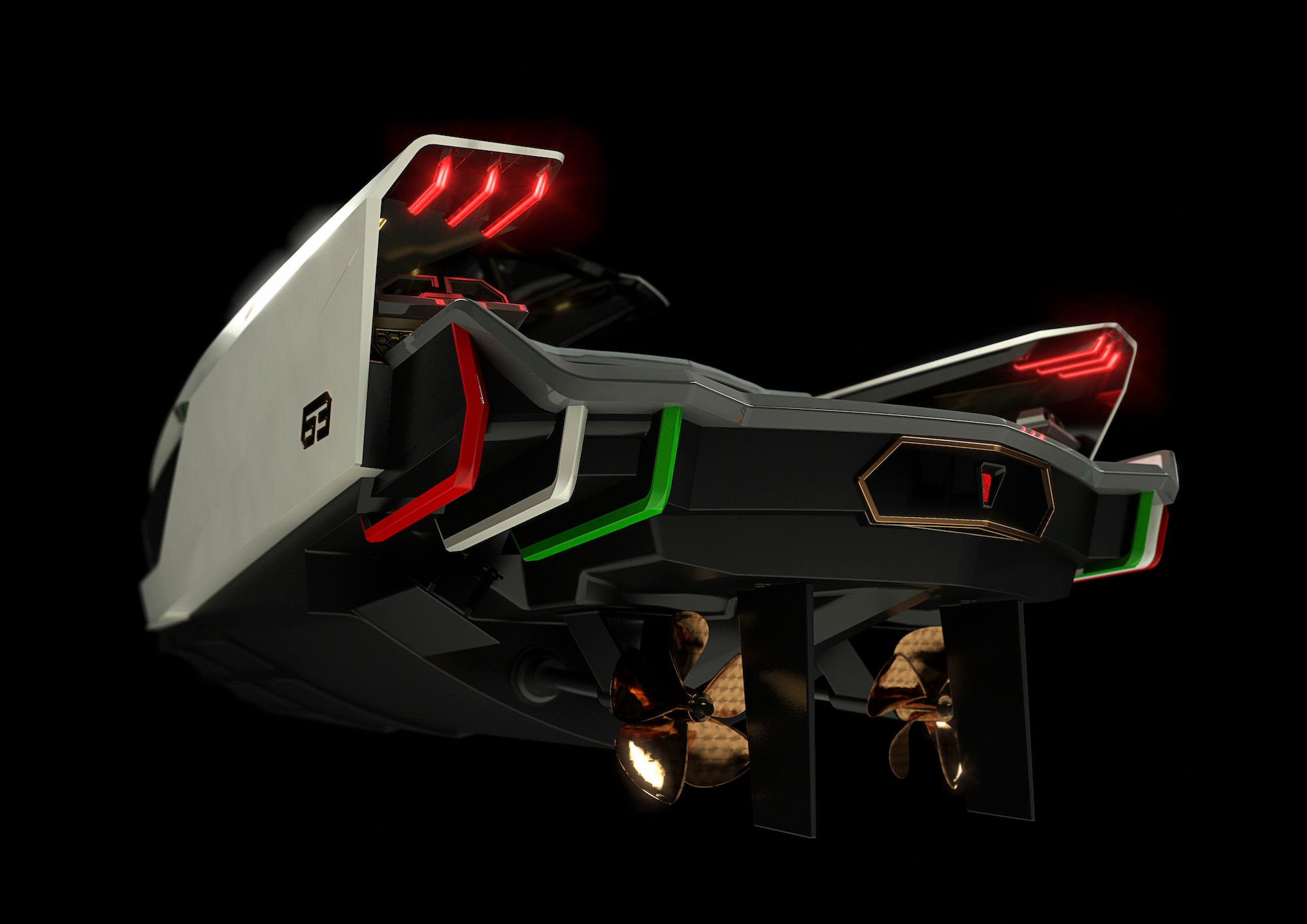 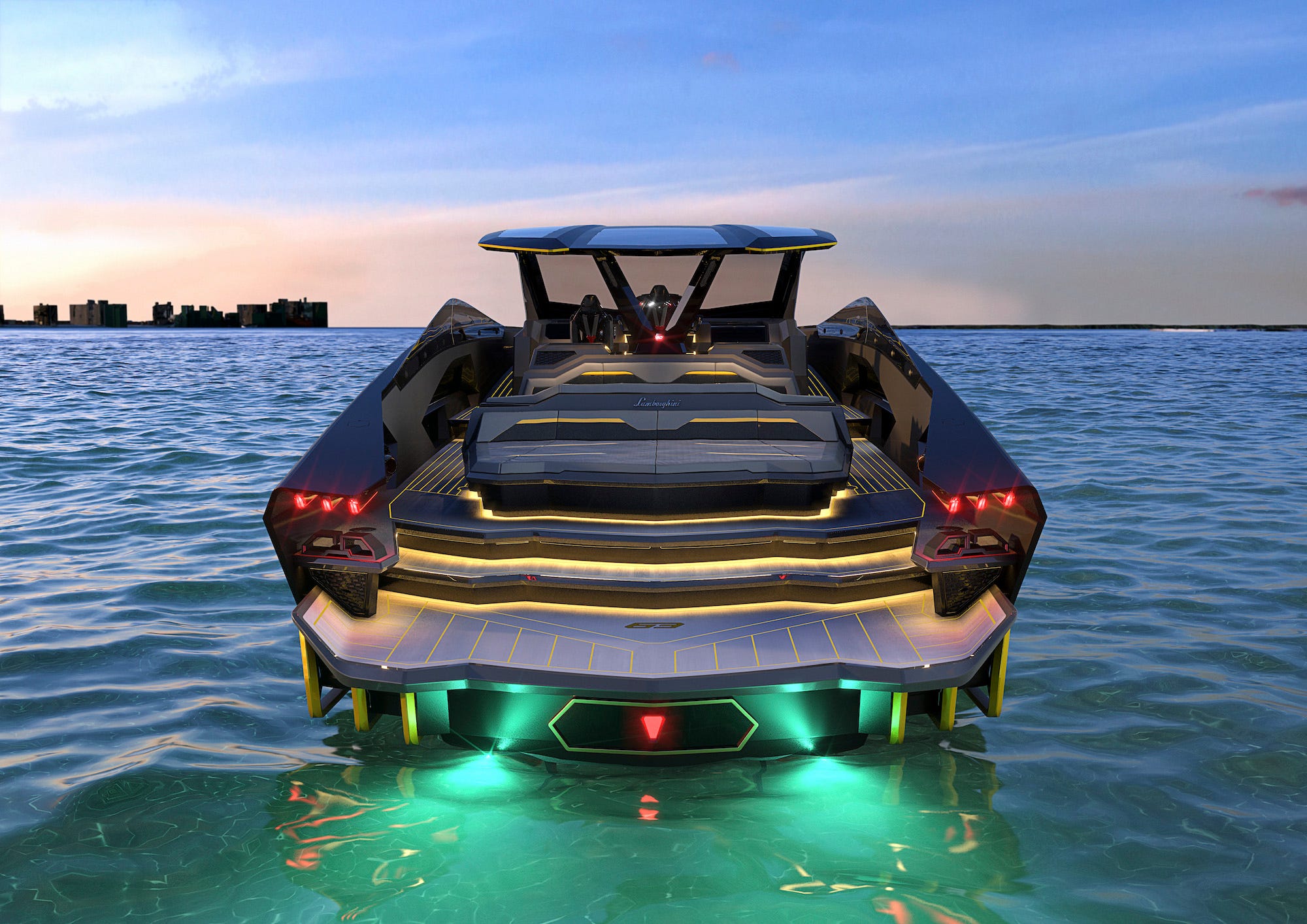 The bow lights are shaped like the Y-shaped front lights found on the concept Terzo Millennio. 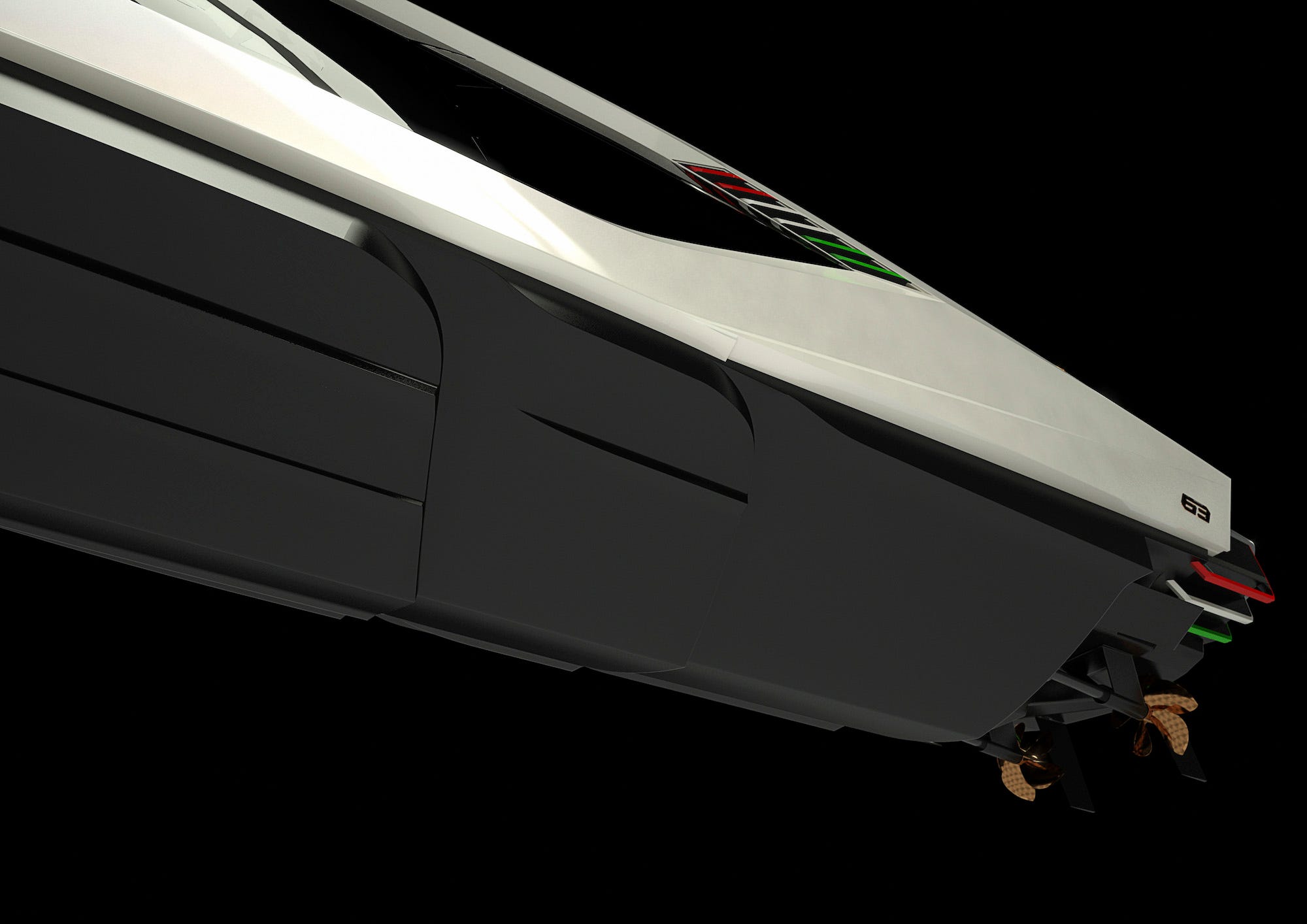 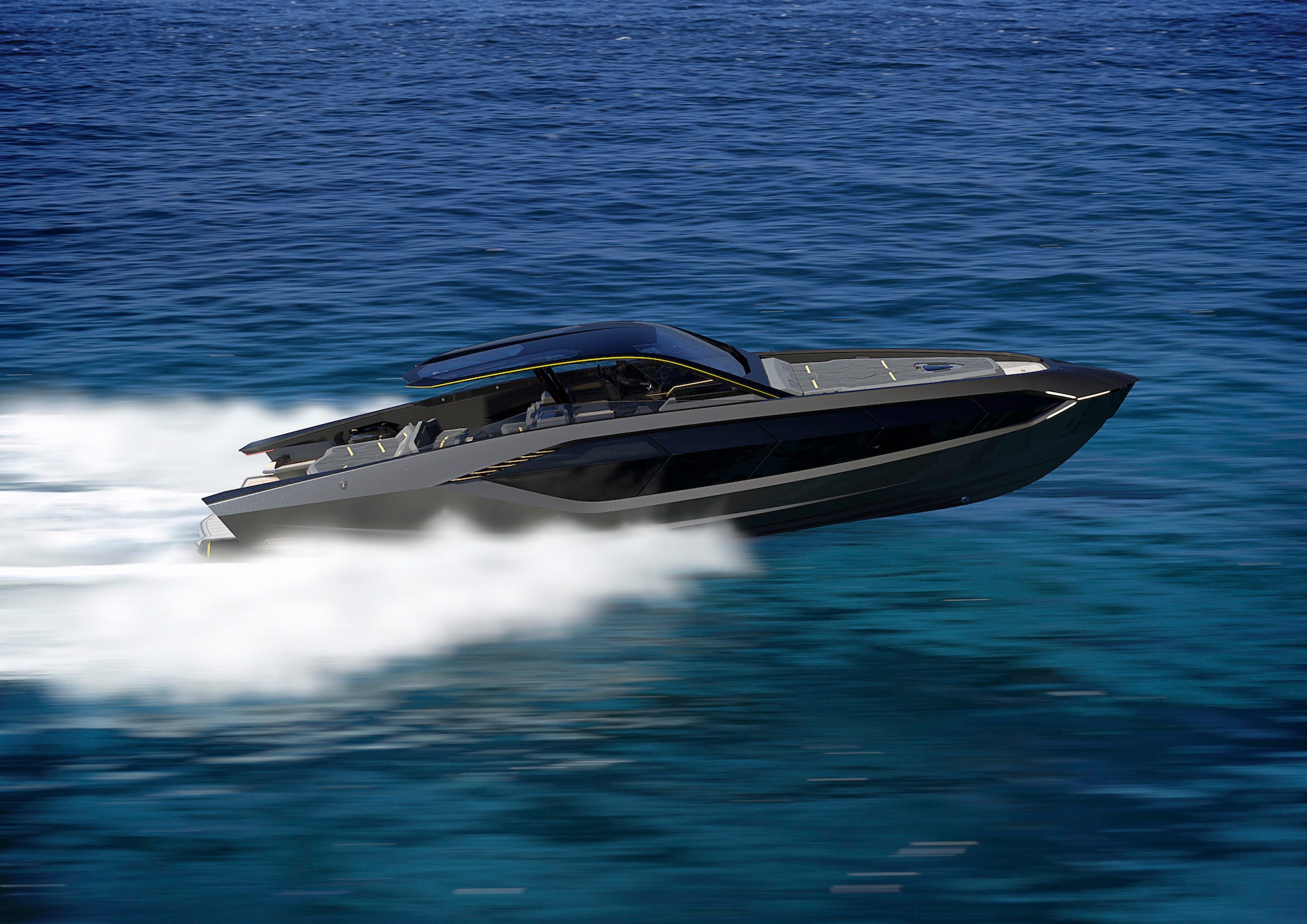 Lamborghini says the hull is made from a high-performance shell. 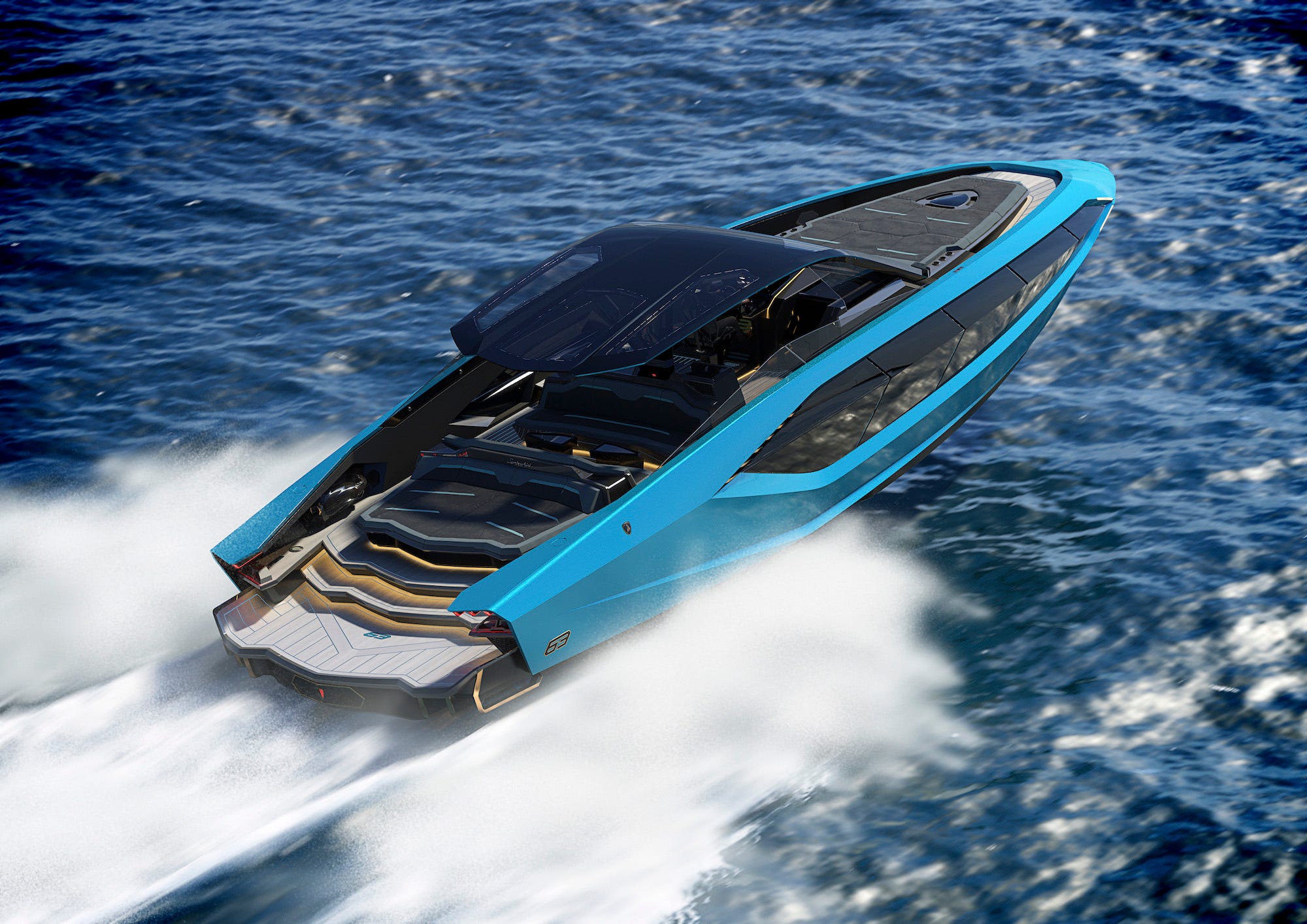 It was developed by naval engineers that apparently have a specialty in hydrodynamic sciences. 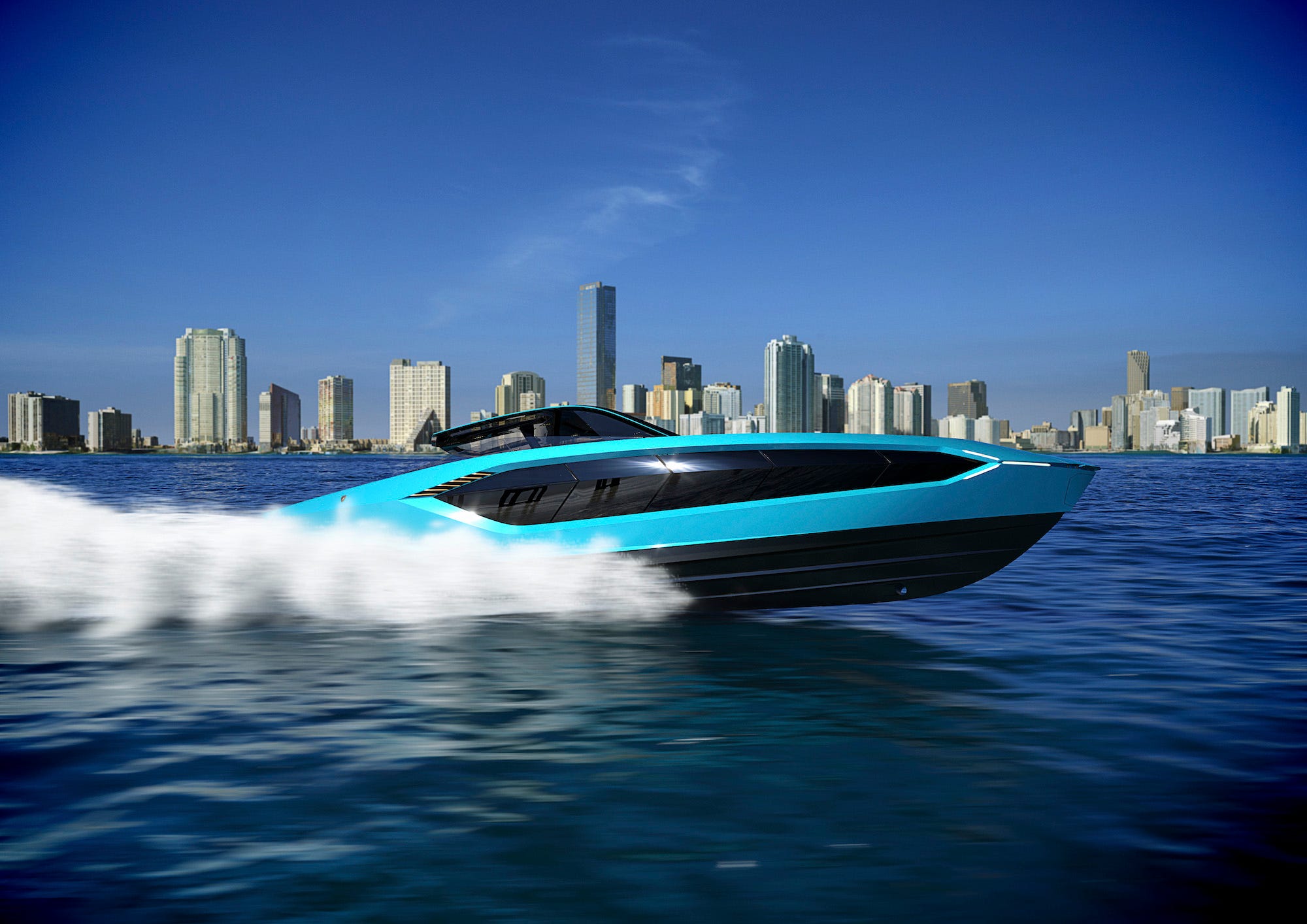 That curved windshield is pretty sweet. 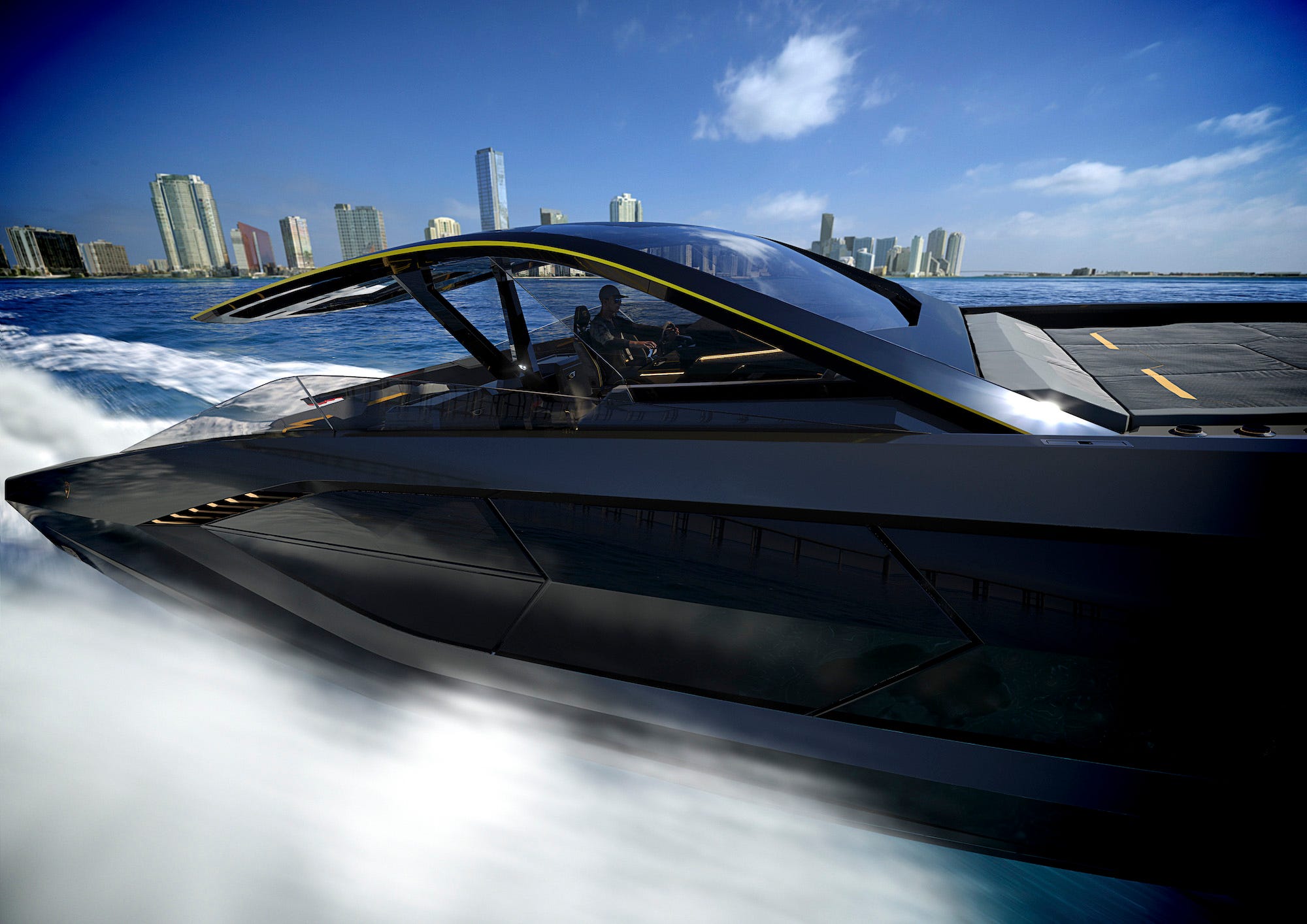 Imagine the wind hitting you in the face while riding in this thing. 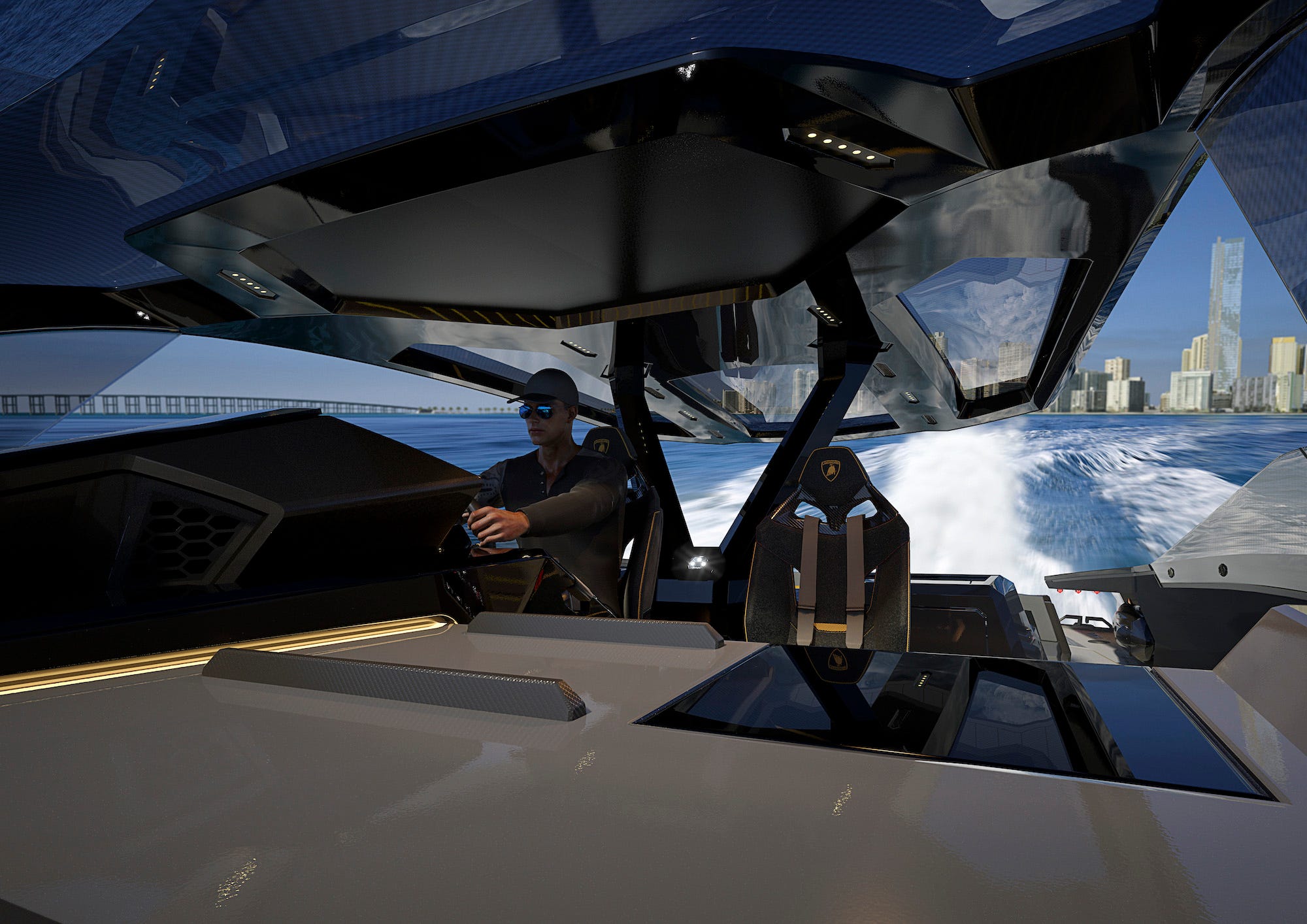 This green looks close to the one you see on Huracáns. 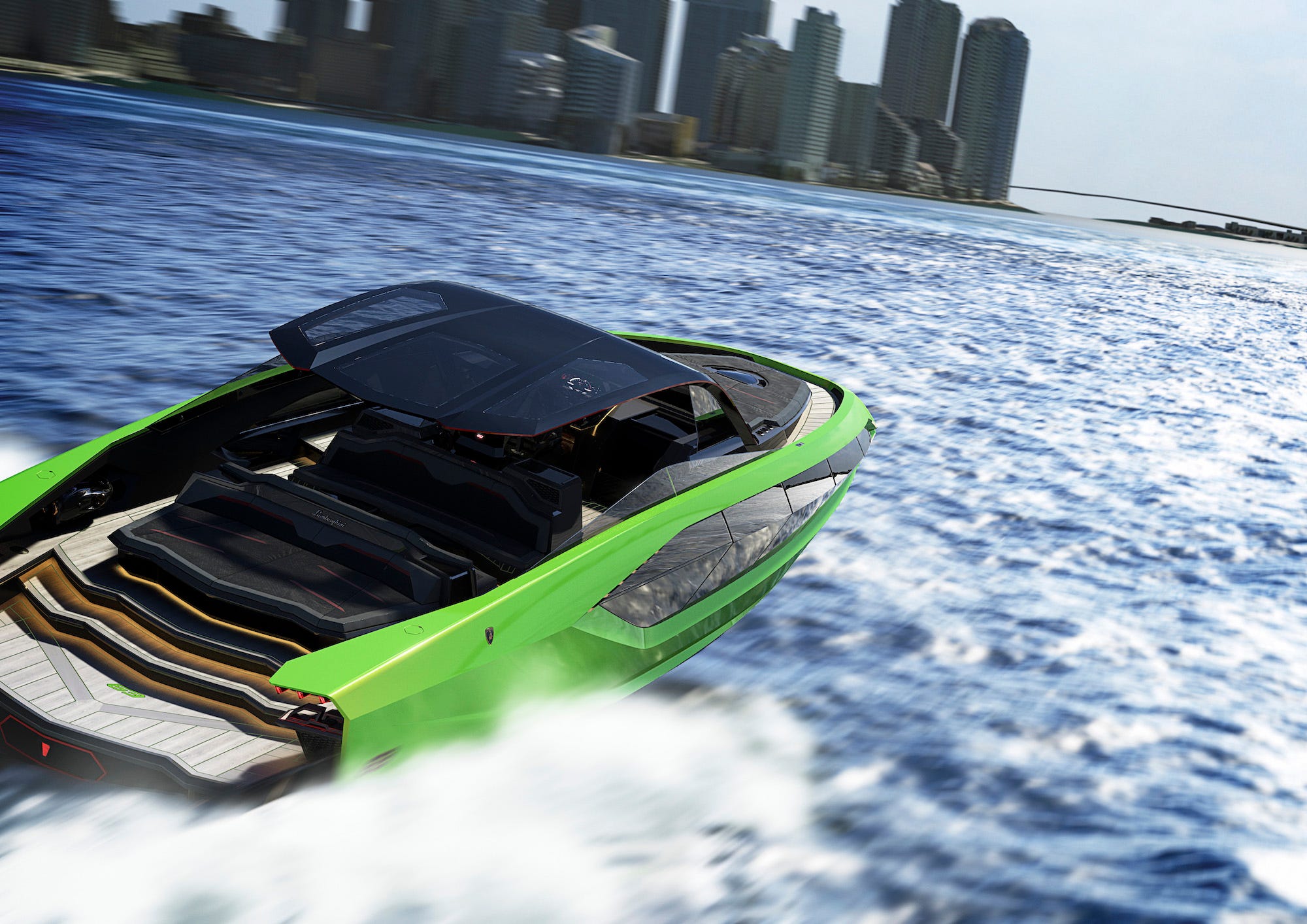 These lines are extremely Lamborghini. 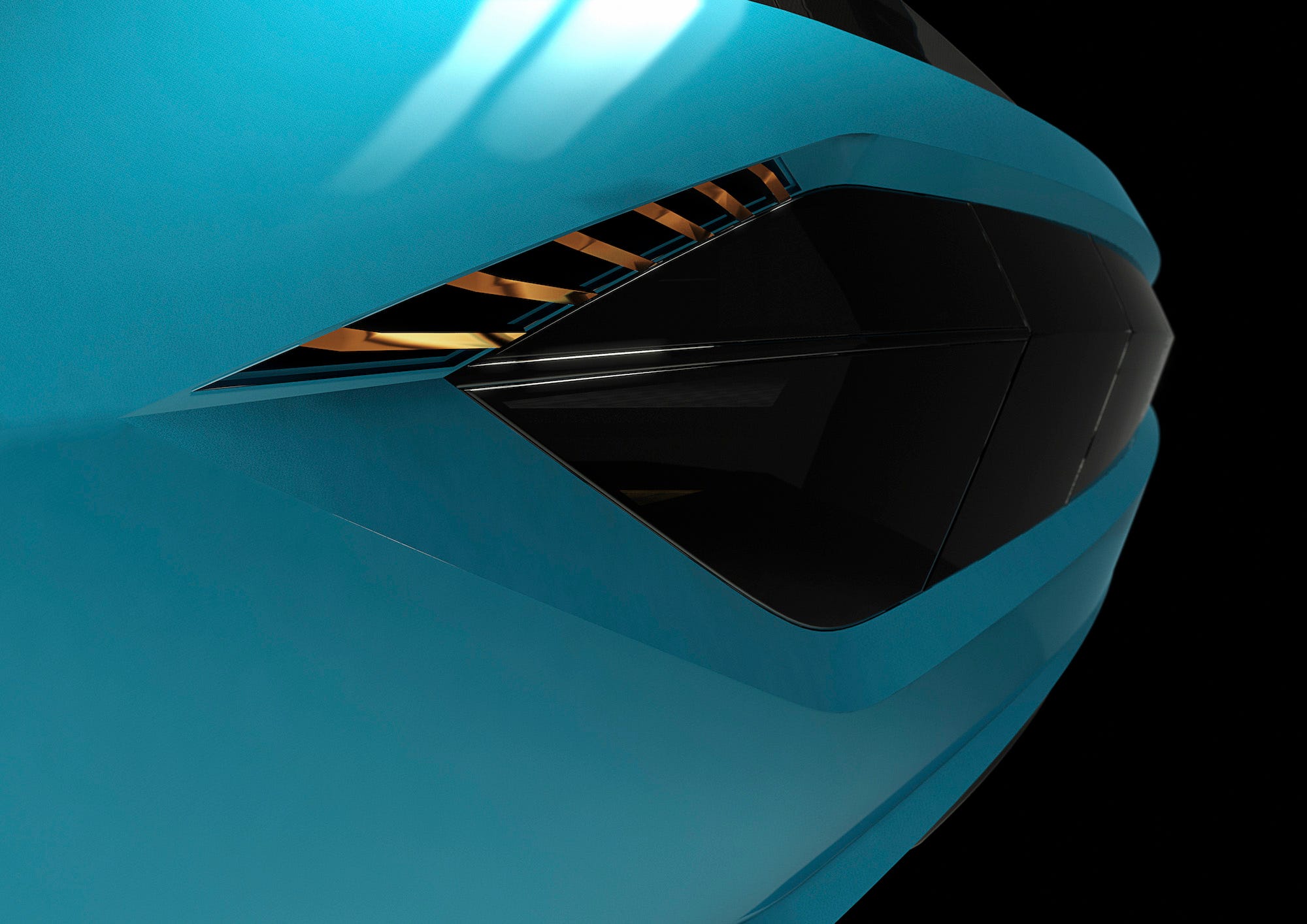 As is this front-end design. 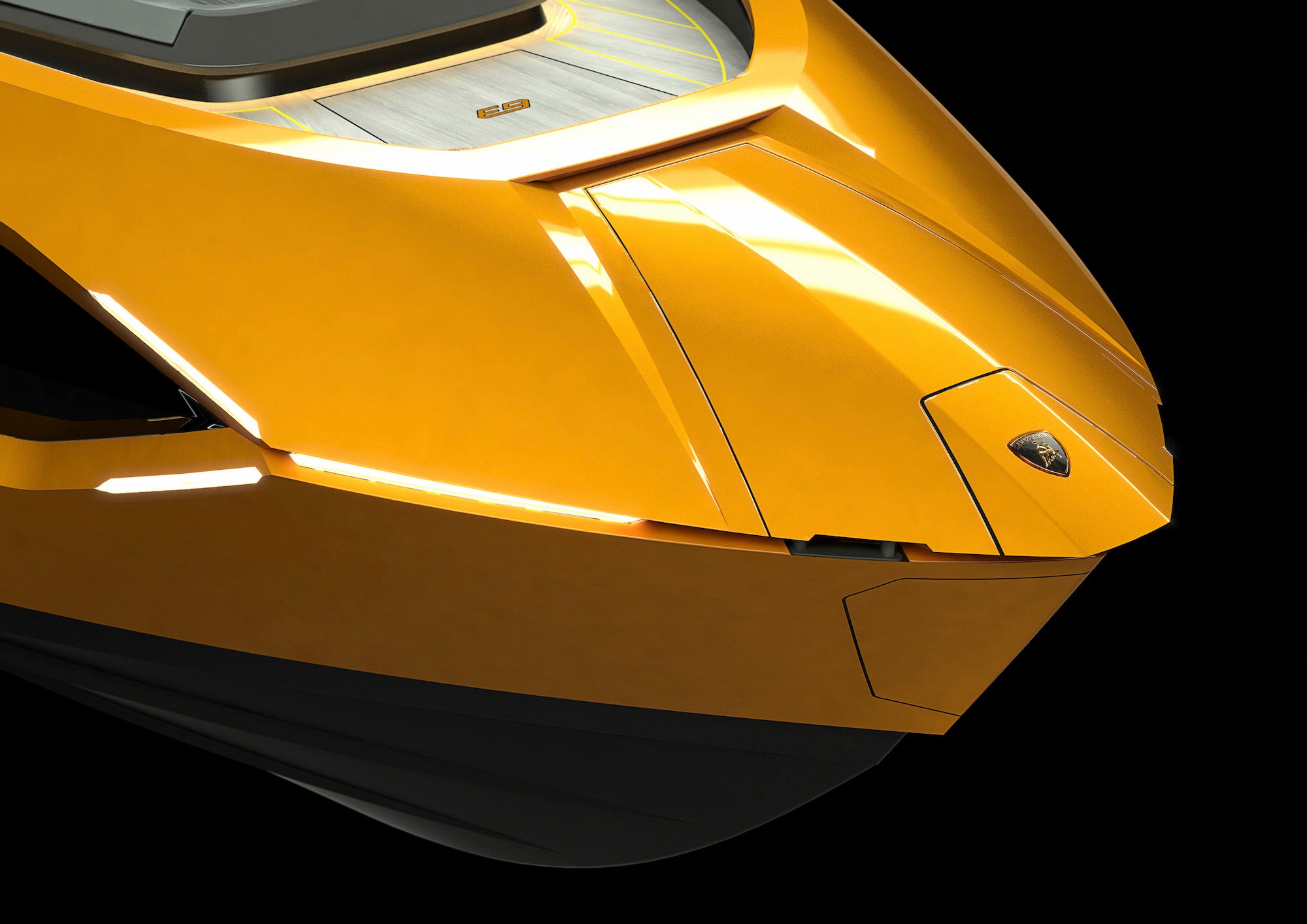 In fact, the whole thing is unmistakably Lamborghini. 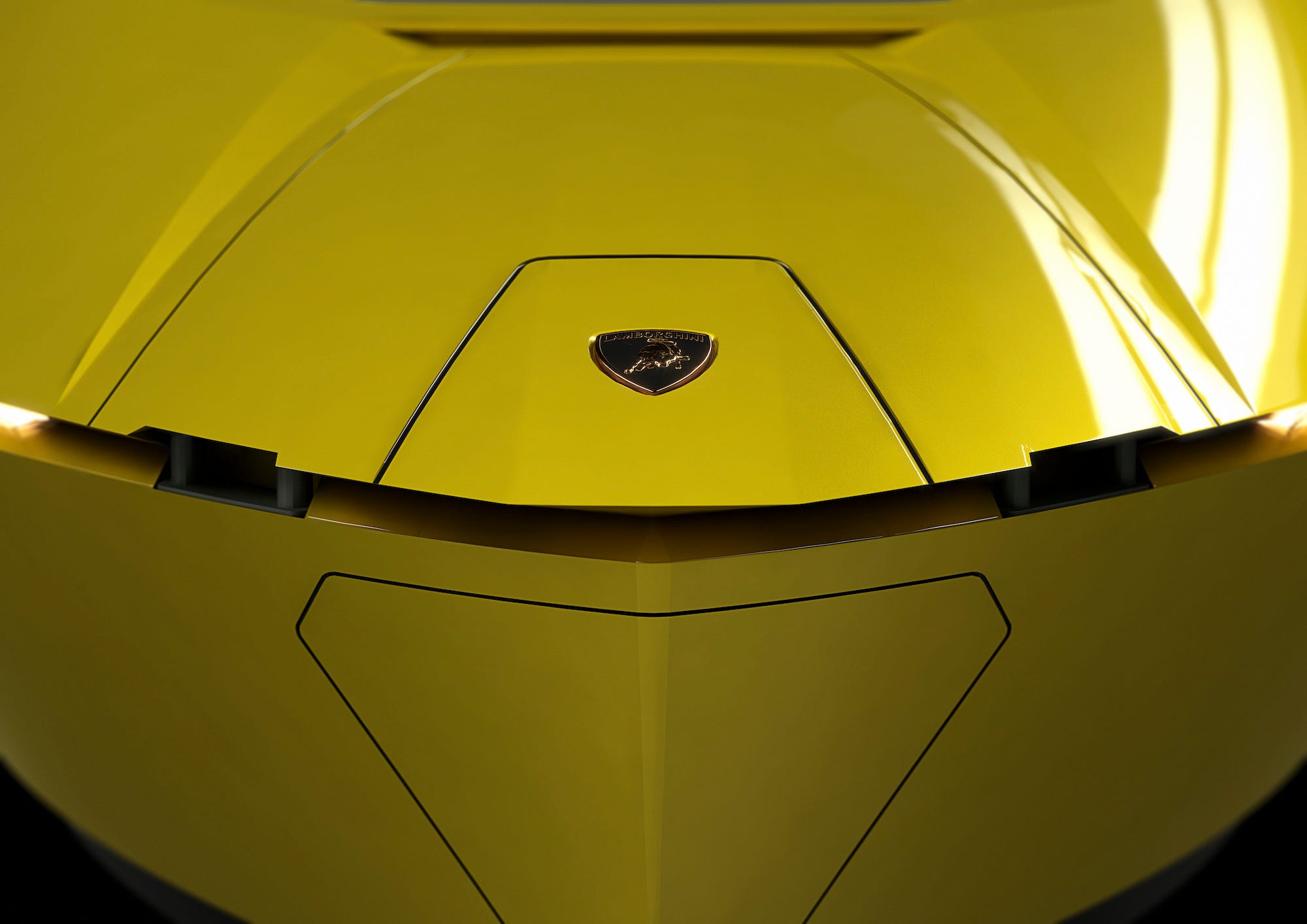 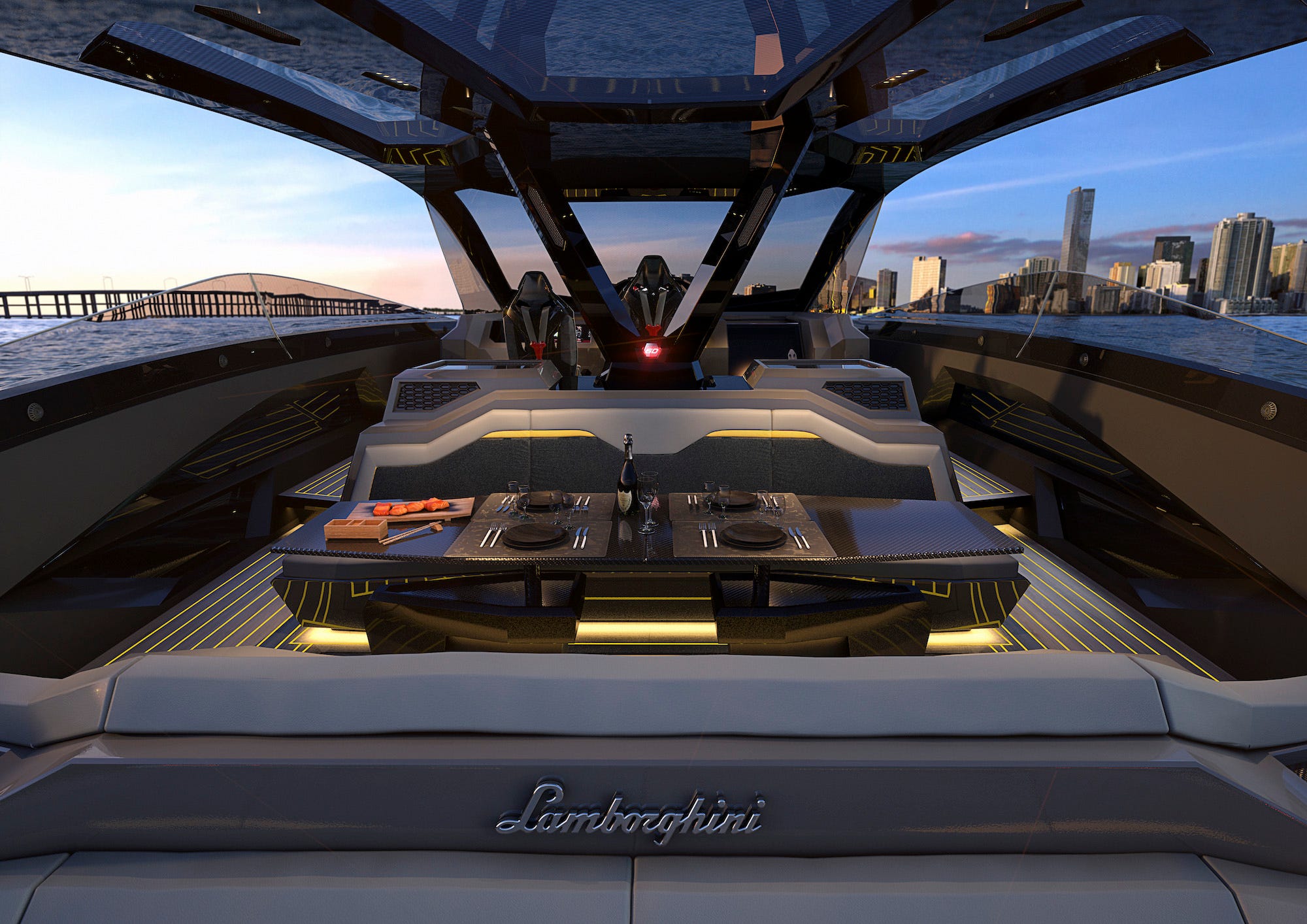 There’s a very extensive menu of colours and livery options customers can choose from. 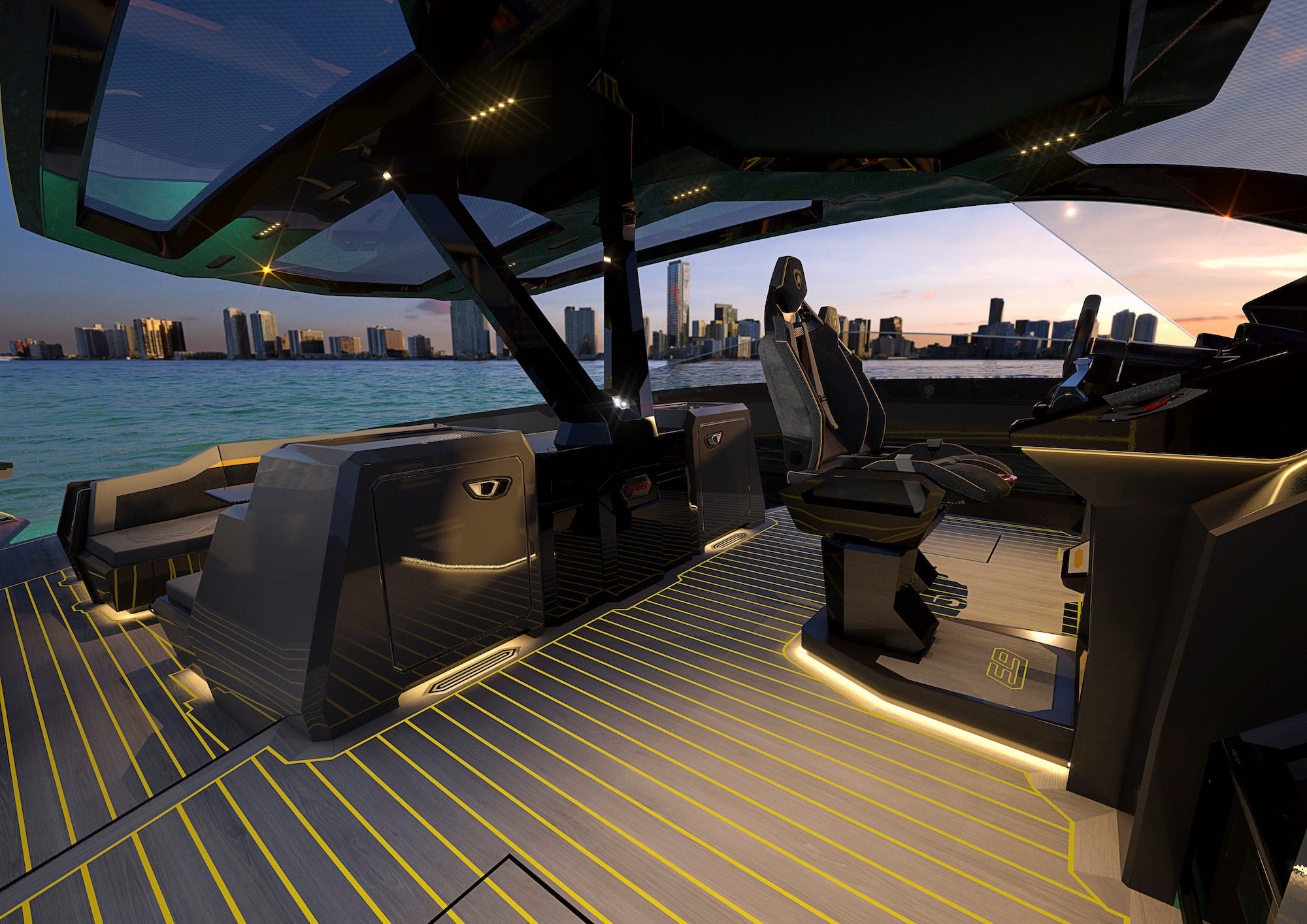 The instrument panel is similar to a car cockpit. 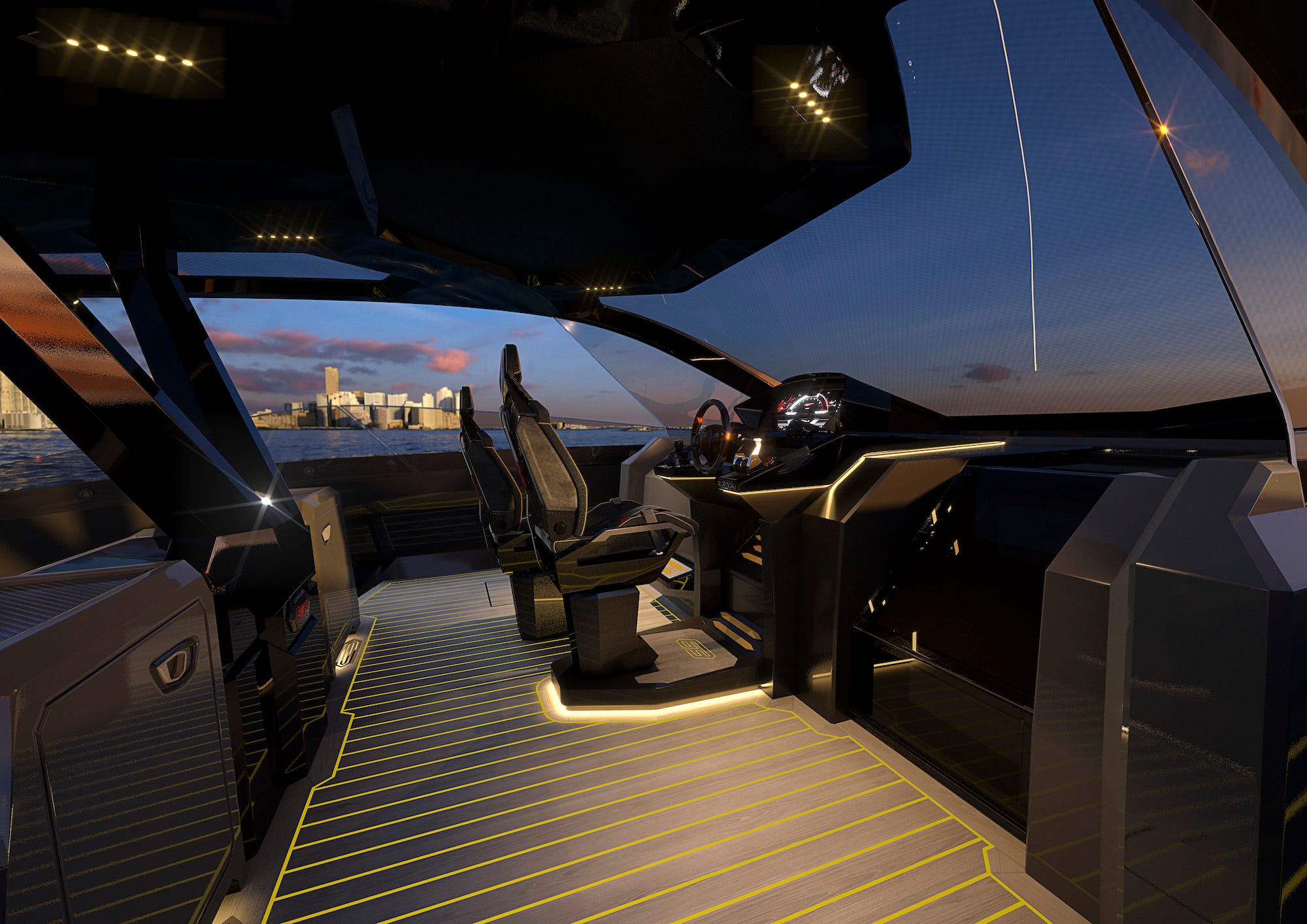 All the details are finished in carbon fibre. 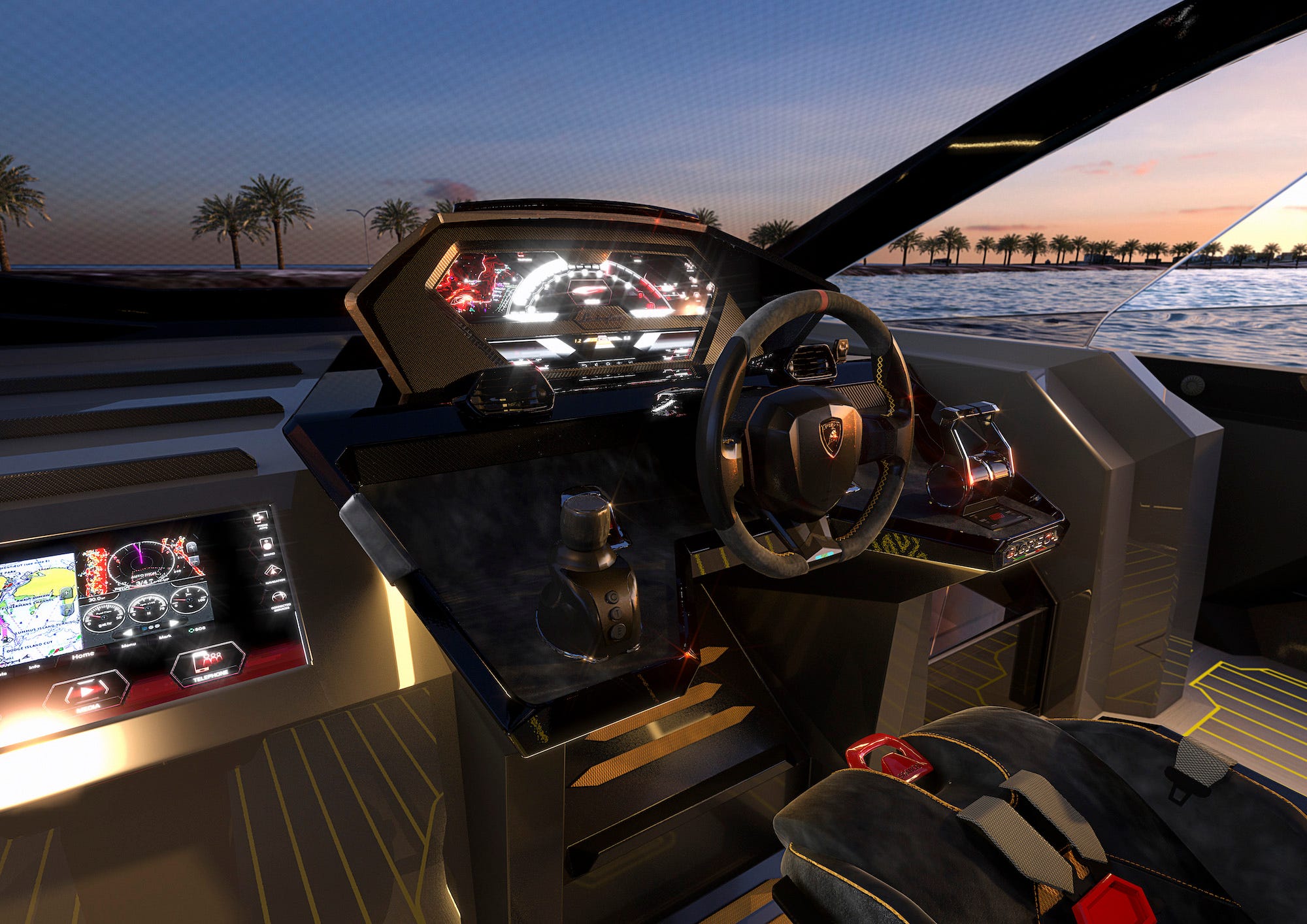 The Tecnomar for Lamborghini 63 starts at 3 million Euros, or approximately $US3.4 million. 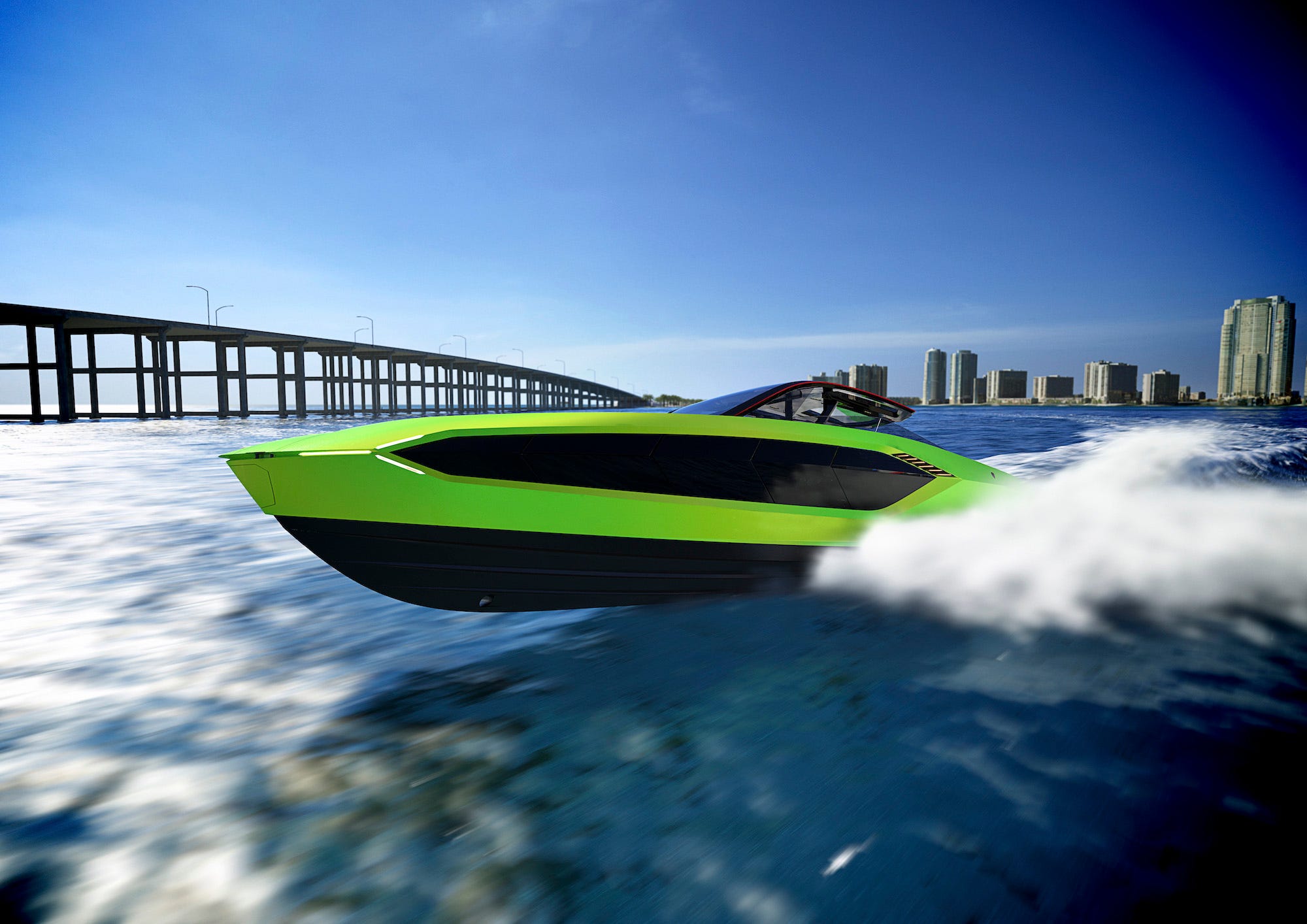 Lamborghini says the first boat will be available at the start of next year.