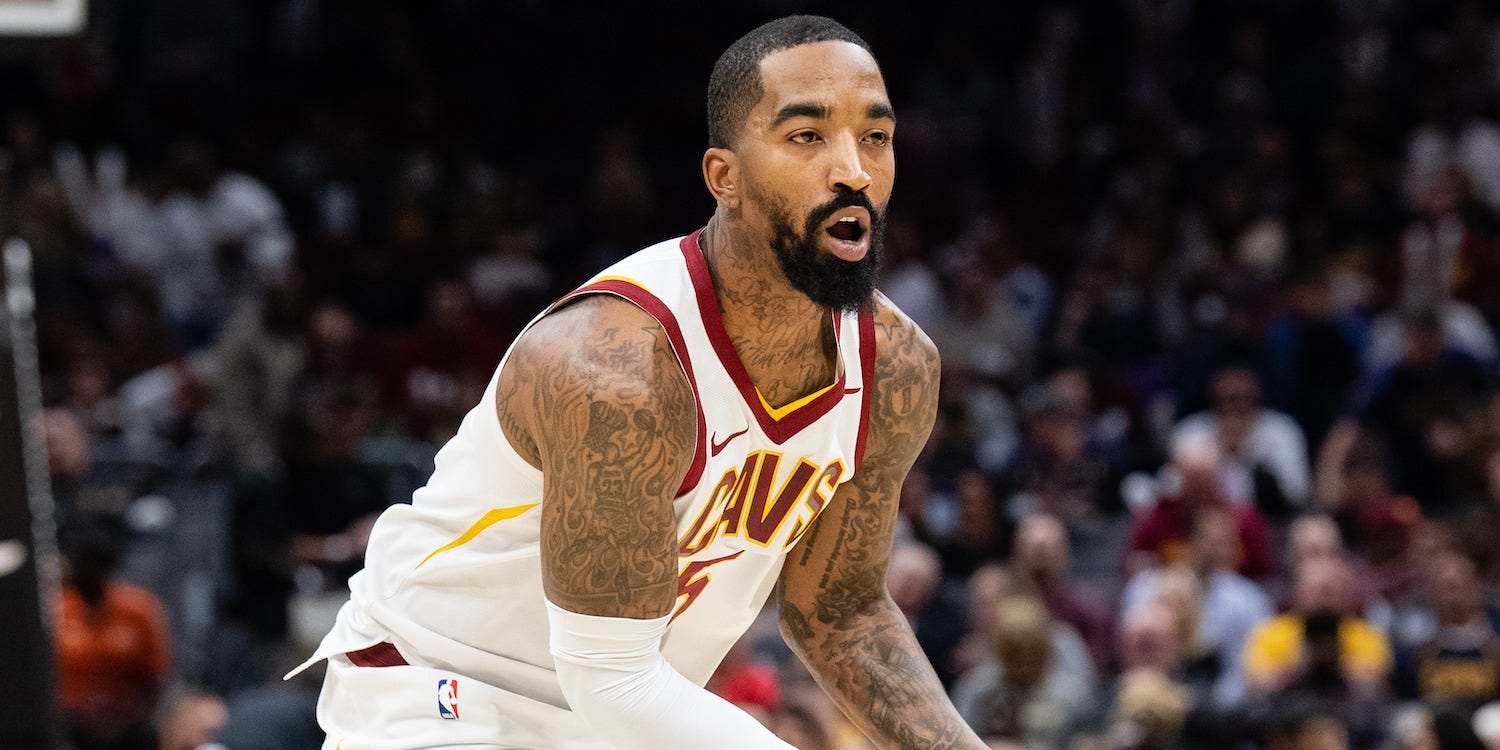 Jason Miller/Getty ImagesJ.R. Smith is signing with the Lakers.

The Los Angeles Lakers have built a championship-contending team with a roster full of big names and personalities.

The latest addition is J.R. Smith, a veteran guard the Lakers are reportedly signing to replace guard Avery Bradley, who has opted to sit out the season’s resumption in Disney World.

Smith won a championship with LeBron James and the Cleveland Cavaliers in 2016, serving as a valuable “3-and-D” wing in Cleveland from 2015 through 2018. However, he hasn’t played an NBA game since November 19, 2018, when he requested a trade from the Cavaliers. He was sent home from the team shortly after, eventually waived, and has not signed with a team since. 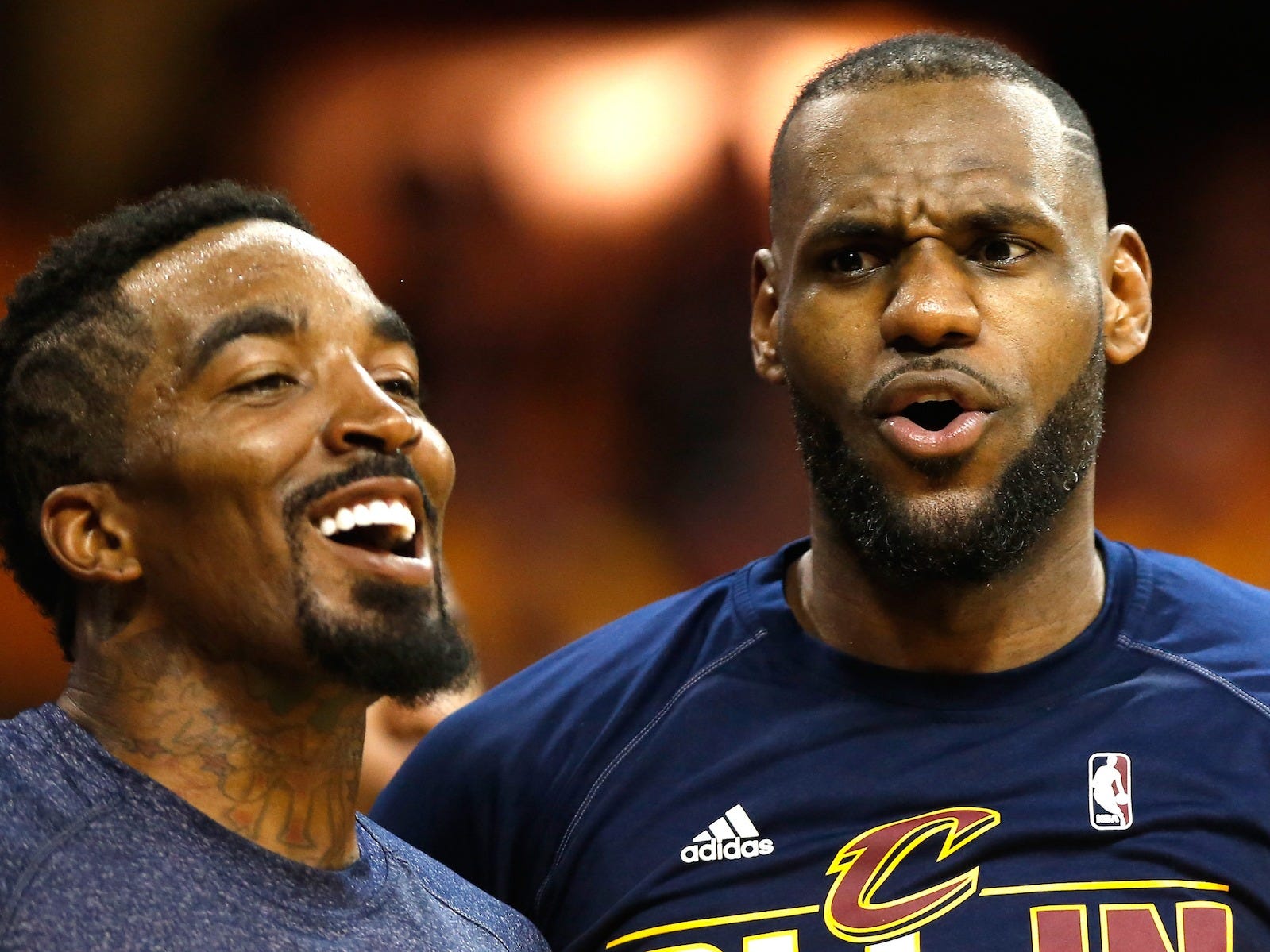 Gregory Shamus/GettyJ.R. Smith and LeBron James won a championship together in 2016.

Expectations are low as far as what Smith can bring on the floor. But to date, the Lakers’ team-building philosophy is clear: veterans who can step in and contribute right away.

However, it’s not just that the Lakers have signed veterans who were previously good players – they have signed some journeymen with big personalities or a history with James.

Consider some other players on their roster, all of whom signed or re-signed this offseason:

All of these players have had their share of famous (and infamous) moments on and off the floor. Smith was known to enjoy nightclubs and once forgot the score in a Finals game. Waiters reportedly had a bad trip after taking an edible on the Heat team plane this season and lives in gif-infamy for calling for the ball from James. Both Smith and Waiters have been known for their willingness to shoot the ball on any possession.

Teammates knew Howard for his gas. McGee has a career’s worth of on-the-court bloopers. Rondo has quarreled with coaches and teammates, has a photographic memory, and is a Connect Four genius. 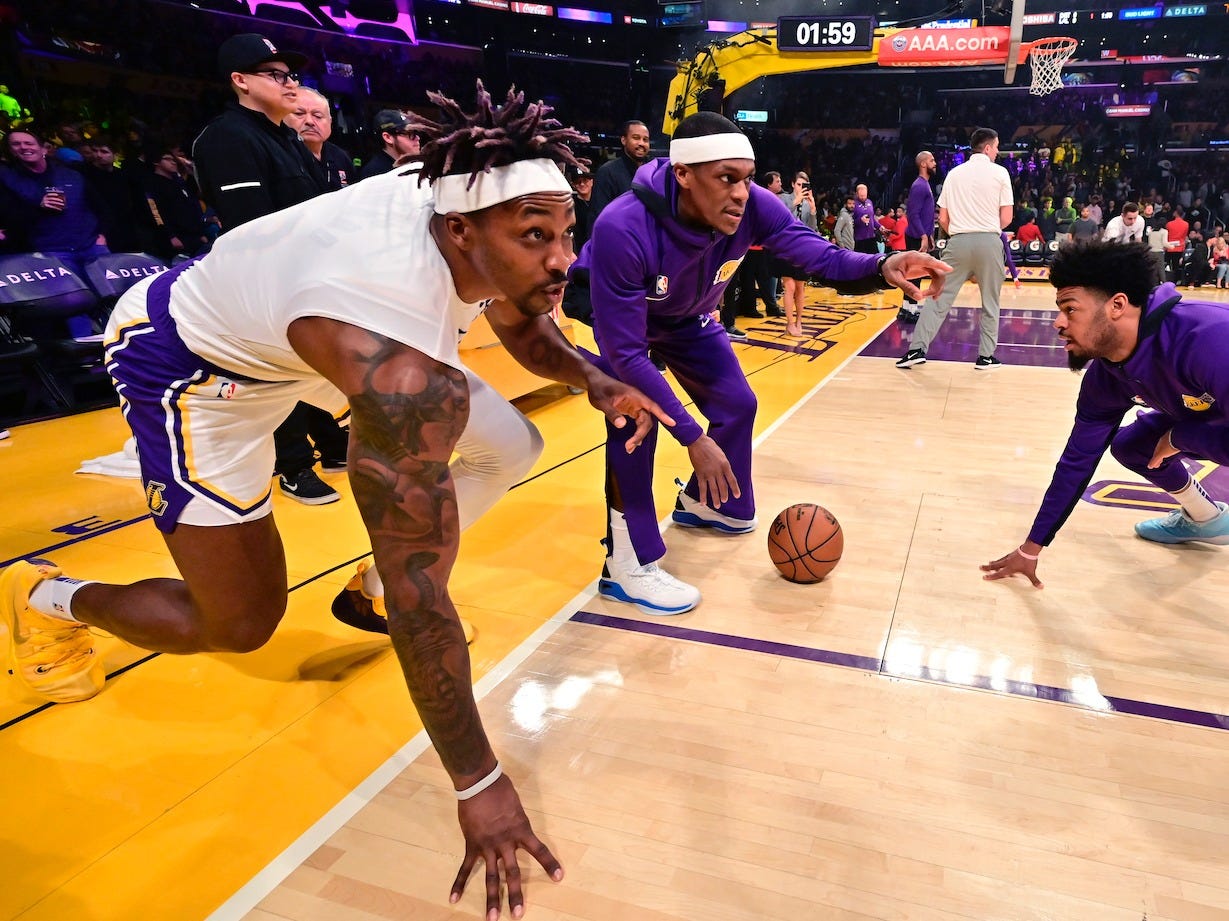 John McCoy/Getty ImagesDwight Howard and Rajon Rondo are two veteran journeymen to have impacts on the Lakers this season.

And to the Lakers’ credit, the surrounding pieces have worked. Along with wings like Danny Green and Kentavious Caldwell-Pope (both on short-term deals), third-year forward Kyle Kuzma, and reserve guard Alex Caruso, the Lakers have a cast of players who defend, share the ball, and stay in their roles on offence. The Lakers are one of three teams to have top-five offensive and defensive ratings.

Of course, the bulk of the credit goes to James and Davis. Even at 35, James is the engine of the Lakers offence, and Davis is the Lakers’ most important two-way player.

But when the season resumes in late July in Orlando, few teams will boast a roster like the Lakers – a mix of skilled, hilarious journeymen, together for perhaps just one season. And they will all be quarantined together in Disney World.