Seventy-two percent of US tech workers are considering quitting their jobs in the next 12 months, according to a new survey from learning software firm TalentLMS and Workable.

About four in ten of the 1,200 IT, software, and tech workers surveyed said that limited career progression made them think about leaving their jobs.

Just under a third of respondents said a lack of remote working options was making them consider quitting, too.

Eighty-five percent of respondents said that they felt their company focused more on attracting new employees than investing in existing staff. They said that more training and learning would make them feel more motivated, and that so would greater flexibility in where and when they worked.

Another 58% of all respondents said they were suffering from job burnout, though only 30% of those thinking of quitting cited burnout as a top reason why.

The US is suffering from a huge labor shortage, catalyzed by the pandemic, and people are reassessing what they want from work.

This has fueled the “Great Resignation,” with record numbers of people quitting their jobs. Some are returning to education, while others are swapping industries or going freelance.

A separate survey by Joblist found that 73% of Americans were considering quitting their job, with more than a quarter of these people saying they would feel comfortable quitting their job without a new one lined up.

The labor shortage has hit industries ranging from education and healthcare to trucking and restaurants.

To plug their labor shortage, some companies have hiked up wages and started offering hiring bonuses.

Some chip companies, including Intel, are even hiring students who are still in college to plug a labor shortage amid surging demand for semiconductors. 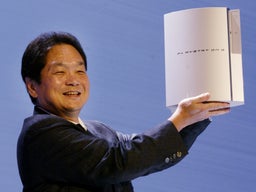