Hotels are scrambling to find perks to both recruit and retain employees amid a US labor shortage that’s causing some businesses to cut operating hours, slash production, and raise prices.

Some hotels are offering long-term perks, such as expanded healthcare access and higher wages, while others are turning to one-off quick fixes, such as free fitness machines, cash bonuses, and a set of knives for kitchen staff.

The Gansevoort Meatpacking hotel in New York City gave senior staffers a $1,345 connected-fitness machine, called The Mirror, when they returned to the hotel after working virtually for eight months, Fox Business reported.

Cape Resorts, which could only fill 75% of roles at its New Jersey and New York beachfront properties in May, is now giving staff free accommodation and board alongside a hospitality training program so they can learn new skills such as accounting and marketing.

“We do have housing opportunities here and we’re leveraging those in our recruitment,” Cape Resorts CEO Curtis Bashaw told Fox Business. “It’s a full employment package where they can come be by the beach and learn a new industry.”

Omni Hotels and Resorts told The New York Times that it was offering free hotel stays for some summer employees while they work, as well as bumping up wages.

“We have never taken guest rooms out of inventory for housing before,” Joy Rothschild, the company’s chief HR officer, said.

It’s also giving new employees three free nights at an Omni hotel of their choice, and giving kitchen staff a free set of knives alongside weekly sit-downs with executive chefs.

“We needed to do something to grab the attention of culinary students,” Rothschild told The Times. “I’ve seen a lot of people offering monetary incentives, but we didn’t feel that was enough. The college students coming want something more than the paycheck.”

ACE Hotel New Orleans, meanwhile, is offering health benefits, which include medical, dental, and vision healthcare, to employees from their first day, Fox Business reported. Before the pandemic, there was a 90-day wait.

Visa problems for international employees are making it worse

More people have been quitting their jobs, too. The Labor Department said that about 4 million workers in the US quit their jobs in April – a 20-year record.

As the US economy reopens, industries from healthcare to hospitality and ride-hailing apps have been hit by a huge labor shortage which the US Chamber of Commerce called a “national economic emergency.”

The Federal Reserve said that the tight labor market could last months, but Bank of America expects the job market to recover by early 2022. 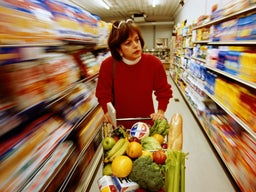