But if your shrimp came from this petri dish rather than the ocean – would you eat it?

This is lab-grown shrimp. It was made by the Singapore-based startup Shiok Meats.

Travis Teo, Reuters journalist: “It just tastes like a regular dumpling. In terms of the texture, it’s mincemeat. The taste is pretty much what you would expect out of a restaurant.”

You start by extracting cells, feeding them nutrients, and then keeping them at a steady 82 degrees to help them multiply. 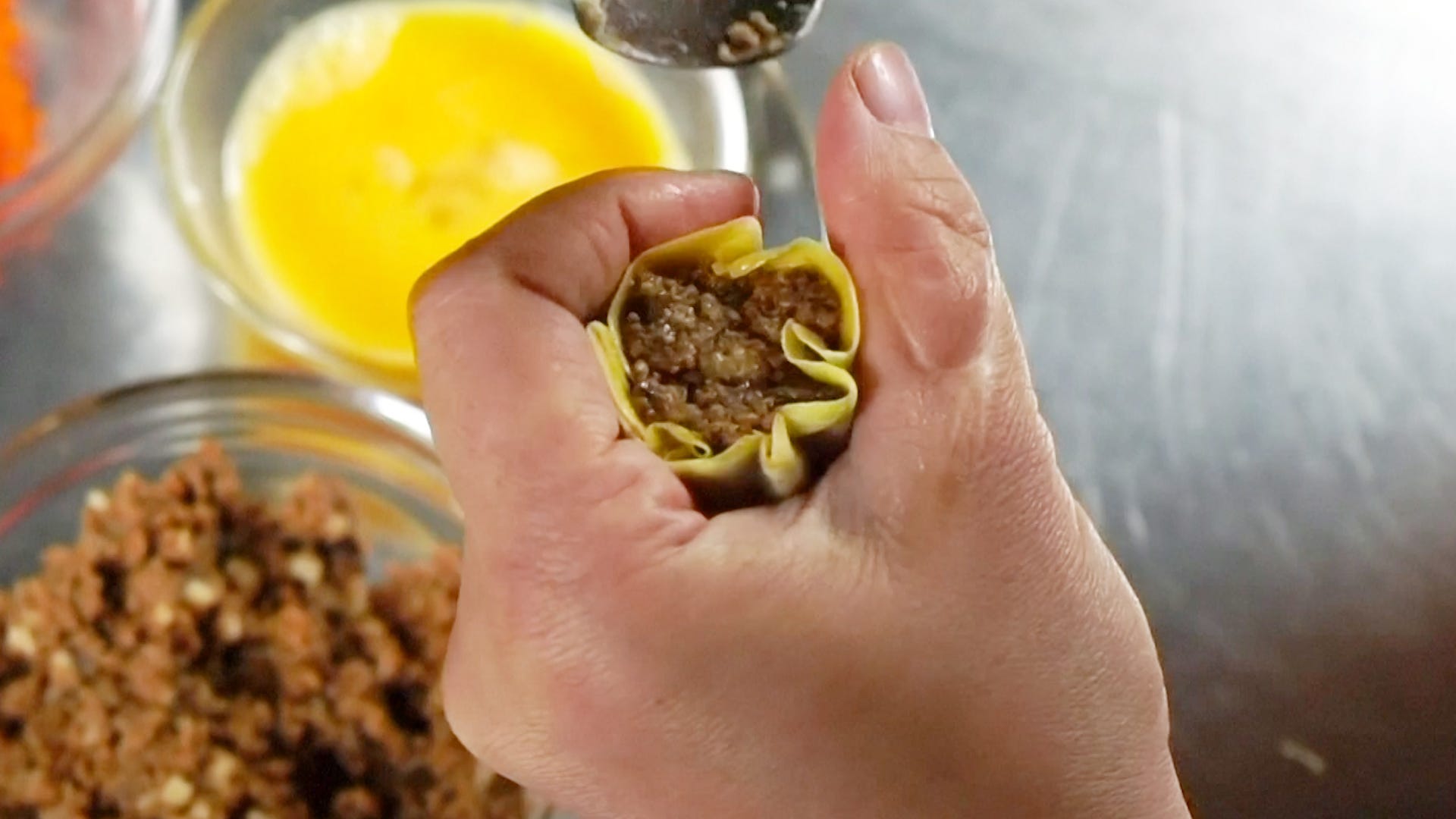 Shiok Meats, ReutersLab-grown shrimp like the type being developed by Shiok Meats costs $US5,000 a kilo.

Ka Yi Ling, cofounder and chief scientific officer of Shiok Meats: “There are little black bits in there. That’s from the live shrimp and prawn, and the red solution, it’s in other nutrients that we feed it. It’s a mix of fatty acids, amino acids, proteins, and sugars.”

Sandhya Sriram, cofounder and CEO of Shiok Meats: “Once we let this go on for a couple of weeks, the next step is to convert the stem cells into muscle fibres, which is your meat. And that also happens within the same vessel by changing some of the parameters like the mixing speed, the pH, the oxygen and so on.”

The stem cells turn into edible “meat” in four to six weeks – about three times faster than growing them the old-fashioned way.

But speed comes at a high cost – one kilo of lab-grown shrimp costs $US5,000, putting your typical dumpling at around $US300. 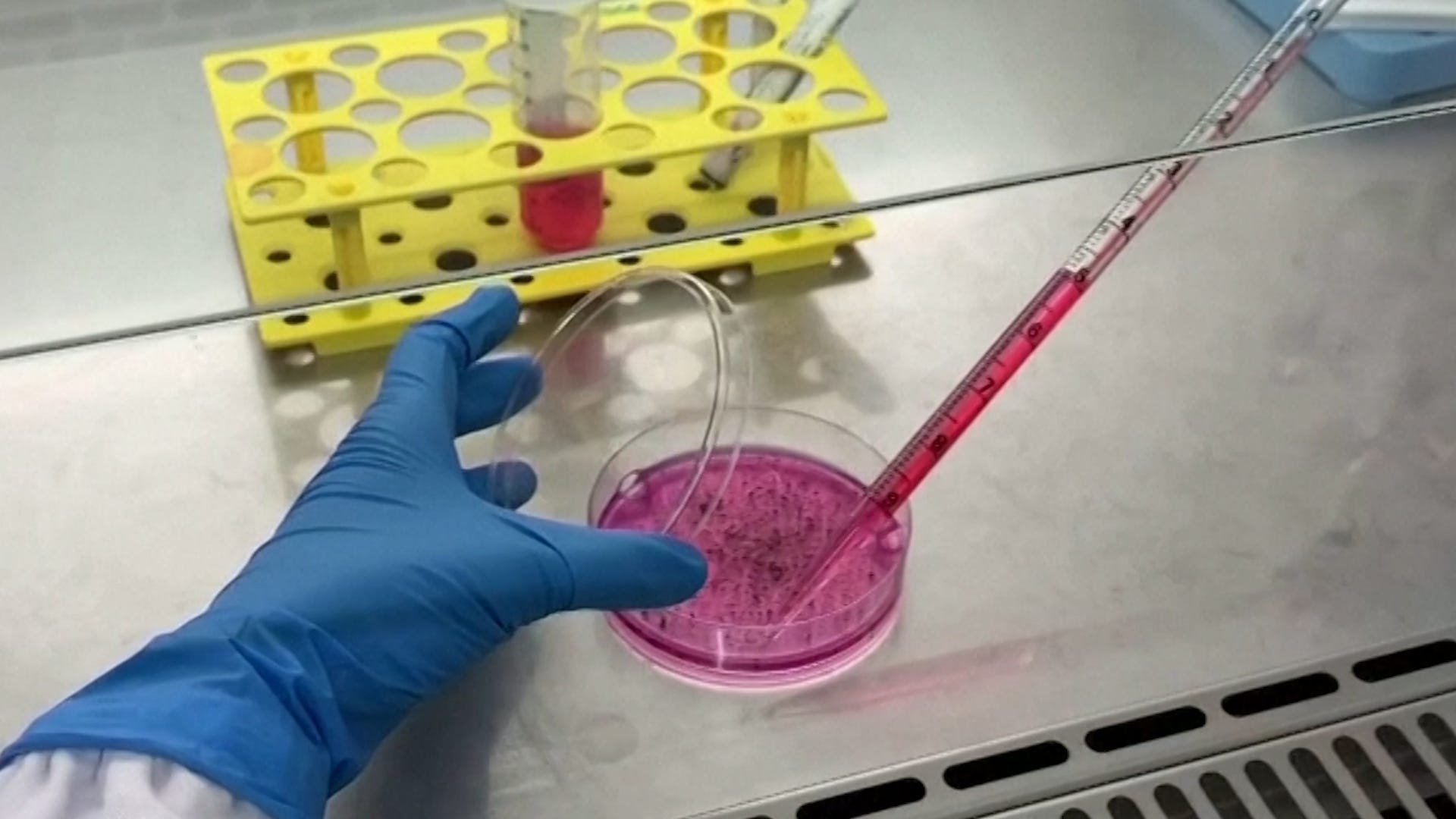 Sriram: “Ninety per cent of our cost from that is actually this nutrient solution, this pink-coloured solution that is everywhere.”

Shiok is part of a booming “alternative meat” industry that, according to Barclays, will grow to $US140 billion in the next decade.

Dozens of companies are already working on lab-grown fish, beef, and chicken. Shiok is hoping to appeal to a different kind of customer.

Sriram: “It’s a very young industry, and most of the companies that have started in the last three to four years have concentrated on red and white meat, because that is what is consumed much more in the West.”

But there’s also an environmental angle – traditional shrimp farming can lead to deforestation and land erosion. 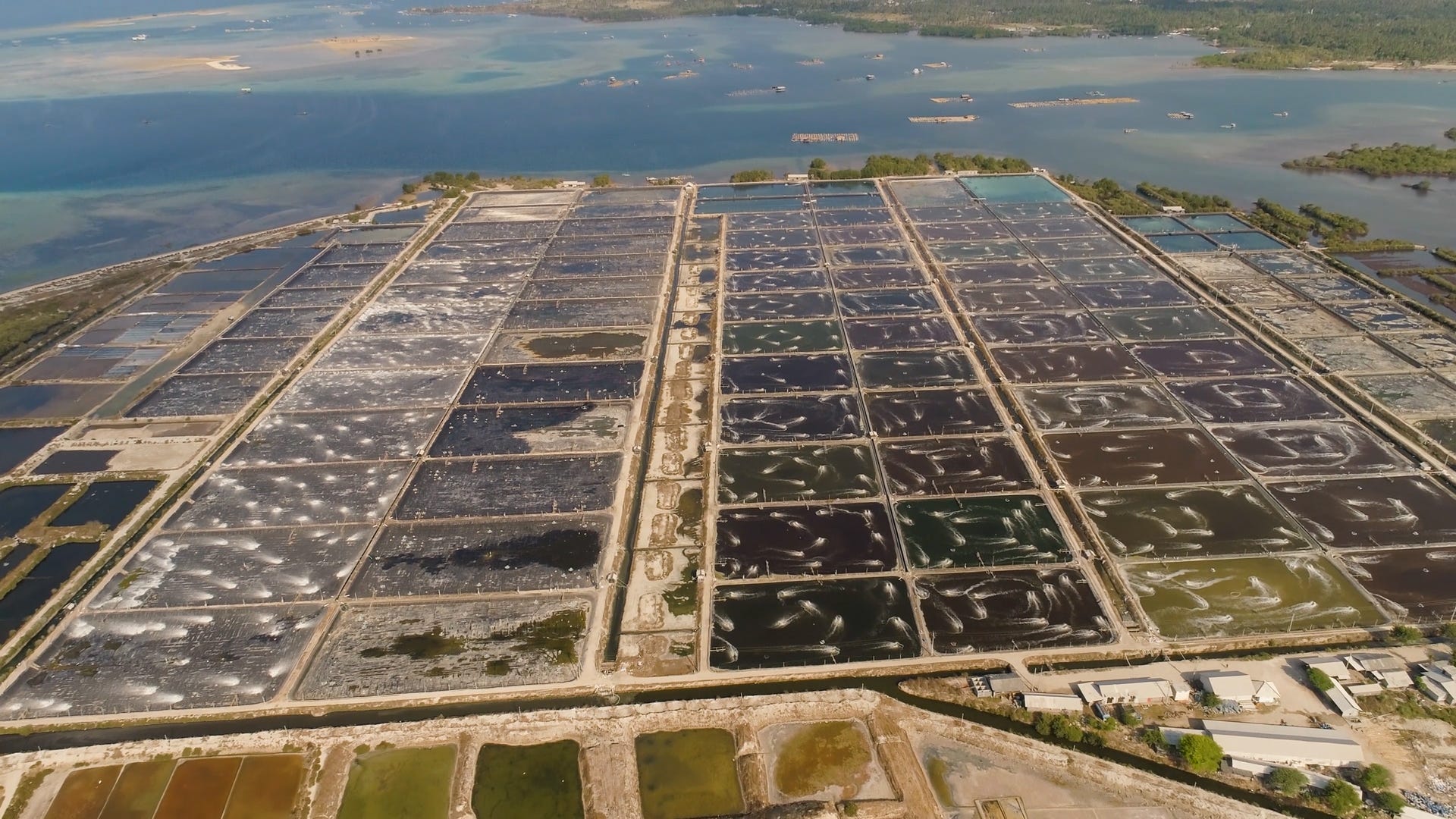 Paul Teng, dean and managing director of the National Institute of Education International: “Shrimp culture is one of the worst in terms of environmental effects. You’ve probably heard of the stories in Thailand where they cleared large areas of mangroves and they destroyed all the mangroves for shrimp farms.”

“By taking the pressure off these areas through basically artificial culturing, you are actually allowing them time to regenerate.”

But is the marketplace ready for petri-dish shrimp? A recent survey found that Americans are mixed when it comes to what experts call “clean meat.”

If shrimp isn’t to your liking, maybe you’d try lab grown crab or lobster – Shiok plans to move on to those other crustaceans next.