The Brooklyn Nets formed the NBA’s newest super-team on Wednesday by pulling off a blockbuster deal for James Harden.

The Nets have now combined Kevin Durant, Kyrie Irving, and Harden, three of the NBA’s premier scorers, onto one team. Their offensive fire-power will be immense.

But Harden’s fit won’t be as simple as plug-and-play, and Irving stands to be the most affected player. 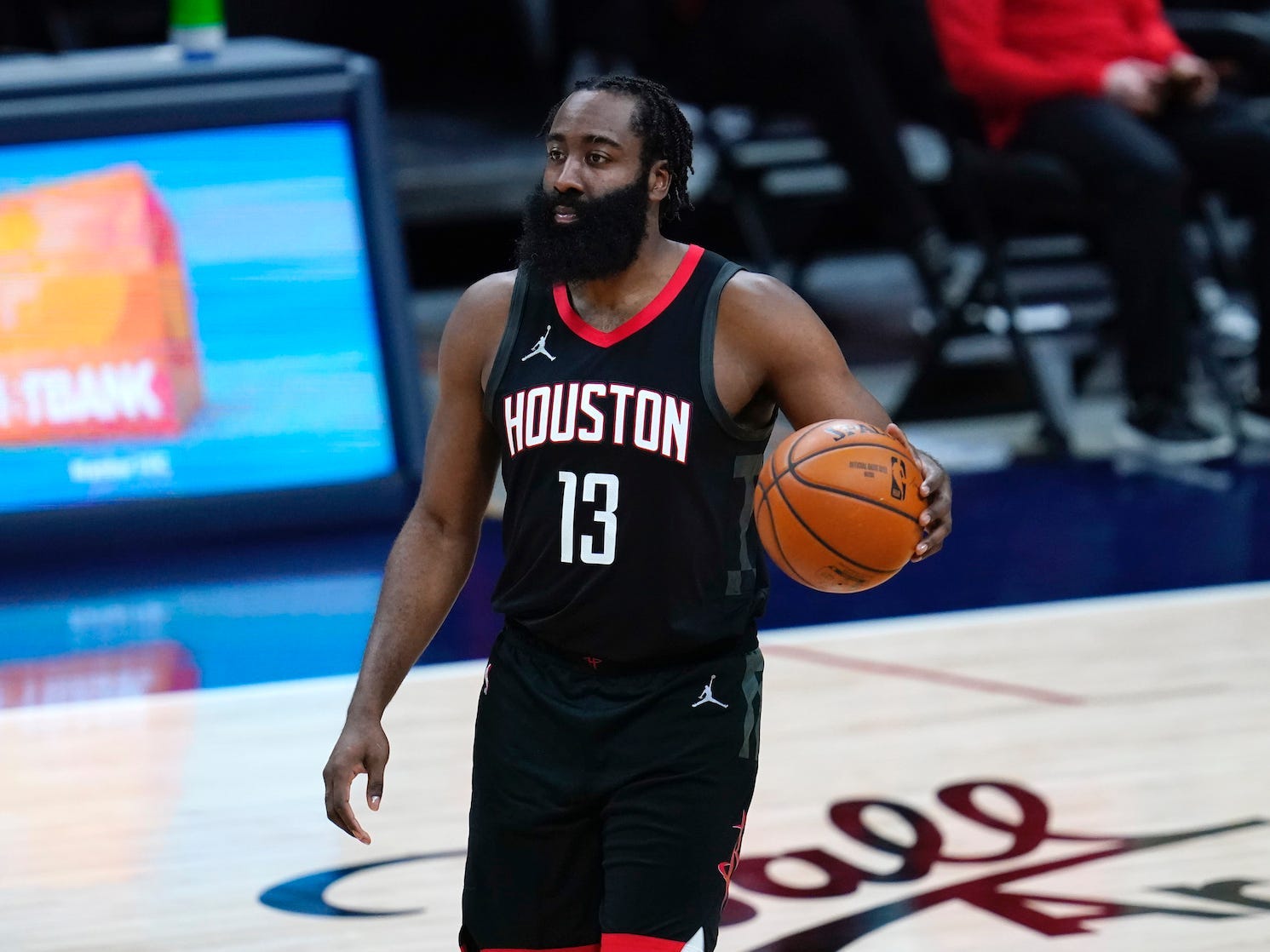 Harden will soak up a large portion of Irving’s ball-handling. While Irving and Harden can both play off the ball, the Nets did not essentially trade their franchise’s future to let Harden spot up while Irving dances with the ball.

In 2017, Irving requested a trade from the Cleveland Cavaliers to escape from LeBron James’ shadow. After two up-and-down seasons with the Boston Celtics, Irving joined the Nets in free agency, convincing Durant to join him.

Assuming the No. 2 role in an offence is not unfamiliar to Irving â€” he signed up for it by choosing to play with Durant. But one has to wonder how he’ll feel in the No. 3 role.

Irving will still get plenty of chances to score and create plays. The Nets offence might be a little stilted until Durant, Harden, and Irving find their chemistry, but all three players will still get their chances to shine. The question is if Irving will routinely get enough of those opportunities to remain happy.

Acquiring Harden is a hedge for this season and the future

As ESPN’s Zach Lowe wrote, the Nets sacrificing some depth to acquire a third star is a hedge against an injury or absence â€” if one star goes down, the Nets will still have two others upon which to rely.

That matters, because at the moment, Irving is not playing basketball.

Irving has missed the past five Nets games while away from the team for “personal” reasons. Irving or the Nets have not yet explained those reasons.

However, social media videos recently showed Irving, mask-less, at what appeared to be a birthday party. The NBA is investigating the videos to see if Irving violated the leagues’ COVID-19 protocols, which calls for players to avoid large gatherings as well as bars and clubs.

There is no timeline for Irving’s return. The Athletic’s Shams Charania said on Wednesday, “The expectation is that [Irving] does return at some point” â€” hardly an encouraging timeline.

When Irving does return to the team, he’ll likely face some type of quarantine or extended period where he’ll have to return negative tests. At the moment, it may mean he isn’t in uniform until Thursday, January 21, and that would be if he returned today. There’s no indication that Irving is returning in the next few days. His absence could continue for weeks, depending on the protocols when he returns.

According to SNY’s Ian Begley, there is frustration within the Nets about how Irving has handled his absence. Head coach Steve Nash has declined to answer when he’s been asked if he is satisfied with how Irving has communicated during his absence. As Begley noted, the Nets issued a statement about Irving’s absence after videos of the birthday party surfaced and did not mention anything about supporting Irving, as organisations typically do. 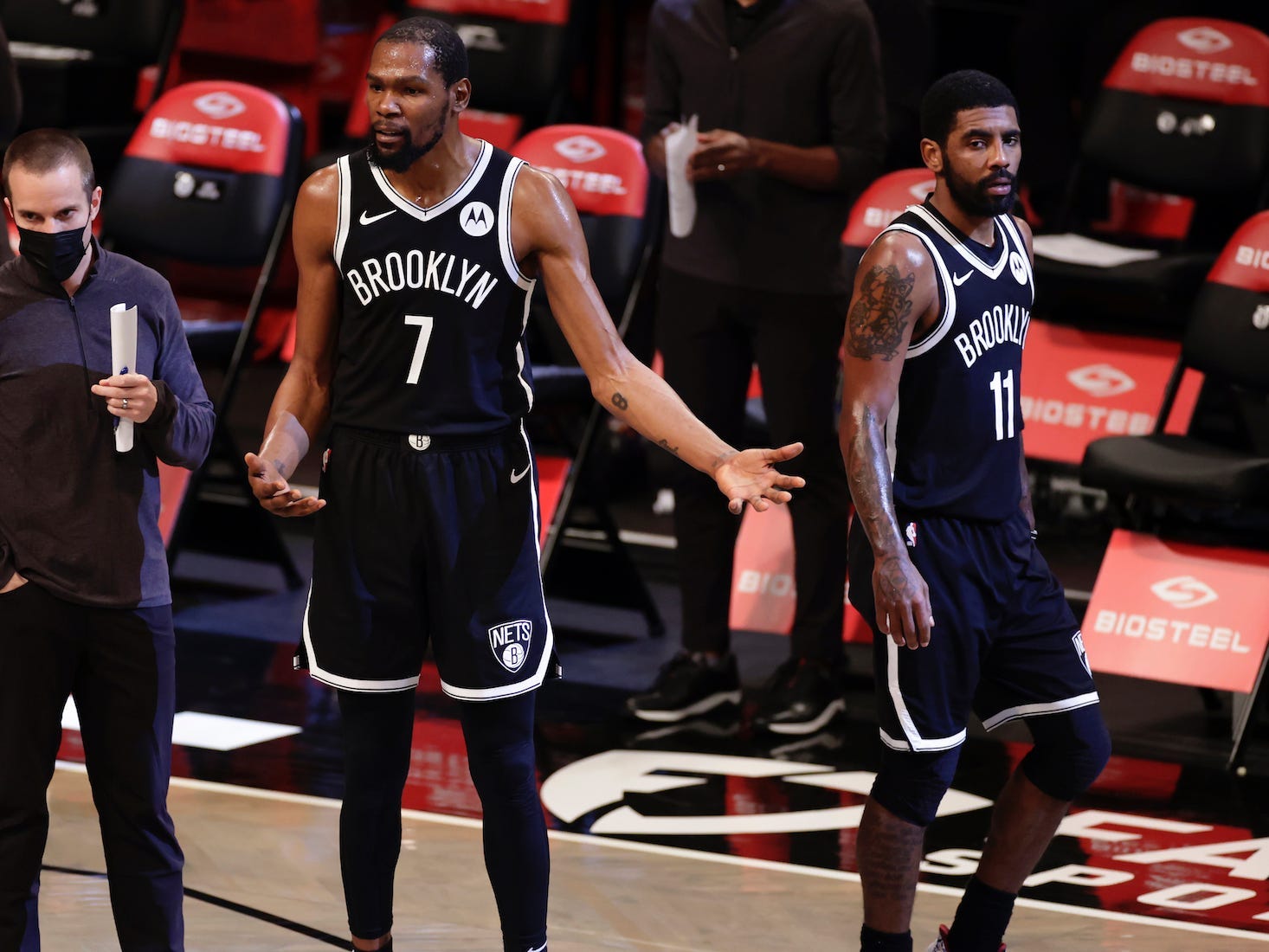 Adam Hunger/AP ImagesKevin Durant and Kyrie Irving joined the Nets together in 2019.

The Nets will have to ponder if Irving is in their long-term plans. Beyond the occasional headache that Irving brings, he also has not played much basketball in recent years. He’s played just 27 games for the Nets since joining them in 2019, missing significant time last year with a shoulder injury. He underwent knee surgery in Boston that forced him to miss one playoff run and play 127 of a possible 164 games over two years. He’s played 75 or more games just once in his career (2014-15).

The Nets traded away three future first-round draft picks, plus four pick swaps to the Rockets for Harden. The Nets won’t control any of their picks from 2021-2027.

As Lowe noted, trading Irving in the future could recoup some of those picks down the line when Harden and Durant are past their primes.

And while trading Irving might seem like a far-fetched, down-the-road move, Irving is also set to become a free agent in the summer of 2023. He has a player option for 2022-23. The clock is ticking.

It seems safe to assume that the Nets aren’t trading Irving this year: they acquired Harden to take a stab at a championship with a Big Three, not to break it up immediately. Given Irving and Durant’s friendship, the Nets may also be hesitant to move Irving for fear of upsetting Durant.

But Irving’s long-term future with the Nets is no sure thing. The first step will be getting him back with the team, then getting acclimated with Harden. The Nets are all-in on a championship this year. Anything short is a failure. Irving’s impact on that pursuit is a big question mark at the moment and may decide how the team proceeds in the future.