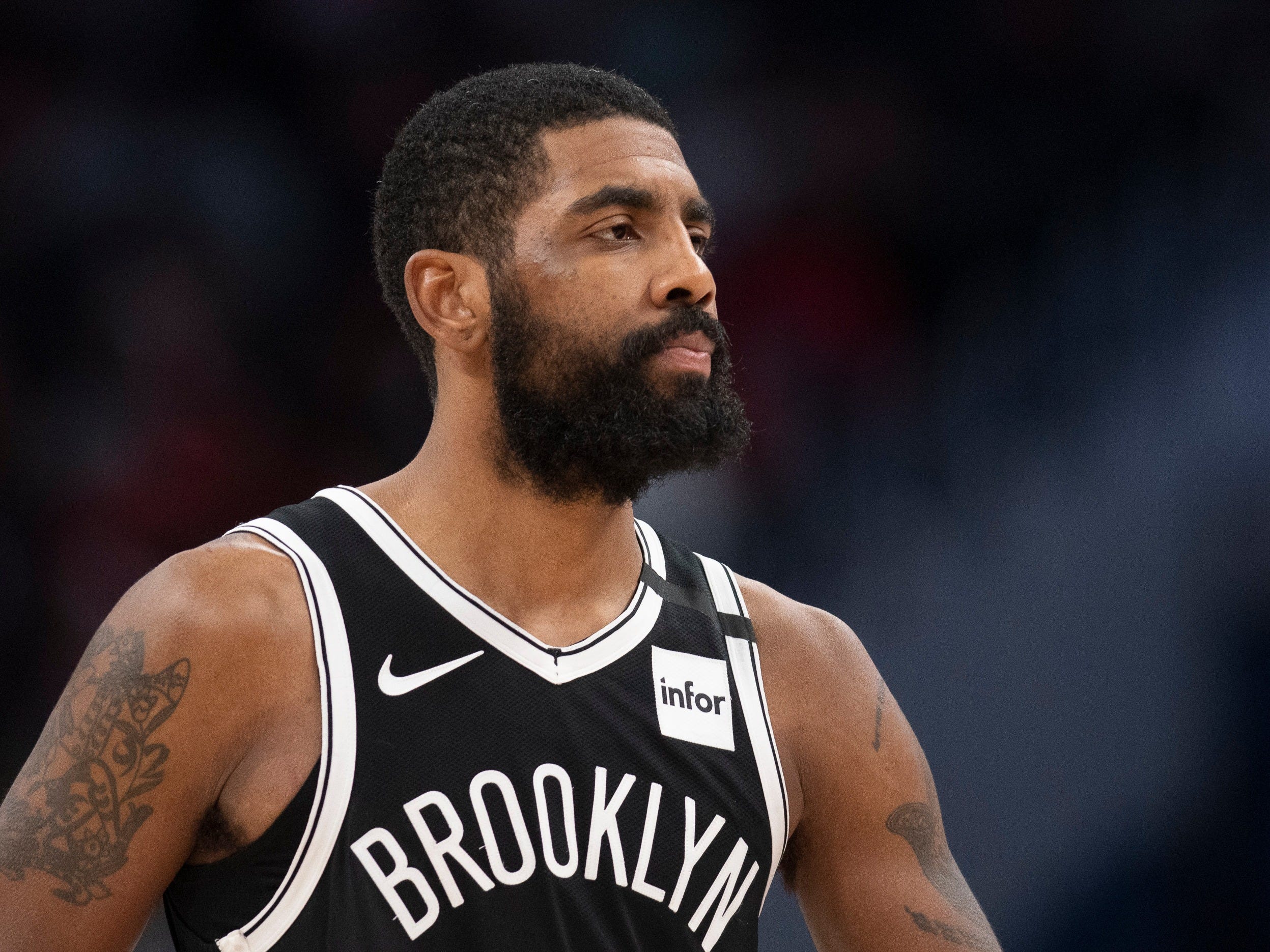 Kyrie Irving made his feelings on the NBA’s plan to restart the season known on a league-wide call among players on Friday night.

According to Shams Charania at The Athletic, a group of players, Irving among them, are “looking to take a stand by not playing in the league’s intended resumption, and their primary reason for doing so would be in support of the nationwide movement fighting for social justice reform.”

“I don’t support going into Orlando,” Irving said in the meeting of more than 80 players from across the league, according to Charania. “I’m not with the systematic racism and the bulls—. … Something smells a little fishy. Whether we want to admit it or not, we are targeted as Black men every day we wake up.”

Irving would not play in the NBA’s restarted season, having undergone surgery to repair an injured shoulder earlier in the season, but his Brooklyn Nets would have a shot to push for a championship without him on the court, currently holding the seventh of eight playoff spots in the Eastern Conference. But even without him expected on the court, as one of the NBPA’s six elected vice presidents, Irving’s words hold sway within the league.

Last week, it felt as though the NBA was well on its way to resuming the season, with the Board of Governors and later the National Basketball Players Association both agreeing to a plan that would send 22 teams to Disney’s Wide World of Sports complex to play out an abridged regular season before moving on to the playoffs and determining a champion. Play is still set to begin in late July.

But while that plan is still in place, some players have raised concerns in recent days about the restrictions that the proposed “bubble” format would present, keeping players from their families for extended periods through the season and postseason.

NBA insider Adrian Wojnarowski said on ESPN’s “Get Up” on Thursday that players on teams who do not expect to compete for a championship this season do not believe the financial gains of taking part in the restart are worth the hurdles and risks.

“I still think that the NBA will return in July,” Wojnarowski said. “I do think there will be players who won’t be a part of it. I think it will be more so on teams outside of the championship contenders.”

Irving’s comments raised concerns about players’ potential disinterest in restarting the season to another level, though on Friday night, there were also several players that made their intention to finish the season and shoot for a title clear on social media.

Some of us want to hoop and compete don’t get that twisted…. https://t.co/GoRnvy6rzN

While there appears to be some split amongst players regarding how best to proceed from here, unity is still an eventual goal for all involved.

According to Chris Haynes at Yahoo Sports,Irving was open to players having feelings on both sides of the argument, but wanted to ensure that the group was able to reach a collective agreement.

“If it’s worth the risk, then let’s go and do it,” Irving said, according to Haynes’ sources. “But if you’re not with it, it’s OK, too. We’ve got options for both ways. Let’s just come to a middle ground as a family.”