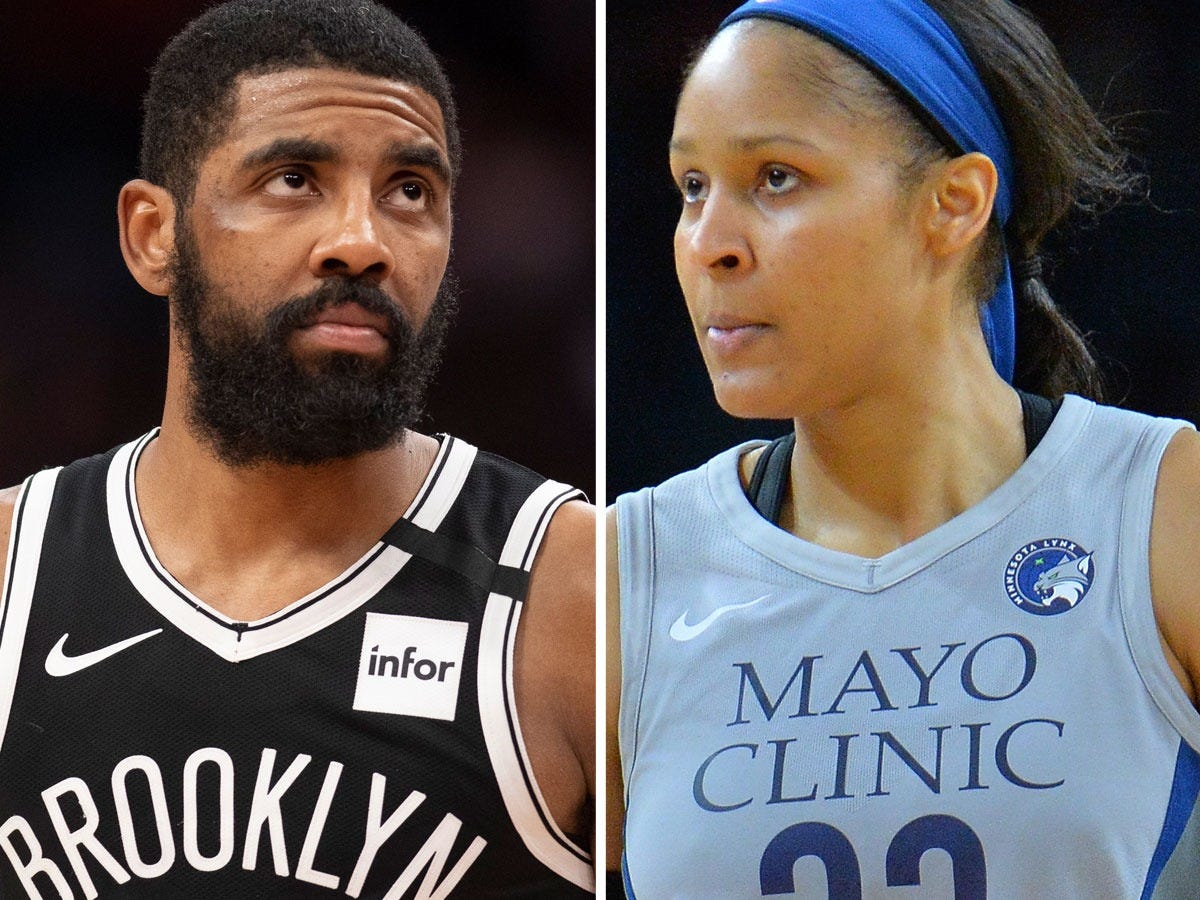 During a phone call with fellow NBA players on Friday, the Brooklyn Nets point guard objected to the NBA’s restart plan in response to the nationwide social justice movements following George Floyd’s death. The six-time NBA All-Star reportedly said he’s “willing to give up everything” in order to fight on behalf of marginalised people and communities.

That may seem like a daunting mission. But fortunately for Irving, WNBA superstar Maya Moore has already charted a path for athletes looking to use their platforms to exact societal change.

Moore – a four-time WNBA champion and six-time WNBA All-Star – has already opted out of one season to commit all of her time to fight for criminal justice reform. Back in January, the 2014 league MVP committed to missing a second consecutive campaign with the Minnesota Lynx to continue her efforts. She won’t participate in the league’s recently announced plans for the 2020 season.

During the prime of her career, Moore stepped out of the spotlight to help fight for a man’s freedom 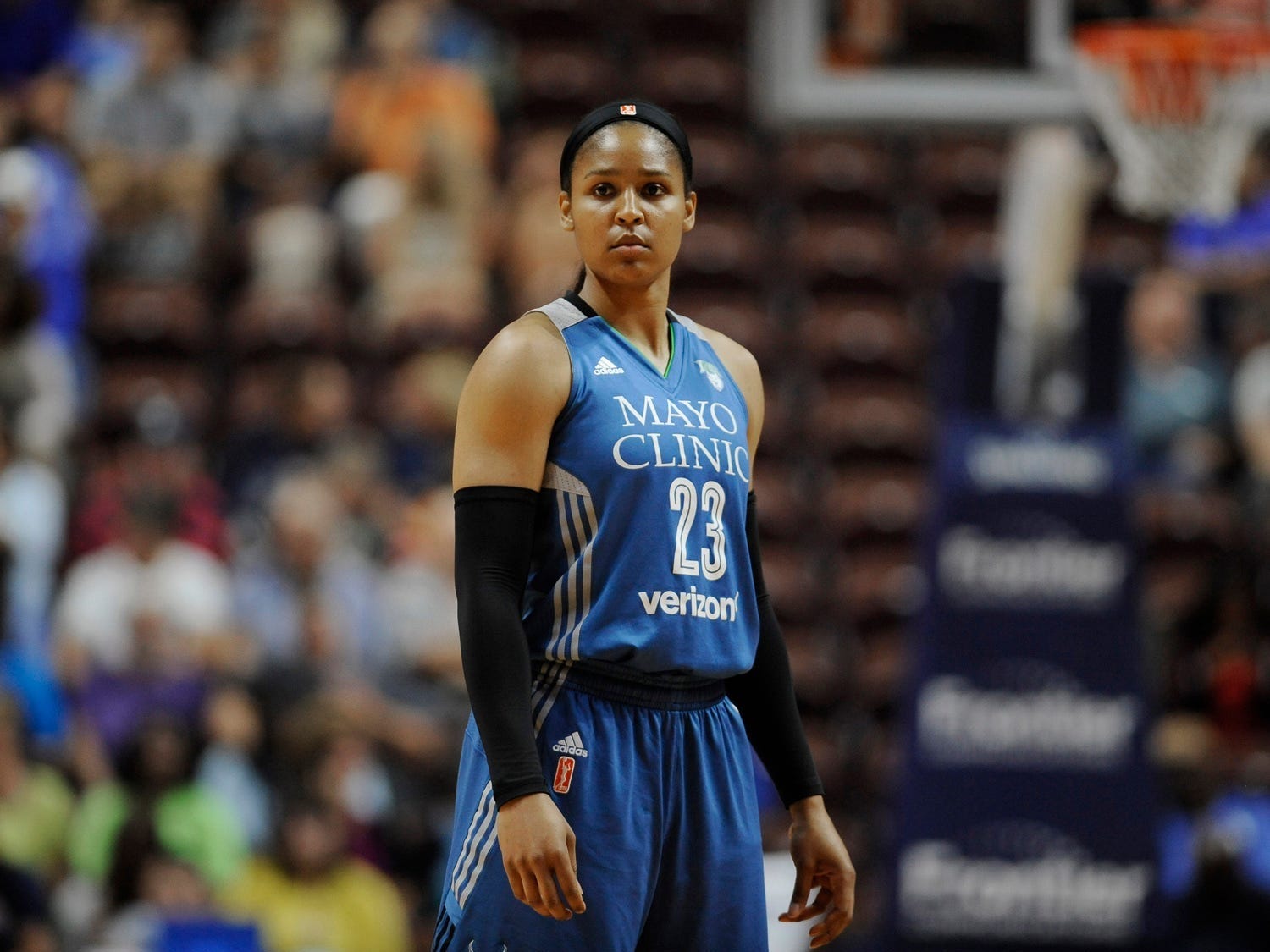 For more than a year, Moore devoted her energy to exonerating a prisoner she believed was wrongly convicted of burglary and assault, according to reporting from The New York Times. At 16 years old, Jonathan Irons was accused of burglarizing a home in the suburbs of St. Louis, Missouri, and assaulting the homeowner with a gun.

Though the prosecution was based entirely on eyewitness testimony – without corroborating witnesses, fingerprints, footprints, DNA, or blood evidence, according to Irons’ attorneys – the then-teenager was convicted by an all-white jury and sentenced to 50 years in prison. 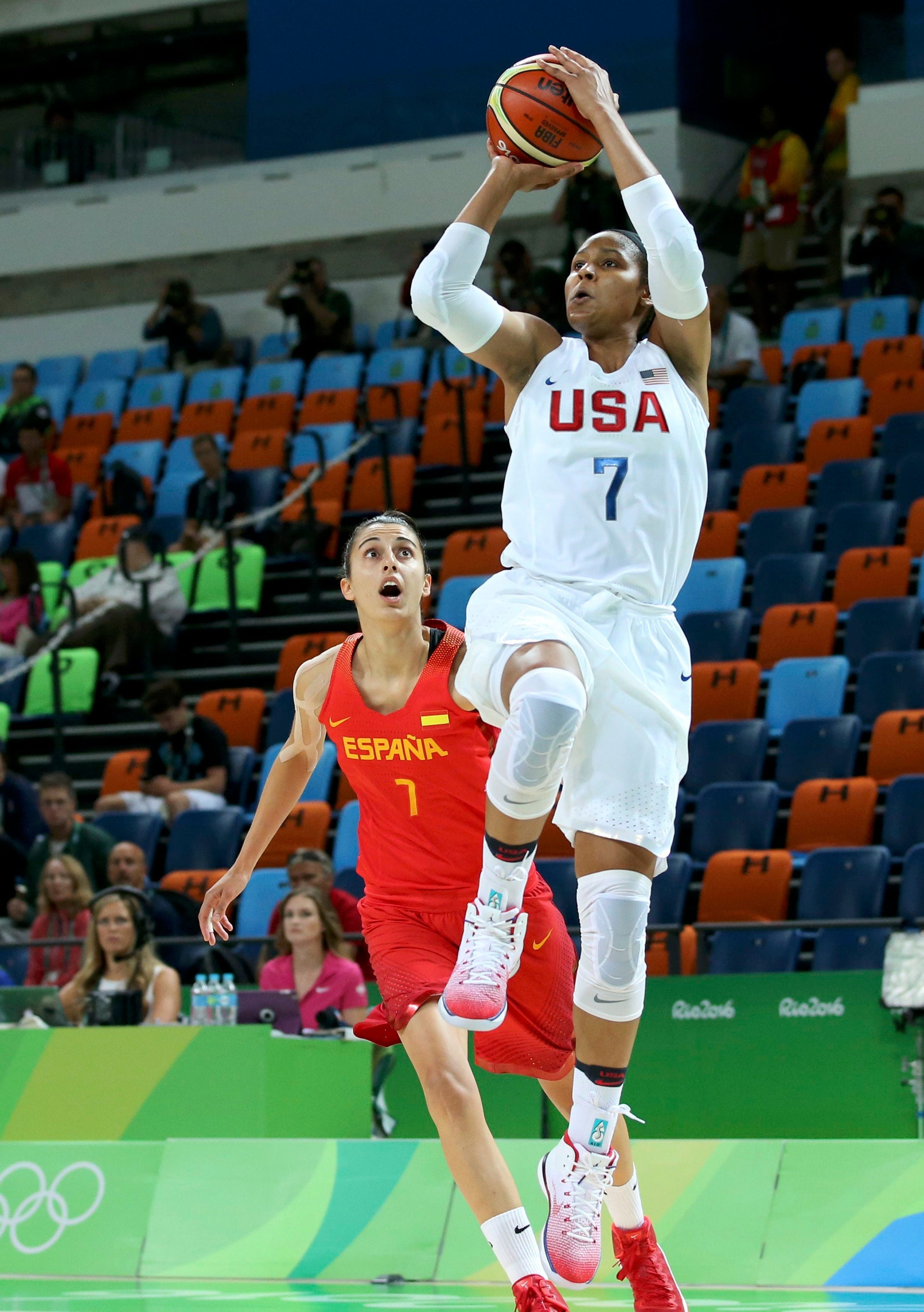 When Moore met Irons during a 2017 visit to the Jefferson City Correctional Centre in her hometown, Irons was 19 years into his sentence. The WNBA, Team USA, and former UConn Huskies superstar was immediately drawn to his story – so much so, in fact, that she gave up her basketball career to fight on his behalf.

In 2019, Moore walked away from the hardwood to pursue this passion. From then on, Moore advocated for Irons’ appeal by helping to pay for his defence team and regularly showing up at court in-person to show her support, per The Times. And with her decision not to return for the 2020 season, the two-time Olympic gold medalist also committed to missing out on the upcoming summer games in Tokyo.

“The dark reality is that there are so many people wrongfully imprisoned,” Moore told the Los Angeles Times. “I decided that it was time for me to use my voice and the resources that I had to publicly help Jonathan’s cause and draw attention to criminal justice reform.”

“I got to know the facts of his case and over the years learned more and more,” she added. “When I decided to step away from the game, I knew that would provide me with more time to work on the case.”

Moore’s commitment to Irons’ cause paid off

After 23 years in prison, Irons is one step closer to becoming a free man.

Missouri Attorney General Eric Schmitt has since appealed Green’s decision, arguing that the judge’s characterization of some evidence as “newly discovered” was inaccurate.

Irons will once again battle the state in pursuit of his liberation, and a series of courts will have to weigh in on the now-40-year-old’s future, according to KSDK. Should Irons successfully navigate the system, the case could eventually return to St. Charles County’s prosecutor’s office, where St. Charles Prosecutor Tim Lohmar would have a choice to retry Irons or dismiss the case once and for all.

“If it does come back to us, DNA evidence, or a lack thereof, will play heavily in our decision,” Lohmar said, per KSDK. “There was no DNA evidence in the original case.” 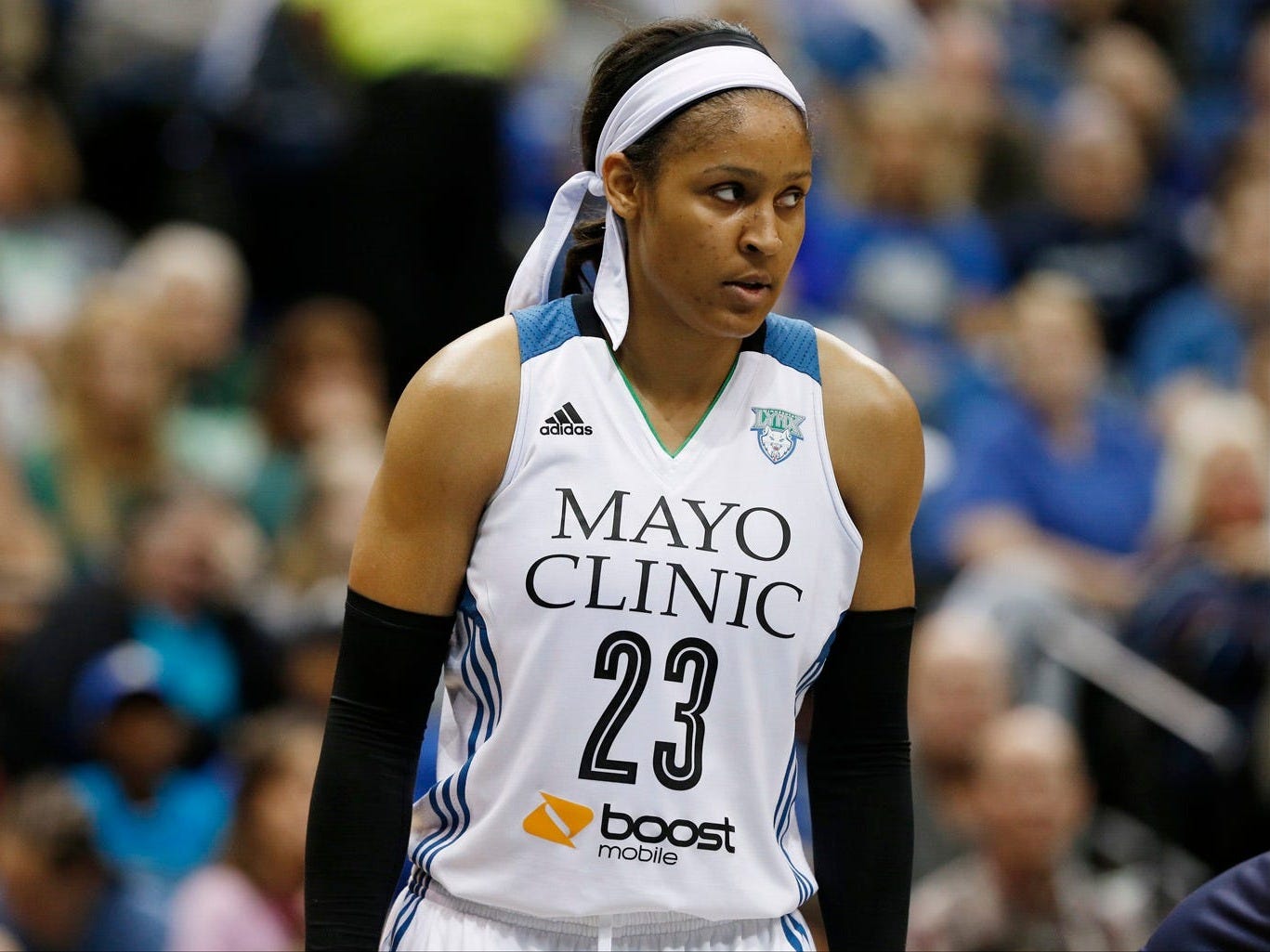 Even though Irons and Moore have yet to achieve their ultimate goal – securing Irons’ freedom – it’s worth noting that Moore’s status and platform have undoubtedly helped further the accused’s case. As the Los Angeles Times’ LZ Granderson writes, “Had Moore not left the WNBA and brought national attention to the case by getting involved, there is a good chance that Irons’ sentence does not get overturned.” 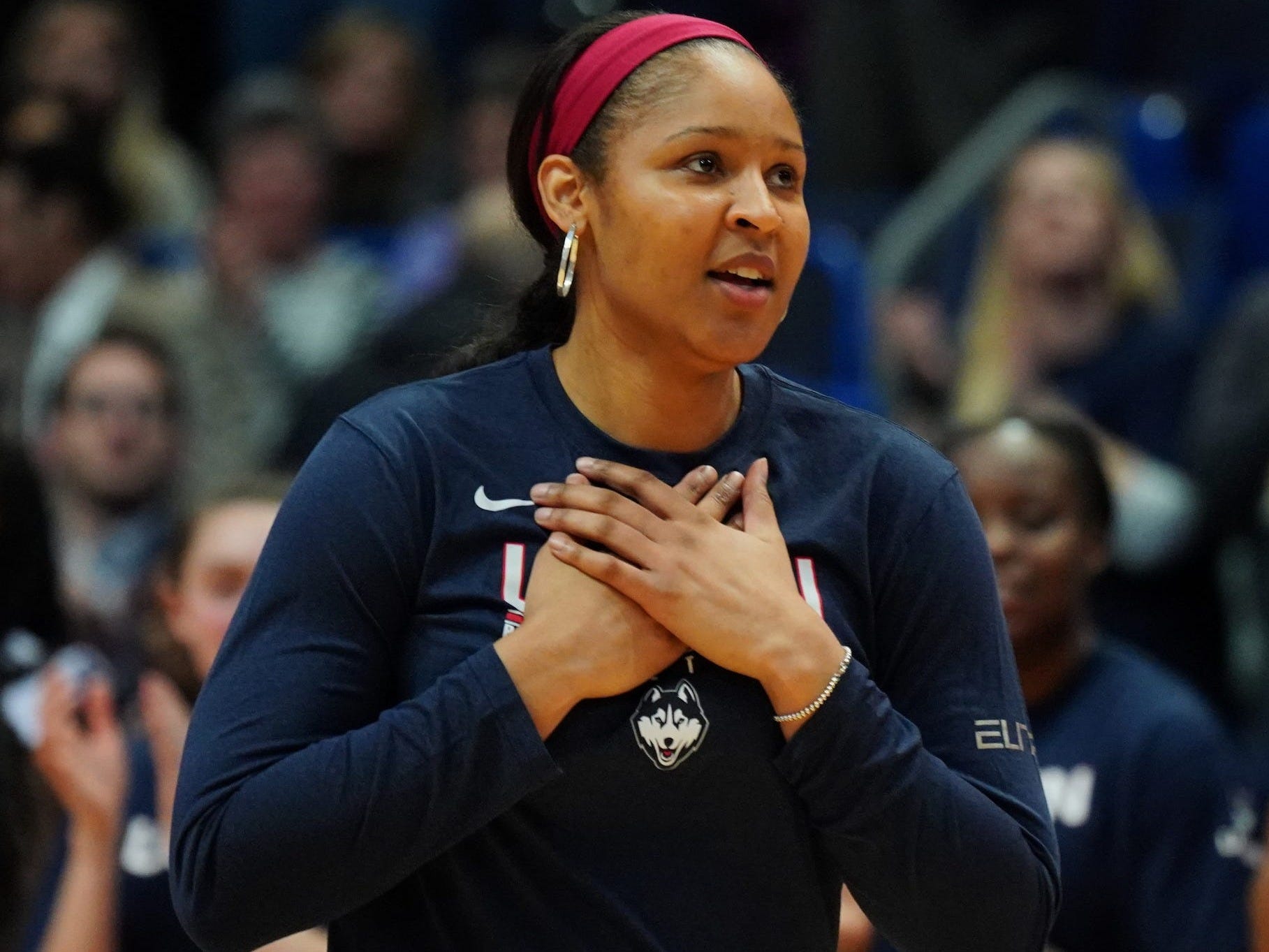 David Butler II-USA TODAYMaya Moore at the University of Connecticut, her alma mater.

That would have all but guaranteed Irons’ next 27 years would be spent behind bars.

“She saved my life,” Irons told CBS Sports. “I would not have had this chance if not for her and her wonderful family.”

When it comes to fighting for social and criminal justice reform, Moore’s work through Win With Justice can serve as a model for all, but especially for high-profile athletes who want to devote their lives to making progress in these realms.

Irving is reportedly leading a movement of players who are objecting to the restart of the 2020 NBA season. According to ESPN’s Adrian Wojnarowski and Malika Andrews, the group is calling for “the investment of resources and ideas of all league constituencies – from the commissioner’s office, ownership level, management, and the players’ association – in social justice reform.” 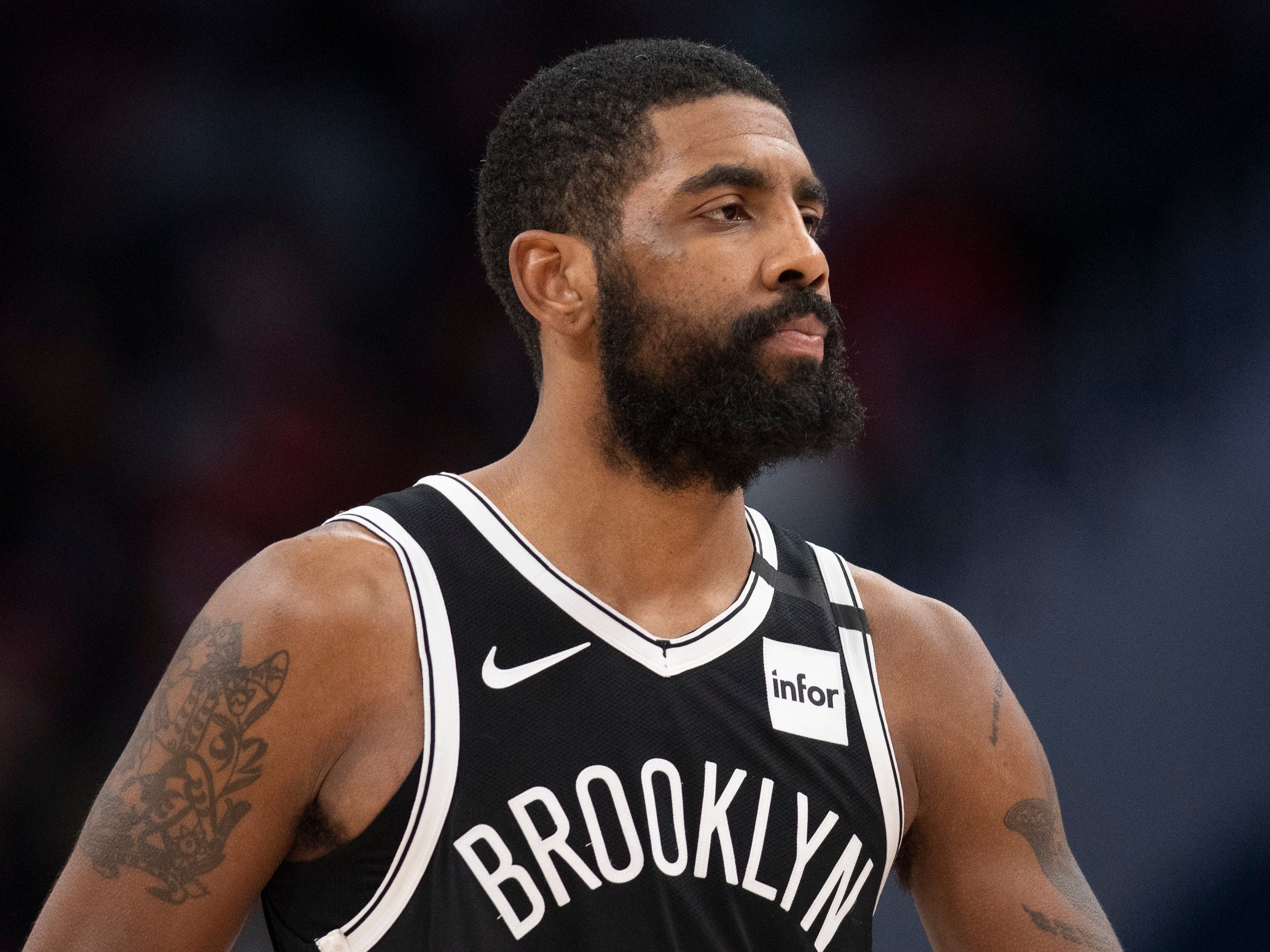 “We are combating the issues that matter most: We will not accept the racial injustices that continue to be ignored in our communities,” Irving and his coalition said in a statement to ESPN. “We will not be kept in the dark when it comes to our health and well-being. And we will not ignore the financial motivations/expectations that have prevented us historically from making sound decisions.”

“This is not about individual players, athletes or entertainers,” they added. “This is about our group of strong men and women uniting for change. We have our respective fields, however, we will not just shut up and play to distract us from what this whole system has been about: Use and Abuse.”

Some, including retired NBA champion and current ESPN commentator Kendrick Perkins, have called on Irving to follow through on his statements if he truly believes there’s work to be done. 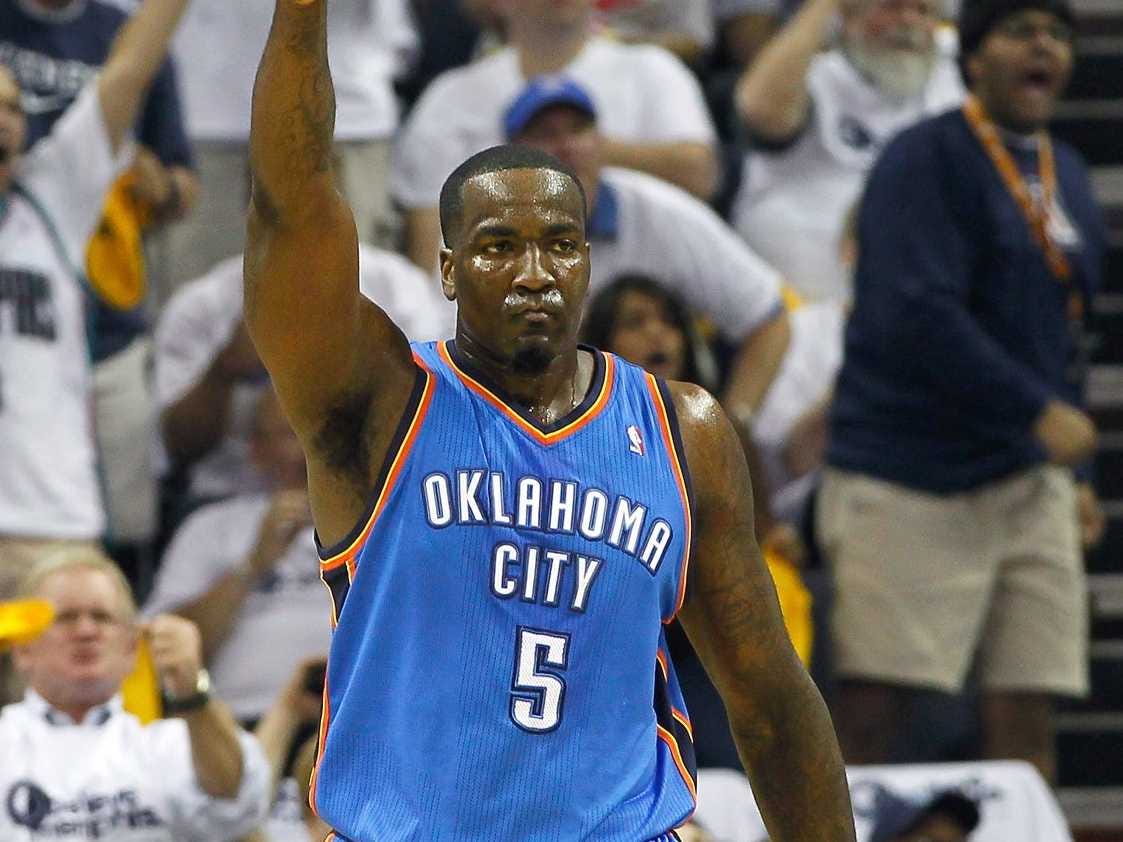 “I read another statement that Kyrie made saying he’s willing to give it up all,” Perkins said on “The Jump.” “Don’t be willing. This ain’t the time to be willing. Do it.”

“No, Maya Moore, she wasn’t willing. She did it,” Perkins added. “She walked away from the game of basketball and took this on full time. So, Kyrie, this ain’t the time to be talking about, ‘Oh I’m willing to do it.’ No, if you’re gonna make a stance, do it or don’t talk about it.”

Irving ‘understands this moment,’ according to a former NBA player who has recently found himself at forefront of the Black Lives Matter movement 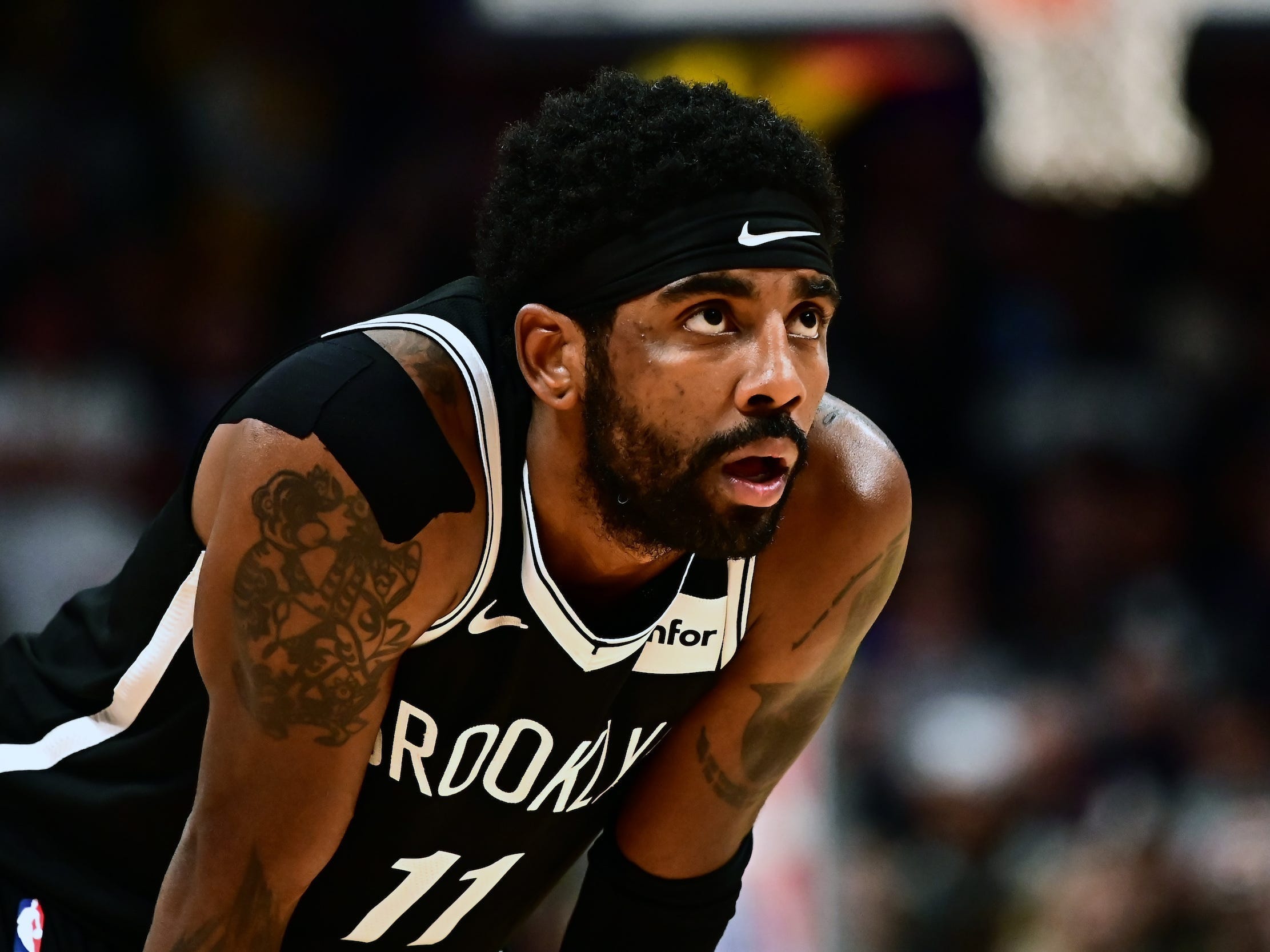 The crafty Nets star has been in close contact with 17-year NBA veteran Stephen Jackson in recent weeks. Jackson has become an outspoken advocate for police and criminal justice reform after Floyd, a childhood friend of his, suffocated to death when former Minneapolis police officers kneeled on his throat for more than eight minutes.

Irving has gotten emotional in their conversations, and Jackson says he’s “passionate about” the issues at stake in this particular cultural movement.

“He done called me crying because he literally knows that I’m putting in every single day,” he added.

The coalition to push back against a 2020 NBA restart that Irving started has gained momentum in recent days. Los Angeles Lakers stars Avery Bradley and Dwight Howard have joined the call for the league todefer=”defer”its plans in respect to the movement against police brutality, while Jackson and injured Washington Wizards star John Wall both have said they agree with their stance.

Whether or not Irving is truly ready to walk away from the game of basketball, he can still make a huge impact in the fight against injustice

Irving is one of the most popular – and talented – players in the NBA, so his star power would indubitably cast a spotlight on any cause to which he allots his time and energy. Should he choose to follow in Moore’s footsteps by devoting his life to social justice reform, it would undoubtedly further the cause significantly. 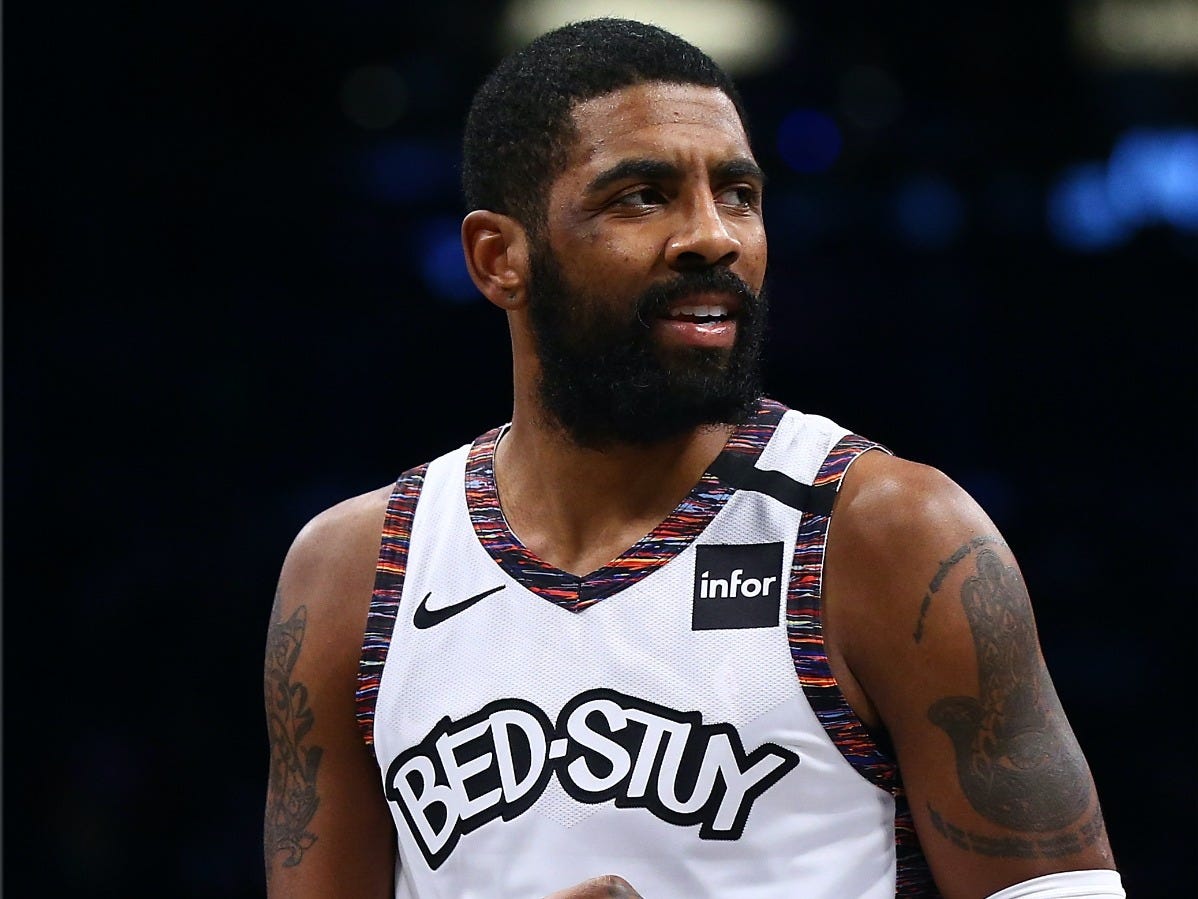 But walking away from a $US136,490,600 contract and the game he’s played throughout his life is no small feat, and there’s little doubt that Irving can exact change while continuing to play. Who says he has to choose?

Many athletes have been instrumental to social causes while continuing to compete in their respective sports. LeBron James opened the “I Promise School,” a public elementary school, for at-risk children in his hometown of Akron, Ohio, back in 2018. Michael Jordan and the Jordan Brand recently donated $US100 million to organisations devoted to racial justice.

Megan Rapinoe has been a staunch advocate for marginalised communities throughout her National Women’s Soccer League and US Women’s National Team careers. And even though he wasn’t given the opportunity to, Colin Kaepernick – arguably the most visible athlete-advocate of this generation – wanted to continue playing in the NFL while kneeling in protest of police brutality. 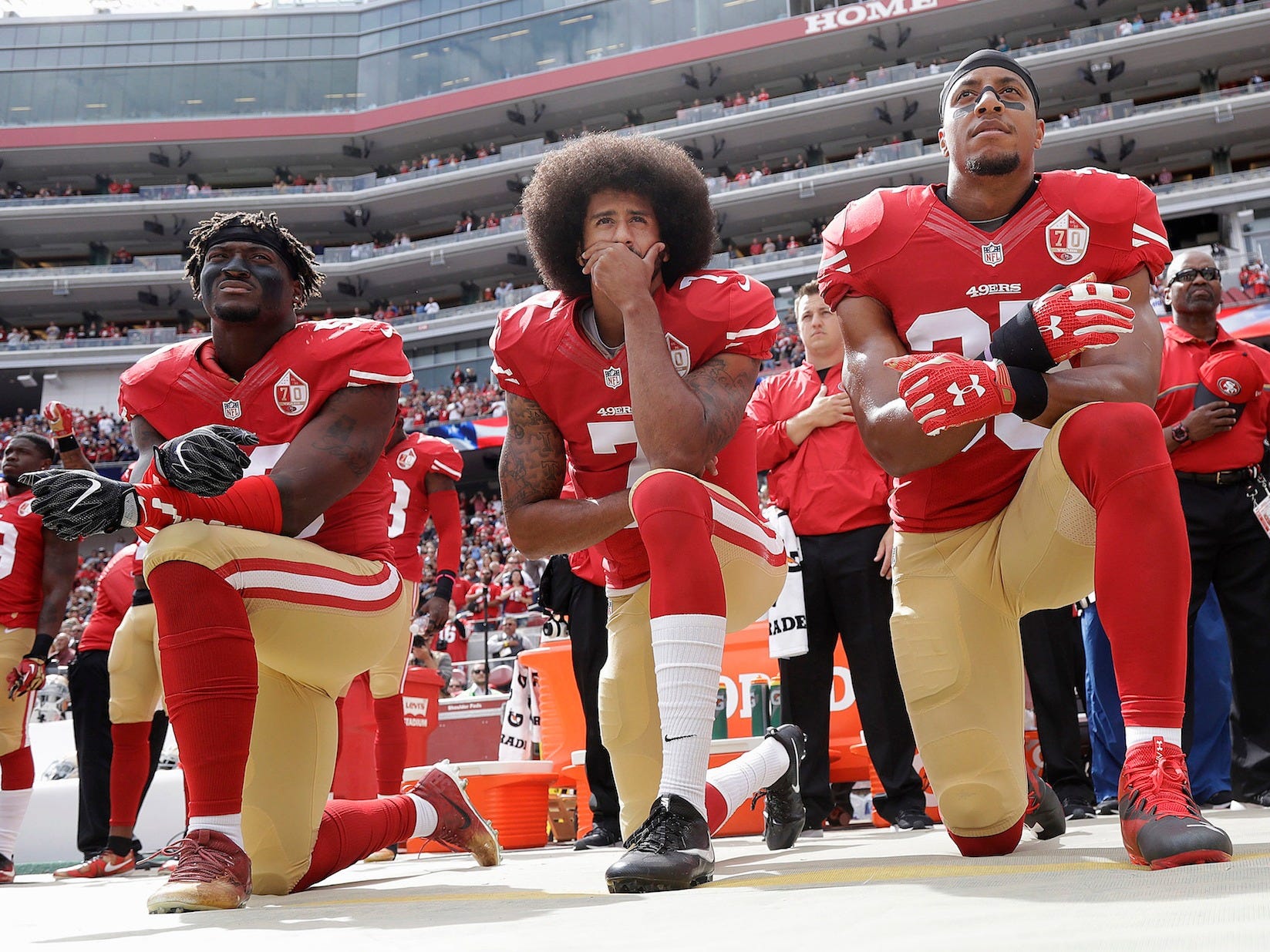 Marcio Jose Sanchez/APColin Kaepernick (centre) kneels during the playing of the national anthem.

Even Moore herself recognises that social reform doesn’t always have to be an all-or-nothing effort.

“We all have to make our own decisions with the choices that are in front of us,” she told the Los Angeles Times. “I don’t think I’m creating a model to follow, I just made a decision that was best for me.”

“There is something everyone from every walk of life can do to be a part of justice,” she added. “If you feel the need to do some extreme things, then do it. But if you can find other ways to engage in this reconciliation process, by all means do that because there are so many ways to help.” 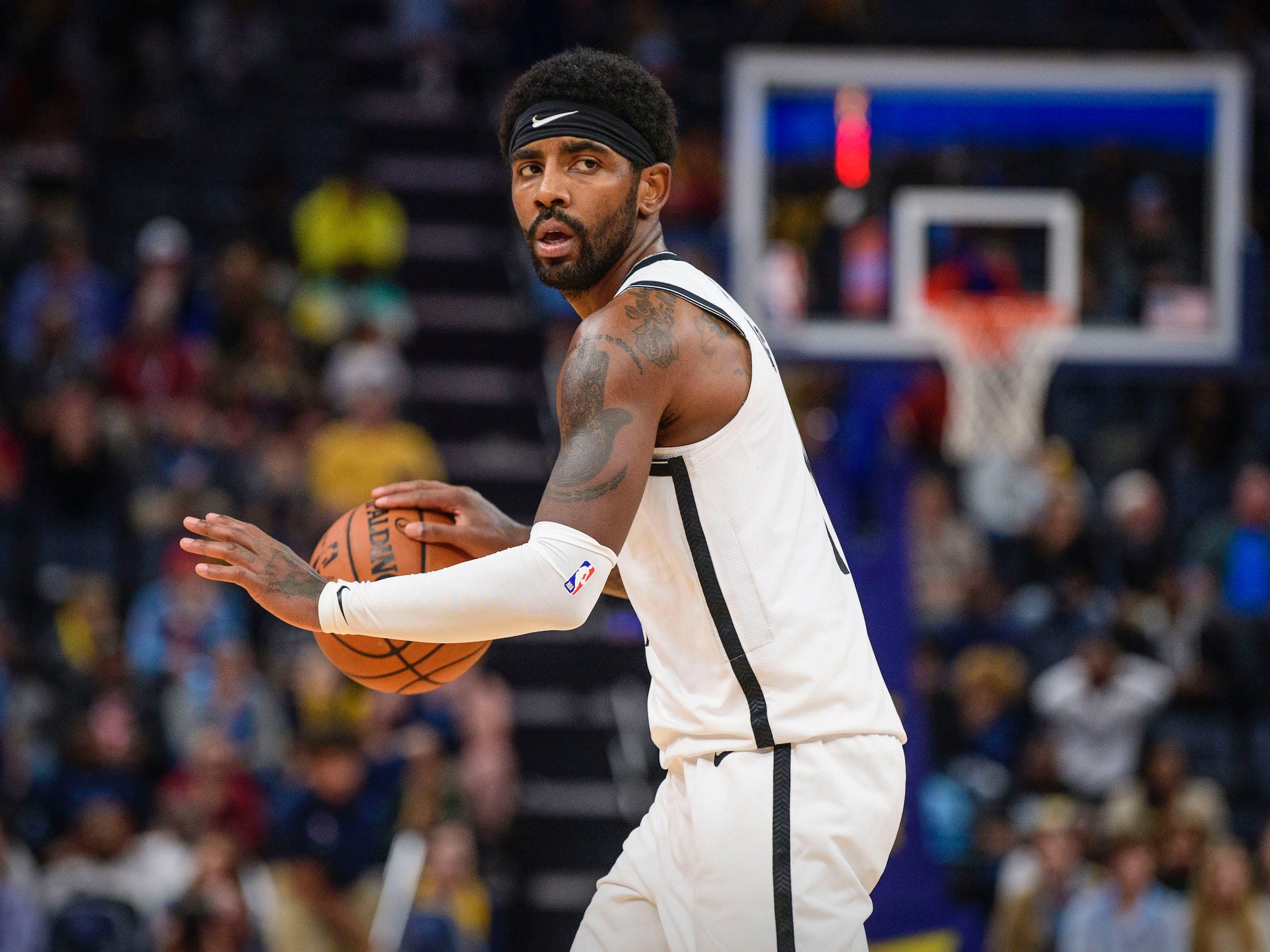 Still, Irving may very well “feel the need to do some extreme things.” After all, he’s said he’s “willing to give up everything” to help the social causes he believes in.

Whether or not he’ll choose to do so remains to be seen. But for now, he’s speaking up to demand change within the NBA – and he’s certainly being heard.