Kylie Jenner shared before-and-after selfies while doing her makeup, and also gave fans a glimpse inside her 'glam room' 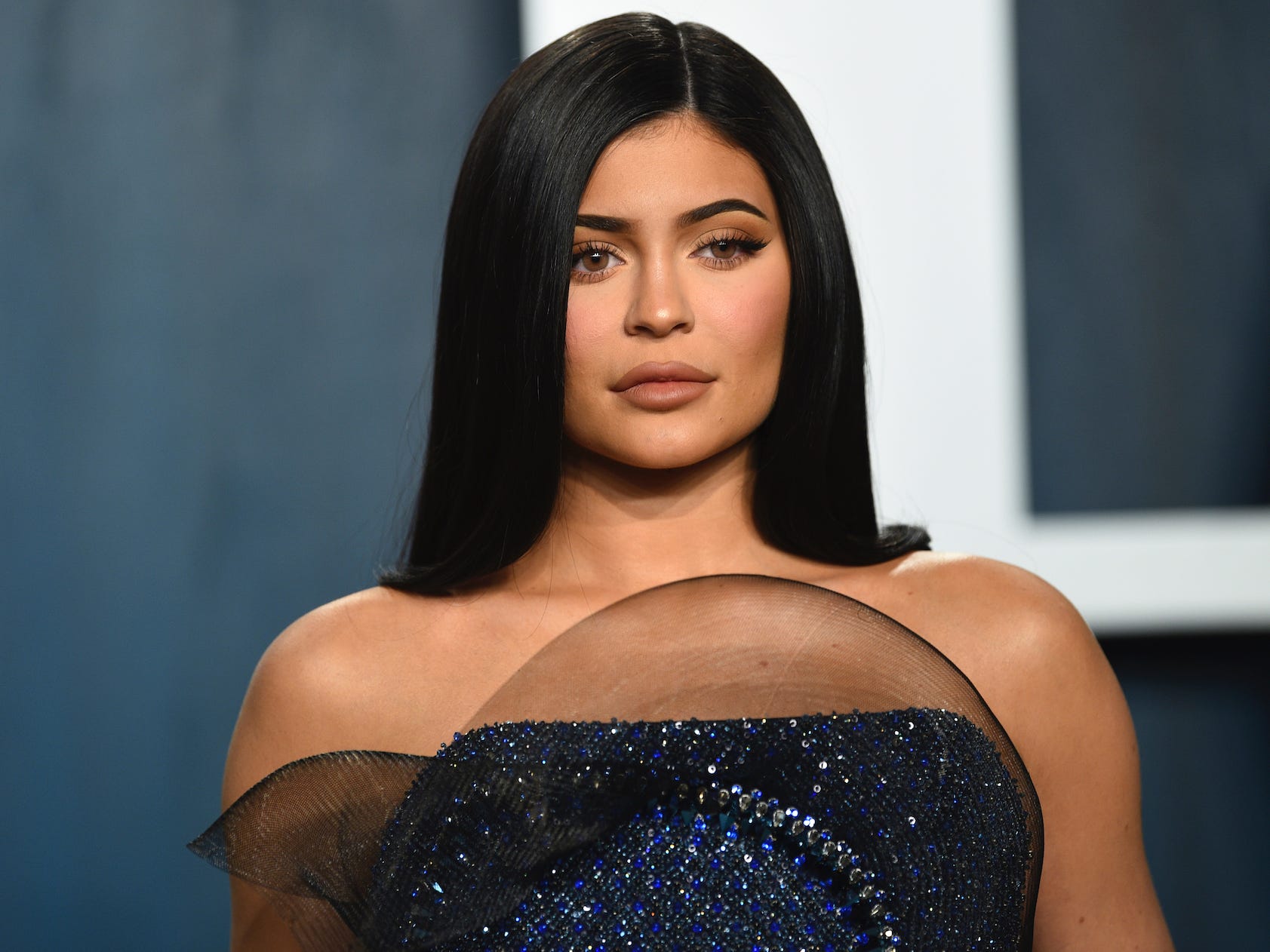 Kylie Jenner recently used Instagram to take fans behind the scenes of her makeup routine.

On Sunday, the makeup mogul posted a series of videos on her Instagram story, starting with a clip of her standing in front of a mirror while wearing a bath robe.

Jenner seemingly had no makeup on in the video, though she did use a sparkly filter that blurred the image. She also wrote “before” across the clip, alluding to the fact that she hadn’t yet completed her makeup. 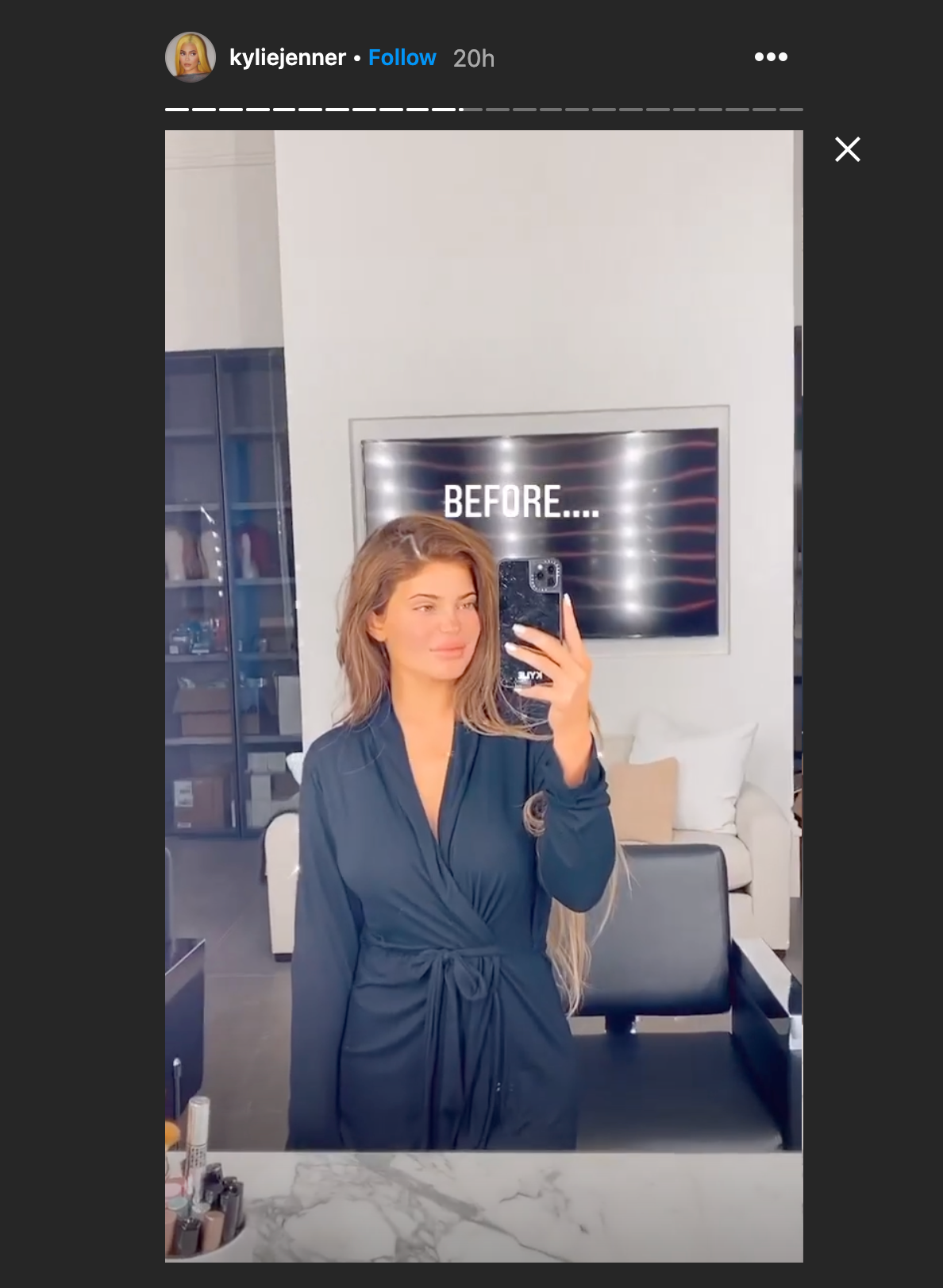 Kylie Jenner/InstagramKylie Jenner’s ‘before’ photo was covered with a filter.

Jenner then shared a video of some of her “go-to” Kylie Cosmetics powders, which included the Almond bronzer and Queen Drip highlighter. She also pointed out the Baddie on the Block and Winter Kissed blushes, which she said are “magical” when mixed together.

“All of these have been through it and back – I’m surprised my blushes look normal,” Jenner said. “I just wanted to show you guys that I really do use these and they’re great.” 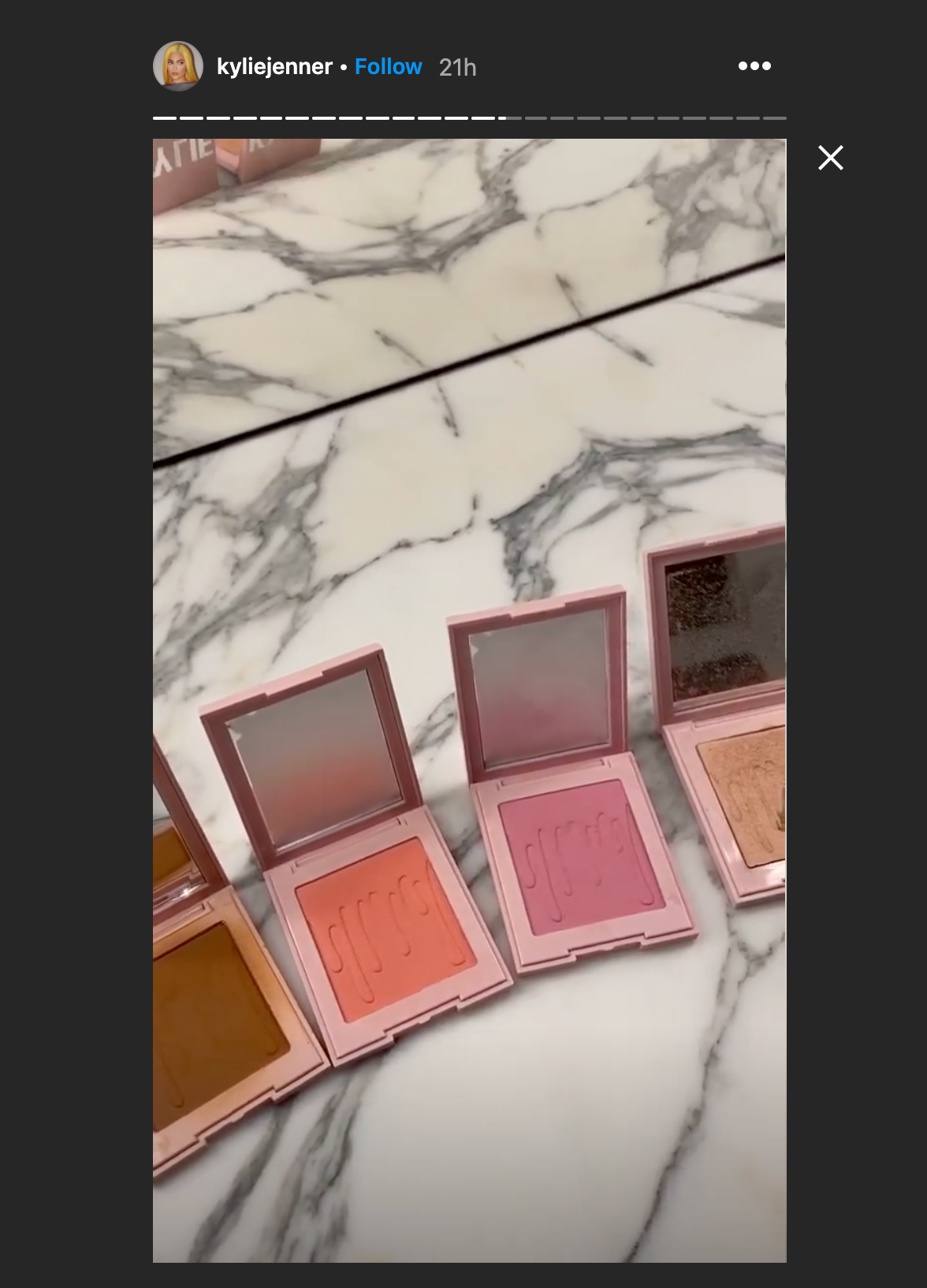 Kylie Jenner/InstagramShe cited these four powders as some of her favourites.

Before showing her completed makeup look, Jenner virtually took viewers to her “glam room,” where she keeps a stock of Kylie Cosmetics products

“I really should have no excuses for why my powders look the way that they do,” Jenner said while in her makeup room. “I have all my favourite stuff – I’m actually gonna grab a new powder.” 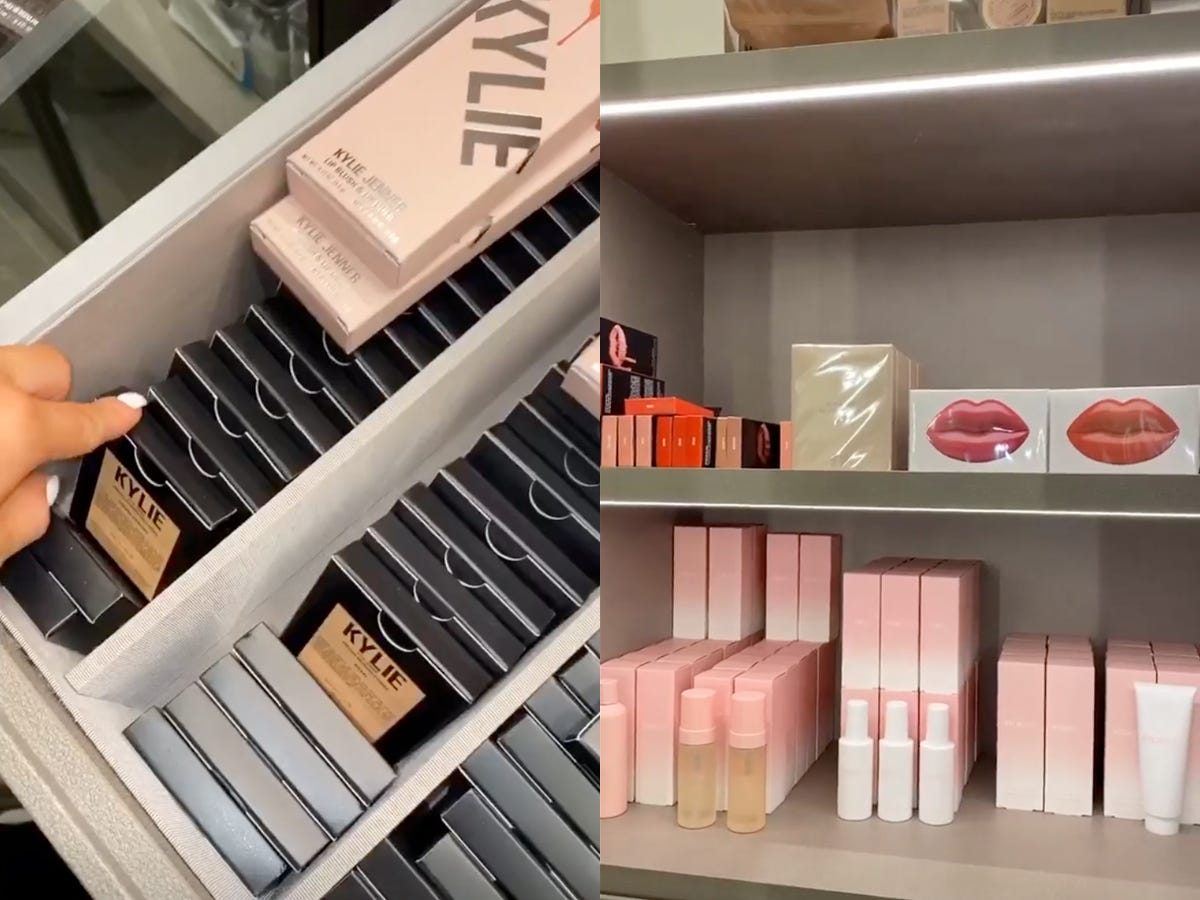 Kylie Jenner/InstagramThe makeup mogul keeps this stash of Kylie Cosmetics on hand at all times.

Finally, Jenner revealed the “after” result of her makeup routine. She wore bronzed eye shadow, winged eyeliner, nude lipstick, and pink blush. Her hair also appeared to have been curled, though she continued to wear her robe. 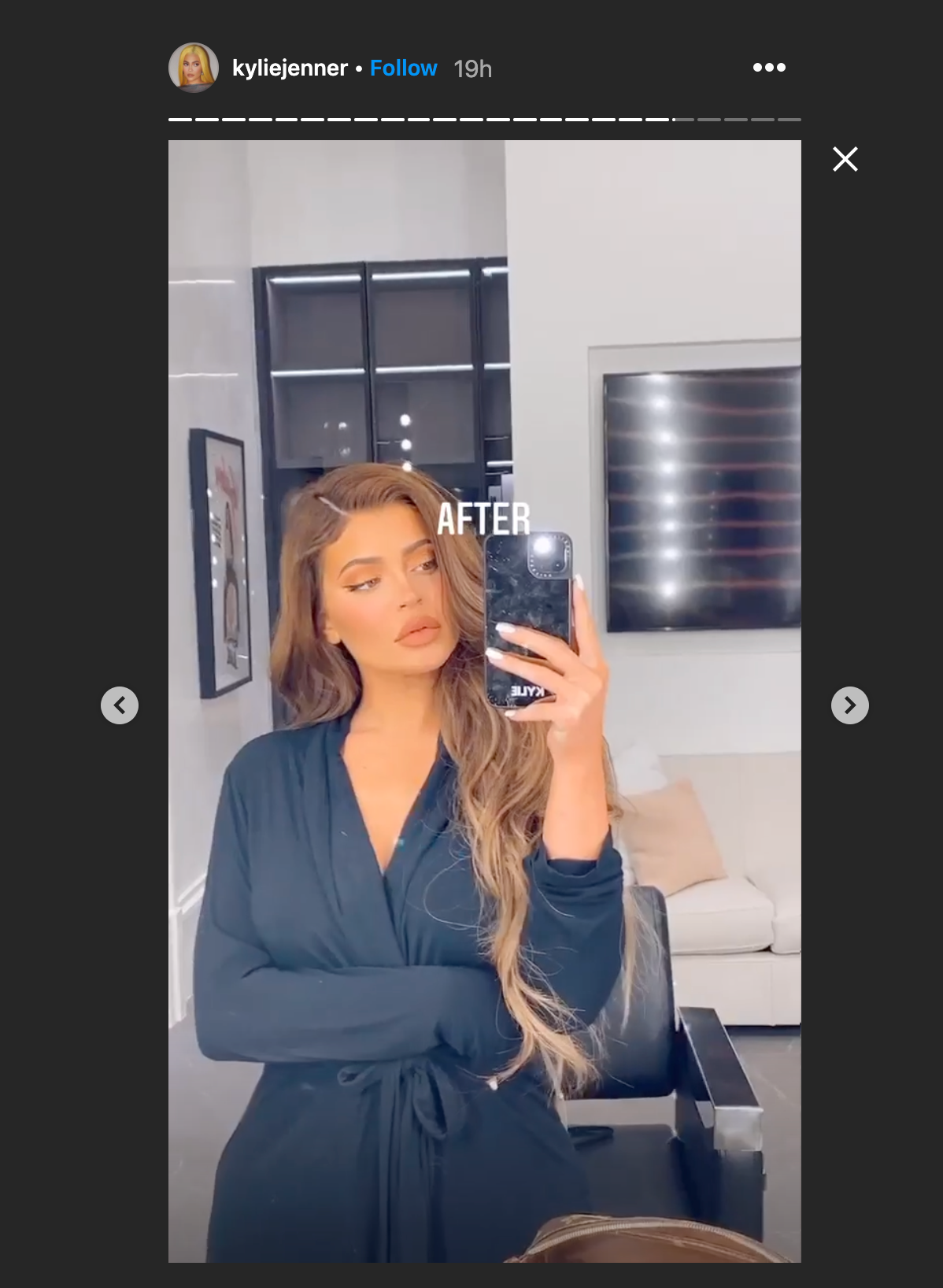 Jenner is one of numerous celebrities who have shared makeup-free photos or videos in recent months. Most recently, for example, Lady Gaga, Ariel Winter, Jennifer Lopez, and Taraji P. Henson have all gone barefaced online.