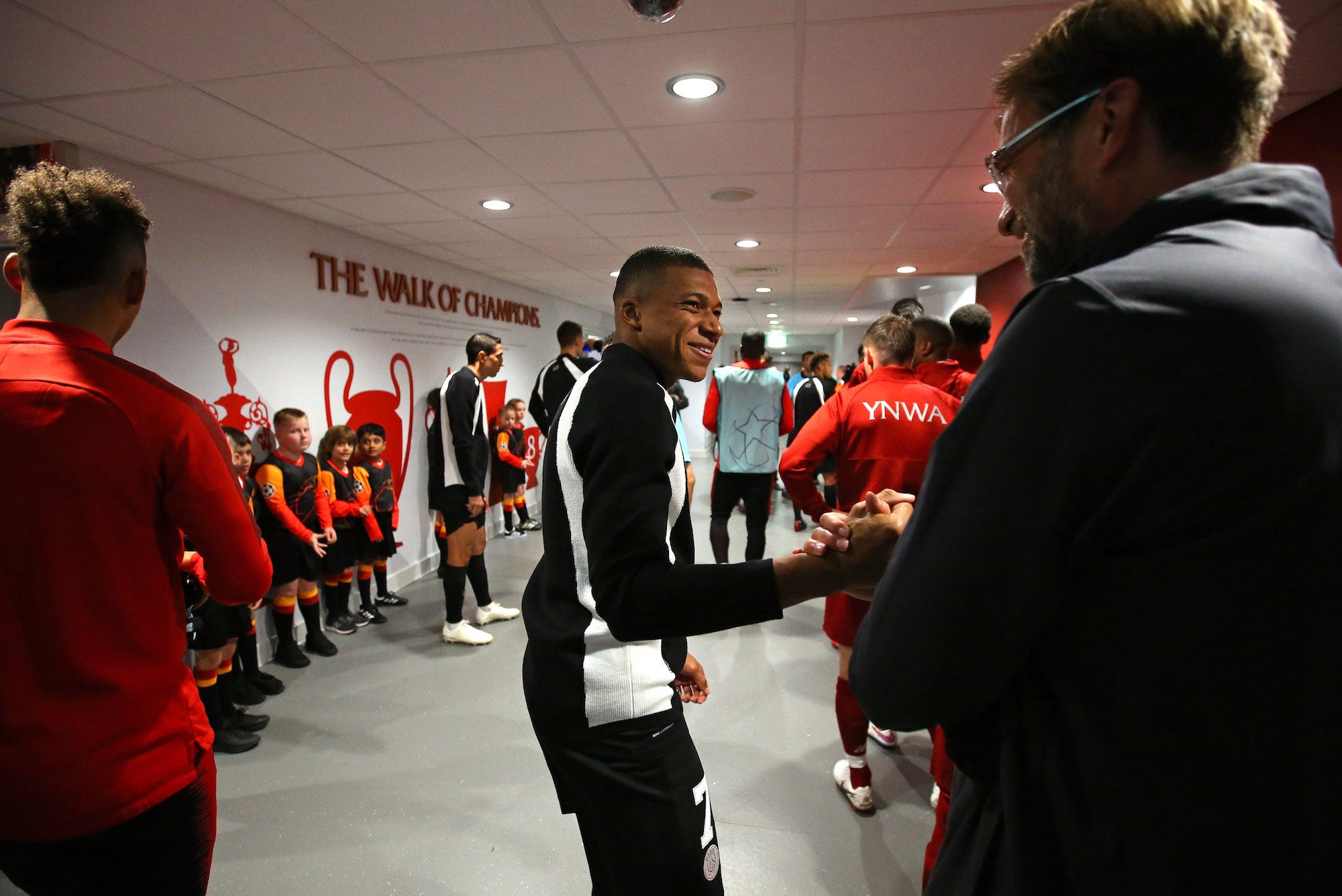 Getty/Alex LiveseyKylian Mbappe is a big admirer of Jurgen Klopp.

Kylian Mbappe has once again heaped praise on Liverpool FC and manager Jurgen Klopp, continuing his flirtation with the English Premier League club.

Liverpool is currently 25 points clear at the top of the Premier League table and on course for its first ever title once the season resumes.

“This season, Liverpool have been a machine in the Premier League,” the Frenchman told The Daily Mirror. “They have made winning look easy but the truth is that it is never easy.

“Performances like they have been having don’t just happen. To be as ruthless as they have been would come from lots of hard work in training and from having a very good manager.”

The Paris Saint Germain forward previously spoke of his admiration for the Premier League champion in waiting earlier this year, describing it as a winning “machine.”

Mbappe has also previously admitted he chooses to play as Liverpool on video game FIFA 20, according to Sports Bible.

The 21-year-old has been heavily linked with a move to Anfield in recent seasons, with LeSport10 reporting that Klopp had phoned Mbappe’s father, Wilfried, regarding a potential transfer.

Klopp however, who guided Liverpool to Champions League glory last season, has remained insistent he is happy with his current squad, and is not thinking about making any further additions right now.

“I am completely happy with the boys that I have, but I never thought about the others. When I am at a club then I work with the players I have, I don’t dream about other players.”

Mbappe has scored 30 goals in 33 matches for PSG this season, following up on last season’s return of 39 goals in 43 games.