Kyler Murray's incredible game-winning Hail Mary was based on an old Aaron Rodgers play, and he might have gotten his coach's directions wrong 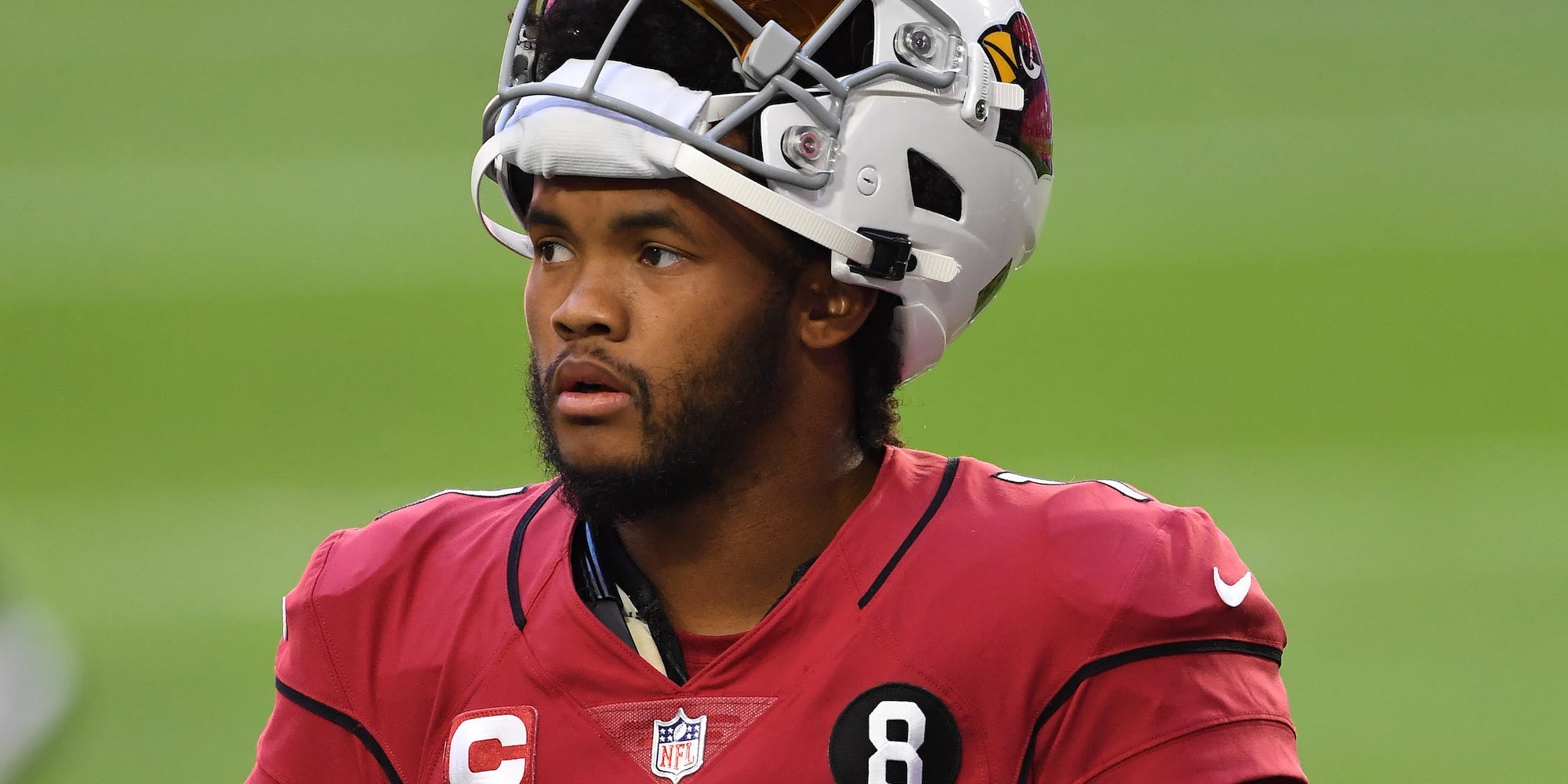 Kyler Murray’s 43-yard Hail Mary to DeAndre Hopkins for the game-winning touchdown on Sunday was very nearly the wrong throw.

According to NFL Network’s Peter Schrager, Arizona Cardinals head coach Kliff Kingsbury designed the play for Murray to hit wide receiver Andy Isabella for a 20-yard gain along the sideline.

According to Schrager, the play was modelled after an Aaron Rodgers play from 2017. Trailing the Dallas Cowboys in the final seconds of the 2016 playoffs, Rodgers rolled out of the pocket to his left and hit Jared Cook along the sideline for a 35-yard completion. The play got the Packers into field goal position, stopped the clock, and allowed them to kick the go-ahead score.

Kingsbury also told Murray that if Hopkins was open in the end zone to “let her rip.”

However, as the play developed on Sunday, Hopkins was far from open â€” he was double-teamed, with a third defender coming over once the ball was in flight. 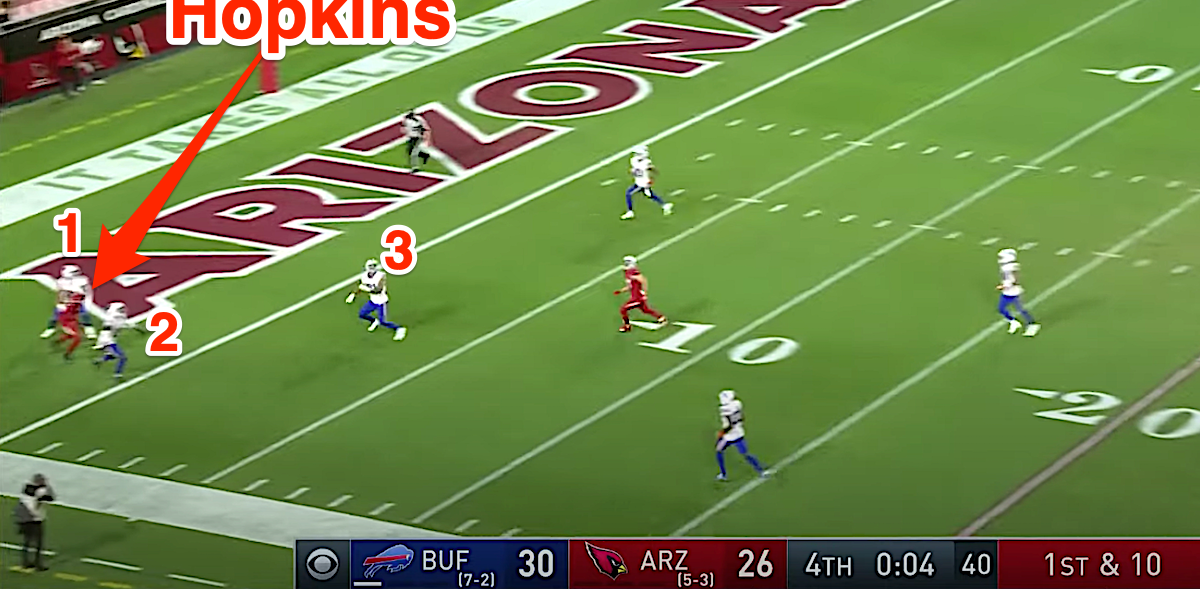 Meanwhile, Isabella may have had space to go to the sideline and get out of bounds, with time still on the clock. 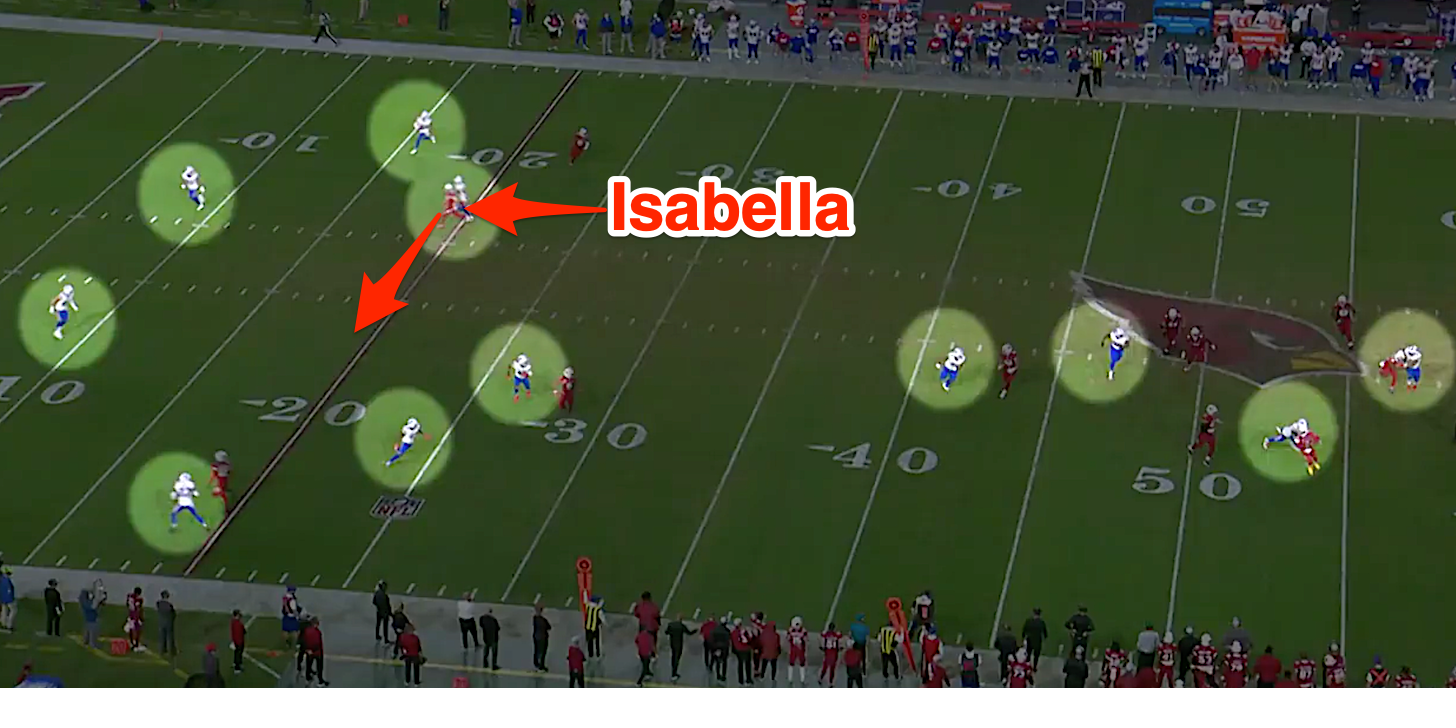 Instead, Murray threw it up to Hopkins, who won an incredible jump-ball, reaching higher than three Bills defenders and pulling the ball down to his chest for the game-winning touchdown.

Murray later told NBC’s Peter King that it was the first Hail Mary of his life.

Murray going into gun-slinger mode and throwing a risky pass to Hopkins is true to the original nature of the play. After Rodgers’ throw to Cook to beat the Cowboys in 2017, he told ESPN’s Dan Le Batard that he essentially told his receivers just to run around and get open, like a backyard football play.

"The play-call was 'Cowboy', named after Aaron Rodgers' pass to Jared Cook in the '17 Divisional Round game. The first look was for Andy Isabella 20 yards on the drag route, but Kingsbury told @K1 if he had @DeAndreHopkins deep, 'let 'er rip'. He did."– @PSchrags pic.twitter.com/lXpCzZ34WH