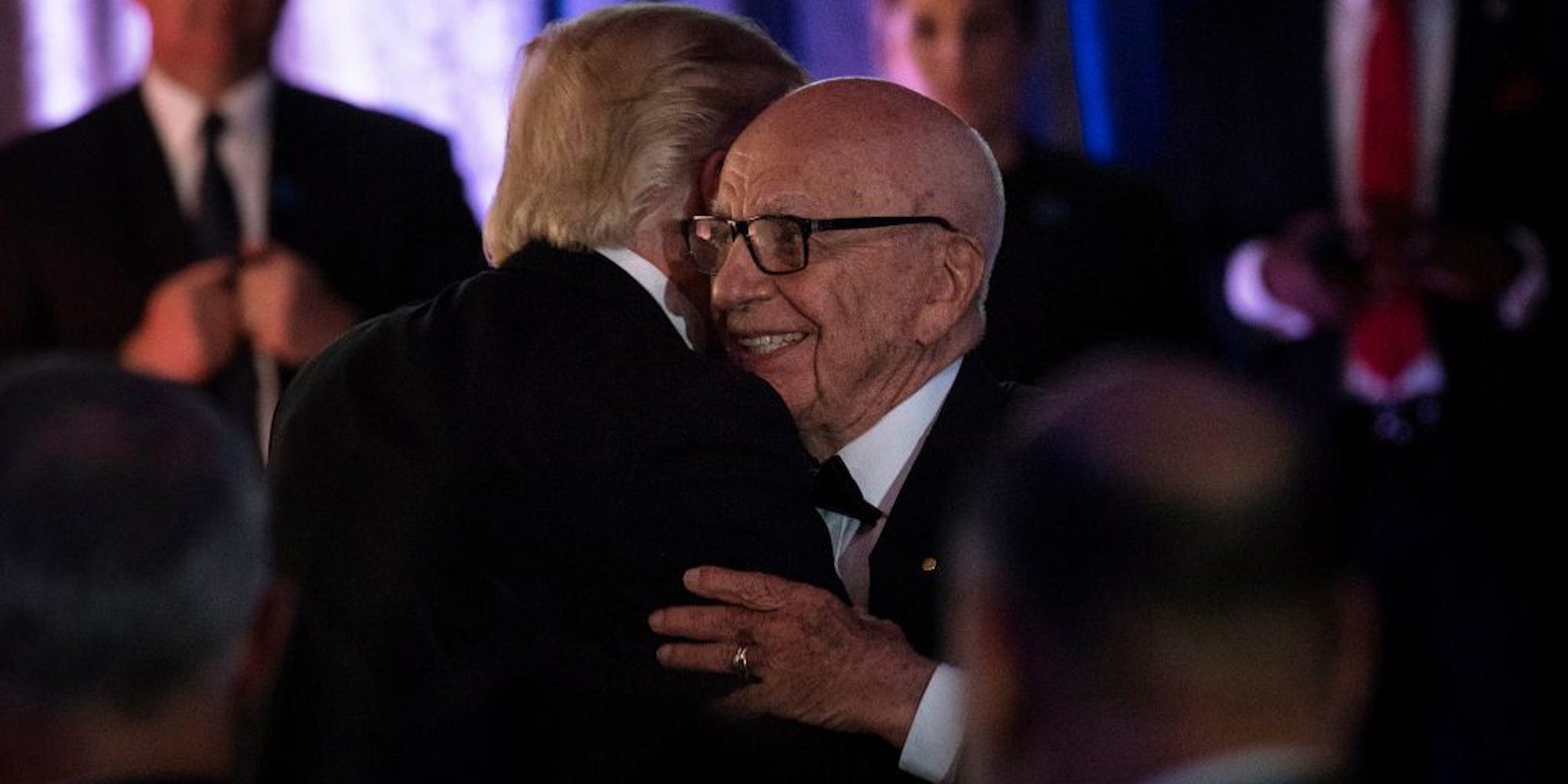 BRENDAN SMIALOWSKI/AFP via Getty ImagesPresident Donald Trump embraces Rupert Murdoch at a dinner in New York City on May 4, 2017.

Jared Kushner, President Donald Trump’s aide and son-in-law, contacted Rupert Murdoch, the owner of Fox News, in a desperate bid to overturn the network’s calling Arizona for Joe Biden on Tuesday, according to The New York Times.

Fox was the first to call Arizona on election night. It dented the momentum of the Trump campaign, which had been declared the winner in Florida and Texas, Republican-leaning states where polls had suggested Trump was losing support.

The Fox call infuriated members of Trump’s team. Jason Miller, a campaign advisor, disputed it on Twitter and called network executives in a bid to get it to retract the projection, The Times reported.


Sign up here: Join us at 2:30 p.m. ET on Thursday for a look behind the election numbers and polling with Insider’s data guru Walt Hickey

Vanity Fair was the first outlet to report on the efforts to lobby Murdoch, though it said Trump himself made the call.

In any event, the network stood firm and put the head of its decision desk, Arnon Mishkin, on air to defend the call.

Fox News has long been the media network most supportive of Trump and his administration. But outlets including The Times and The Daily Beast recently reported that Murdoch had been sharply critical of the president to members of his inner circle.

The outlets said Murdoch argued that Trump’s botched response to the coronavirus pandemic would cost him the White House.

The Associated Press followed Fox in projecting a Biden win in Arizona. But as of Thursday morning, other outlets, including Insider and its data partner Decision Desk HQ, had not projected a winner in the state, with many votes yet to be counted.

The Trump campaign on Wednesday claimed that its own data suggested Trump was on course to win the state by 30,000 votes.

Holding Arizona is crucial to Trump’s narrowing chance of winning the election. Decision Desk HQ called both Michigan and Wisconsin for Biden on Wednesday. And Trump’s lead in the crucial swing state of Pennsylvania has dwindled as mail-in ballots continue to be counted.