Jared Kushner hired his college roommate to create a national coronavirus testing plan, according to a new report 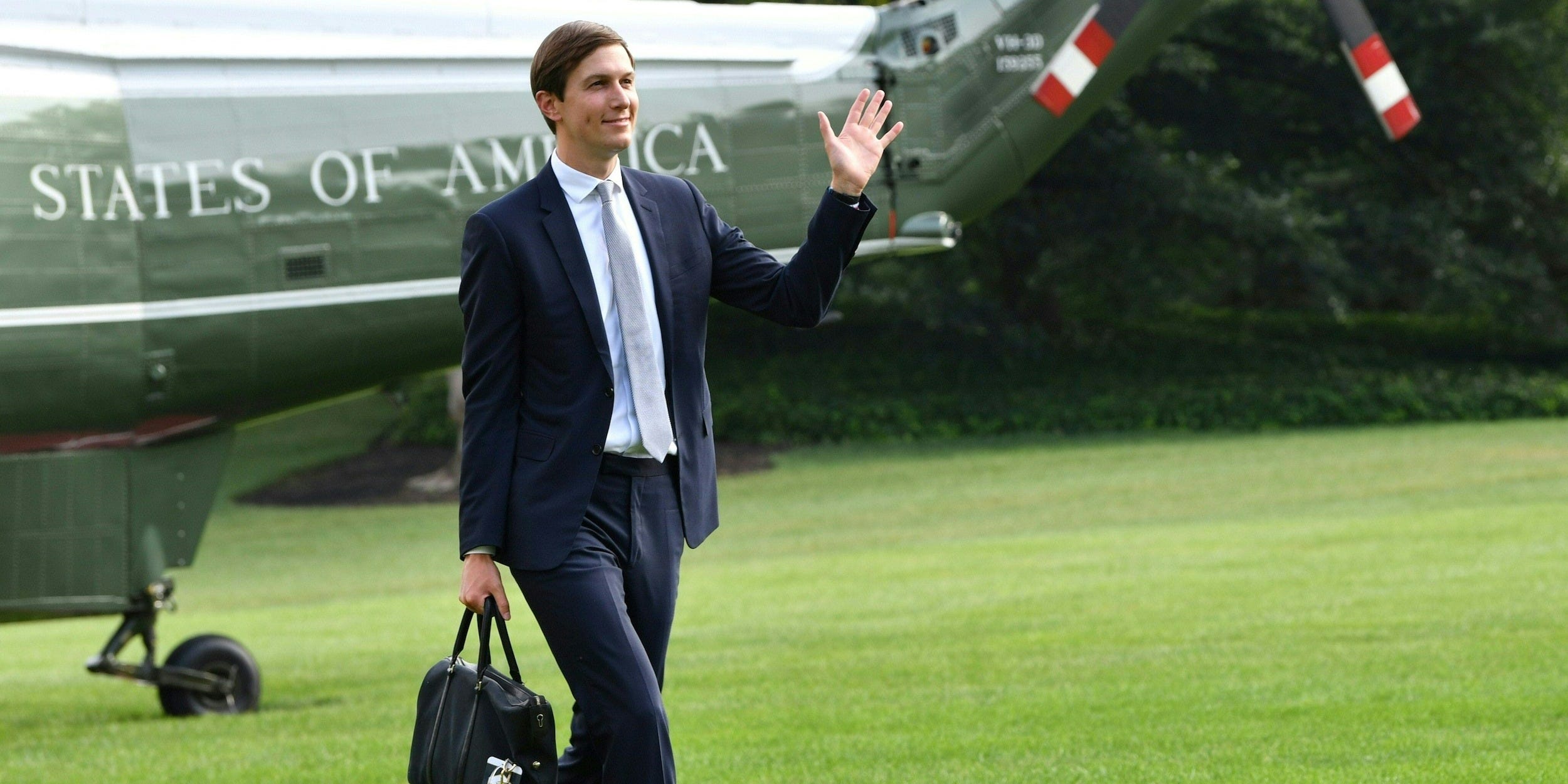 If it’s a major issue in the Trump White House, Jared Kushner is probably running point.

When he was put in charge of devising a national strategy for coronavirus testing, the president’s son-in-law and senior adviser went to his college roommate over credentialed medical experts for an initiative that eventually “just went poof into thin air,” one of its participants told Vanity Fair this week.

The Vanity Fair report, published on Thursday, included new details about Kushner’s role in the nation’s bungled coronavirus response, particularly in forming a handpicked team to create a strategy that was never implemented.

Efforts to build an advanced testing and tracing operation nationwide were scrapped, the report said. One explanation said to have persuaded Kushner to ditch he plan was a sentiment in the White House that outbreaks would be confined to blue states, providing cover for the Trump administration to blame Democratic governors for the pandemic’s damage.

The report also said Kushner’s outfit procured 1 million defunct COVID-19 tests from a company that misspelled its own name in an invoice as Cogna Tecnology Solutions.

FYI: the reporter never reached out. She attempted to email a former staffer who left the White House more than one month ago. pic.twitter.com/XCcvgD0TKf

The roommate, Adam Boehler, was part of Kushner’s “brain trust” of private-sector figures working on the virus response, Vanity Fair said. One of the people on Kushner’s team described the group to Politico in March as the “A-team of people who get s— done.”

Boehler, 41, who was Kushner’s roommate over a summer when they were in college, is the CEO of the US International Development Finance Corporation. His background was in private equity before he became the founder and CEO of Landmark Health, one of the nation’s largest providers of at-home medical care.

Boehler’s father, Dr. Rich Boehler, works at Landmark’s office in Latham, New York, and has an extensive background as a chief medical officer, according to his LinkedIn page.

In 2018, Adam Boehler was appointed the director of the Centre for Medicare and Medicaid Innovation. While Boehler has a medical background, he does not have a medical degree. He was serving on a team under Kushner that excluded the Trump administration’s own so-called testing czar, Adm. Brett Giroir, the assistant secretary for health.

Kushner’s preference for private-sector outsiders over government officials with credentialed expertise is part of a pattern that has been the subject of copious reporting. A New York Times article in April described career Federal Emergency Management Agency officials as deriding Kushner’s “impact team” as the “Slim Suit Crowd.”

“Other agencies were in their own bubbles,” apart from Kushner’s team, one of the participants told Vanity Fair. “The circles never overlapped.”