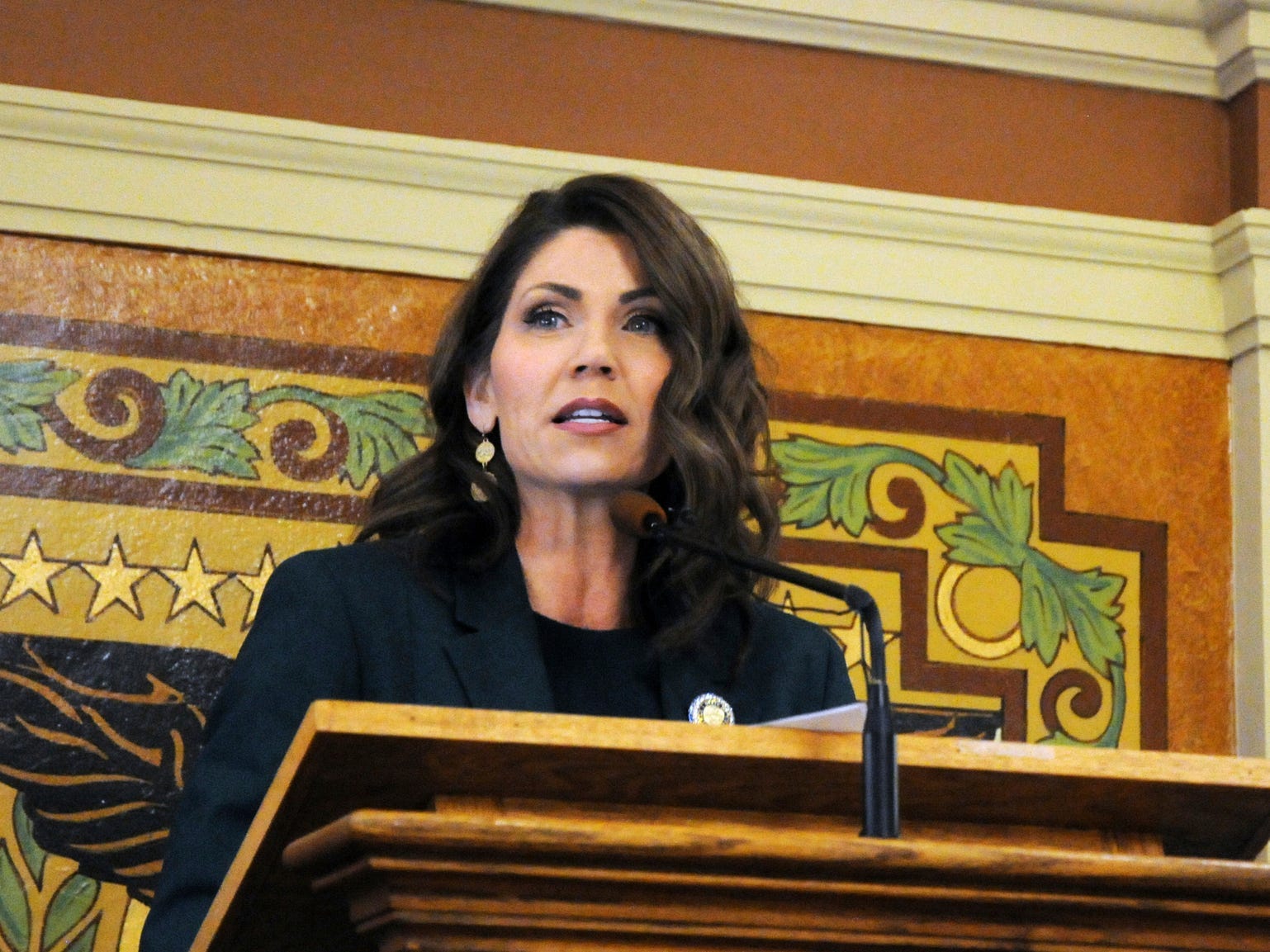 South Dakota Gov. Kristi Noem on Sunday sparred with ABC News journalist George Stephanopoulos over the results of the presidential election, with the governor saying that “illegal activities” may have aided President-elect Joe Biden at the ballot box.

On ABC’s “This Week,” Stephanopoulos began the conversation by asking Noem if she would work with Biden to fight against the coronavirus in her state, which has had one of the worst rates of deaths per capita in the country for several weeks.

Noem insisted that it was too early to declare Biden as the president-elect.

“This is a premature conversation because we have not finished counting votes,” she said.

On Saturday, virtually every major news organisation called the race for Biden as he exceed the 270 Electoral College threshold to secure the presidency after winning Pennsylvania’s 20 electoral votes. Arizona, Georgia, North Carolina, and Alaska have not been officially called for either candidate, and the final outcome would not jeopardize Biden exceeding 270 electoral votes.

Since November 3, President Donald Trump’s campaign has filed lawsuits in Arizona, Georgia, Michigan, Pennsylvania to either halt vote counting or restrict what ballots can be counted in the final vote tally.

During the interview, Stephanopoulos continued to push back against Noem, saying that there was no verifiable evidence of extensive voter fraud. However, she was adamant that widespread fraud existed, despite the lack of concrete evidence.

“People have signed legal documents, affidavits stating that they saw illegal activities,” Noem said. “If you look at what happened in Michigan, that we had computer glitches that changed Republican votes to Democrat votes. You look in Pennsylvania, dead people voted in Pennsylvania.”

A viral claim of 21,000 deceased Pennsylvania citizens voting in the election spread on the internet last week, which was debunked by The New York Times.

“Dead people whose identities were used to vote appear to be a popular subject for those who are spreading unsubstantiated claims of fraud about the election,” The Times said. “Assertions that the dead had voted in Michigan also surfaced on Twitter and other social media this week. But The Times found that the Michigan voters were alive and had voted legally, and that in some cases their birth dates had shown up inaccurately because of clerical errors.”

Noem then brought up the razor-thin 2000 election between then-Vice President Al Gore and then-Gov. George W. Bush of Texas, saying that there was over a month of time where votes were scrutinised and appeals worked their way through the courts in Florida.

Stephanopoulos seemingly dismissed the comparison, saying that the close vote tally in Florida wasn’t applicable to the 2020 election, where Biden posted significant leads in many key swing states.

“That is not within the margin that elections are usually turned around on,” he said.

Noem disagreed, saying that the fight wasn’t “just about this election” and that people “need to know at least America still functions and we care about doing things right.”

Stephanopoulos said that the claims of voter fraud were unfounded.

“It starts with providing evidence,” he said. “You still have not provided it.”