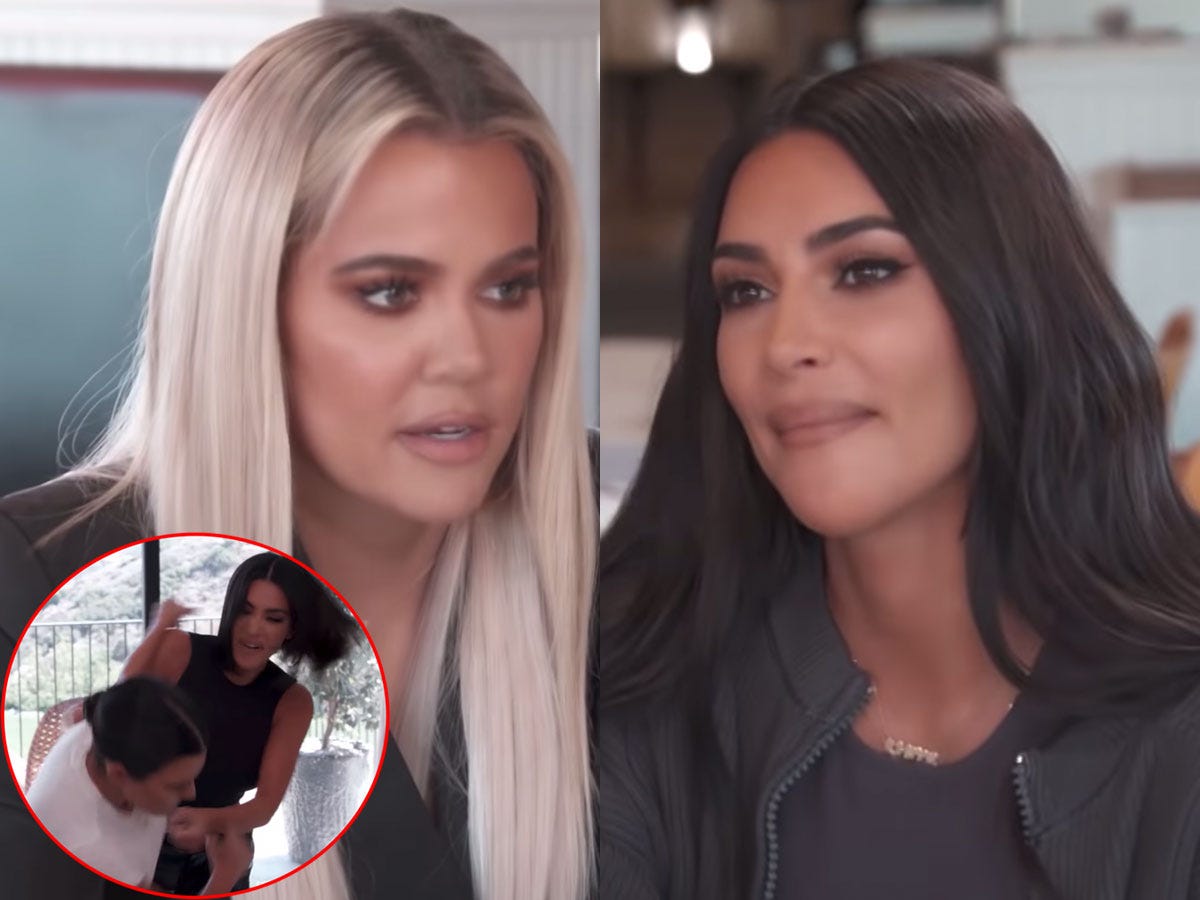 E!Khloe Kardashian and Kim Kardashian West spoke about the fight on ‘KUWTK.’

During a trailer for an upcoming episode of E!’s “Keeping Up With the Kardashians,” which was released on Saturday,Khloe Kardashian speculated that Kourtney Kardashian only apologised to Kim Kardashian West for their explosive on-screen fight because they had an upcoming trip planned together.

In the trailer, Khloe, Kim, and Scott Disick sat at a restaurant to discuss the aftermath of Kim and Kourtney’s physical fight – which left Kim bleeding and scratched. Khloe, who was present for the fight, said that she reached out to Kourtney to talk about what had transpired between the sisters.

“If I didn’t reach out to Kourt, she never would have reached out to me, which is crazy,” she explained, leading Kim to share that Kourtney did contact her to talk through their issues.

Kim said, “She did reach out to me. And so, she said, ‘Can we meet tonight? ‘Cause, I have a fitting tomorrow.'”

However, Disick, who shares three children with Kourtney, raised the point that the sisters have an upcoming trip to Armenia planned. Because his children will be on the trip with them, he asked if there’s a plan to make amends before they travel together.

“I’m trying to understand about Armenia, ’cause obviously it has to do with my children,” he said. “What do you think? Are you just gonna sit down one day prior and then get on a plane across the world?”

After Disick brought up Armenia, Khloe suggested that Kourtney may have tried to make up with Kim solely because of the trip.

“I think she’s only apologizing cause there’s a deadline, or else I don’t think she would have done it,” she said.

Seemingly in accordance with Khloe’s theory, Kim and Disick laughed.

Khloe isn’t the first Kardashian-Jenner sister to share her thoughts on Kourtney’s role in the fight. In a “KUWTK” episode that aired after Kim and Kourtney’s showdown, Khloe spoke with Kendall Jenner and Disick about the eldest Kardashian sister’s tendency to take on the “victim role.”

“I know how it happened,” Jenner responded. She added, “Honestly, I think starting with their breakup,” referring to Disick and Kourtney’s 2017 split after 11 years of on-again, off-again dating.

As Disick refuted the claim, she supermodel said, “I’m just saying I think that whole situation might have mentally f—ed her and I don’t think she dealt with it.”

While the fight stirred trouble during season 18 of the show, a source told Entertainment Tonight that the sisters have since moved forward.

“Although Kim and Kourtney had a blowout fight on last night’s episode of ‘KUWTK,’ the sisters are fine and back on good terms. They were able to discuss their differences and although they don’t agree on how each handles things, they respect one another,” the source said, adding, “The sisters are embarrassed of the fight, but since the day they signed up to do the show, they promised to show their real life.”