Kodak’s bond holders are ready to cash in on last week’s monster stock rally that saw shares jump as much as 2,190% in three days after the company was awarded a $US765 million loan from the US government.

In an 8-K filed with the Securities and Exchange Commission on Monday, Kodak said it would issue 29.9 million new shares after it received notice from its convertible debt holders that they were ready to exercise their right to convert their debt into stock.

Convertible debt is a hybrid bond that allows the debtholder to convert their notes into stock. The convertible notes are typically reserved for companies with junk debt ratings, and are typically held by bond investors who see both upside potential and high risk in the company.

Read more: These 16 global stocks have at least 20% upside in the next year – and they will continue to thrive as COVID-19 accelerates a crucial technological shift, UBS says

Kodak said on July 29 it received conversion notices from holders of its 5.0% secured convertible notes due 2021. The aggregate value of the convertible notes is $US95 million, which will then be converted into 29.9 million shares that can then be sold.

At today’s opening price of $US21.00, the $US95 million convertible notes stake is worth $US628 million.

According to the 8-K, the notes were issued in 2019 to a number of funds managed by Southeastern Asset Management.

Kodak’s outstanding shares will increase 60% to 75.5 million after the debt is converted into equity, which is expected to happen Monday.

Read more: A Wall Street quant chief breaks down why a COVID-19 vaccine is not the silver bullet investors have been hoping for – and warns another stock-market meltdown is likely 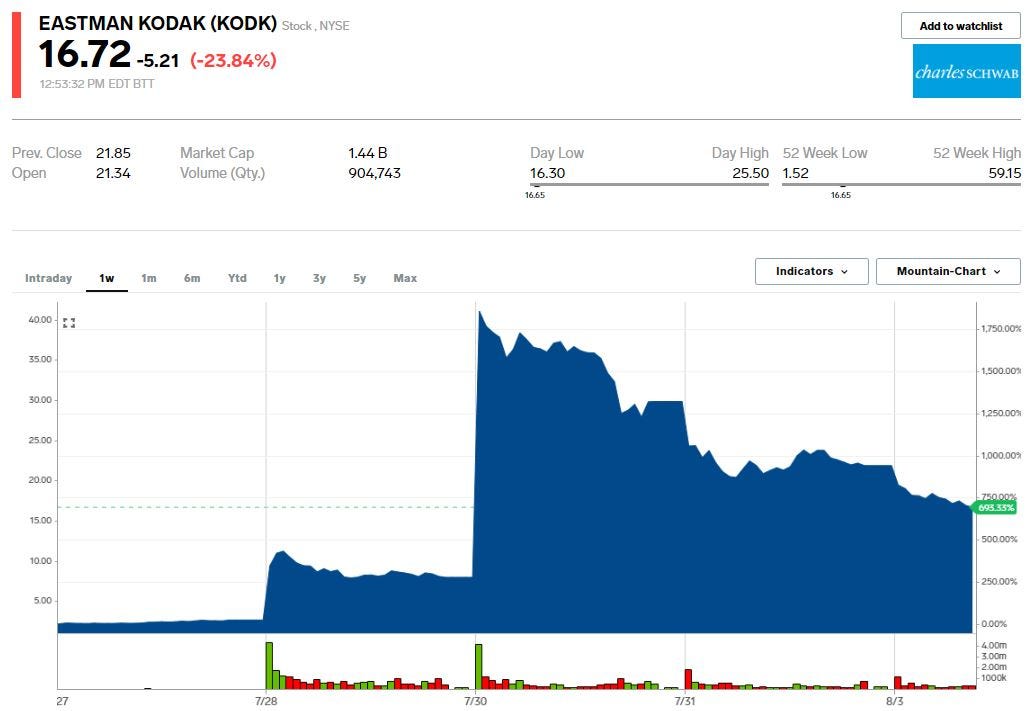