Stockholm-based KnCMiner sold $US8 million worth of their new $US10,000-a-pop Bitcoin miners in 24 hours last Wednesday, according to KnC spokesman Alex Lawn.

Bitcoins are mined by directing intense amounts of computing power at solving maths problems. The faster you can solve maths problems, the more Bitcoins you get.

Bitcoin is structured so that it gets harder and harder to mine Bitcoins over time, so there’s a huge arms race to build the most hardcore computers dedicated to mining the coins.

KNC says it sold $US1 million every hour for the first five hours the new unit, called the Neptune, went on sale, said the company spokesman. The huge sales are despite the fact that the product won’t even be available until early next year.

The breakthrough they claim in the Neptune is a 20 nm application-specific integrated circuits (ASIC), which means more circuits can be fitted on a chip, allowing for faster and more complex processing while using less power. Electricity costs are the principal limiting factor in mining Bitcoins, and Lawns claimed the Neptunes enjoy a 30% reduction in power consumption from the previous generation.

KnC claims its new miner is technically capable of mining up to
2.1 Bitcoins a day under ideal conditions and if the hardware is allowed to run 24 hours a day. A one-to-one comparison with previous models is difficult to use because it becomes harder to mine one Bitcoin as more Bitcoins are produced. Still, he said, customers could have already made up to $US70,000 from their current 28 nanometer miner if they got it in October, when Bitcoin was worth less than $US200. It’s new worth more than $US1,000. Lawn also claims KnC customers already create 70% of the Bitcoins mined in a day. We can’t verify that claim.

“We went right to the cutting edge, because we had to, as someone was going to, so it better be us,” Lawn told us in a note. “A formula one race if you will. The competitors were late to the start line so they had to make wild claims, but I think they’ve taken it a bit too far. “20 nm is bleeding edge. We may well beat Apple as they plan to use it at ‘some point’ next year.”

Lawn said KnC is hoping to begin shipping Neptunes by Q2 2014 at the latest.

The combined amount of processing power now being devoted to Bitcoin is now greater than what the top 500 supercomputers combined are capable of, according to Forbes’ Reuven Cohen. BI contributor John Aziz recently discussed the moral implications of this, addressing the argument that all that computing could be more usefully directed at any number of pressing world problems.

But if you’re looking for a high-growth industry, this is it. 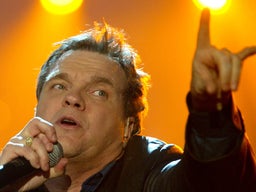