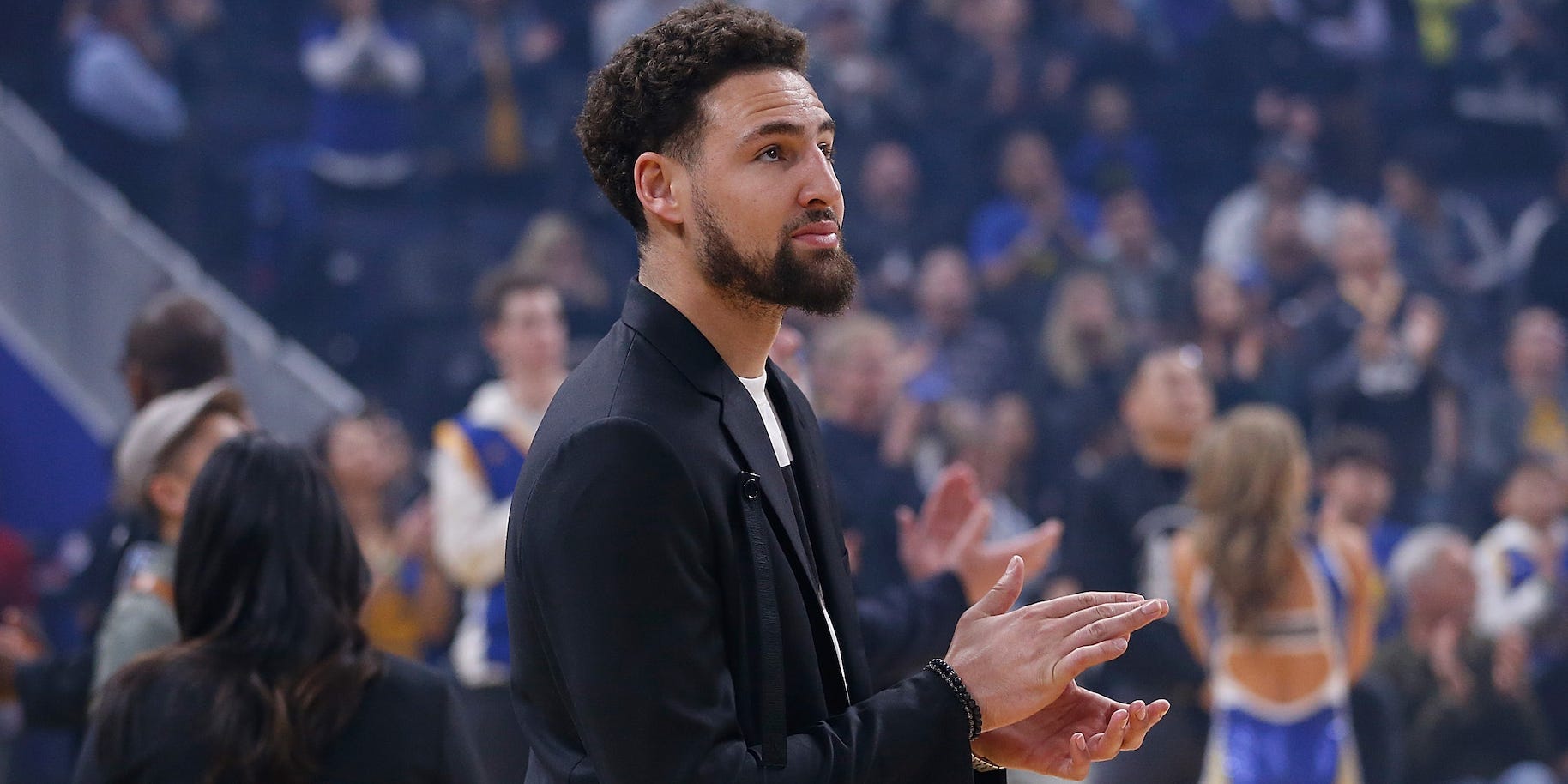 Klay Thompson suffered a devastating setback in his return to the court this week.

Thompson reportedly tore his Achilles tendon in his right leg and will miss the 2020-21 season. Thompson tore his ACL in his left leg in June 2019 during Game 6 of the NBA Finals and missed all of the 2019-20 season.

The NBA world was heartbroken by the news. Thompson is one of the most beloved players in the league thanks to his sweet shooting stroke, tireless defence, and lax personality off the court. He will now miss two full seasons of his prime.

On Thursday, Warriors General Manager Bob Myers even told reporters that a rival coach offered his condolences on Thompson’s injury.

“I talked to somebody today, an opposing coach just called me who I really admire and respect, and called and said ‘I’m very sorry about Klay,'” Myers said.

Myers said he believes Thompson and Derrick Rose are two of the most “beloved” players in the league.

“I said I think there’s two players in the NBA that everybody likes and respects without a doubt. And I’m going to say the other guy’s name. I don’t think I’m going to get in trouble … I think it’s Klay Thompson and Derrick Rose. Those two guys, I think, are universally beloved.”

Thompson is an irreplaceable part of the Warriors’ core. Thompson’s shooting and constant motion on offence create nightmares for opposing defences also trying to track Stephen Curry. On the other end, he has transformed into an elite defender who guards the opposing team’s best wing. The Warriors’ system simply isn’t the same without him.

After going 15-50 during last season’s injury-fuelled campaign, many expected the Warriors to get back into the mix of contenders with a healthy core, Andrew Wiggins, and this year’s No. 2 pick.

Instead, this Warriors era is likely over as we’ve known it. When Thompson returns to the floor, he’ll be coming off of two extreme injuries, turning 32, with almost two years off of basketball. Curry will be 33, turning 34, and Draymond Green will be turning 32, with many miles of playing undersized under his belt.

Unfortunately, for the Warriors, there is little way to re-tool and remain a contender. The core of Curry, Thompson, Wiggins, and Green are due over $US269 million combined over the next two seasons.