Kim Kardashian gave a mini tour of her kids' playroom, and it's one of the only rooms in her house that has colour 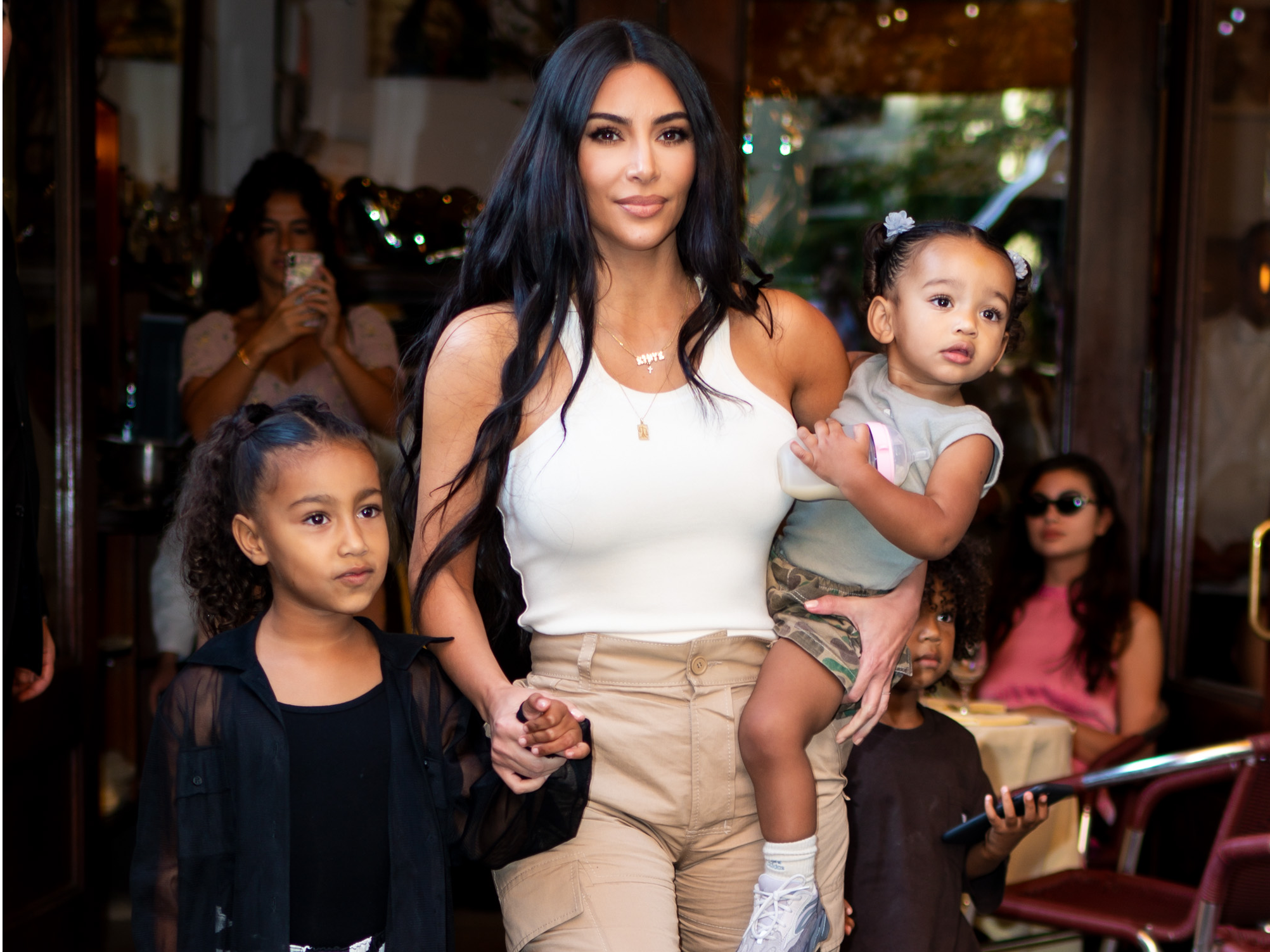 Kim Kardashian West and Kanye West’s home has become famous for its sleek design, with Kim describing it as a “minimalist monastery.“

But the 39-year-old mogul and reality TV star recently shared footage of her kids’ playroom that shows there are some areas of her house that aren’t so austere.

Kardashian West took fans on a tour of the playroom via her Instagram Story on Wednesday night. 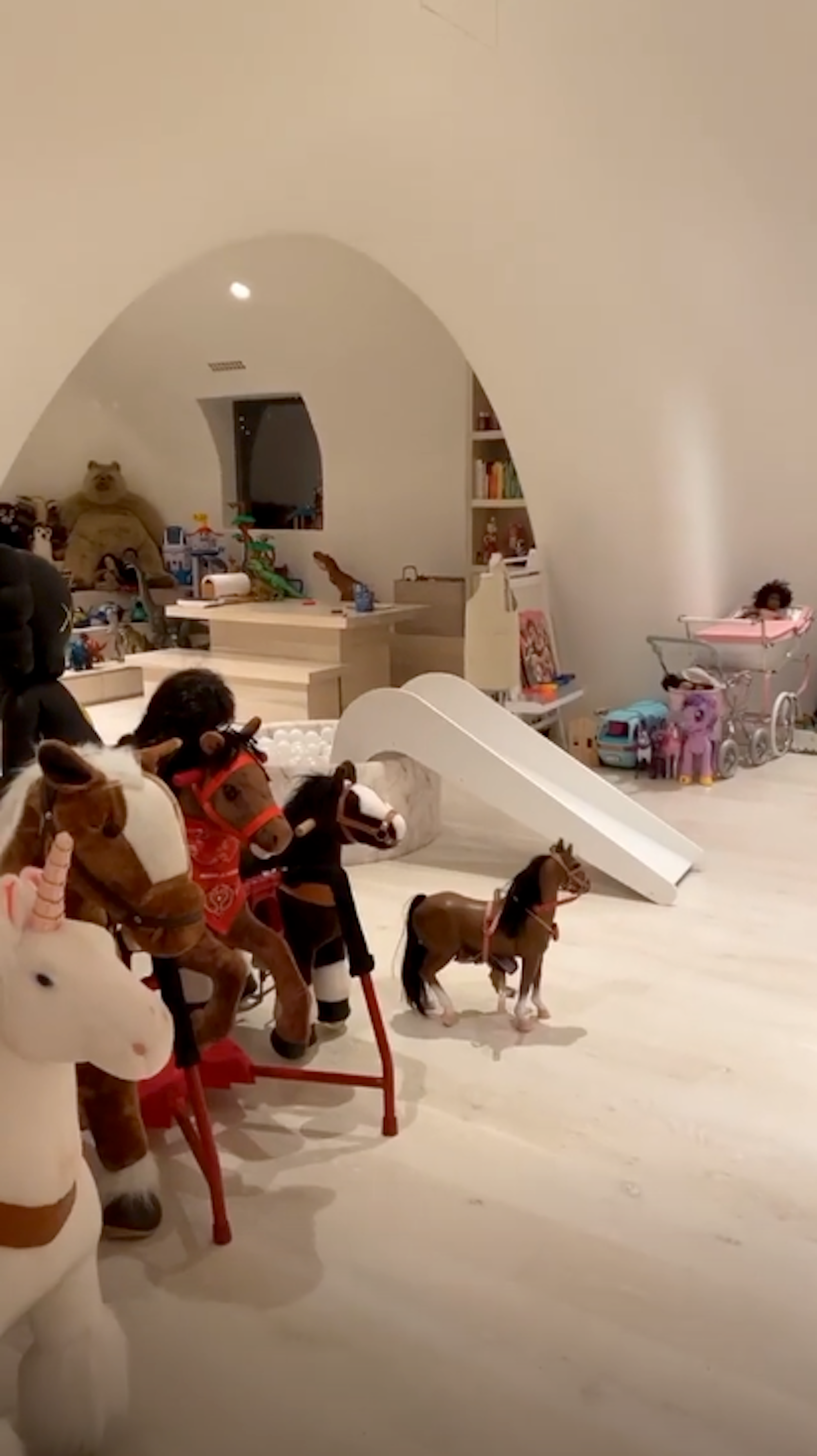 Kim Kardashian West/InstagramThe playroom has colour, unlike the rest of the West family home.

“You guys always say my house is so, like, minimal,” Kardashian West said in the first of a series of videos showing off the room. “Well you guys haven’t seen my playroom.”

The large room has different areas for each of the West kids – North, Saint, Chicago, and Psalm – as well as common areas they all use. It’s not quite as large as their cousin Stormi Webster’s playhouse, but there’s still plenty of room for all of the kids.

The kids share a stage with drums, a piano, and fluffy chairs, where Kardashian West says they practice as a band. 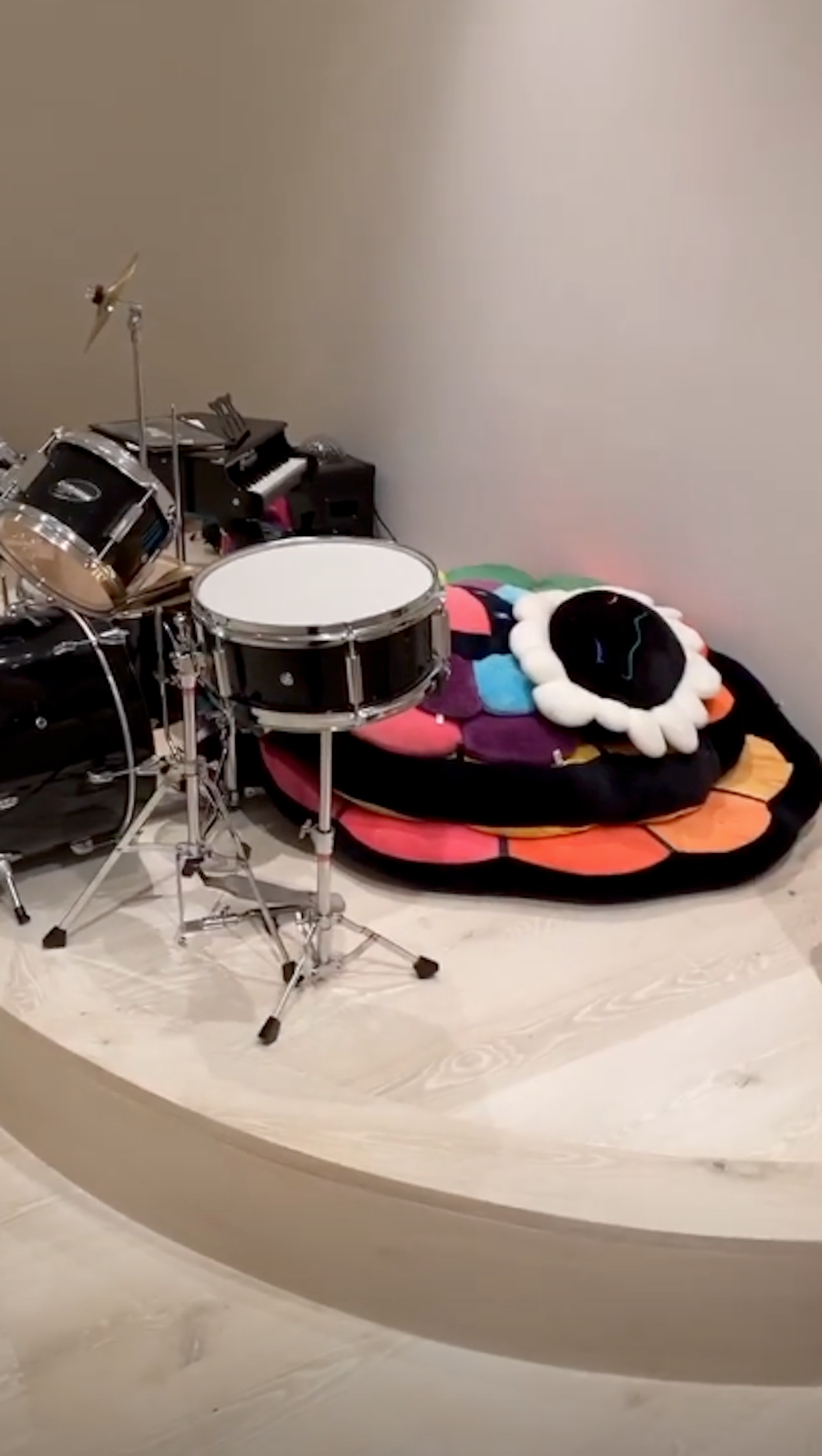 Kim Kardashian West/InstagramThe room features a stage for the kids.

North plays the violin, according to Kardashian West.

A projector sits above the stage, so the kids can watch movies while they play.

The room also features a table where the kids do their homework, as their mum shared in the coverage. 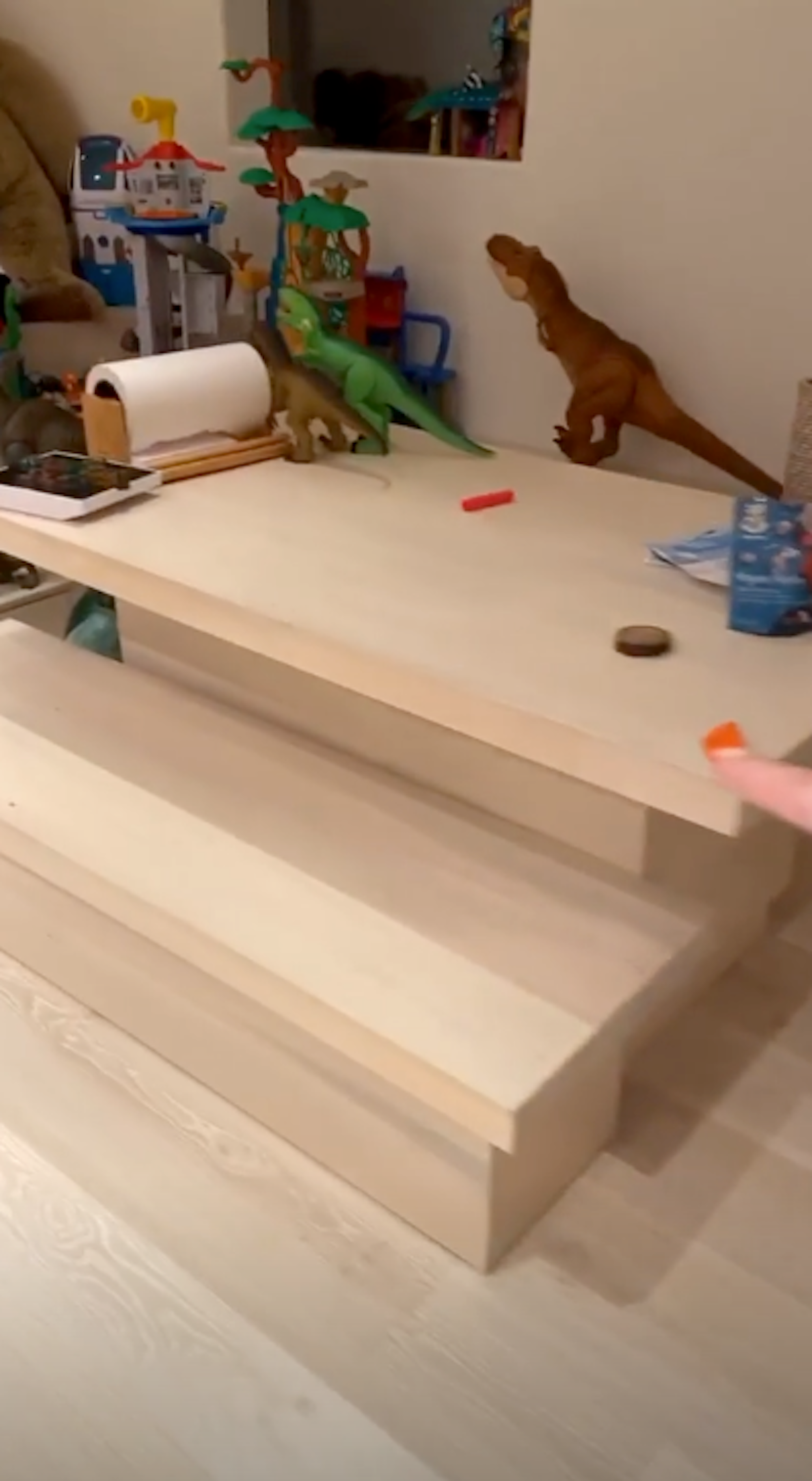 Kim Kardashian West/InstagramThe West kids do their homework in the room.

Shelves of colourful books sit behind the table, contrasting the monochrome look of the rest of the house.

“There you have it, people,” Kardashian West says in the video. “There’s colour!” 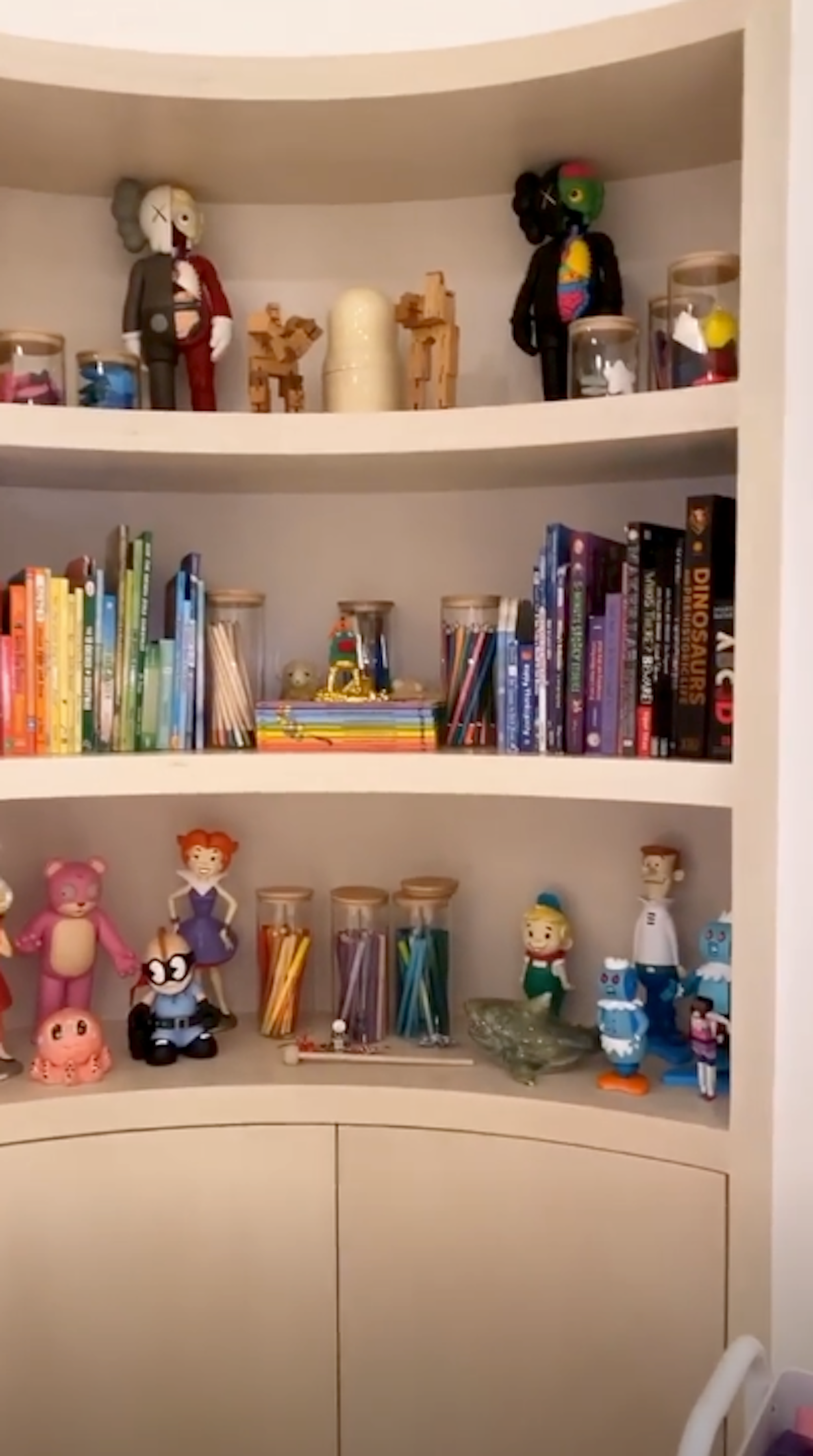 The room also features a ball pit with a slide that can be attached, and multiple toy horses for the kids to ride.

Each of the West kids has a specific area in the room where they play, such as corner full of O.M.G Fashion Dolls for North, and shelves of dinosaurs and Legos for Saint.

But Chicago’s favourite area might be the most elaborate, as it features a miniature grocery store and ice-cream parlor.

The miniature store actually allows her to ring up shoppers’ items, making the “beep” sound you would instantly recognise from the grocery store. 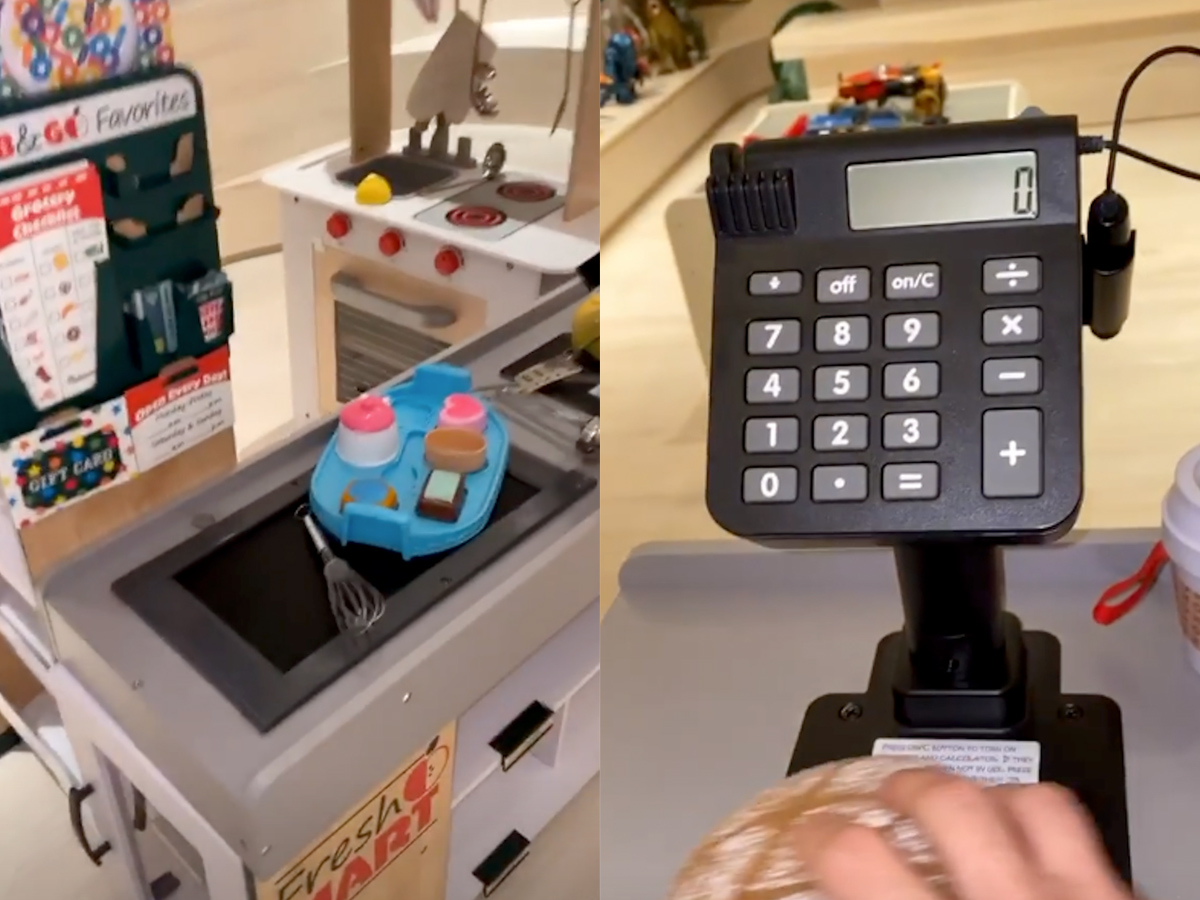 Namely, the room is just as organised as the rest of their house. All of the drawers and closets within the room are colour-coordinated and neatly packed, just like the pantries in Kardashian West’s kitchen.

For instance, the playroom features a giant arts and crafts closet full of boxes labelled with each kind of toy the kids may need, including crayons, Play-Doh, and stamps. 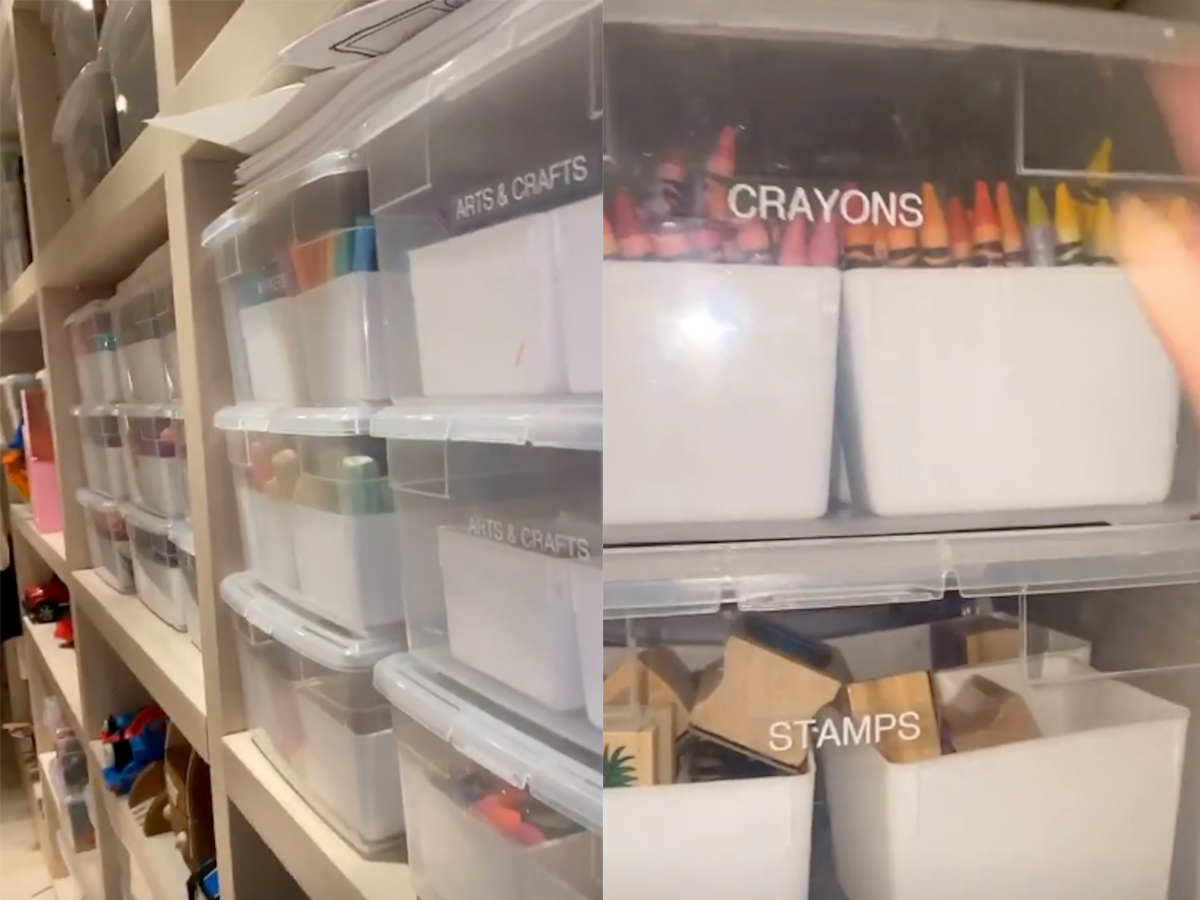 The crayons are even organised by colour within the plastic boxes, making it simple for the kids to find what they need.

The closet also features costumes for the kids to play dress-up, with Kardashian West pointing out costumes from “Moana” in the video.

The clothes hang neatly at the back of the closet, and they’re also organised by colour. “It’s a pretty organised area,” Kardashian West said of the closet, which is a bit of an understatement when you consider how neat the room is compared to other children’s play areas.

“This is where my kids have fun,” she added at the end of the series of videos.

The playroom isn’t the only space in her house that isn’t devoid of colour. Kardashian West recently shared photos of North’s room, which is entirely pink.