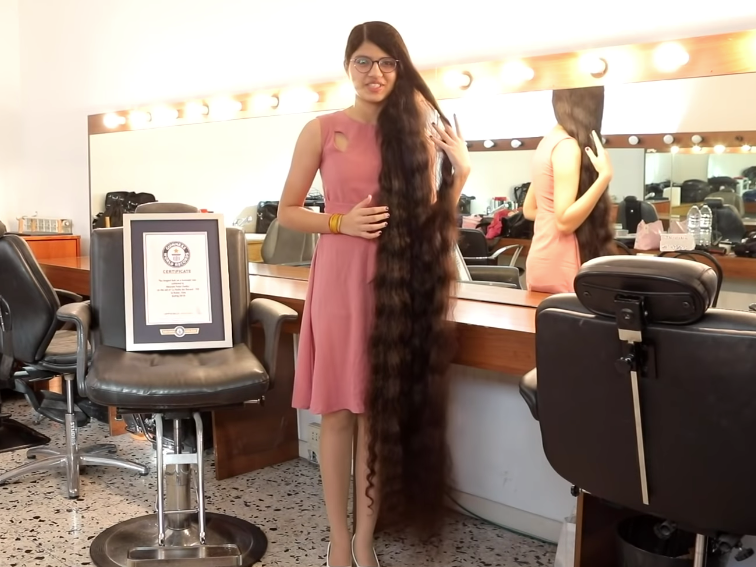 YouTube/Guinness World RecordsNilhanshi Patel, 16, has the longest hair on a teenager.

Have you ever considered spending hours practicing how to speed-clap, or collecting four-leaf clovers? These kids have sometimes spent years preparing to break world records, though some were also simply born to make history.

Keep scrolling to learn about 18 times kids have risen above and beyond to break world records.

Greta Thunberg, now 17, became the youngest person to ever be named Time’s Person of the Year in 2019. The climate change activist was still just a teenager when she was named Time’s Person of the Year, making her the youngest recipient ever. She appeared on the cover at 16 years, 354 days old.

Archie Norbury was only 4 years old when he became the youngest club DJ. Norbury, or DJ Archie, became the world’s youngest club DJ when he performed at Bungalow in Hong Kong last year. According to DJ Archie, the best part of being a DJ is the songs. His favourite genres are house, drum and bass, and garage.

Montannah Kenney is the youngest female to climb Mount Kilimanjaro. She was only 7 years old. 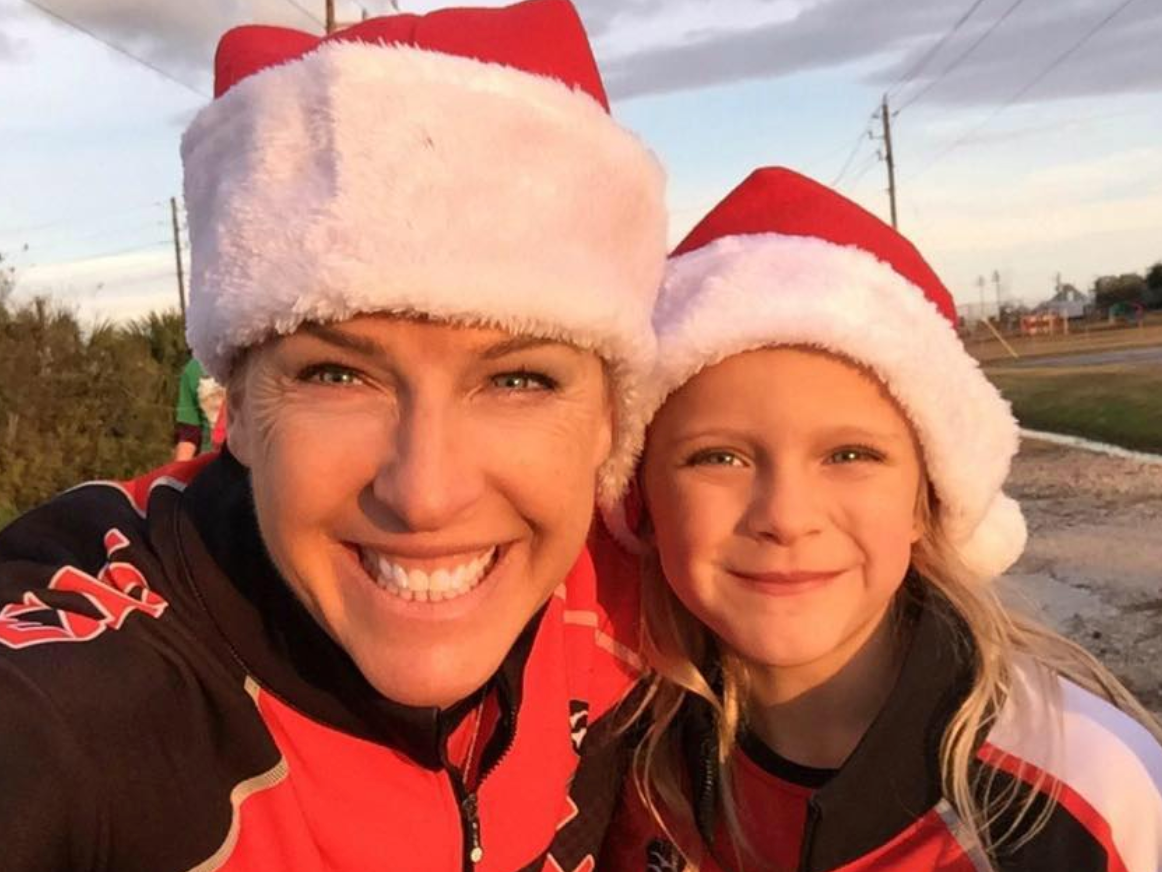 Kenney asked her mum to climb the 19,341-foot volcano in Tanzania, the highest mountain in Africa, to be closer to her father in heaven, who had died five years earlier.

“I blew kisses at dad so he knew I was there,” the 7-year-old told The Austin American-Statesman.

In 2018, Montannah and her mum, Hollie Kenney, completed the climb in 6 1/2 days from base to peak after training for several months.

Then 17, Henry Cabelus broke the record in 2017 for most consecutive back flips on a pogo stick. 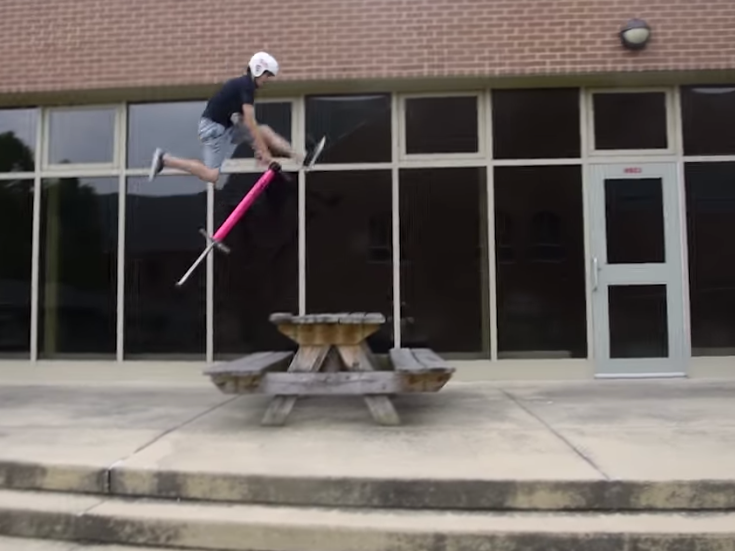 Cabelus completed 20 back flips in a row to earn the title of Guinness World Record-breaker. He began pogo-ing when he was just 12 years old, and subsequently joined the XPOGO stunt team, which holds 13 world records. Giersdorf won the first Fortnite World Cup on July 28, 2019, and took home the $US3 million prize, making him the very first solo winner.

This was just one of a few world records broken during the tournament. It also had the largest e-sports individual tournament prize pool, the largest payout for a single player in an e-sports tournament, and Emil Bergquist Pedersen and David W. became the first duo to become Fortnite World Champions.

Nilanshi Patel, 17, has the longest hair on a teenager, making her a real-life Rapunzel.

Patel, who hails from India, simply refused to cut her hair after getting a traumatising haircut when she was 6. She hasn’t cut it since then, and when her mane was measured at 170.5 centimeters (or 5 feet, 7 inches) in 2018, she broke the record.

According to Allure, though Patel is the teen with the longest hair, her locks aren’t even a third as long as adult record-holder Xie Qiuping’s – her hair is 18 feet long.

Ryan of Ryan ToysReview has the most-viewed YouTube channel for a “millennial,” which in this case means someone born after 2000. 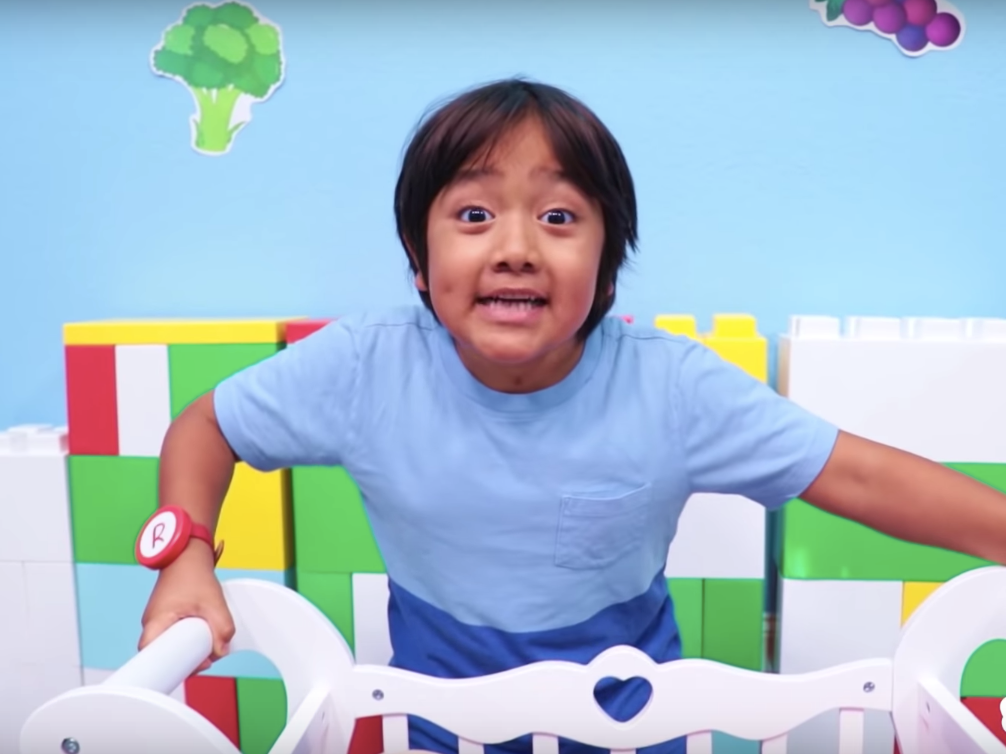 Ryan has the most viewed YouTube channel for someone born after the year 2000. When he earned the record in 2017, he was just 6 years old, and his channel, Ryan ToysReview, had been viewed over 12 billion times.

Now, his channel boasts 24 million subscribers and over 37 billion views, and he makes $US22 million a year from it.

Students at Ohio’s Padua Franciscan High School played kickball for 51 hours in 2011, making it the longest game of kickball ever. The game raised $US10,000 for Kick-It, an organisation dedicated to raising money for children with pediatric cancer. The final score, after 474 innings, was 431-306.

Mathu-Andrew Budge has the largest hands on a male teenager in the world. 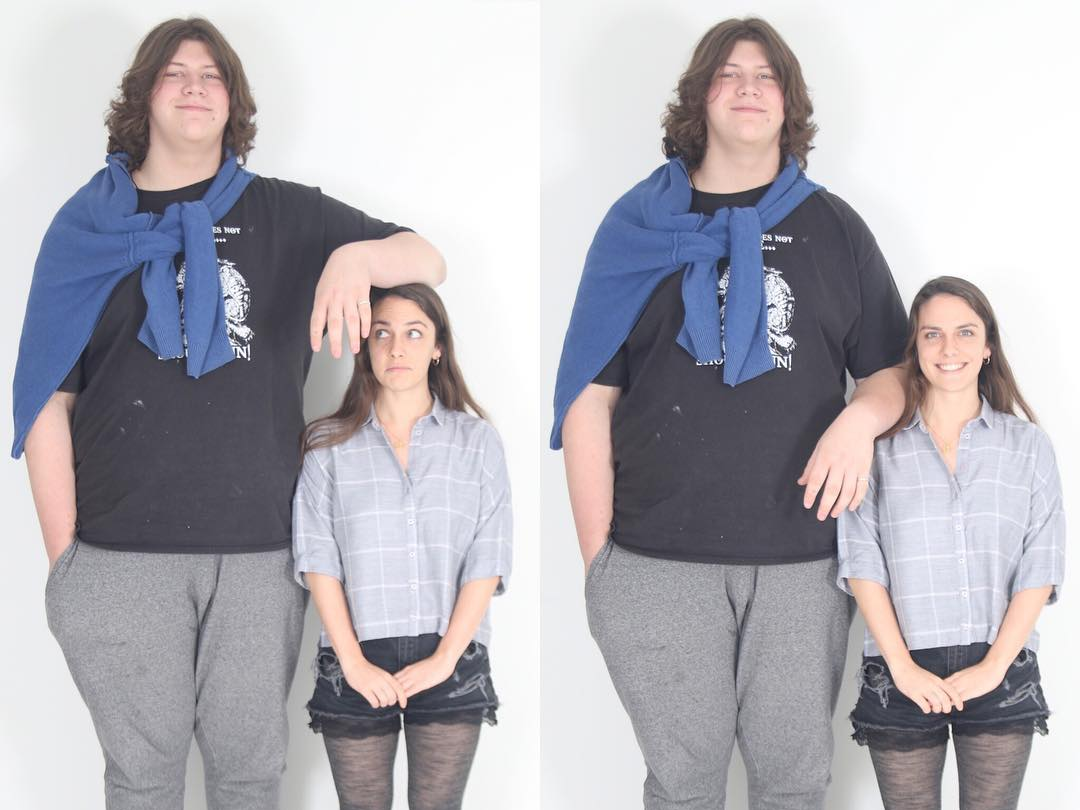 Budge is a staggering 6 feet, 10 inches tall, and has giant hands and feet to match – though his hands are what earned him this record.

Budge also had the largest feet on a male teenager, but his record was broken after only a few months by 16-year-old Lars Motza. 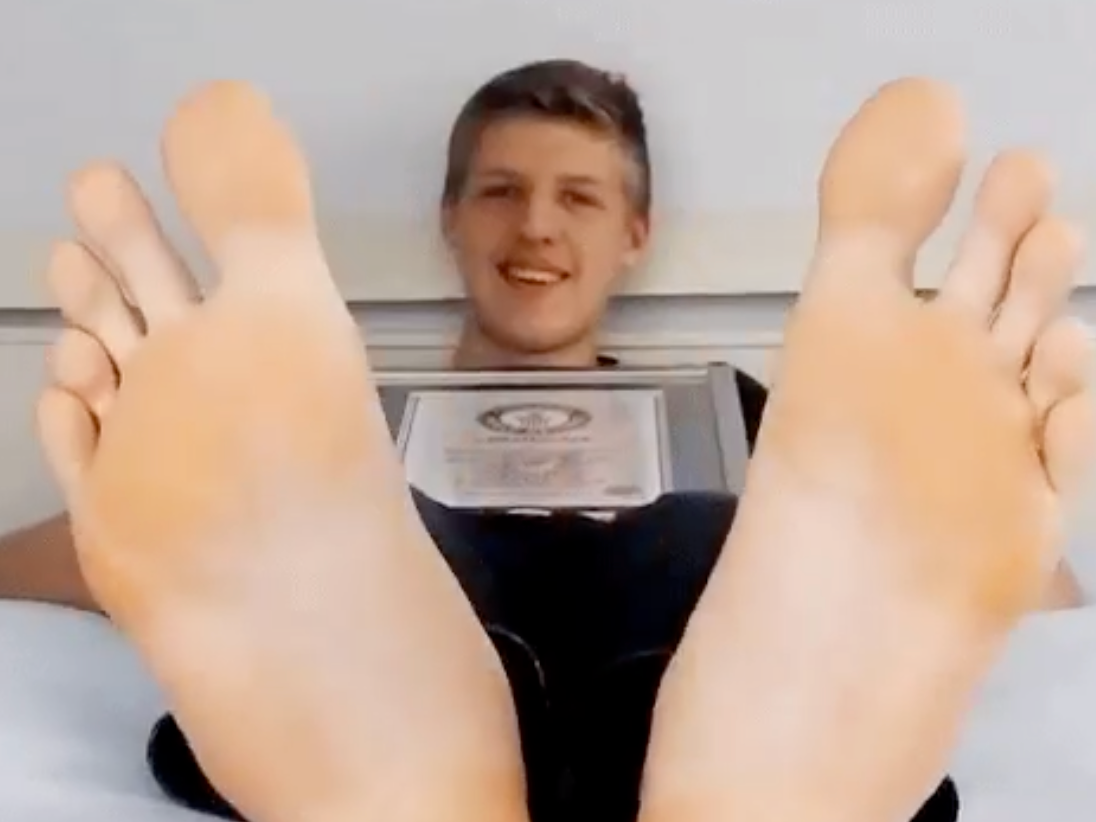 Motza, who is from Germany, told Guinness that sometimes people make jokes about his feet, but overall the most annoying thing is the lack of options for footwear. “[To] simply to have two pairs of shoes to choose from would be an experience of a special kind,” he said.

In 2018, Seven Wade, then 9, broke the world record for most claps in one minute. 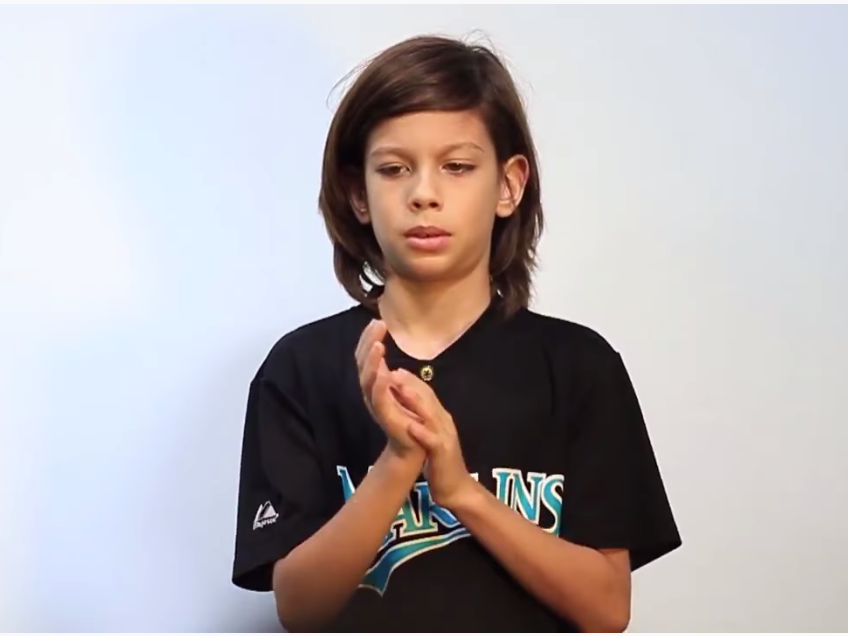 Wade clapped a mind-boggling 1,080 times in 60 seconds – he even got blisters from rubbing his hands raw while practicing.

Roxanne Downs was just shy of her 9th birthday when she was recognised as the world’s youngest magazine editor in 2018. 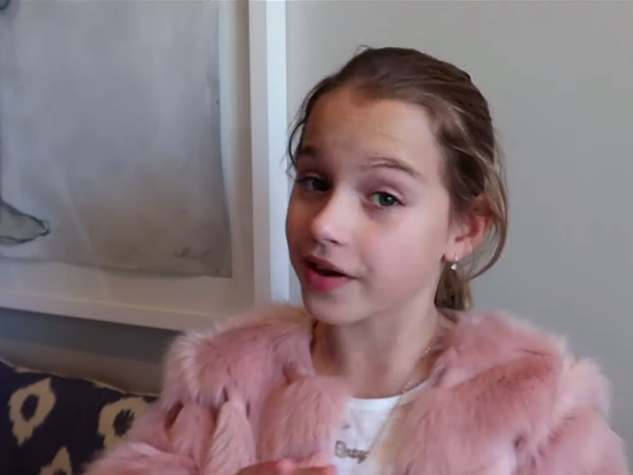 Downs had been editing IT GiRL Magazine for six months before the first issue hit the stands in her native Australia. According to Guinness, her role includes “attending launches, creating editorial concepts, market research, writing the monthly editor’s letter, and reviewing the magazine before print.” 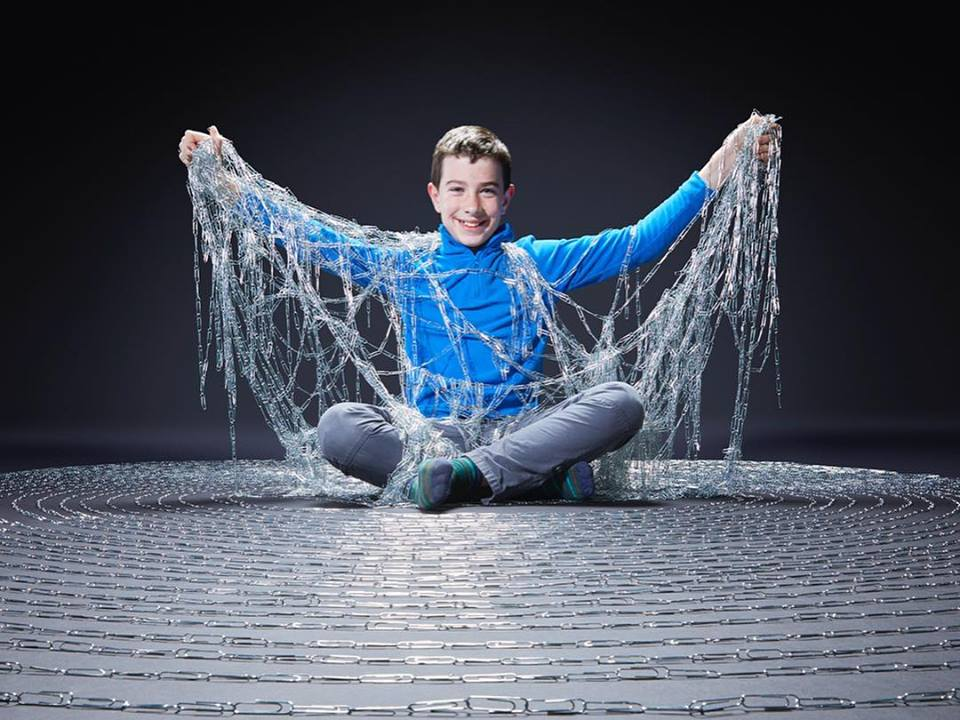 Mooney was 7 when he earned his first record in 2014 for longest loom band bracelet. He used the Rainbow Loom bands, which were a huge fad at the time, to create a 2,471 foot, 8.96 inch bracelet.

Katie Borka, then 11, broke the record for the most four-leaf clovers collected in an hour. 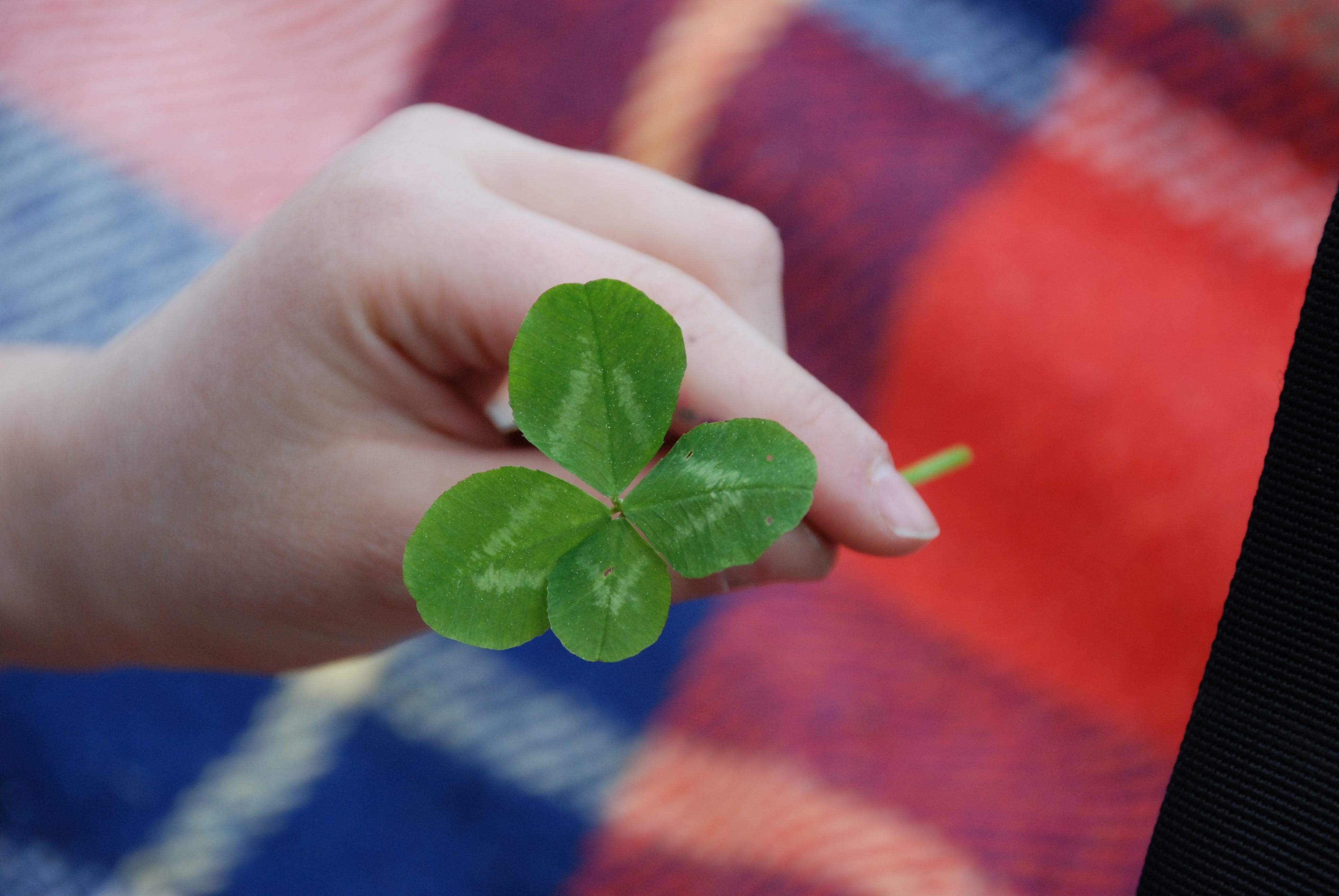 Borka, who was 11 at the time, found 166 four-leaf clovers in an hour in 2018. She broke the record in her home state of Virginia, and according to Guinness, she decided to break the record simply because she was good at spotting them.

Que Jianyu trained for three years in order to break the record for fastest time to solve three Rubik’s cubes whilst juggling. 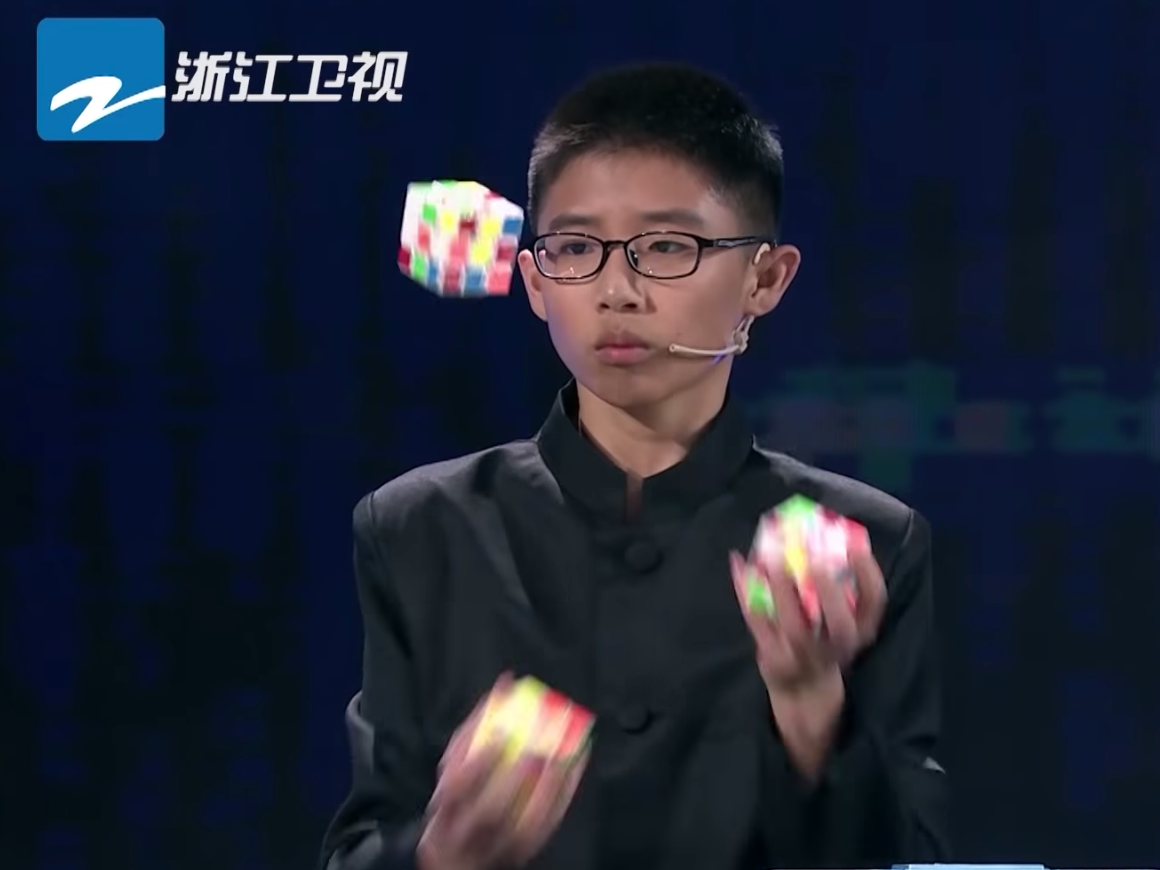 In 2018, Jianyu, then 13, broke the record live on TV on an episode of “iDream of China.” He solved three cubes in just 5 minutes and 6.61 seconds, all while juggling.

When 4,472 “little Gandhis” descended upon Nagarjuna Government Degree College grounds in India, they broke the record for largest gathering of people dressed as Gandhi. 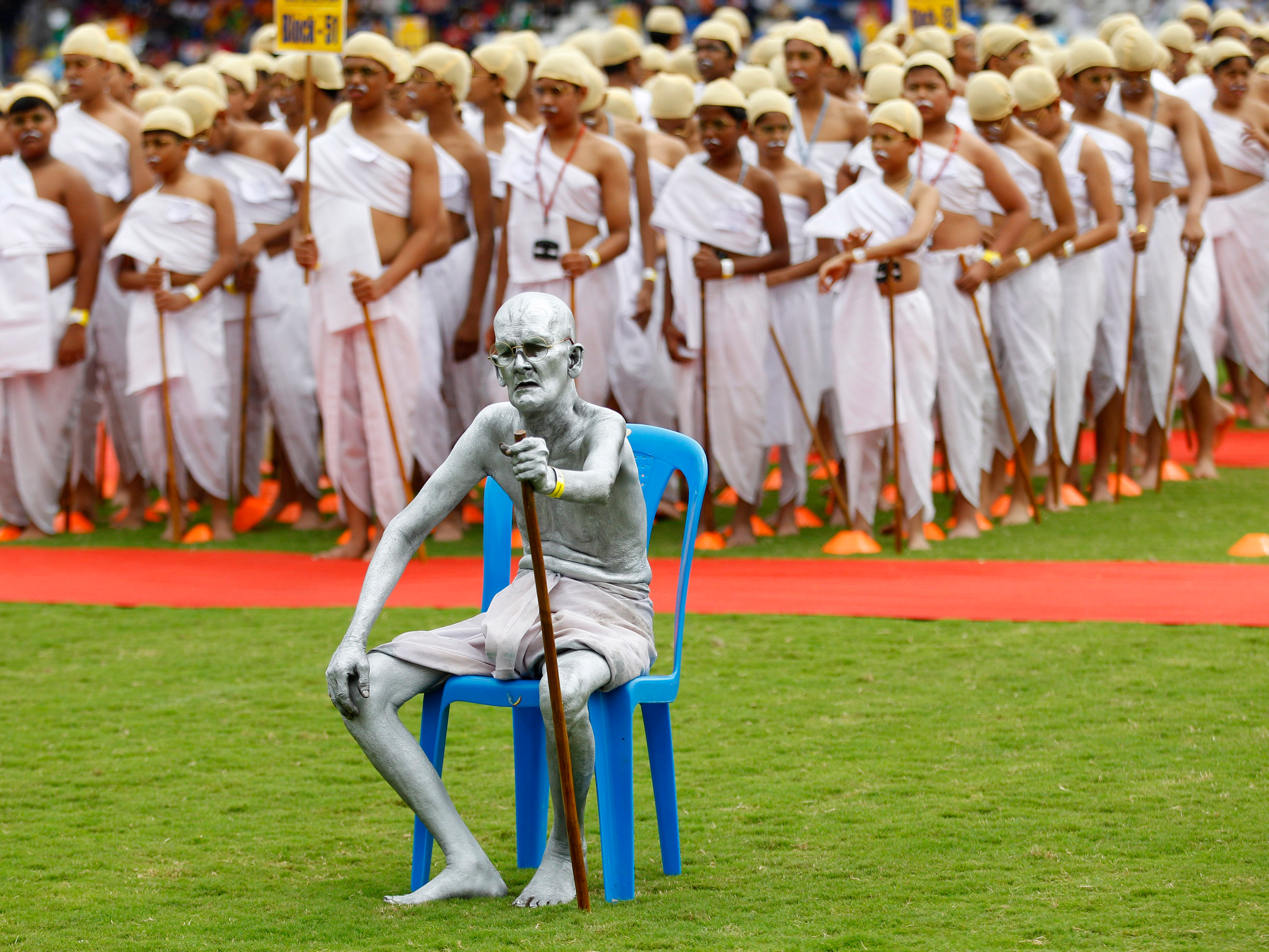 The official record states that 4,472 students from nearby schools dressed as Gandhi, while event organisers said there were as as many as 5,500.

In 2018, Krshaana Rawat, then 10, became the youngest practicing playwright. 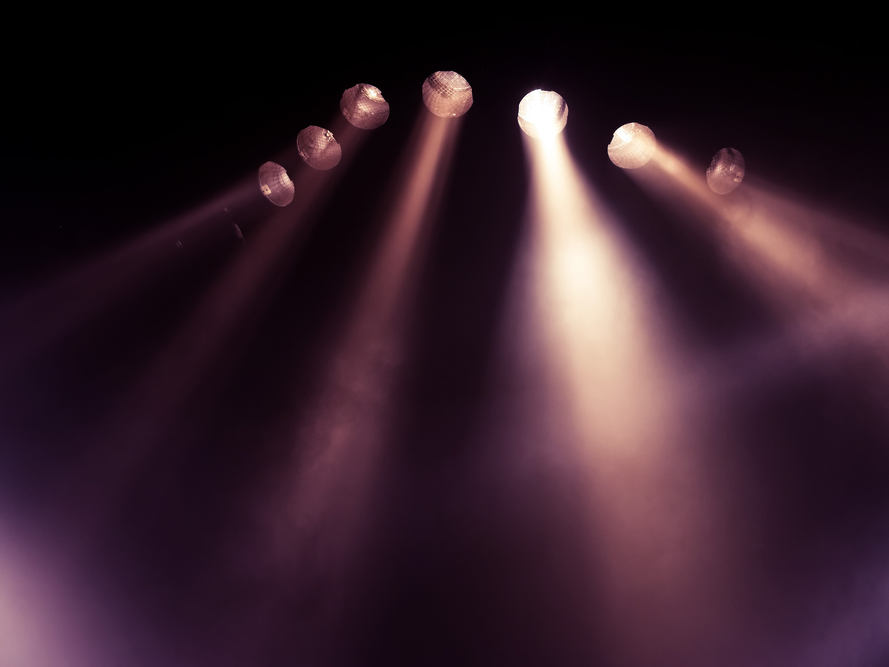 Rawat, who hails from Jaipur, India, was only 10 when she wrote, planned, and performed her play, “Mystical Magical Adventures – The Lost Key.” It had a 40-person cast of both friends and paid professionals, and an 85-minute runtime. In other words, it was legit.

In 2004, then 7-year-old Diego Suarez became the youngest person to discover a fossil of an unknown dinosaur species. 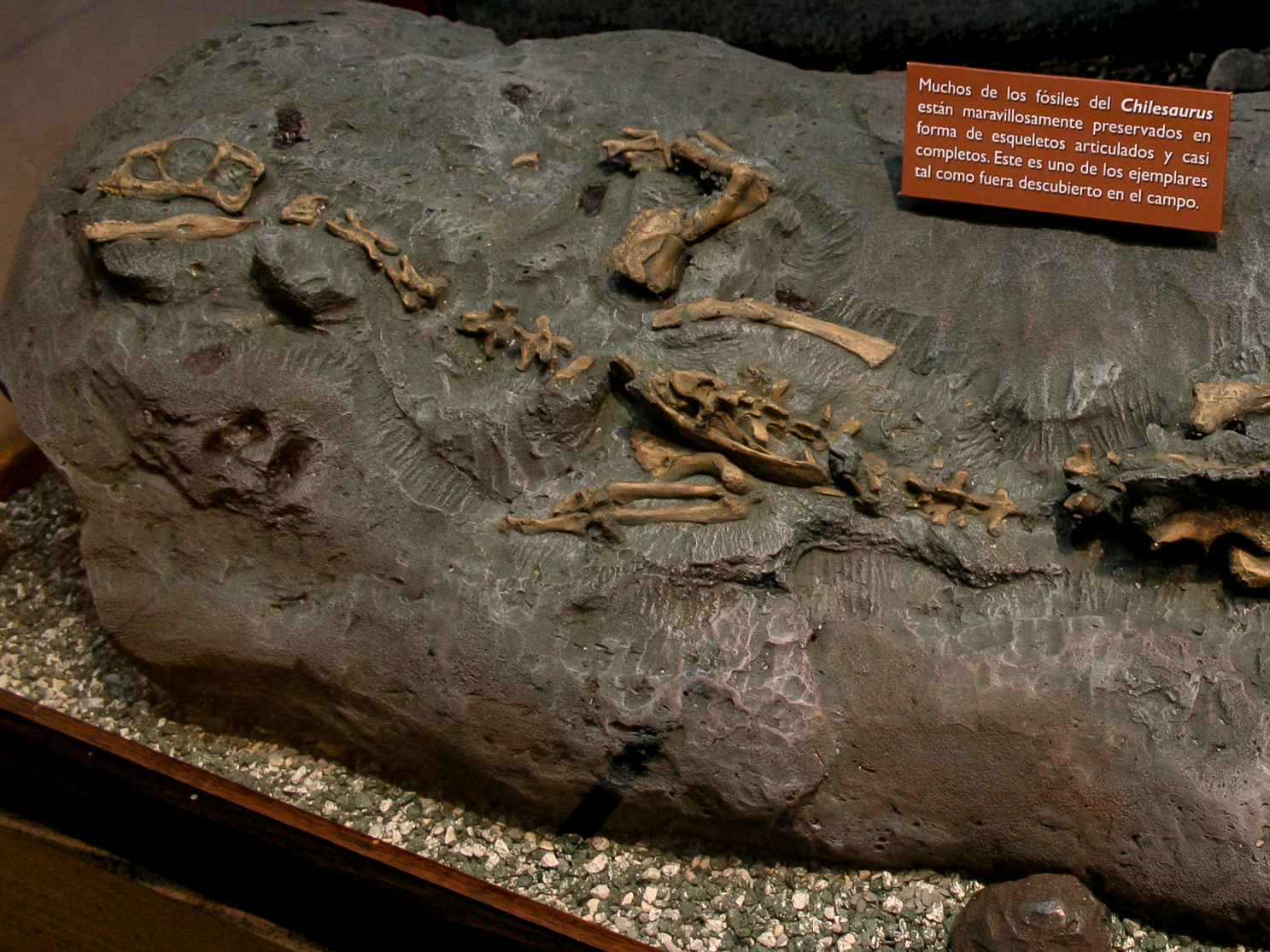 Diego was on a trip with his parents, both geologists, when he stumbled upon two pieces of bones from a then-unknown species of dinosaur.

In honour of the discoverer, it was named the Chilesaurus diegosuarezi, after his name and the country it was found in, Chile.