Kids as young as 11 years old would be able to consent to vaccinations under a new bill proposed in Washington, DC 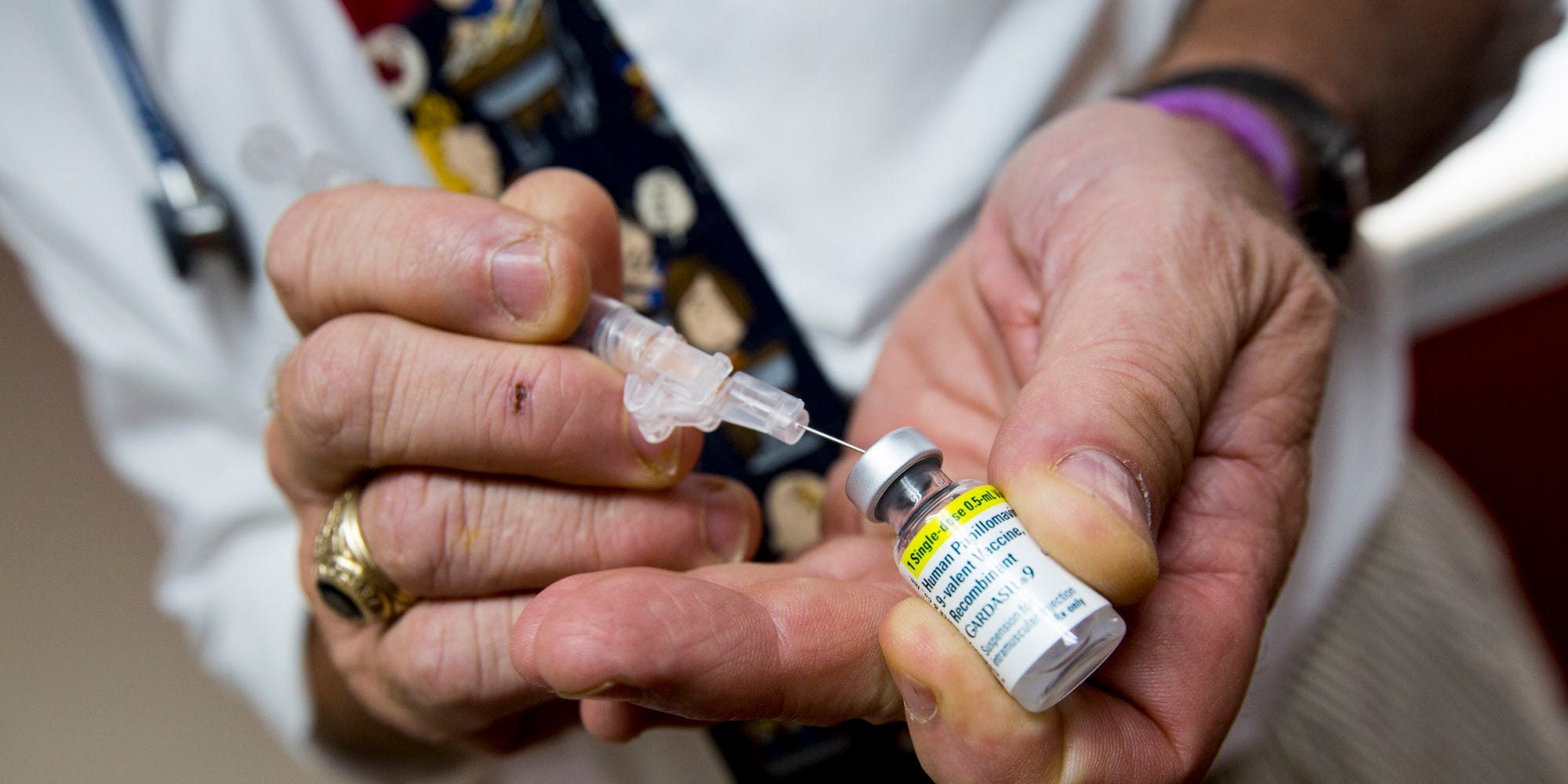 Keith Bedford/The Boston Globe via Getty ImagesPaediatrician Richard K. Ohnmacht prepares a shot of the HPV vaccine Gardasil for a patient at his office in Cranston, Rhode Island, Sept. 3, 2015

A bill passed in Washington, DC, could allow children as young as 11 years old to get recommended vaccinations without permission from their parents or legal guardians.

The “Minor Consent for Vaccinations Amendment Act” bill passed in the DC Council by a 12-to-1 vote. It says if a doctor determines that a minor is “capable of meeting the informed consent standard,” then they could get government-recommended inoculations, like the HPV vaccine, even if their parents object to it for religious reasons.

The bill requires the Department of Health to produce information about vaccines that are age-appropriate. And, if it becomes law, the bill stipulates that doctors would be required to bill insurers directly, and send the vaccination records to the kid’s school “if the parent is utilising a religious exemption.”

The Washington Post reported that Trayon White Sr., who is the only council member to vote against the bill, said he believes age 11 is too young to make an independent medical decision about one’s health.

“Parents have a fundamental right to direct the upbringing, education and care of their children,” White said, later falsely claiming vaccines are dangerous for children.

The Post reported that White, who has a 12-year-old child, cited the National Vaccine Injury Compensation Program to argue the point, but that agency has been widely used by conspiracy theorists.

Anjali Talwalkar, a DC health department official told the Post that vaccination rates for DC students have fallen over the past five years. Other doctors and public health officials who testified or expressed support for the bill highlighted the need for high vaccination rates in order to quell potential outbreaks.

The bill would need to be passed by the Council for a second time and then be signed by Mayor Muriel Bowser in order to become law.