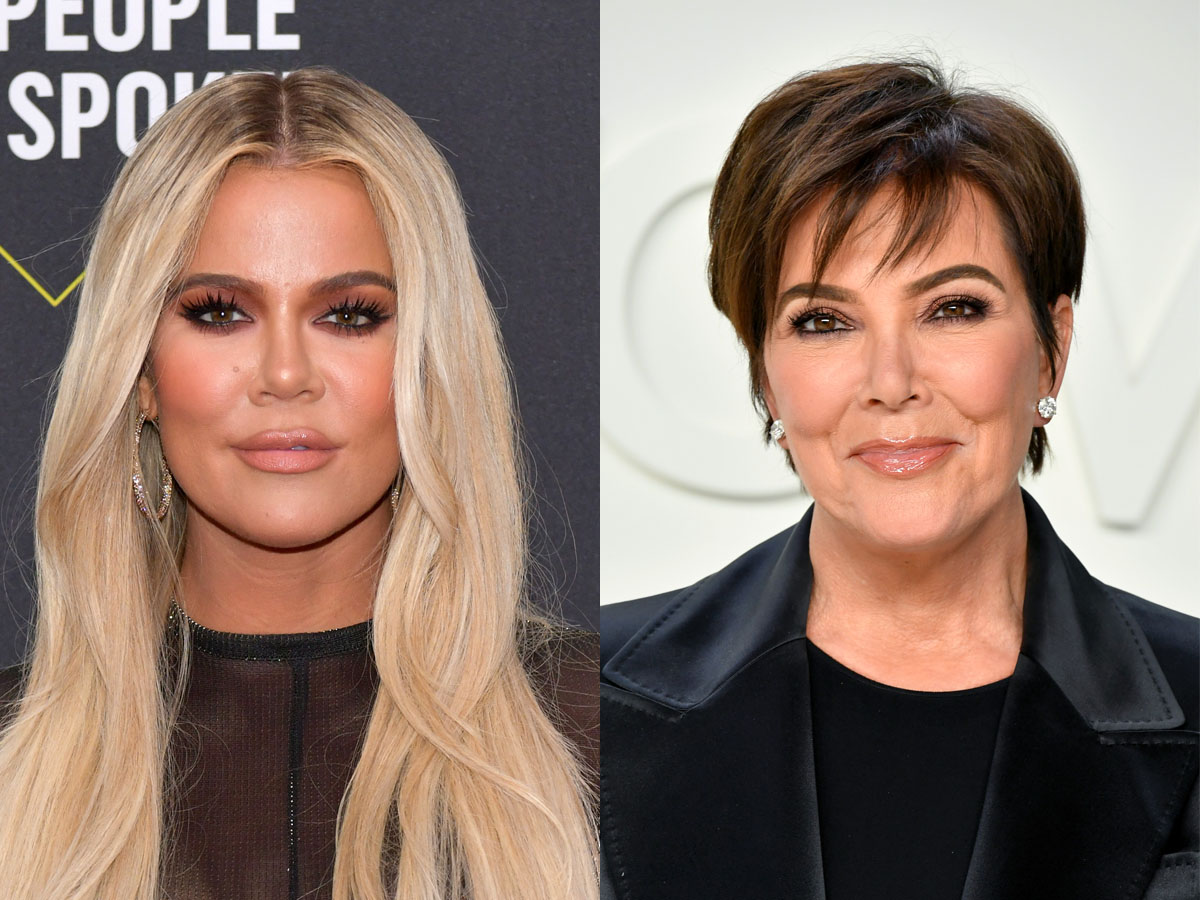 Jenner unboxed the lavish gifts in a series of hilarious videos posted to her Instagram stories.

“OK guys, I’m opening up Khloe’s Mother’s Day gift, and we’re off to a pretty good start,” Jenner said while focusing on a bottle of Belvedere vodka with a pink satin bow on it.

All of the items in the gift basket featured a small label describing a specific, “mummy”-themed situation in which to use them – for instance, the bottle of vodka was for the “‘It’s five o’clock somewhere’ mummy.”

After showing off the vodka, Jenner panned over to the rest of the gift box, which also included some condoms with the phrase “No kids allowed” stamped on them 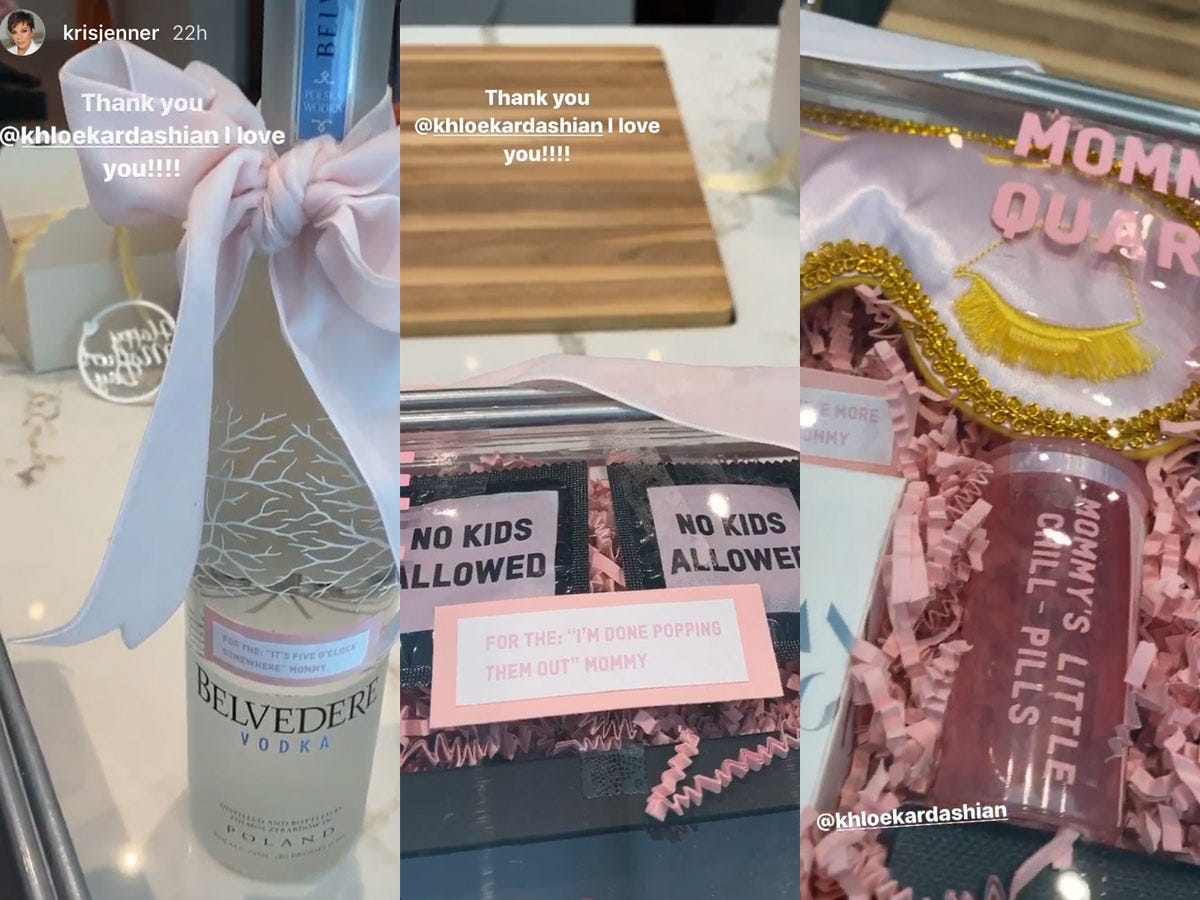 Kris Jenner/InstagramSome of the items that Khloe Kardashian gifted her mum Kris Jenner for Mother’s Day.

Jenner continued showing the contents of the box, pausing on a weed vape pen.

Other items in the box included a gag pill bottle for “chill pills,” a sleep mask for the “‘Five more minutes’ mummy,” a face mask and face roller for the “‘Need to zen the f— out’ mummy,”, and a Tom Ford candle in the scent “F—ing Fabulous.” 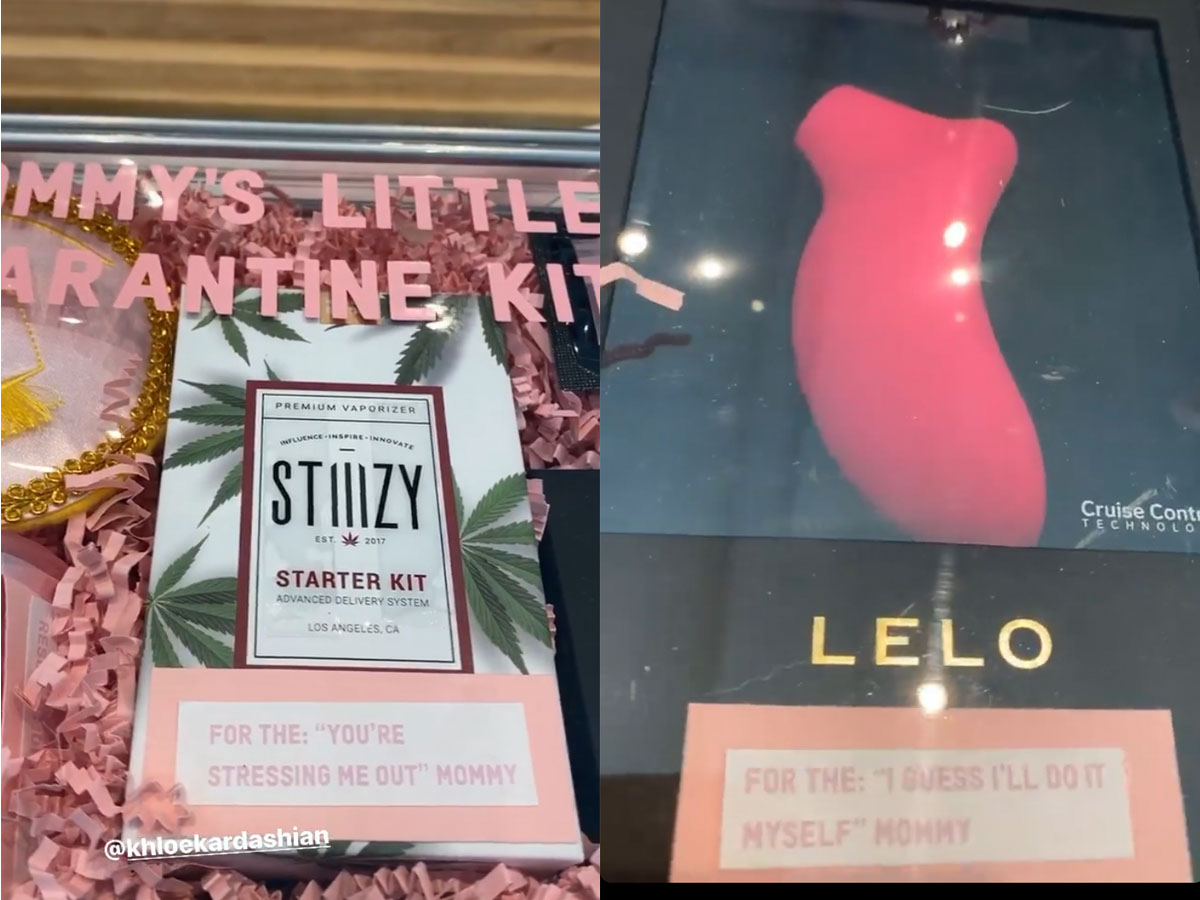 But Khloe’s presents didn’t stop there. The final item in the lavish gift box was a black and white Dior clutch – for the “‘I need some retail therapy’ mummy,” according to Khloe’s handmade label.

Jenner seemed thrilled with her gifts, calling them “so fabulous.”

“Thank you Khloe, my little bunny!” she said while showing off the Dior purse. “I love you. This is fabulous and so are you.”

The Kardashian-Jenner clan are no strangers to lavish gift-giving – Kylie Jenner’s daughter Stormi received an impressive amount of presents for her first birthday last year, and was gifted a two-story playhouse for Christmas by her grandma Jenner.

And Kim Kardashian West and Kanye West took the gift-giving a step further last year, giving their 6-year-old daughter North a jacket worn by late pop star Michael Jackson, which reportedly cost over $US60,000 at an auction.