Khabib Nurmagomedov says Conor McGregor offers nothing as a competitor, and that he's no longer interested in a rematch 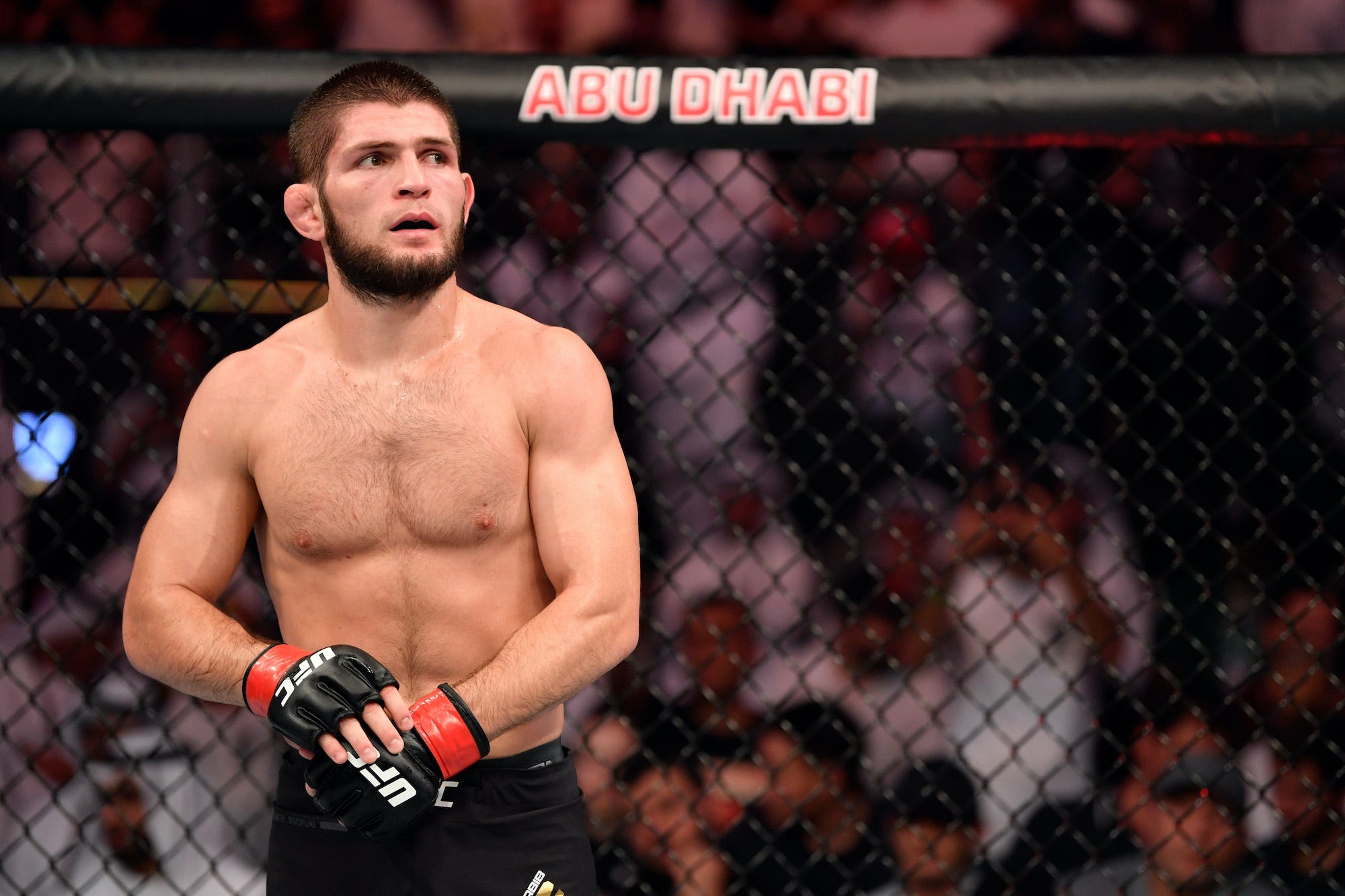 Khabib Nurmagomedov says he is no longer interested in a rematch with Conor McGregor because the Irishman offers nothing as a competitor.

“It’s absolutely not interesting to me,” the 31-year-old told Izvestia MIC in an article published on the Russian website Sport Express.

It is a considerably change of heart compared to a statement he gave during a press conference in Moscow last month, in which he said he’d happily fight McGregor again in what would likely be one of the most lucrative and best-selling bouts in combat sports history.

“Of course, there is some degree of probability,” Nurmagomedov acknowledged this week, adding that his focus right now is his imminent UFC lightweight championship defence against America’s expert striker Justin Gaethje at UFC 254 in Abu Dhabi on October 24.

“I have a challenger ahead. Honoured, strong, active. I don’t even think about [McGregor],” said Nurmagomedov.

Should the two rivals ever compete again, it would be a rematch from a 2018 bout Nurmagomedov dominated as the sambo star dropped McGregor with a thudding right hand, then submitted him with a tight neck crank in the fourth.

McGregor has only fought once since, a 40-second destruction of Donald Cerrone in January, before announcing an abrupt retirement mid-year because he said he was uninspired at the options the UFC presented to him regarding subsequent fights.

While the UFC President Dana White has previously spoken of his desire to book another bout between the men, Nurmagomedov said: “Everything that needed to be done I did on October 6, 2018.

“And what they say â€” the media and so on â€” does not bother me at all. I proved that, as a competitor inside the cell, he could not offer me any resistance.” 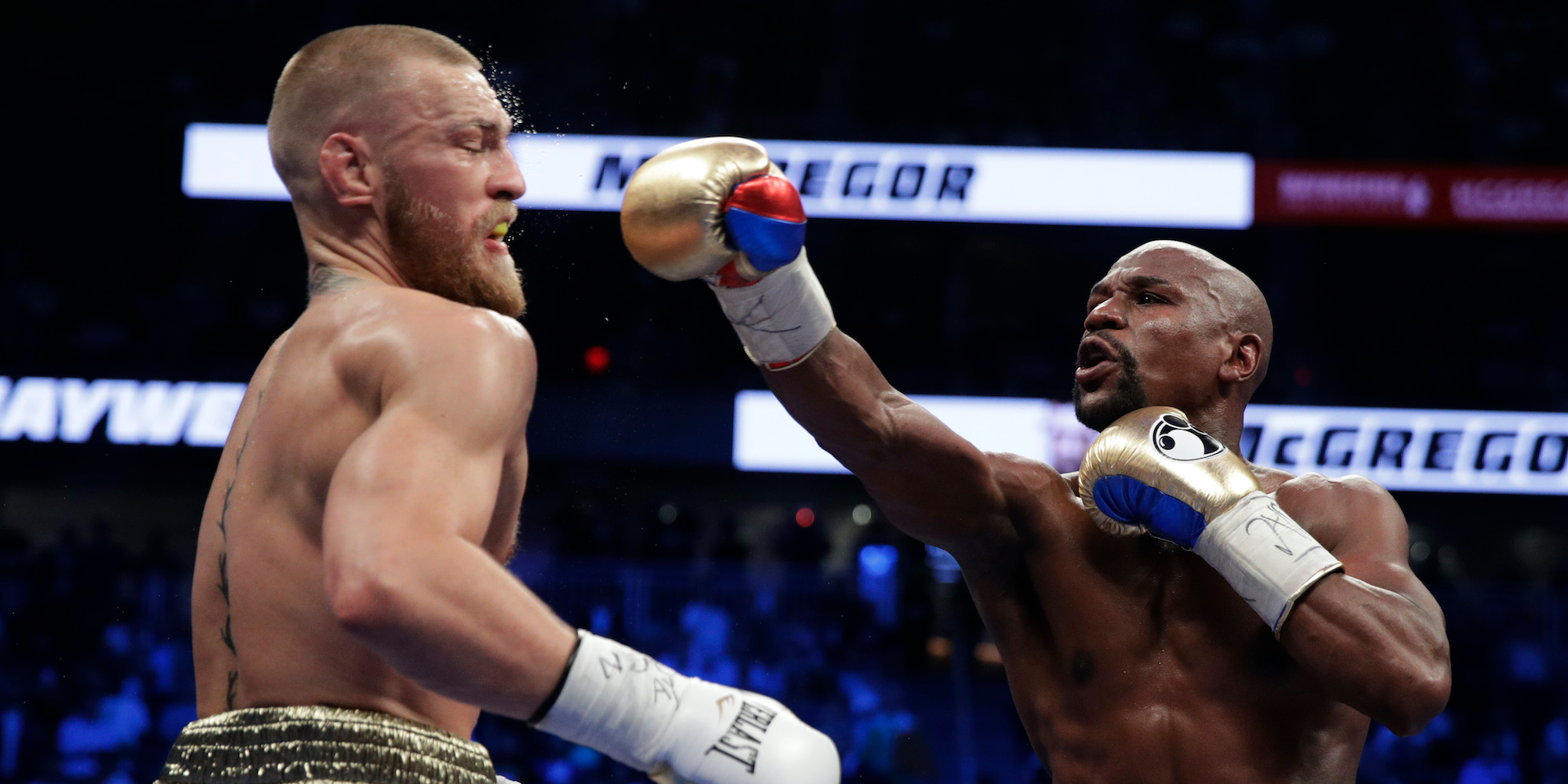 There has already been great speculation as to whom Nurmagomedov might fight next, should he retain his UFC lightweight title against Gaethje next month in what would be his 29th win in 29 pro fights.

Nurmagomedov’s 30th bout could be against the all-time great welterweight and former two-weight UFC champion Georges St. Pierre. His trainer Javier Mendez has already talked-up the magnitude of that match-up.

But even as far back as 2018, Nurmagomedov had sounded out the Russian Boxing Federation to inquire about a crossover boxing rules contest involving Floyd Mayweather, to be fought in front of 100,000 fans at a soccer stadium.

“[Mayweather is] most likely the only one,” Nurmagomedov would be interested in boxing, he said.

But he would be loathe to do so if it was going to risk the legacy he has cultivated within mixed martial arts.

“Do I need him? I think you could make some money with him,” Nurmagomedov said. “But I would, so to speak, not want to sell my legacy for millions of dollars.

“I understand that, according to the rules of boxing, it is very difficult to defeat Mayweather. As such, I have no such interest in this fight. If there is a desire to make money, it will be possible. And there is no point in going out against someone else [in a boxing ring].”

Nurmagomedov leaves Dagestan next week to fly to Dubai where he will train for Gaethje.

Yordenis Ugas out-punched his opponent in every round of a world title fight, but was almost screwed out of a win by the judges