KFC will sell Beyond Fried Chicken at 50+ California restaurants after wildly successful test launches in Atlanta, Nashville, and Charlotte 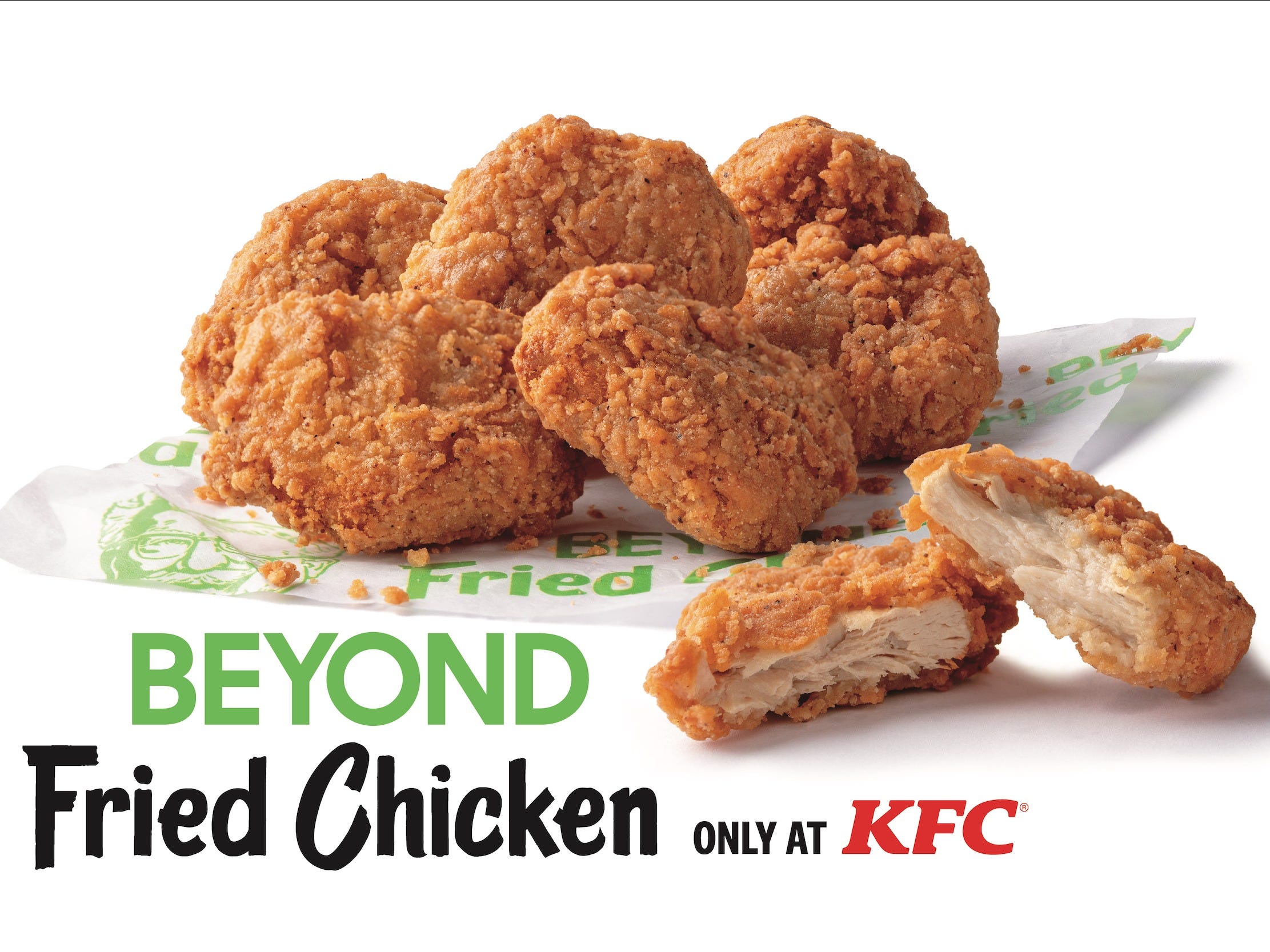 Courtesy of KFCKFC and Beyond continue their partnership with a limited launch in California.

KFC will sell Beyond Fried Chicken at over 50 restaurants in Southern California, the chain announced on Thursday in a press release emailed to Business Insider.

The plant-based chicken will be sold in greater Los Angeles and San Diego, as well as Orange County, starting July 20. It will be available in six-piece or 12-piece packs or as part of a combo meal, while supplies last.

“Despite many imitations, the flavour of Kentucky Fried Chicken is one that has never been replicated until Beyond Fried Chicken,” Andrea Zahumensky, KFC US’s chief marketing officer, said in the press release. “We know the East Coast loved it, so we thought we’d give those on the West Coast a chance to tell us what they think in an exclusive sneak peek.”

Beyond Meat is one of the biggest alternative protein brands in the world. The company went public last year at a valuation of almost $US1.5 billion. And the entire industry is growing fast. In 2019, UBS predicted that the plant-based meat industry could be worth $US85 billion by 2030 up from around $US4.6 billion in 2018.

“We are thrilled to continue our partnership with KFC and bring Beyond Fried Chicken to Southern California,” Beyond Meat CEO and founder Ethan Brown said in the press release. “KFC is a true category leader and we are proud to be their partner of choice as they make delicious plant-based chicken more accessible to consumers.”

To find a KFC selling Beyond Fried Chicken, customers can go to the KFC website’s restaurant finder and look for a restaurant with the Beyond logo next to it starting July 20.