Narrator: KFC is one of China’s favourite fast food chains. In 2017, KFC generated almost $US5 billion in revenue in China. With 5,200 locations, China is home to the most KFCs in the world. In comparison, McDonald’s only has around 2,500 locations.

KFC was the first American fast-food chain to open there. Before 1987, China was pretty much closed off to the rest of the world. But once China opened its doors, and its economy, KFC quickly jumped at the chance to expand. KFC’s first Chinese location was strategically placed near the Great Wall. Choosing a tourist-heavy area allowed KFC to tap into an existing consumer base, while also reaching locals.

According to former KFC executive Warren Liu, KFC also had a natural advantage because many Chinese consumers prefer chicken over other meats like beef. For many, KFC was the first Western-style food they had access to. As a result, KFC’s reputation in China was quite different than in the U.S.

Kara: KFC in China is more of a treat than, you know, a rest stop, basically.

Kara: In China, fast-food is perceived more as a luxury, I would say, than a cheap, on-the-go food, as it is here.

Narrator: While Americans may associate KFC with cheap fast-food, in China it’s seen as something a bit more upscale, even high quality. When KFC first began expanding into China, Western companies, especially American ones, were perceived as being prestigious and trustworthy. As a result of its novelty, as well as less-than-stellar opinions of Chinese made goods at the time, foreign products became status symbols in China, and many still are. However, the key ingredient to KFC’s success is how they adapted their menu.

Kara: It keeps what we know here in America, except the biscuit, and then it offers variations of that. They take into account what are the flavours that Chinese consumers want, and how can we incorporate it? So is it offering a new menu item? Is it offering a cup of corn instead of French fries for the kids meals? They don’t change the whole menu entirely. It just has different offerings that appeal more to Chinese consumers.

Narrator: KFC’s Chinese menu includes everything from egg tarts, to rice porridge, to sushirritos as a breakfast special. Our producer Shirley Cheng got to try KFC in China on a recent trip there.

Shirley: To my knowledge, KFC is the most popular fast-food chain in China. It’s exactly like KFC in the U.S., but also with a Chinese flair. It has the familiarity of the original recipe with the drumsticks, that I think all Americans know, but also caters to local dishes of congee and egg tarts that people in China are familiar with. The egg tart from KFC was so good, I ate four.

Narrator: KFC also comes out with new products faster to continue tailoring to local taste, and to promote sales KFC often collaborates with popular celebrities, music groups, and brands. But with more and more domestic fast food options opening up, along with international chains increasing their presence in China.

Kara: KFC doesn’t quite dominate the market like it once did. I’m not sure if KFC will continue to be this popular in China. So, it was really obvious when I lived in China that KFC really dominated the market because other places weren’t there yet. So McDonald’s was kind of there but not really, and they were just opening places and this was the early 2000s, but at this point, I think it’s pretty comparable as far as there’s a KFC and there’s a McDonald’s on the corner. So it’s not like KFC has that edge anymore of, “We were here first.”

Narrator: While KFC no longer has a monopoly on China’s massive fast food market, it’s still ahead of other chains like McDonald’s and Burger King, and KFC continues to strategize ways to increase sales in China. In 2017 KFC opened K Pro, a healthy concept restaurant. Instead of fried chicken, the K Pro menu features salads, paninis, and juices. So although competition is increasing and the food culture is rapidly evolving in China, KFC is doing what it does best: adapting. 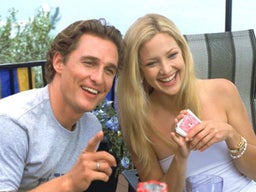 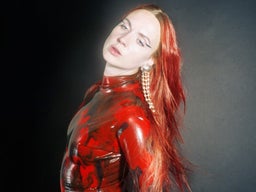