GOP Rep. Kevin McCarthy said he'd bet his 'personal house' that Republicans will 'get the majority back' in 2022 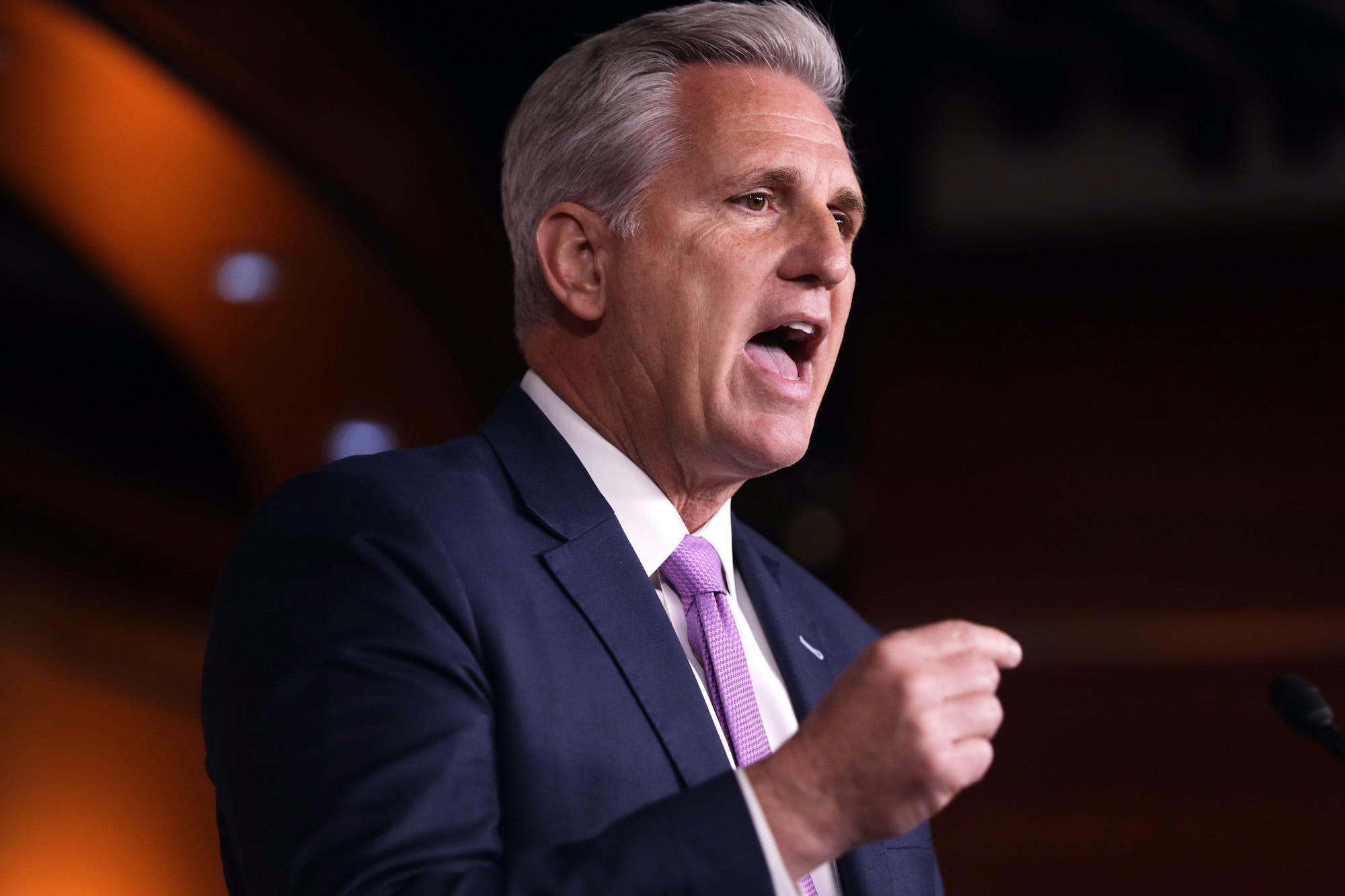 Rep. Kevin McCarthy on Saturday said he’d wager his own home on Republicans reclaiming a House majority in 2022.

“We’re going to get the majority back. We’re five seats away,” he told a crowd at the Conservative Political Action Conference.

“I would bet my house. My personal house. Don’t tell my wife, but I will bet it,” he continued. “This is the smallest majority the Democrats have had in 100 years.”

In the 2020 elections, Democrats retained control of the House. Democrats now have a slim majority in the lower chamber, and Republicans need to flip just five seats to regain control. Democrats also took back the Senate from the Republicans, giving President Joe Biden a Democratic stronghold in Congress.

McCarthy also said there’s “not a chance” the Republicans will lose in 2022.

Since the days surrounding Biden’s formal inauguration into office, other Republicans have also begun to clamor about a potential GOP win in 2022.

Earlier this month, for example, Sen. Lindsey Graham said he’d try to leverage former President Donald Trump’s influence to ensure that the Republican party takes back the House and Senate in 2022.

In an interview with Politico, Graham said he planned to meet with Trump to discuss the future of the GOP and his role in it.

“I’m going to try and convince him that we can’t get there without you, but you can’t keep the Trump movement going without the GOP united,” Graham said.

“If we come back in 2022, then, it’s an affirmation of your policies,” he said about Trump. “But if we lose again in 2022, the narrative is going to continue that not only you lost the White House, but the Republican Party is in a bad spot.”

McCarthy’s office did not immediately return a request for comment.

But House Speaker Nancy Pelosi fired back at McCarthy’s remarks in a statement to Insider:

“No one should be surprised the Minority Leader is willing to wager his home,” said Robyn Patterson, deputy communications director. “McCarthy doesn’t have much to give after sacrificing his integrity trying to cancel $US1,400 ($1,802) survival checks for Americans trying to make ends meet during a deadly pandemic.”

Democrats and Republicans are once again clashing on the contents of the next stimulus bill. House Democrats this weekend approved a $US1.9 ($2) trillion coronavirus relief package containing $US1,400 ($1,802) stimulus checks for Americans.

McCarthy, the House minority leader, was one of the bill’s dissenters, saying on the House floor that its price tag was untenable.

“The Democrats’ spending bill is too costly, too corrupt, and too liberal for the country,” the California Republican said.