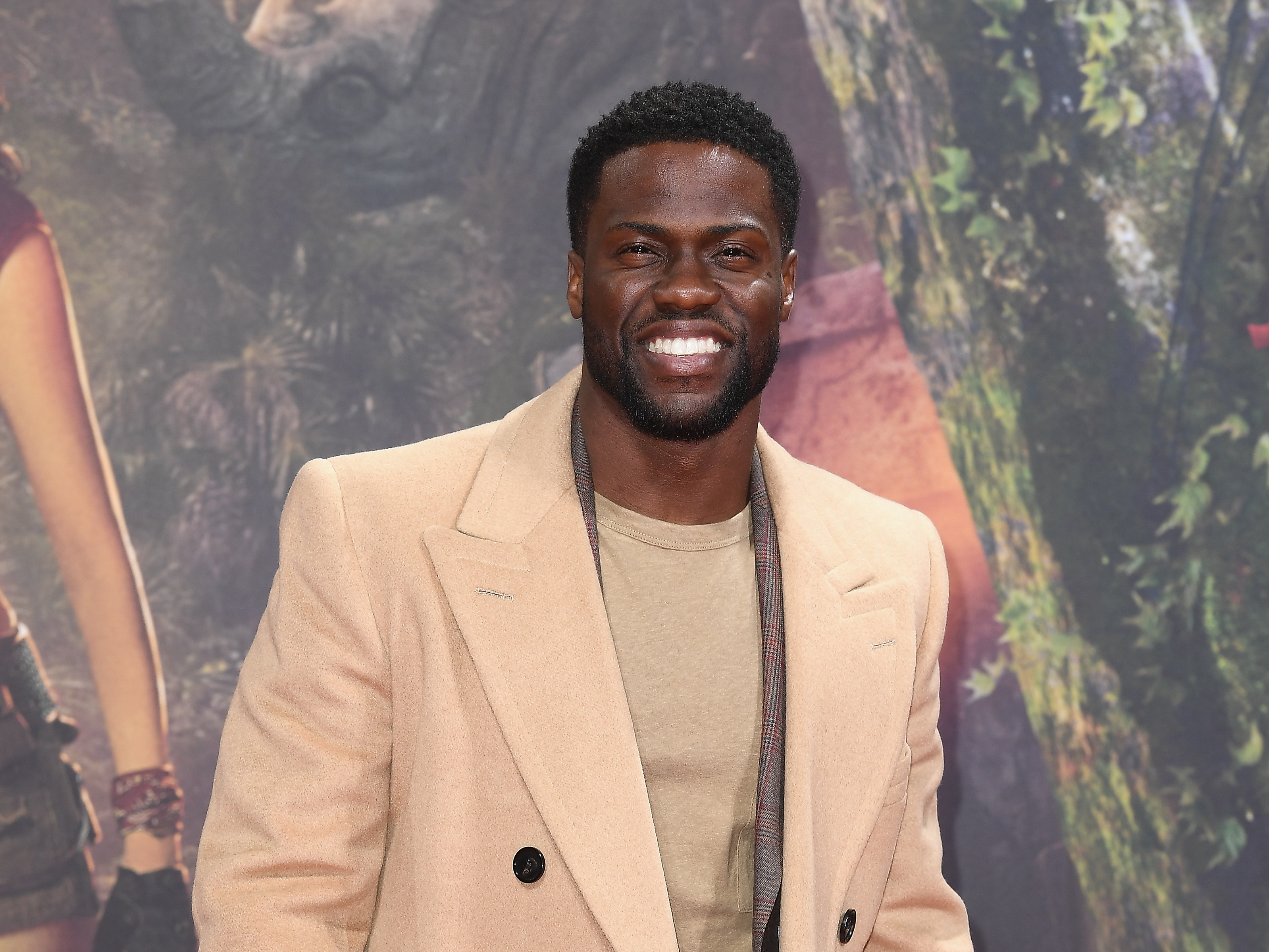 Kevin Hart returned to YouTube last week with his hit workout series “What the Fit,” and the first episode features Hart, along with friend and fellow comedian Jimmy Kimmel, having their body fat percentages tested in a huge, mobile water tank.

The pair strip down to bathing suits and have their heights measured. They then take turns submerging themselves in what looks like a high-tech bathtub as their weight, muscle mass, and body fat are calculated and analysed.

The contraption, which is called a hydrostatic weight test, is one of the most accurate types of body fat tests available, using water to calculate a highly-accurate measure of body fat percentage.

It works on the principle of water displacement, according to personal trainer Noam Tamir, founder and CEO of TS Fitness.

When a person is submerged in the tank, they will displace a certain amount of water, since their body mass is taking the place of the water in the tank. The amount of liquid displaced, along with the person’s weight while submerged and their weight outside of the tank, can be used as part of a formula to calculate what percentage of their body is fat.

The catch, however, is that the person must dispel as much air as possible out of their lungs before the test in order for it to be accurate. Otherwise, the air inside their body will appear to be fat, according to the calculation.

That requirement to blow out all the air and hold your breath means the test might not be the best option for some people, Tamir said.

In addition, few people have access to the equipment needed since a huge tank of water isn’t convenient to carry around or store. The device used to test Kimmel and Hart is part of a special mobile truck unit designed for that purpose.

There are simpler ways to measure body fat, including callipers

If you don’t happen to have a truckload of equipment, there are other ways to measure your body fat percentage.

Many gyms now offer machines that can measure body fat using an electrical current, which (painlessly) sends tiny pulses through your body and measures how long they take to return to estimate body fat percentage.

These types of machines are convenient and fairly cheap, but tend to be less accurate because you need to match variables like time of day and hydration as closely as possible each time you measure, according to Tamir.

One of the most popular techniques is using a set of old-school callipers, a pinching device used to measure the layer of fat at several points on the body which, along with a mathematical formula, can then be used to calculate the total percentage of overall body fat.

Callipers do require a bit of physiological expertise, however, so it’s best to leave them to a personal trainer or other professional and not try to measure yourself at home.

If you do want to estimate body fat percentage at home, you can use a tape measure to find the circumference around various body parts (such as your waist, hips, neck, and forearm) and input the measurements into an online calculator.

Body fat is just one factor in determining health

The range for healthy body fat percentage can be anywhere from 14% to 31% in women and 6% to 24% for men, according to the American Council on Exercise (ACE).

Hart weighed in at about 15.8% body fat, while Kimmel clocked about 20.6% body fat, meaning both of them are within a normal range. But those numbers don’t tell the whole story.

“At the end of the day, it’s just information,” Hart said.

Body fat percentage is sometimes considered a more accurate measure of health that body mass index (BMI), which doesn’t differentiate between fat and muscle and simply calculates weight relative to height. As a result, an extremely fit person with a lot of muscle could be categorised as obese using this system.

Other factors like walking speed, the number of push-ups you can do, how much sleep you get, and how well you manage stress all play a role in how healthy you are.

And regardless of what you weigh, healthy habits like eating a balanced diet and exercising regularly are important factors in overall health.

‘Fitspiration’ posts do nothing to increase exercise rates, but they may make followers feel worse about their own bodies

How to create an effective full-body workout in a quarantine, according to personal trainers