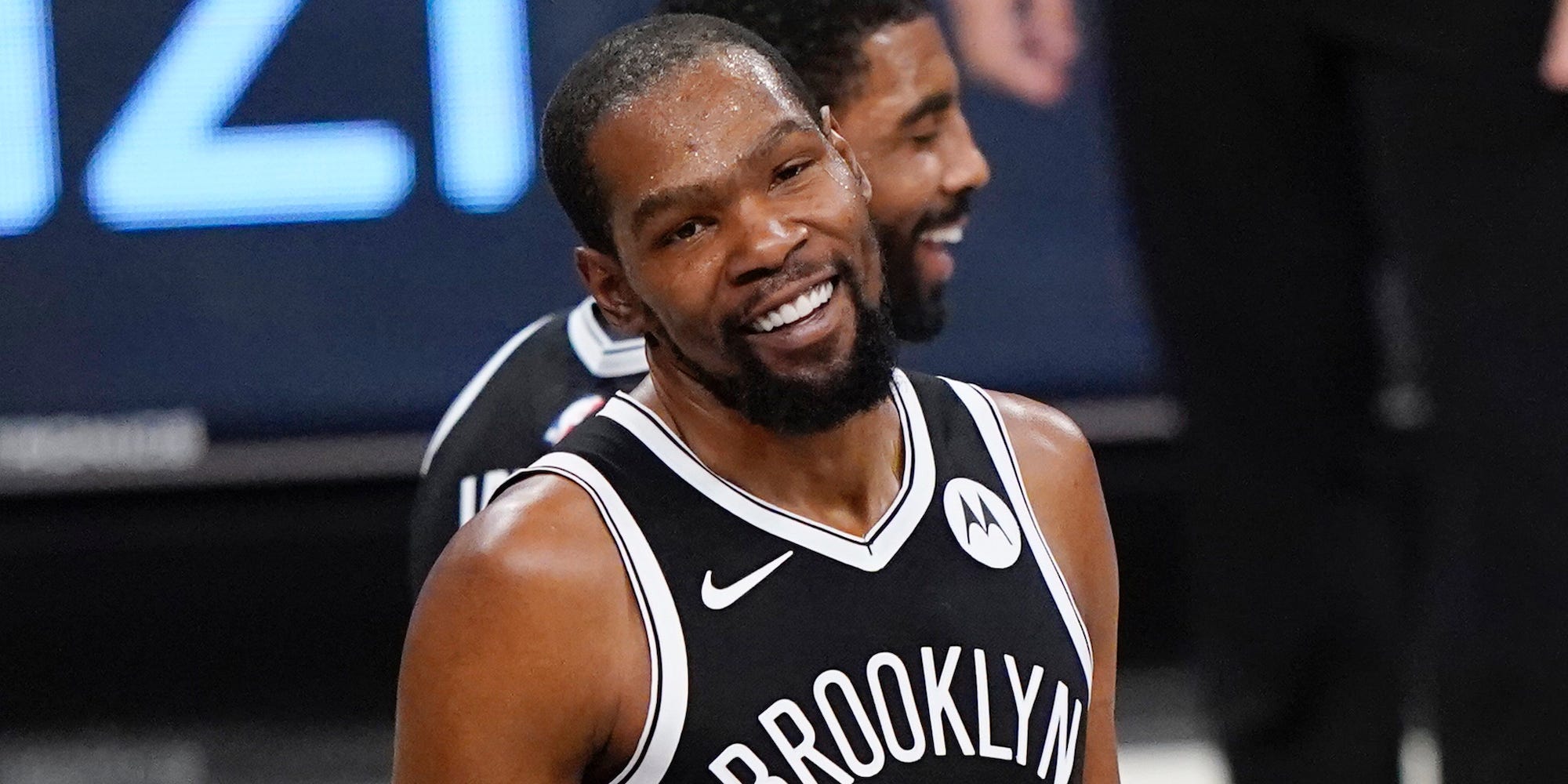 Kevin Durant on Sunday suited up in an NBA game for the first time since June 10, 2019.

Making his debut for the Brooklyn Nets in his first game since tearing his Achilles tendon in the Finals as a member of the Golden State Warriors, Durant looked like himself.

Durant scored 15 points on 5-of-12 shooting with 3 rebounds and 3 assists in 24 minutes of action in the Nets’ preseason win over the Washington Wizards.

Durant was still rusty in many ways â€” he told reporters after the game that he didn’t think he played all that well.

He also admitted that he was “feeling it” after taking a charge from Wizards’ 6-foot-8, 230-lb forward Rui Hachimura.

“I took that charge earlier and I’m definitely feeling it right now,” Durant said after the game.

Nets guard Landry Shamet joked, “I thought he was going to have a hole in his chest.”

Durant’s overall field-goal percentage was below his usual standards, and he gotten beaten on defence a few times, but he still looked like the usual Durant.

His first basket was a driving dunk:

After the game, Durant said he felt nerves about playing again.

“Hell yeah I was anxious and nervous,” Durant said. “I visualized this moment for so long, you know?”

He added that he was receiving so many calls and texts asking how he felt that he was excited to play enough games that it became a normal experience.

Conclusions can’t be drawn off of one preseason game, but in their first game together, the Nets looked as advertised: deep, talented, and scary.