Kevin Durant tore his Achilles exactly one year ago, and the ripple effects of that colossal injury can still be seen in the NBA today.

Durant made his highly anticipated return to the floor from a calf injury in Game 5 of the Finals on June 11, 2019. He played just shy of 12 minutes, scoring 11 points on 3-of-5 shooting before making an ill-fated drive on Serge Ibaka. Durant stopped in his tracks, came up hobbling, then fell to the ground, the injury apparent to nearly everyone watching.

Durant, of course, missed the rest of that series, which the Raptors won in six games, securing a historic NBA title.

Durant hasn’t seen an NBA floor since Game 5, and he won’t play for the foreseeable future. Durant told Marc Spears of The Undefeated that he would not take the floor when the NBA resumes the 2019-20 season in Orlando, Florida.

“My season is over,” Durant said. “I don’t plan on playing at all… It’s just best for me to wait. I don’t think I’m ready to play that type of intensity right now in the next month. It gives me more time to get ready for next season and the rest of my career.” 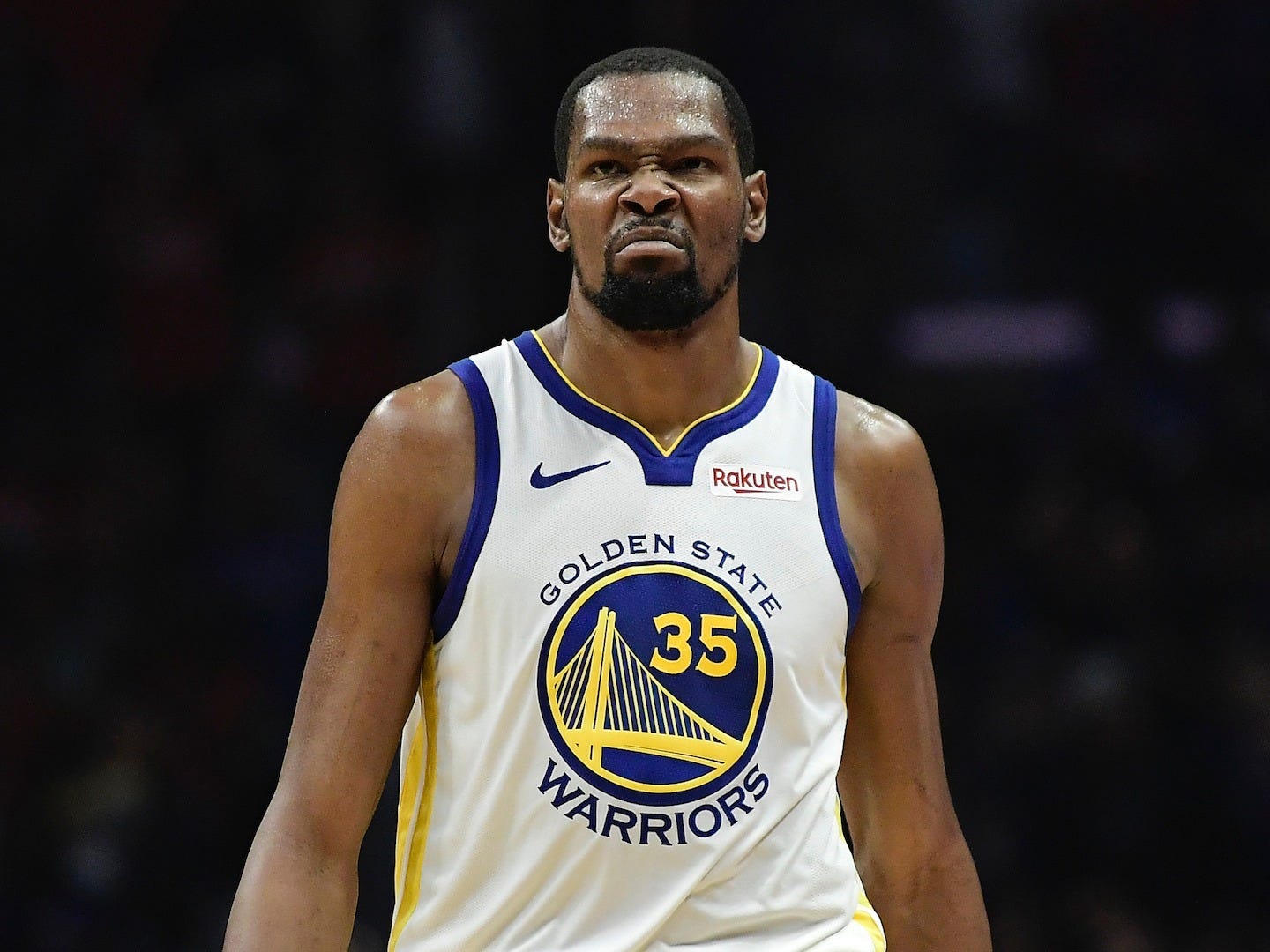 It’s easy to forget now, with Giannis Antetokounmpo on track to win a second MVP, Kawhi Leonard looking like the best all-around player in basketball, and LeBron James putting up a vintage season at 35 – but Durant was the best player in basketball leading up to the 2019 Finals.

With Durant healthy, the Warriors were heavy favourites to win a third straight title. Though there’s no guarantee that the Warriors would have beaten the Raptors with Durant, in Durant’s 12 minutes of action, the Warriors’ fire-power looked too great for Toronto. Heading into that series, no team had beaten the Durant-led Warriors in the playoffs over three seasons.

By most accounts, Durant was set on leaving the Warriors after the 2018-19 season, championship or no championship. But where would he have gone?

Throughout the 2018-19 season, the NBA world thought that Durant and Irving joining the New York Knicks was fait accompli. In April, SNY’s Ian Begley reported that some people within the Knicks felt Durant still would have signed with them if not for his injury. 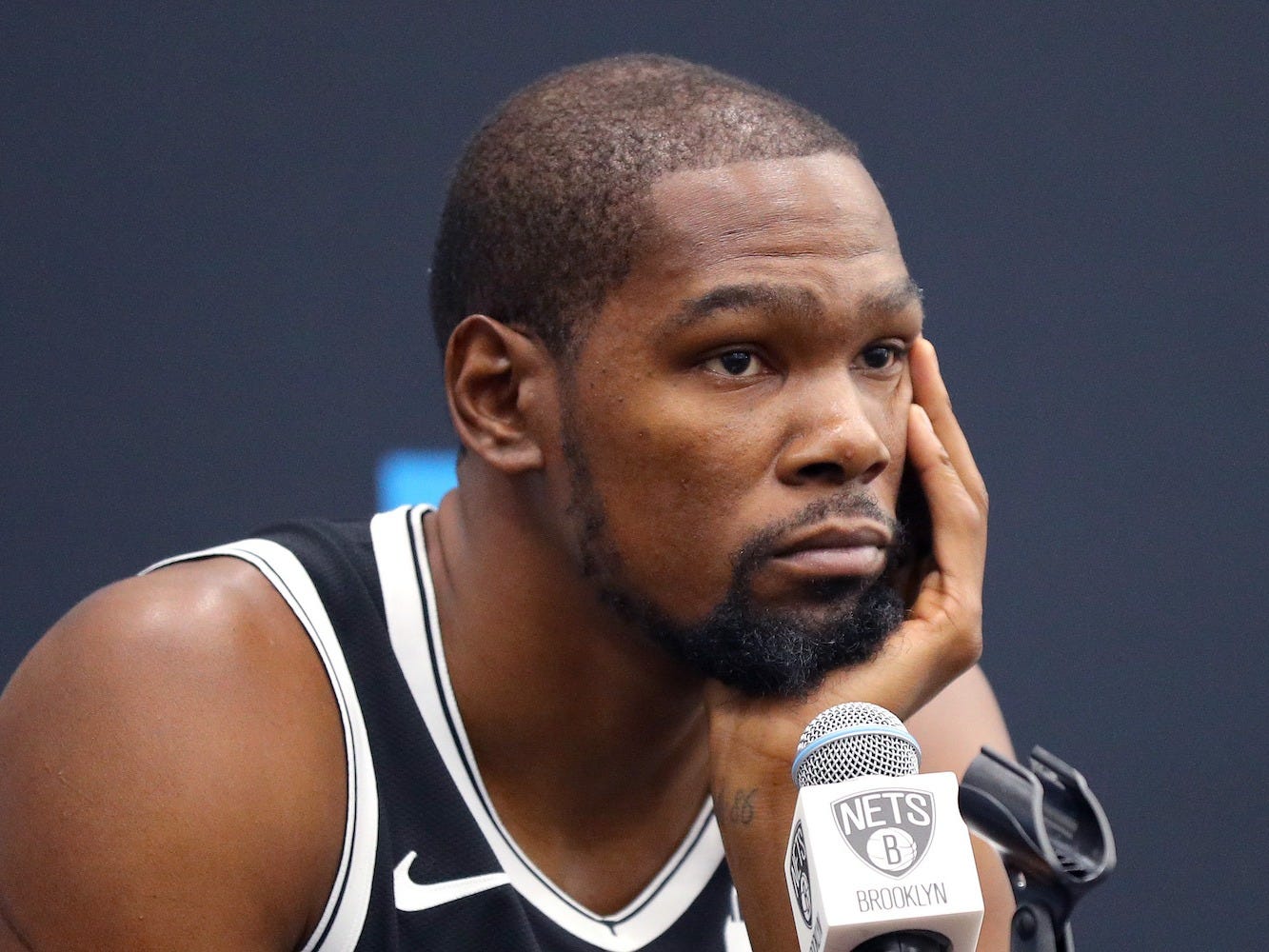 Durant has publicly said he didn’t give the Knicks much consideration in free agency. However, a significant reason he and Irving joined the Nets was for the organisation’s highly regarded sports science team. If Durant had been healthy, would that have been as big of a consideration in his decision?

And how would the Knicks’ fate have changed if they did land Durant (and Irving)? After missing on the top players in free agency, the Knicks used up their cap space by signing middle-tier players to short contracts. The team got off to a 4-20 start, eventually firing head coach David Fizdale and restructuring the front office.

The Knicks would look considerably different if they added the best player in the NBA in the offseason.

Injuries derailed golden State’s 2019-20 season, but what if they had pulled off the legendary “threepeat” with Durant, then simply let him walk in free agency? Where would they be today? 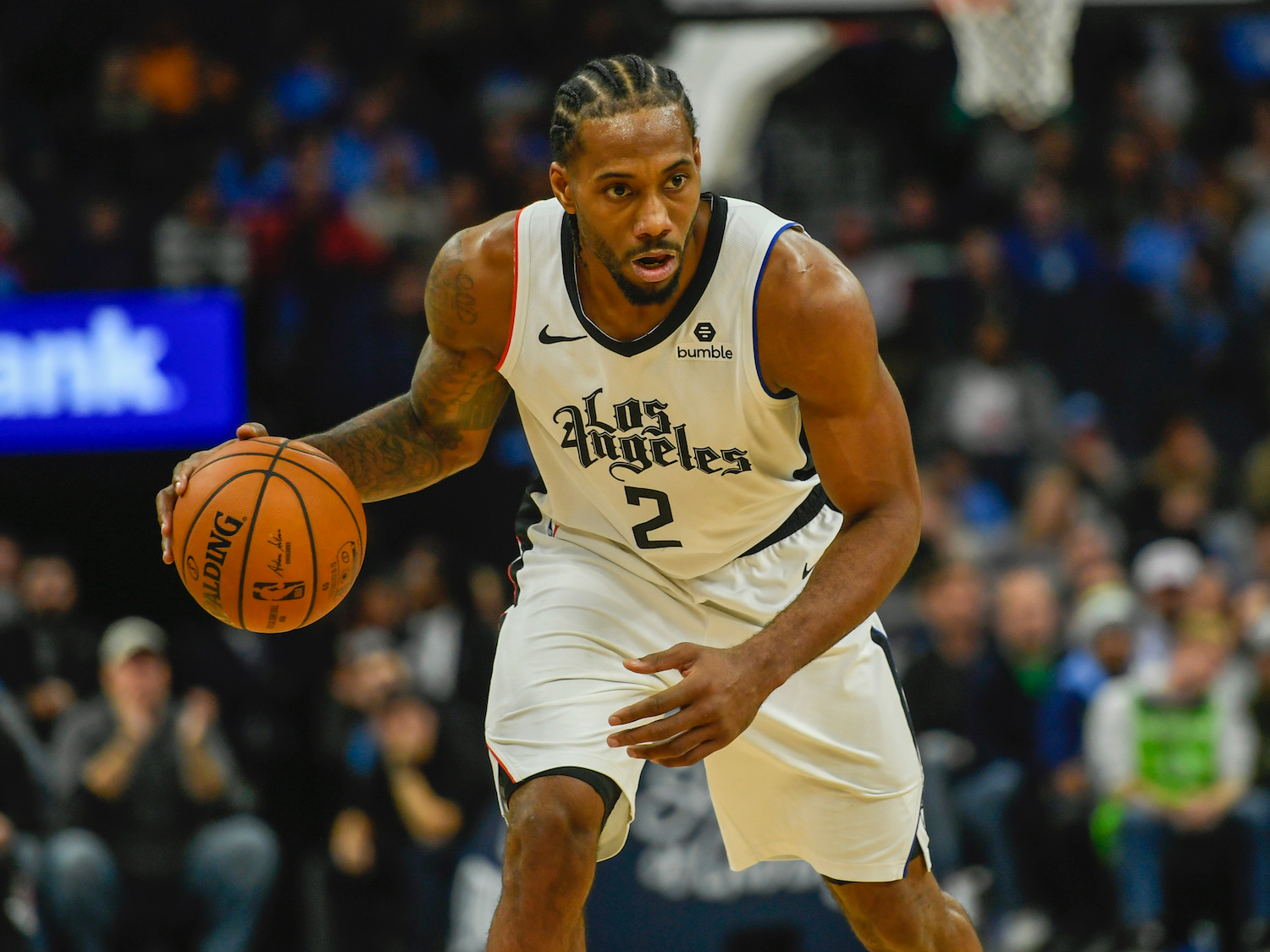 Craig Lassig/AP ImagesKawhi Leonard and the Clippers are title contenders.

Hypothetically, how might we view certain players if the Warriors had won the 2019 Finals?

For one, Kawhi Leonard’s legacy would be impacted. Instead of being a two-time champion and two-time Finals MVP, he would likely still be regarded as slightly below the Durant-James tier.

Leonard’s free agency last summer inspired its own brand of madness, with helicopters following his cars and fans staking out his hotels. Would that madness have been the same if Leonard had not capped off one of the great playoff runs with a championship? Would he have still signed with the LA Clippers in the offseason? (Probably).

Stephen Curry, Klay Thompson, and Draymond Green would each have four championships and would have capped off one of the greatest runs in NBA history, winning four titles in five years. Notably, Curry would be ahead of LeBron James in the championships race, with four to James’ three.

The Raptors are in second place in the East, going an impressive 46-18 this season. But how would their squad look today if they hadn’t won the championship? Would management have prematurely broken up the core of their team, with Kyle Lowry, Fred VanVleet, Marc Gasol, and Serge Ibaka going into the last years of their contracts (Lowry signed a one-year extension)? What some viewed as a “victory lap” season has instead positioned the Raptors to compete for the title.

The NBA championship race would be impacted this season 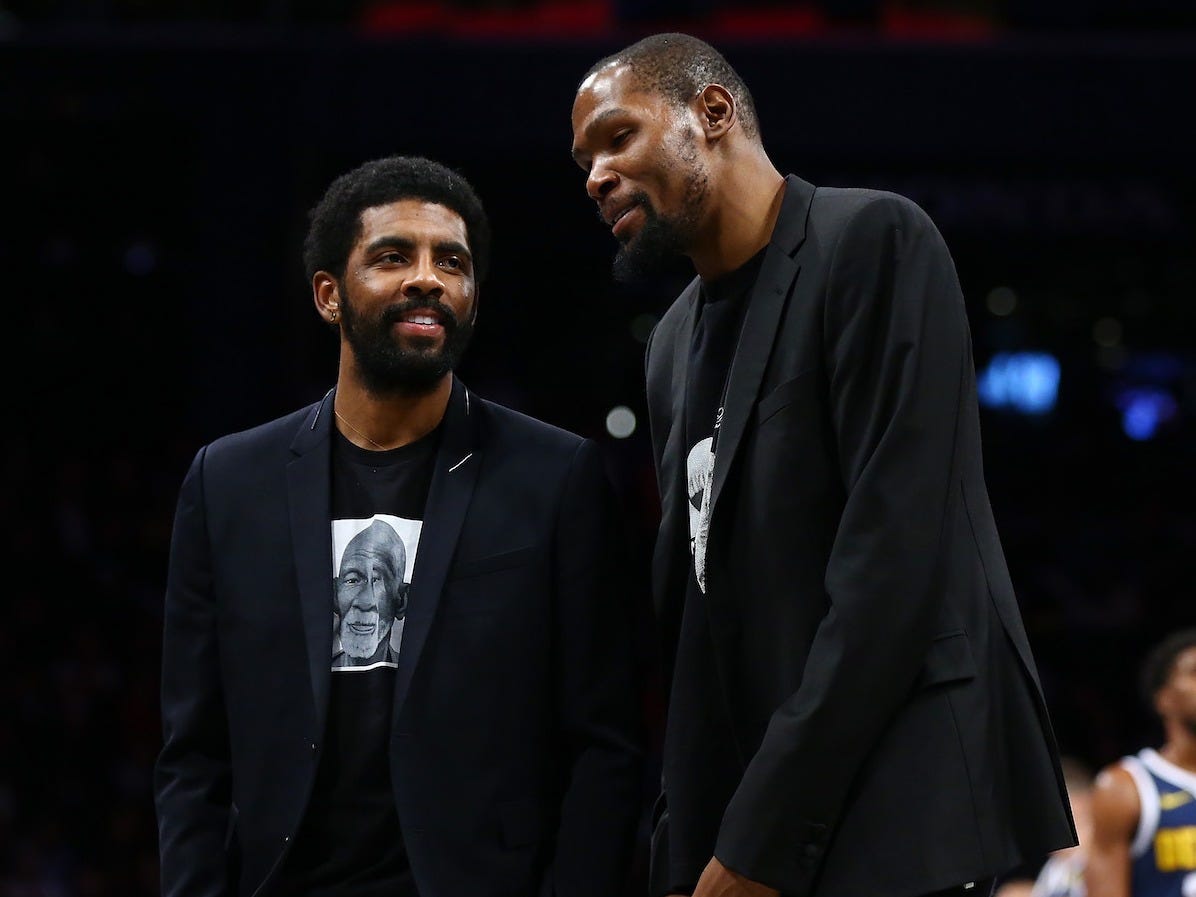 If a healthy Durant still joined the Nets, they would have been regarded as contenders in the Eastern Conference.

Kyrie Irving has battled injuries this season and underwent season-ending shoulder surgery in March. Who knows how his season would have been impacted if Durant was healthy and playing.

How could that affect other players today? The Milwaukee Bucks are currently the favourites in the Eastern Conference, desperate to win a championship to convince Giannis Antetokounmpo to sign an extension before he hits free agency in 2021. Would a healthy Nets squad be standing in their way?

Could a healthy Nets squad even change the belief that the Los Angeles Lakers and Clippers are favourites to win the title this season? What if Durant got in the way of yet another title for LeBron James and Kawhi Leonard?

Nobody can say for sure how things would have played out if Durant had stayed healthy for the 2019 Finals. But the league landscape has been altered by a dominant player suffering a devastating injury at the biggest moment. How Durant, the Nets, and the overall NBA look in 2020-21, when Durant is healthy again, will be of great intrigue.