The kind of brazen dealmaking that led to success for an important generation of business titans has become a thing of the past — or at least in America.

It died with the passing, this month, of billionaire Kirk Kerkorian, the Las Vegas tycoon who built an empire on bold bets and gut instincts, The Economist argues in an oped.

Kerkorian was a perfect example of the American dream: a first-generation American and the son of Armenian immigrants, he did a stints as a boxer and then as a fighter pilot in World War II before building his own short-haul airline business.

He didn’t go to Harvard or Wharton — he was actually a middle-school dropout. But he was also a natural dealmaker and pulled off some amazing feats, according to The Economist. Those include:

But in the same way that the working class on Wall Street is all but dead, so is the career trajectory that dealmakers like Kerkorian were able to follow to success.

Nowadays, business titans don’t come from the military but from elite universities and bank analyst programs — each a “condition of entry” in fields like tech and finance, according to The Economist. Now, “corporate stiffs” dominate.

So is this the end of an era? In America, maybe.

But, The Economist notes, other parts of the world are just beginning to experience the market opportunities that led to the business culture of Kerkorian’s America. Billionaires are emerging in countries like China and Brazil, and they’re seizing on every opportunity they can.

So maybe look abroad for the next generation of game changers.

Here’s the story in The Economist » 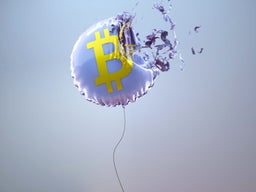