C-SPANBuzzFeed News first reported that Kyle Rittenhouse can be seen wearing a white hat in the crowd of a January Trump campaign rally in Des Moines, Iowa.

The suspect behind a shooting at Black Lives Matter protests in Kenosha, Wisconsin, sat front row at a campaign rally for President Donald Trump in January, event footage and a social media post show.

Kyle Rittenhouse, 17, was arrested Wednesday at his home in Antioch, Illinois, and charged with first-degree intentional homicide in connection with the shooting.

BuzzFeed News first reported that Rittenhouse attended the Trump rally at Drake University in Des Moines, Iowa, at the end of January. A screenshot of a C-Span broadcast showed the teenager just a few feet away from President Donald Trump in the crowd. Rittenhouse also posted a TikTok video of the event.

A Trump campaign spokesperson told Bloomberg’s Mario Parker that Rittenhouse, who was not named in the statement, had “nothing to do with our campaign.”

“President Trump has repeatedly and consistently condemned all forms of violence and believes we must protect all Americans from chaos and lawlessness,” the spokesperson said. “This individual had nothing to do with our campaign, and we fully support our fantastic law enforcement for their swift action in this case.”

Armed with an AR-15, Rittenhouse shot into a crowd of protesters Tuesday night in Kenosha, killing two people and injuring another, who is now hospitalized.

The protests in Kenosha were sparked by the shooting of Jacob Blake, a 29-year-old Black man who was shot seven times in the back by police officer Rusten Sheskey as he opened the door to his vehicle with three of his children inside. Blake’s family told reporters on Tuesday that he was in stable condition but is still in the ICU. He is paralysed from the waist down, his family and attorney said. 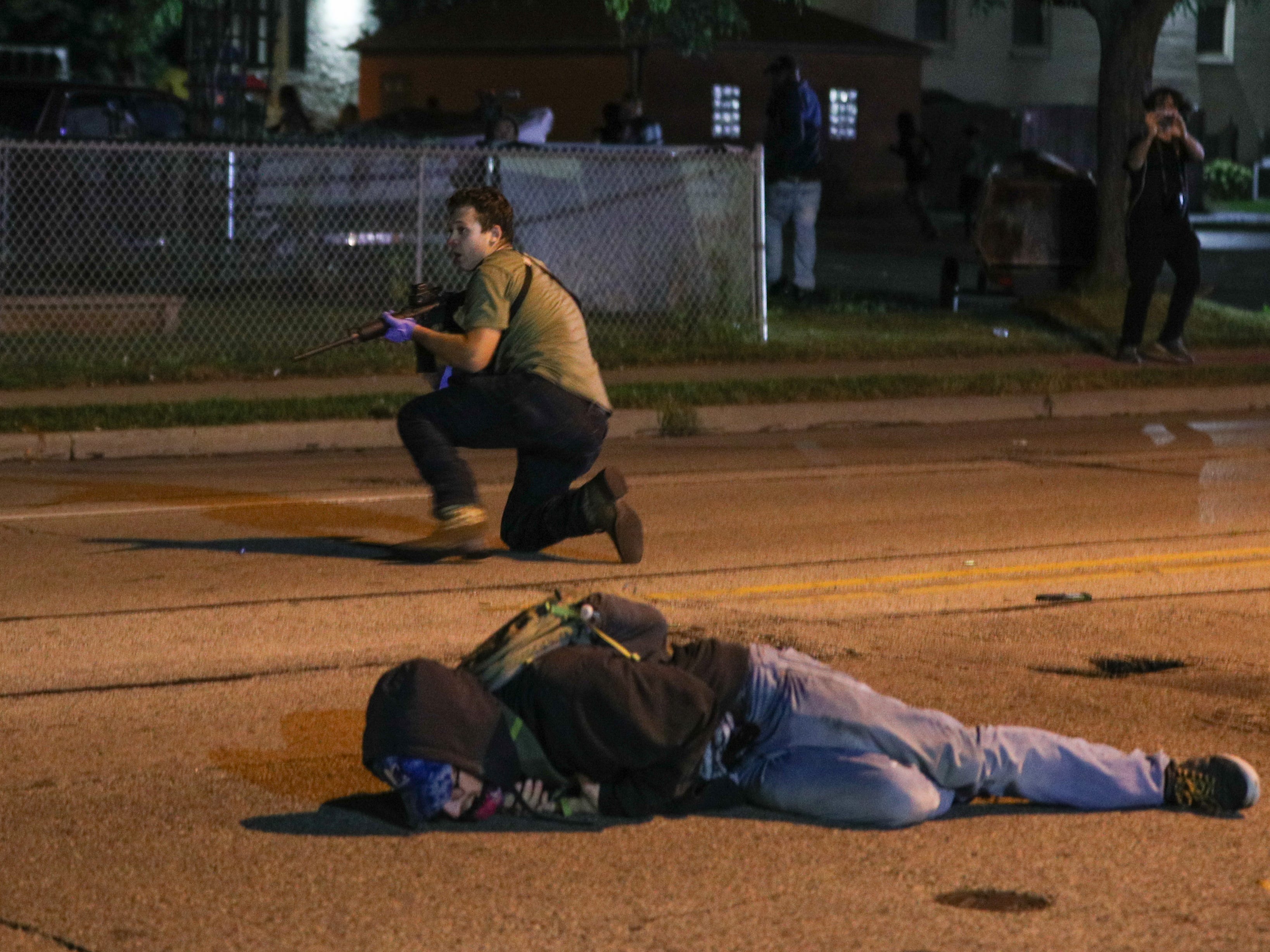 Koerri Elijah, a Kenosha resident who was filming the protests, told Insider’s Haven Orecchio-Egresitz that Rittenhouse seemed “on edge” but didn’t initially pose as a threat.

Video taken at the scene shows a teenager who appears to be Rittenhouse running with the gun, before he trips and falls to the ground. As protesters approached him, shots rang out and the crowd scattered.

Insider previously reported that the teenager expressed support for “Blue Lives Matter” – a counter-movement to Black Lives Matter that supports police officers – and idolized the police in posts shared on social media.