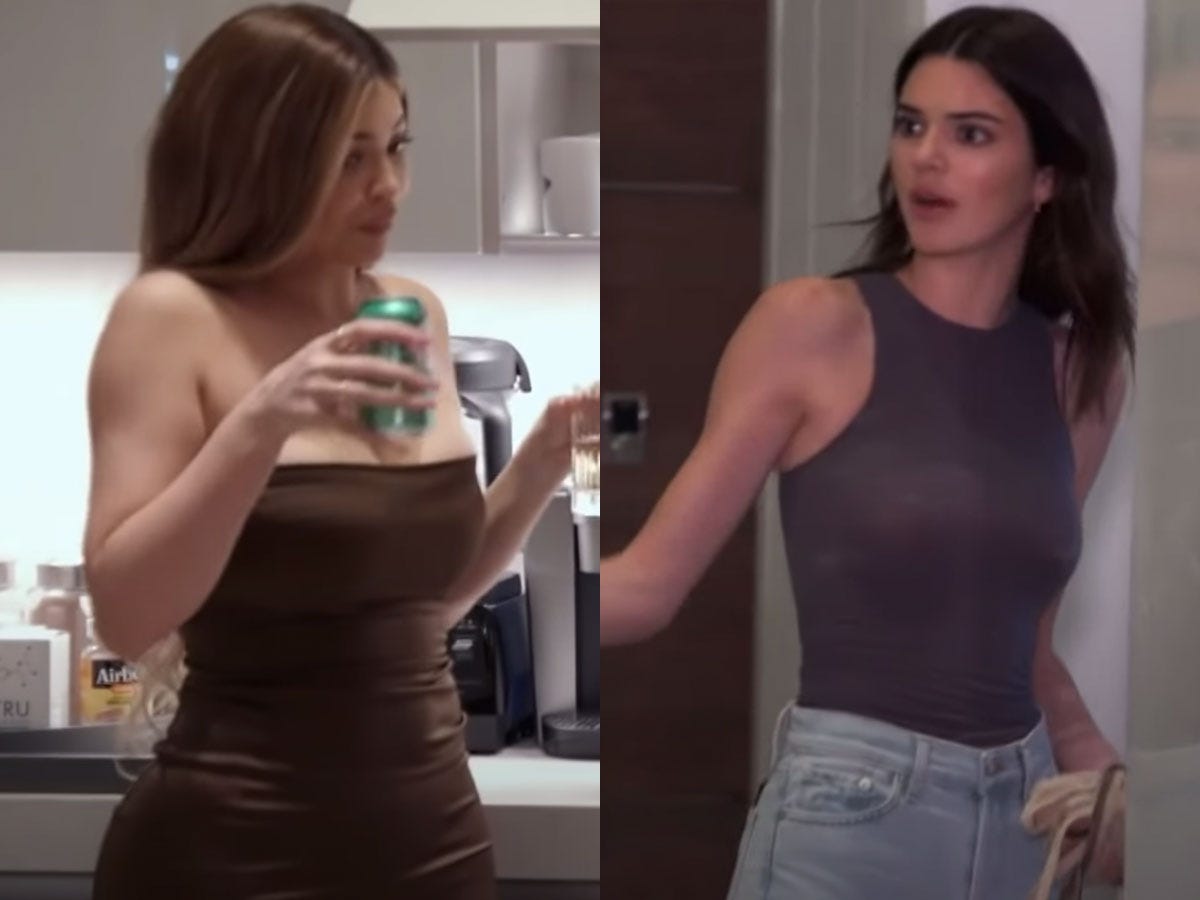 E!Kylie Jenner and Kendall Jenner got into a major fight on season 19 of ‘KUWTK.’

Kendall Jenner vowed to “never speak” to Kylie Jenner again after their explosive fight on Thursday’s episode of E!’s “Keeping Up With the Kardashians.”

Tensions first arose when Kylie borrowed her sister Kourtney Kardashian‘s outfit for a night out to see a drag show during their family trip to Palm Springs, California. Kendall was furious, since she was planning on wearing it.

“Everyone bows down to Kylie and lets her wear whatever the f— she wants,” the supermodel complained, later telling her sister that she “ruined my f—ing night.”

The makeup mogul later played down the argument during a confessional and said she doesn’t “really know what’s going on with this outfit.”

“I didn’t know that it was assigned for Kendall, or if it really was or not,” she said, adding, “But I brought a big baggy t-shirt and a bikini, so this was really the only thing I could wear.”

The sisters eventually made it to the drag show, but Kendall was nodding off on the way there so she decided to stay in the car with the understanding that she, Kylie, and Corey Gamble would drive back to Los Angeles after the performance ended.

At the end of the show, Kim Kardashian West, Kris Jenner,Khloe Kardashian, and Kourtney got into one Escalade to return to Palm Springs, while Kylie and Gamble returned to the car with Kendall in it.

When the model offered to give her address to Kylie’s driver, her little sister asked, “Why would I drop you home, Kendall? I’m not going to go through the city to drop you home.”

Viewers then heard the fight happening from the car with Kim, Kris, Khloe, and Kourtney, who had the sisters on speakerphone. Kendall and Kylie were screaming at each other, while Gamble yelled for them to stop.

“No one promised to take you home!” Kylie told Kendall, who responded by saying, “You did!”

Kylie and Gamble then dropped Kendall off on the side of the road by a gas station, where her sisters and mother picked her up

When she got into the Escalade, she was crying.

“I will never speak to Kylie ever again,” she said before launching into the details of what happened in the other car.

“Kylie was like, ‘Jose, can we stop somewhere to go pee?’ And then I was like, ‘Oh yeah, and should I give him my address?’ She goes, ‘No, I’m not dropping you home, what do you think this is?’ Corey’s like, ‘Stop the car, let’s get Kendall another car.’ Like, no. Why would I drive all the way by myself?” she asked.

Kendall also said that Gamble wasn’t “even trying to be helpful” and wanted her to get out of the car.

“Corey, on everything, said ‘F— you’ and turns around to the front. I said, ‘F— you? You’re going to say f— you?’ And that’s when I started getting hysterical,” she told her sisters, promising them that she was “sober” and telling the truth.

She said Kylie denied that he said, “F— you” to her and said Kylie then “took her heel and put it into my neck.”

“The fact that my sister, my blood, was reacting that way â€” it’s so upsetting,” she added.

Kylie later said that there was a “miscommunication” between her and Kendall that “got out of hand.”

It’s not the first time that the Kardashian-Jenner siblings have gotten into physical fights on the show.

During season 18, Kourtney and Kim got into a brawl that left the SKIMS founder bleeding.

On Thursday’s episode, Kris called Kourtney to talk about how she was feeling since the fight. The POOSH founder said she’s trying to move forward from the altercation.

“It’s just such a natural thing in our family, what everyone does, if anyone goes anyway against what everyone else is doing, it just seems like they just attack,” she told Kris.