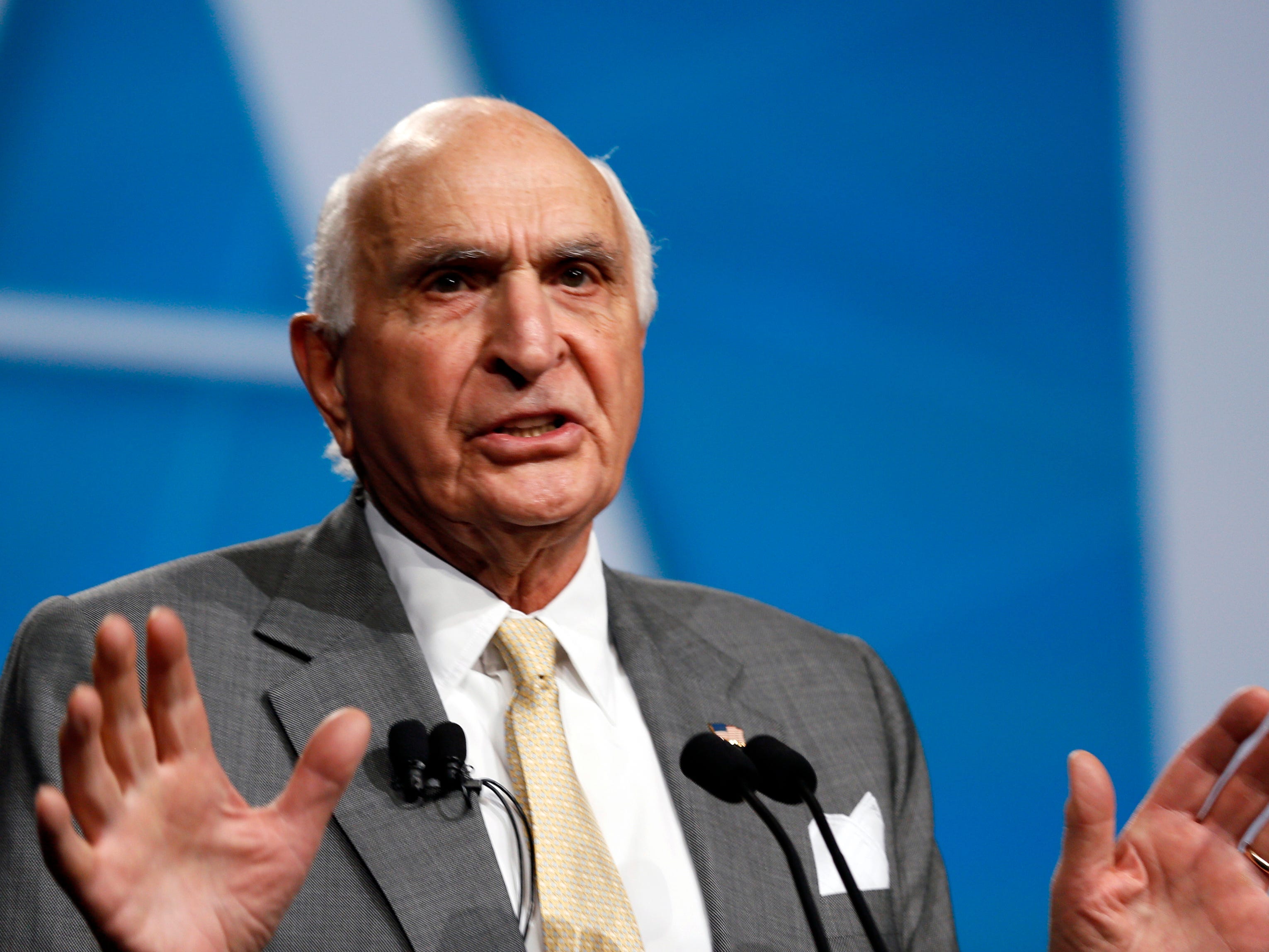 REUTERS/Rick WilkingKenneth Langone, co-founder of Home Depot Inc, speaks at a panel discussion at the SALT conference in Las Vegas May 14, 2014. SALT is produced by SkyBridge Capital, a global investment firm.

“Last Wednesday was a disgrace. It should never have happened in this country,” the Home Depot co-founder said on “Squawk Box”, referring to the violent pro-Trump rioters who stormed the US Capitol last week during the presidential election certification. “It breaks my heart,”Langone said.

The protest turned violent after Trump riled up supporters with baseless claims of election fraud, falsely claiming that Congress could throw out electoral votes.

Despite his well-known politics, Langone condemned attempts to change the results of the presidential election. “It was over. Biden is the president. Biden should be in the White House,” he said on CNBC, though he said he does not care if President Trump is impeached.

Langone even went as far as vowing to support Biden, promising to “make Joe Biden the most successful president in the history of the country.”

Langone has long been a major donor to the GOP and is worth nearly $US5 billion according to Forbes. The Centre for Responsive Politics listed Langone and his wife as top hard money individual contributors, with 99% of money going toward Republican causes, Insider’s Ãine Cain reported in 2020.

In a 2019 interview with Insider, he slammed Senator Bernie Sanders as a “blowhard” for saying billionaires shouldn’t exist. Liberals have called for boycotts of Home Depot over Langone and cofounder Bernie Marcus’ support for Trump and conservative causes.