Kazakhstan, which banned the first 'Borat' movie, has turned the character's catchphrase 'Very nice' into its new tourism slogan 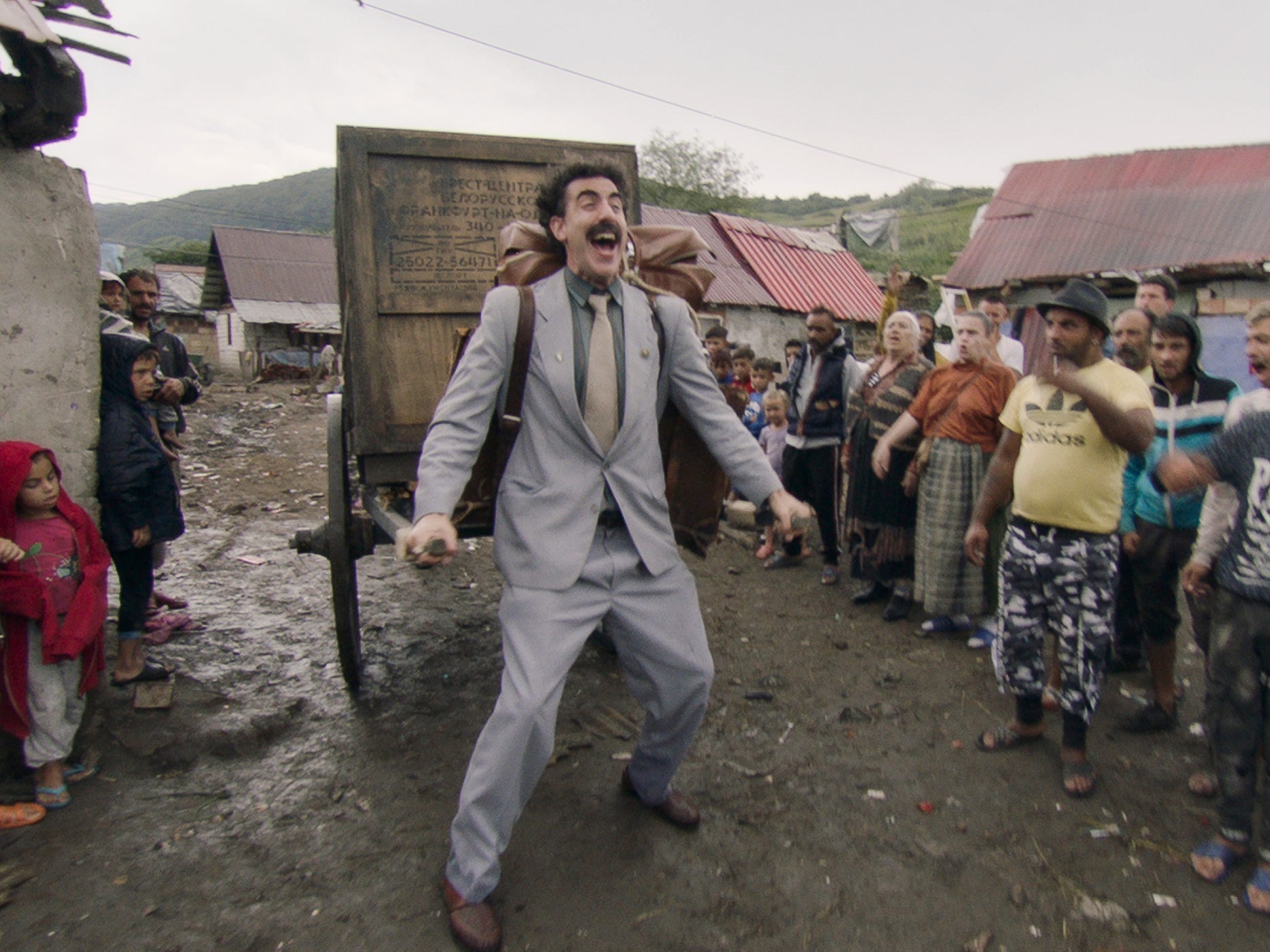 After initially banning the first “Borat” movie, a 2006 comedy in which the actor Sacha Baron Cohen plays a Kazakh TV reporter named Borat, the country of Kazakhstan now appears to have accepted the attention the “Borat” films bring to it.

In fact, it’s even highlighting it.

In 2006, the Kazakh government banned “Borat” and took out full-page ads in various newspapers to refute many of the “facts” about Kazakhstan from the film, which depicts the former Soviet republic as a place where women are kept in cages, prostitution is a primary industry, and anti-Semitism and homophobia are rampant.

But Kairat Sadvakassov, the deputy chairman of Kazakhstan’s tourism board, has said the government was determined to keep its cool this time.

Initially “the decision was made to let it die its natural death and not respond,” Sadvakassov told The New York Times of “Borat 2,” which premiered on Amazon on Friday.

But thanks to a savvy pitch from a couple of fans, the tourism board reconsidered and decided to adopt one of Borat’s best-known catchphrases: “Very nice.”

“In COVID times, when tourism spending is on hold, it was good to see the country mentioned in the media,” Sadvakassov told The Times. “Not in the nicest way, but it’s good to be out there.”

According to The Times, the idea to create tourism ads based on the movie came from Dennis Keen, a Los Angeles transplant who first came to Kazakhstan on a summer exchange program in 2005. He’s now married to a local, hosts a travel show on local TV, and runs a business offering walking tours. “I’m kind of like the American Borat,” Keen told The Times.

As the owner of a tourism-based company during a pandemic, Keen said he had a lot of time on his hands. He also didn’t want his newborn son to be ashamed of his home country when he grew up.

When the trailer for the “Borat” sequel, which was shot in secret, was released in late September, Keen and a friend, Yermek Utemissov, pitched tourism ads featuring the slogan “Kazakhstan. Very nice!” to the country’s tourism board.

“I came up with the idea October 3, and I brought it to Kazakh Tourism knowing we had a very small window to make it happen,” Keen told Insider.

He said that it was a surprisingly easy sell. “[The tourism board was] clearheaded enough to recognise that the past approach didn’t work and was ready to try something different,” Keen told Insider.

The spots depict Kazakhstan’s natural beauty, local traditions, and regional cuisine, with people in them noting that they are “very nice.”

Representatives for Kazakhstan’s tourism board did not immediately respond to Insider’s request for comment.

“This is a comedy, and the Kazakhstan in the film has nothing to do with the real country,” Baron Cohen told The Times in a statement. “I chose Kazakhstan because it was a place that almost nobody in the US knew anything about, which allowed us to create a wild, comedic, fake world. The real Kazakhstan is a beautiful country with a modern, proud society â€” the opposite of Borat’s version.”

While the sequel does not show Kazakhstan in any better light than the first film did, Utemissov said times had changed, and the younger Kazakh generations saw the movie for what it is: a satire.

“The country is more developed, more confident, and more globalized,” Keen told Insider, adding that many younger locals understand that harnessing the attention from the movies could be good for Kazakhstan’s brand.

He also said that the ads deliberately don’t refer to the new movie, but instead focus on showcasing Kazakhstan’s natural beauty and futuristic architecture.

“It seems like Kazakhs are proud of the new ad because it tells their story, the story of the Kazakhstan they know and want to share with the world,” he told Insider.