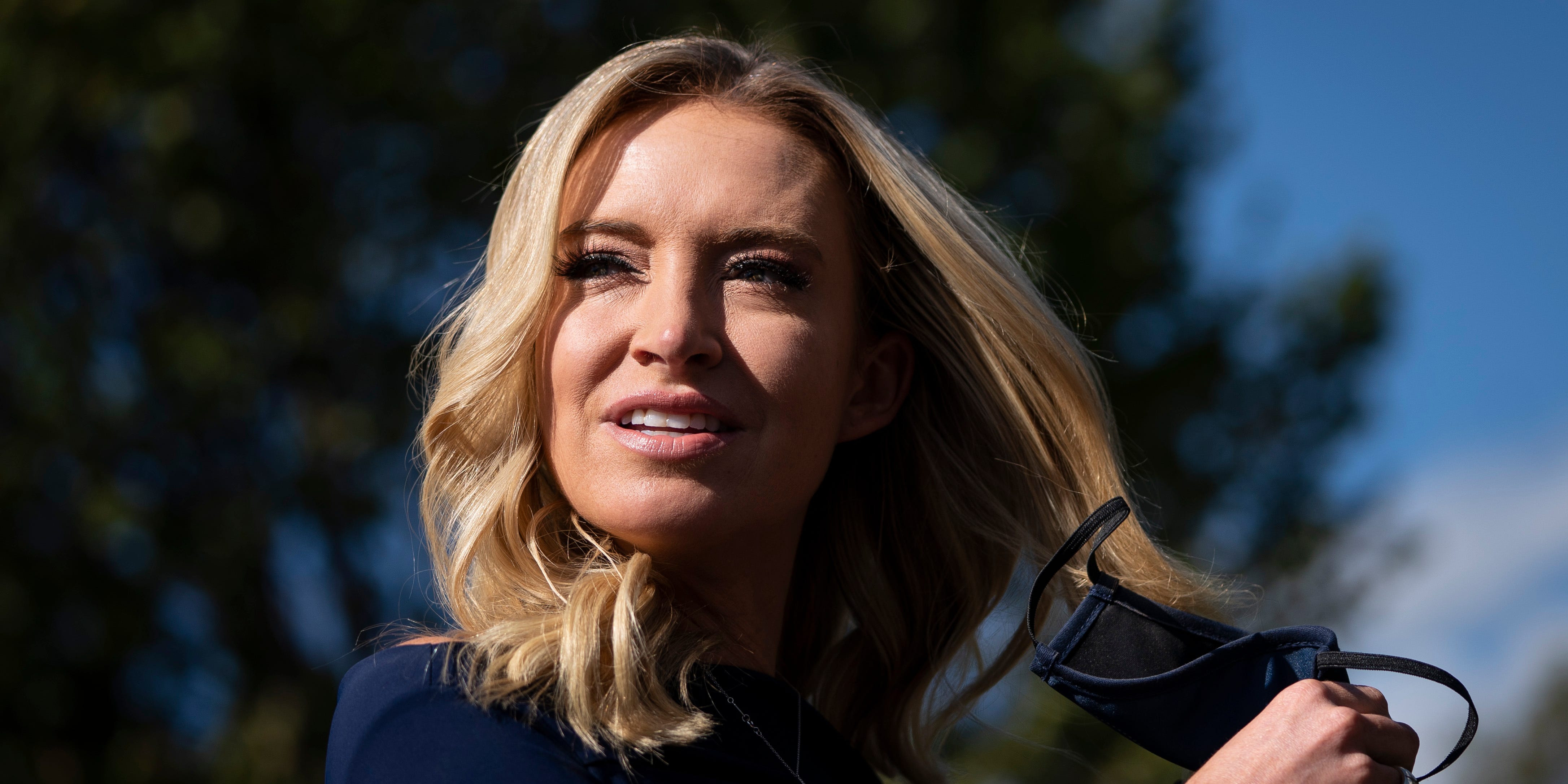 Drew Angerer/Getty ImagesWhite House Press Secretary Kayleigh McEnany takes off her face covering before speaking with reporters outside the West Wing of the White House on October 2, 2020 in Washington, DC.

White House Press Secretary Kayleigh McEnany refused to acknowledge that President-elect Joe Biden will be sworn in as US president in January 2021, insisting instead that President Trump will attend “his own inauguration.”

Speaking to Fox Business on Friday, McEnany said that she is confident President Trump’s many legal challenges will eventually turn the election around, adding that the current administration only wants to “lift the hood of the car” on the results.

When asked by Fox Business host Stuart Varney whether Trump would attend the inauguration in January, McEnany responded: “Again, that’s many steps away here. We’re talking January and President Trump believes he will be President Trump, have a second term, and litigation is the first step, many steps away from that.”

But when Varney, who is usually a staunch Trump supporter, suggests that not attending the inauguration would “look like sour grapes”, McEnany responded: “I think the president will attend his own inauguration, he will have to be there in fact.”

“I think the president will attend his own inauguration.” pic.twitter.com/uHTDneIiXx

McEnany has loyally stood by President Trump’s side as he continues, without evidence, to dispute the election results, repeatedly calling them “rigged.”

Trump lost the presidential election to President-elect Joe Biden last week but has refused to concede, leading to some delays in the transition process.

No modern presidential candidate has ever refused to concede.

On Thursday, McEnany declined to answer a question on when Biden will receive access to intelligence briefings, telling “Fox & Friends”: “That would be a question more for the White House.”

Her comments led to confusion. McEnany has the title of the White House press secretary; however, she has also been serving as a Trump campaign adviser and surrogate.

McEnany herself has also continued to push unsubstantiated claims of voter fraud in the 2020 election.

Earlier this week, Fox News cut off the press secretary’s press conference in which she baselessly suggested that the Democrats welcomed “fraud” and “illegal voting” into the election.

“Unless she has more details to back that up, I can’t in good countenance continue to show you this,” the Fox News anchor Neil Cavuto said at the time, as he cut off the press conference.