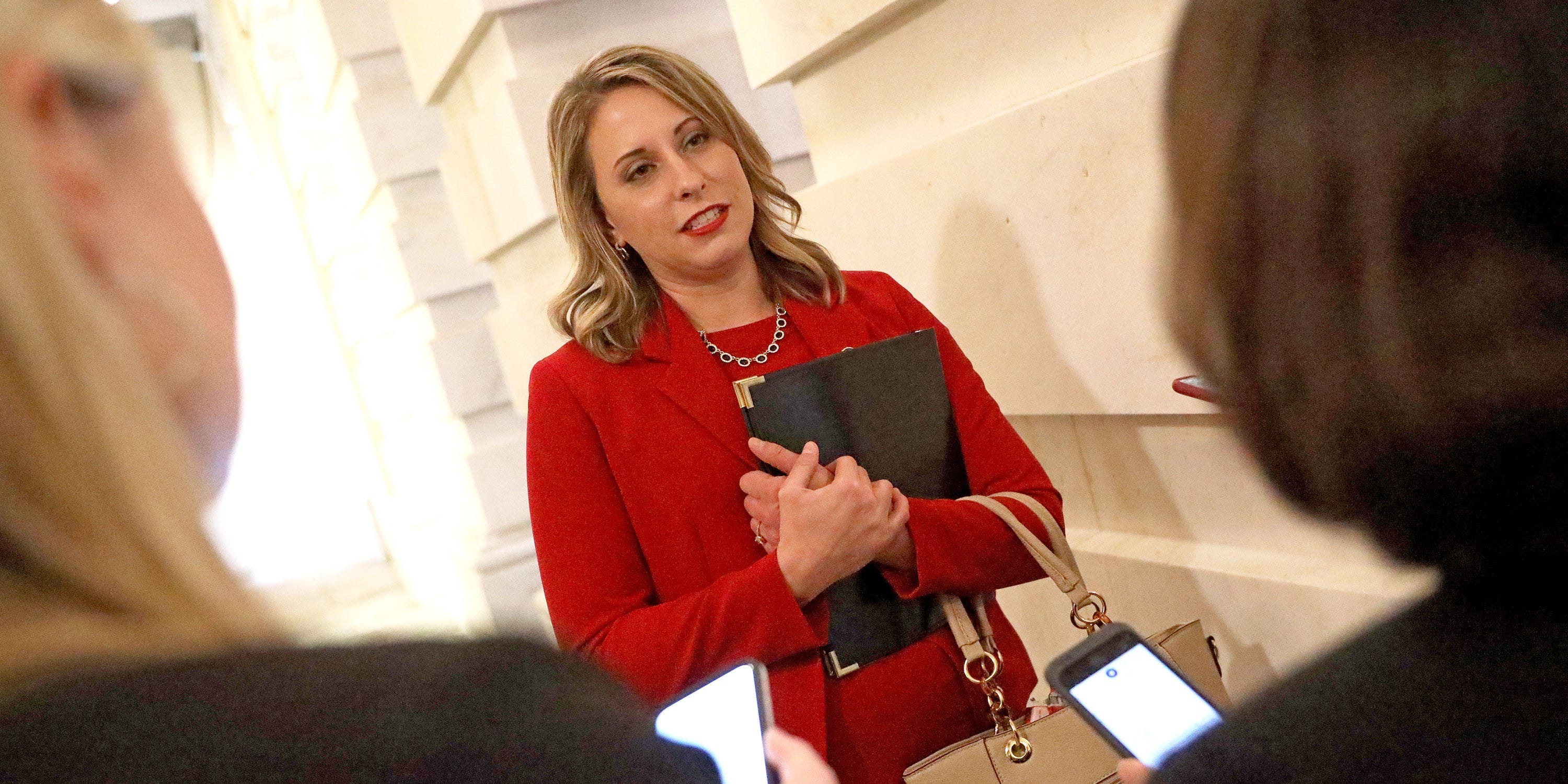 Win McNamee/Getty ImagesThen-Rep. Katie Hill answers questions from reporters at the Capitol following her final speech on the floor of the House of Representatives on Oct. 31, 2019.

A Los Angeles judge dismissed former Rep. Katie Hill‘s lawsuit against the Daily Mail over the outlet publishing what she called on Twitter, “nonconsensual nude images” of her.

“Here, the intimate images published by [the Mail] spoke to [Hill’s] character and qualifications for her position, as they allegedly depicted [Hill] with a campaign staffer whom she was alleged to have had a sexual affair with and appeared to show [Hill] using a then-illegal drug and displaying a tattoo that was controversial because it resembled a white supremacy symbol that had become an issue during her congressional campaign,” the judge wrote.

“This fight has massive implications for any woman who ever wants to run for office, so quitting isn’t an option,” she added.

The ex-Congresswoman was elected as a Democratic representative from California in 2018. In 2019, allegations emerged that Hill had sexual relationships with campaign and congressional staffers, which she initially denied but later confirmed she had a relationship with one campaign staffer. In late October, the Daily Mail published nude photos of her with a campaign aide, which prompted the Hill’s lawsuit against the tabloid. She resigned in light of the nude photos and allegations.

She sued her ex-husband, accusing him of leaking the photos to RedState and the Daily Mail. The media outlets maintained that the publication of the photos was not in violation of the law under the First Amendment.

Legal experts told Insider’s Jacob Shamsian that the lawsuit may not stand in court because of the First Amendment, but the suit against Hill’s ex-husband still has good chances.

The judge ruled that the photos reflected Hill’s “character, judgment and qualifications for her congressional position.”

Hill’s attorney Carrie A. Goldberg tweeted that they intend on appealing the case, saying that she and Hill think an “appellate court will disagree” that the publication of the photos are protected under the First Amendment and that the case was dismissed on anti-SLAPP grounds.

Goldberg added that dismissing the case “sets a dangerous precedent for victims of nonconsensual pornography everywhere.”