Kate Winslet says she choreographed sex scenes in 'Ammonite' with costar Saoirse Ronan: 'It's definitely not like eating a sandwich' 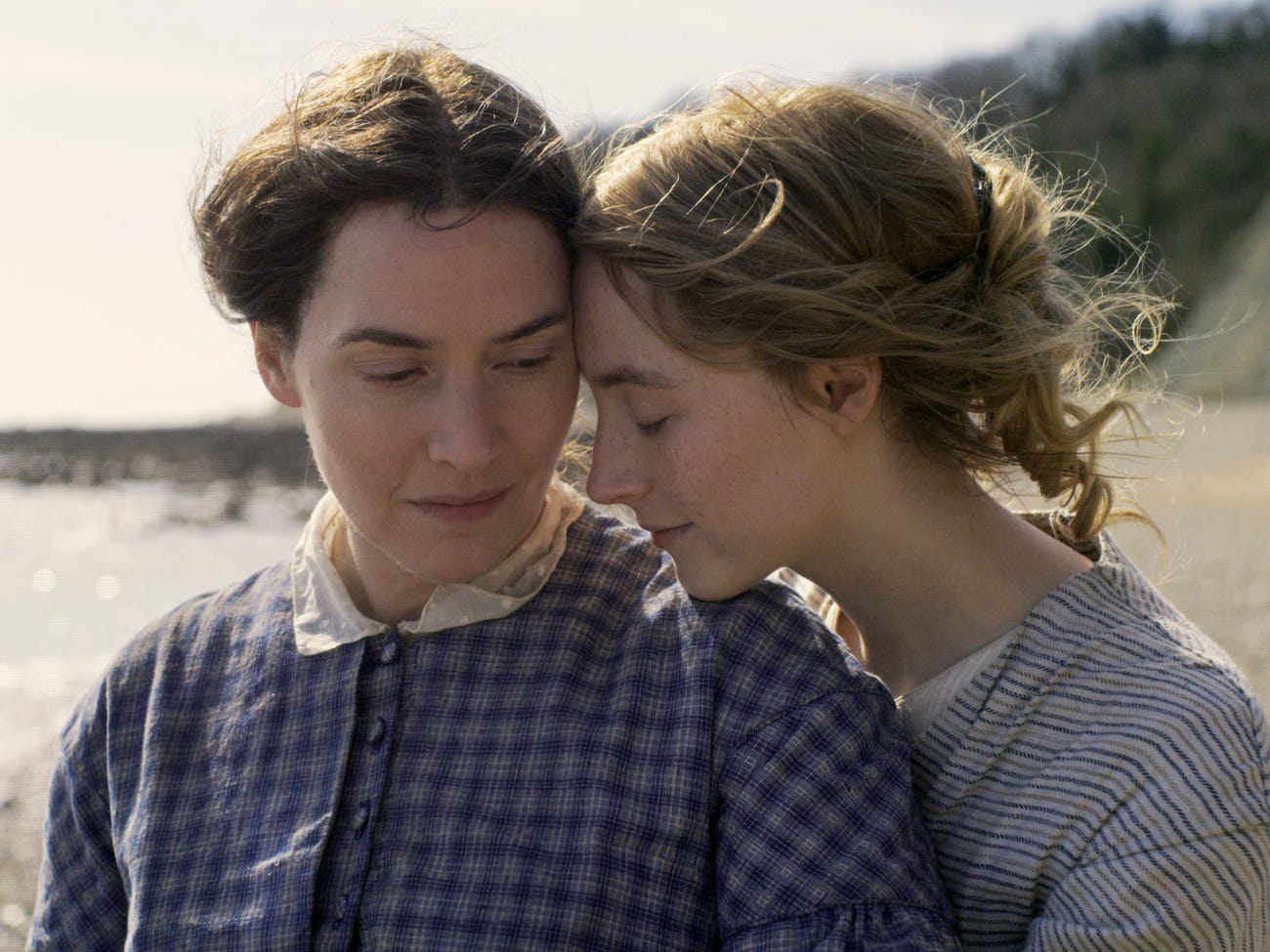 Kate Winslet said in an interview with The Hollywood Reporter that she choreographed her sex scenes with her costar Saoirse Ronan for their upcoming romantic drama, “Ammonite,” from the director Francis Lee.

“It’s definitely not like eating a sandwich,” Winslet said.

“I just think Saoirse and I, we just felt really safe,” she added. “Francis was naturally very nervous. And I just said to him, ‘Listen, let us work it out.’ And we did. ‘We’ll start here. We’ll do this with the kissing, boobs, you go down there, then you do this, then you climb up here.'”

“Ammonite” is the British writer-director’s follow-up to his critically acclaimed debut, “God’s Own Country.” The film, set in the 1800s on the southern coast of England, follows the life of the paleontologist Mary Anning, played by Winslet, who develops an intense romantic relationship with a much younger married woman, played by Ronan.

“We marked out the beats of the scene so that we were anchored in something that just supported the narrative,” Winslet said. “I felt the proudest I’ve ever felt doing a love scene on ‘Ammonite.’ And I felt by far the least self-conscious.” 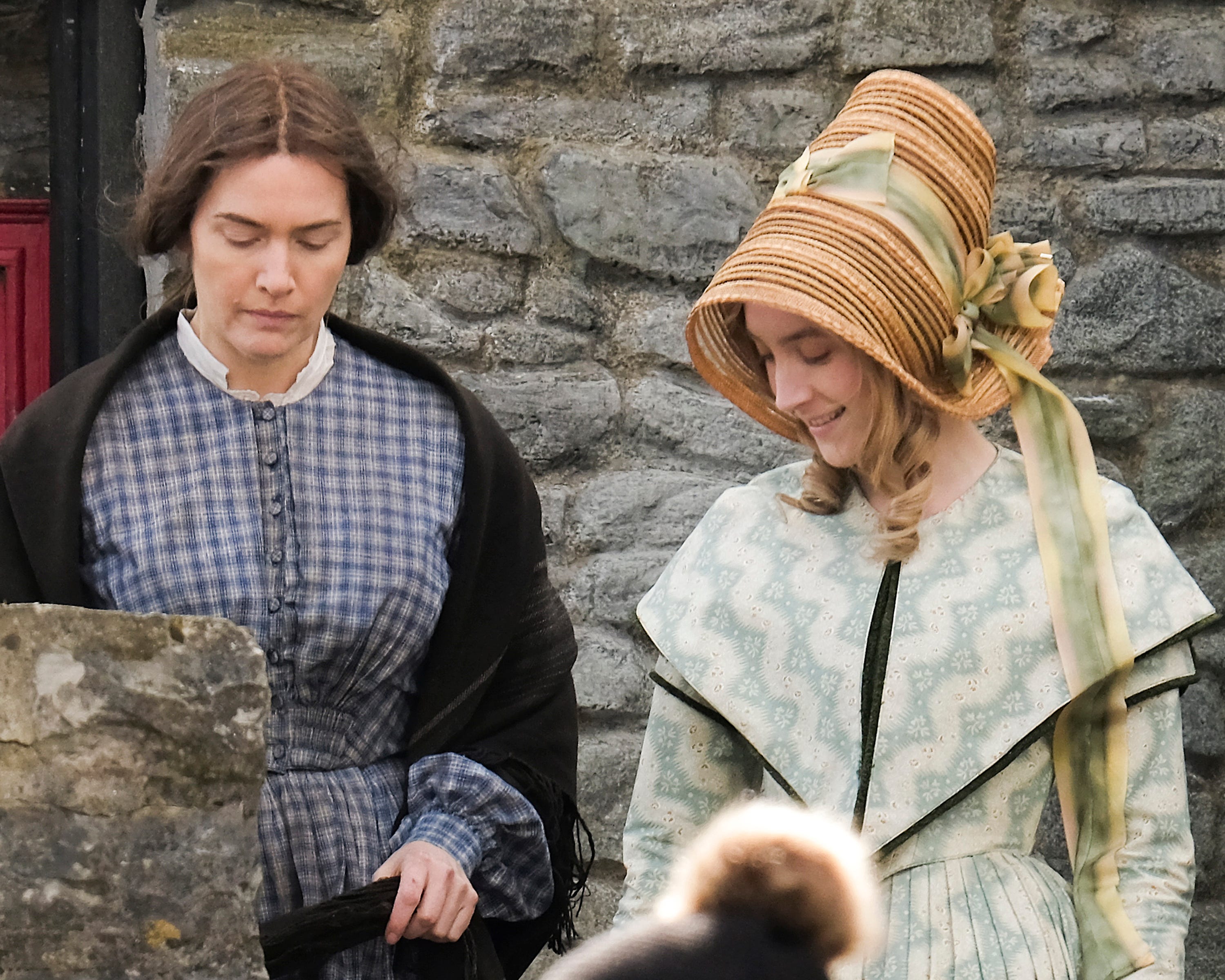 GC Images/GC ImagesWinslet and Ronan on the set of ‘Ammonite.’

Winslet, who’s enjoyed an acclaimed and diverse career that now spans over two decades, also spoke about body image and the expectations and limits of performing in Hollywood as a woman.

“I’m nearly 45, and Saoirse is almost half my age,” she said. “To have an opportunity to be my real 40-something self, post-children, you know? Women aren’t really having the courage to do that.”

“Ammonite” has already attracted awards buzz, with some speculating that this may be a return to form for Winslet. The film was initially scheduled to premiere at the Cannes Film Festival in May, but it was, of course, cancelled because of the pandemic. It is now set to premiere this month at the Toronto Film Festival, where Winslet will virtually accept the prestigious Tribute Actor Award.

Speaking about attending the festival virtually, Winslet said: “I can be barefoot and I don’t have to put a dress on and feel sick. So it’s awesome. I can have my glass of wine just out of frame.”