Kanye West was booted from ballots in Ohio, Wisconsin, Illinois, and Montana in the latest blow to his presidential bid 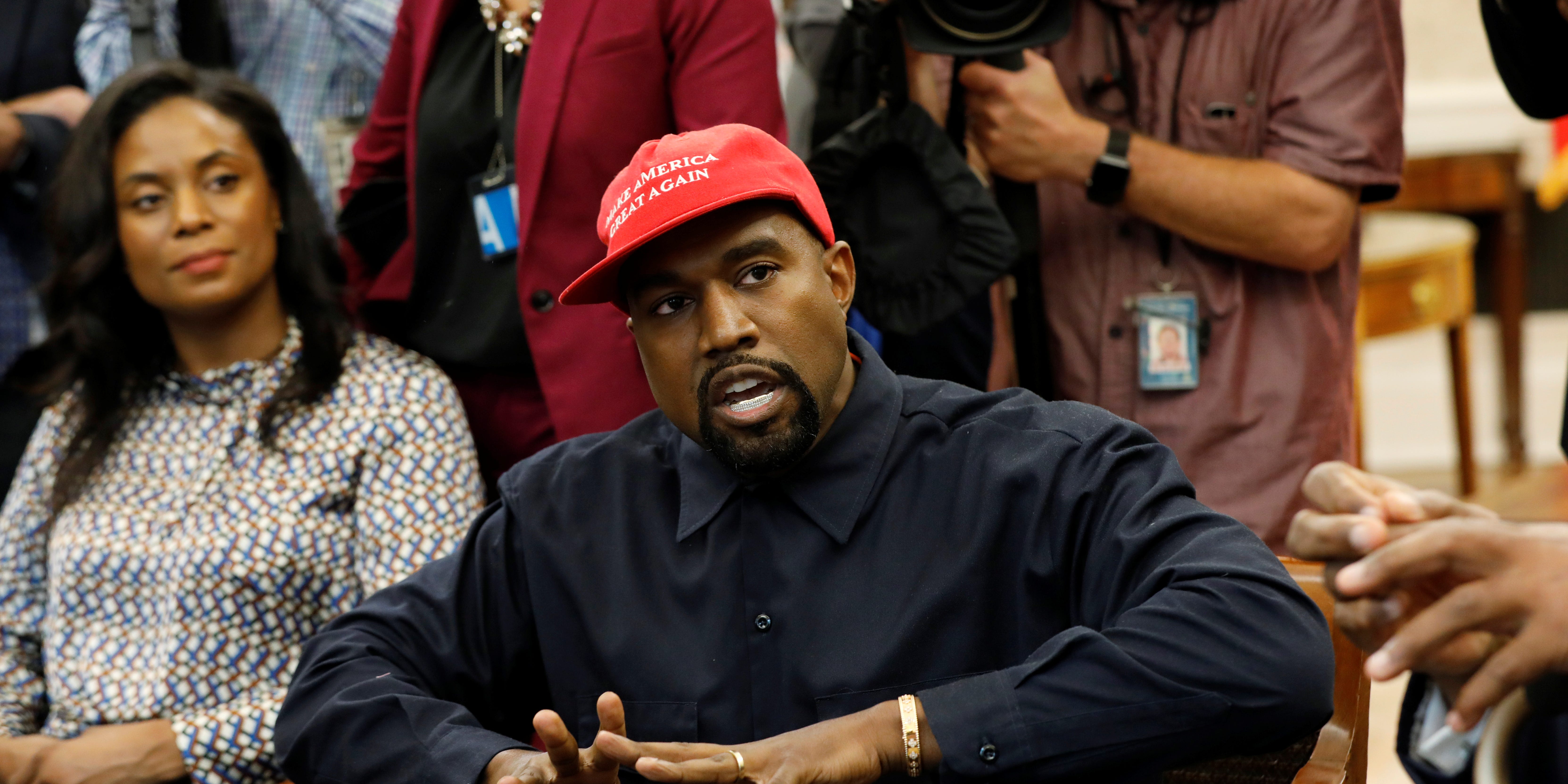 ReutersRapper Kanye West speaks during a meeting with President Trump at the White House.

Rapper, fashion designer, and presidential hopeful Kanye West will not appear on the ballot in Wisconsin, Montana, Illinois, or Ohio, election officials in those states decided late last week, marking the latest blow to his tumultuous longshot presidential campaign.

On Thursday, the Wisconsin Elections Commission in a 5-1 vote decided to bar West access from its ballot after West narrowly missed the deadline to register as a candidate in the state. State law required that candidates register with the elections commission before 5 p.m. on August 4. West’s campaign had registered seconds after the clock struck 5 p.m.

Also on Thursday, elections official in Montana deemed only 3,972 of the signatures submitted by West to be valid, short of the 5,000 required by state law, the Billings Gazette reported. West’s campaign had submitted more than 8,000 signatures to appear on the ballot, though the majority of them were deemed invalid.

Then, on Friday, election officials in Illinois and Ohio said that West had not met the requirements to appear on its ballot.

“A signature is the most basic form of authentication and an important, time-honoured, security measure to ensure that a candidate aspires to be on the ballot and that a voter is being asked to sign a legitimate petition,” Ohio Secretary of State Frank LaRose, a Republican, said in a news release. “There is no doubt that the West nominating petition and declaration of candidacy failed to meet the necessary threshold for certification.”

Ohio law also requires 5,000 signatures to appear on the ballot; the West campaign had submitted 14,886, according to The Cincinnati Enquirer. As the Enquirer noted, West has until 5 p.m. on Monday to file as a write-in candidate on the Ohio ballot.

In Illinois, where West was raised, officials said on Friday he likewise failed to meet state requirements to appear on the November ballot. While Illinois typically requires candidates to garner 25,000 signatures to appear on the ballot, the state slashed the requirement to 2,500 due to the COVID-19 pandemic,Politico reported. Still, the Illinois Election Board decided Friday that only 1,200 of West’s signatures had been legitimate.

West will also not appear on the New Jersey ballot after it pulled its application earlier in August following concerns about the legitimacy of the submitted signatures.

As Business Insider reported at the time of his candidacy announcement, West had already missed deadlines to file in several states, including North Carolina, Texas, New Mexico, and Indiana. The 43-year-old’s campaign has since been muddled with controversial moments, including late-night tweets about his marriage to Kim Kardashian West, comments about issues like abortion and vaccines, and accusations that his campaign exists to pull support from the Democratic nominee, former Vice President Joe Biden.

West still has pending petitions to appear on the ballot in Iowa, Missouri, Minnesota, and Tennessee, and he has already qualified to appear in Arkansas, Colorado, Oklahoma, Utah, and Vermont,The Hill reported.