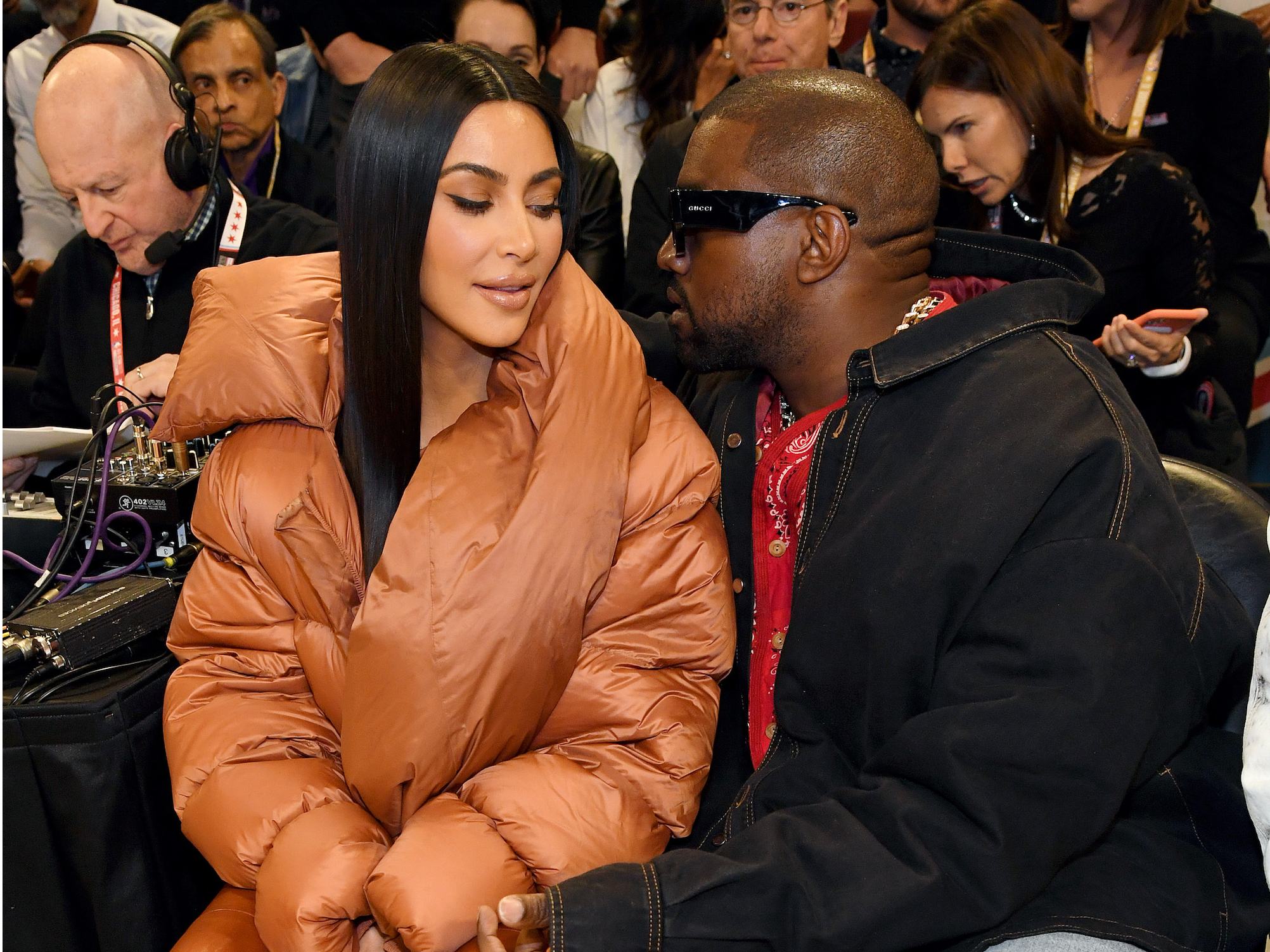 Kevin Mazur/Getty ImagesKim Kardashian West and Kanye West have been married since 2014.

Kim Kardashian West and Kanye West were caught in an awkward moment at the NBA All-Star game on Sunday.

When the couple were broadcasted on the jumbotron, Kardashian West leaned in for a kiss from her husband, but West seemed to ignore her completely.

lmao now why he ain’t kiss her back ???? pic.twitter.com/oIVIXcMxvt

The video has gotten some attention on Twitter, with many people dragging Wests “embarrassing” attitude.

lmao he stay embarrassing her ????

How Kim turns her head puckering her lips on the kiss cam and Kanye LITERALLY be like pic.twitter.com/2OUNsoBZtJ

The video of Kim and Kanye on the Kiss Cam gave me second hand embarrassment ????

Kanye ignored Kim’s kiss like how my FRIENDS ignore me in the GroupChat ???????????? pic.twitter.com/42OJmvYvkS

Others, however, think West was simply “oblivious” in the moment and didn’t intentionally ignore her.

I think he was oblivious to the moment and simply just didn’t see the gesture????

he clearly didn’t notice she wanted a kiss cause when she kissed him he smiled hella big. awww that was cute at the end.

As the interaction ended, Kardashian West finally leaned all the way over to kiss West on the cheek.

She later posted a photo of that moment on her Instagram story, per Cosmopolitan.