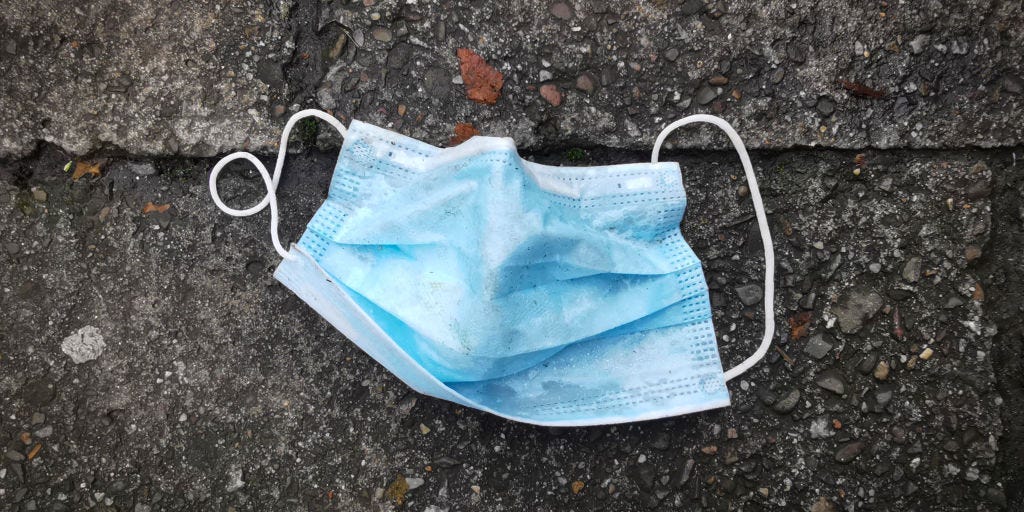 Beata Zawrzel/NurPhoto via Getty ImagesA disposable face masks is seen lying on the pavement during the coronavirus pandemic. Krakow, Poland on October 16th, 2020.

A mayor in Kansas has resigned after reviving threats from people for supporting a mask mandate in her town.

Dodge City Mayor Joyce Warshaw, who was elected into office in 2015, resigned on Tuesday, saying on Facebook that she feared for her safety because of “some people’s actions and words.”

Warshaw’s resignation comes after an interview with USA Today, during which she spoke about Dodge City’s decision to issue a mask mandate, saying it was “important” for “everybody to be responsible for each other’s health and well-being.”

Since then, Warshaw said she has been receiving threatening emails and calls from residents in Dodge City, prompting her to resign from her position as mayor.

“I understand people are under a lot of pressure from various things that are happening around society like the pandemic, the politics, the economy, so on and so forth, but I also believe that during these times people are acting not as they normally would,” Warshaw told USA Today. “I think it’s best for me and the city that I love to remove myself from the commission at this time and from the mayorship so that the city can move forward and be the best that it can be because I believe in the city.”

Police are currently investigating a number of threats made against Warshaw.

Health officials have said masks can help slow the spread of COVID-19. According to the Centres for Disease Control and Prevention, masks can help prevent a wearer’s respiratory droplets from reaching others, and help protect other people from contracting COVID-19 if the person wearing the mask is unknowingly infected with the virus.

Dodge City said in a statement on its website that Warshaw’s resignation was effective immediately.