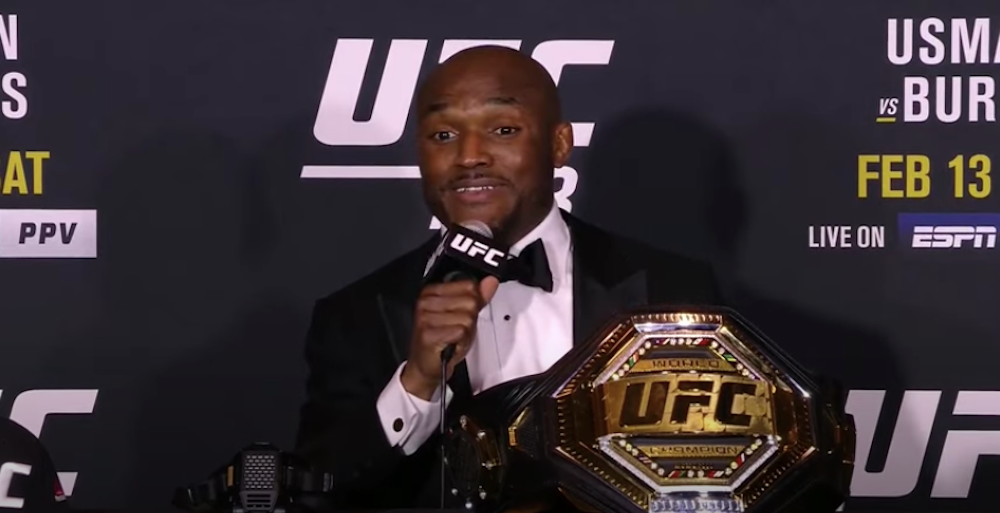 Kamaru Usman found a kindred spirit in Michael Jordan when he watched the critically-acclaimed documentary “The Last Dance.”

Speaking at a press conference after beating Gilbert Burns with a third-round finish in Las Vegas Saturday, the UFC welterweight champion mentioned the link to the former NBA great.

Victory at the weekend extended Usman’s unbeaten run in the UFC to 13. He has won four UFC title fights, and has beaten top tier opponents like Tyron Woodley, Colby Covington, and now Burns.

“I remember watching ‘The Last Dance’ with Michael Jordan and I was like: ‘This guy thinks like I do,’ because when I go into competition with these guys, that’s how I think,” Usman told reporters.

‘The Last Dance’ documentary, released in 2020, detailed Jordan’s life from his high school basketball team to the late 1990s when the superstar player led the Chicago Bulls team to its sixth NBA title of that decade.

“My mind is different than these guys when we get in there,” Usman continued. “I see no face. That is my Octagon â€¦ he said I have something he wants and I’m coming to get it. What’s more personal than that?”

Usman is growing in stature in the UFC and is running out of opponents he has not already beaten.

His next match could be a second fight with Jorge Masvidal, who he beat in routine fashion on Fight Island last summer.

Usman said he wants the rematch so he can put Masvidal “in a coffin.”

Masvidal took the Usman title fight on late notice as the original opponent, Burns, withdrew because of a positive coronavirus test.

This means the Floridian fighter has a built-in excuse for the loss, according to Usman, who now wants to leave his rival without an excuse by dominating him even after Masvidal has a full training camp.

“I’ll give you a whole training camp,” Usman said. “This time I want to stop him for real because I think that’s the only thing that’s going to close his mouth.

“Pretending walking around here like he’s Jesus or something. Well, I’m going to put him in a coffin this time.

“This time I will stop him. I promise you. That’s why I was disappointed in myself that last fight because I know I can stop him but with all the circumstances took place, I just went out there and dominated him from start to finish.

“This time I will stop him if he wants to step up.”