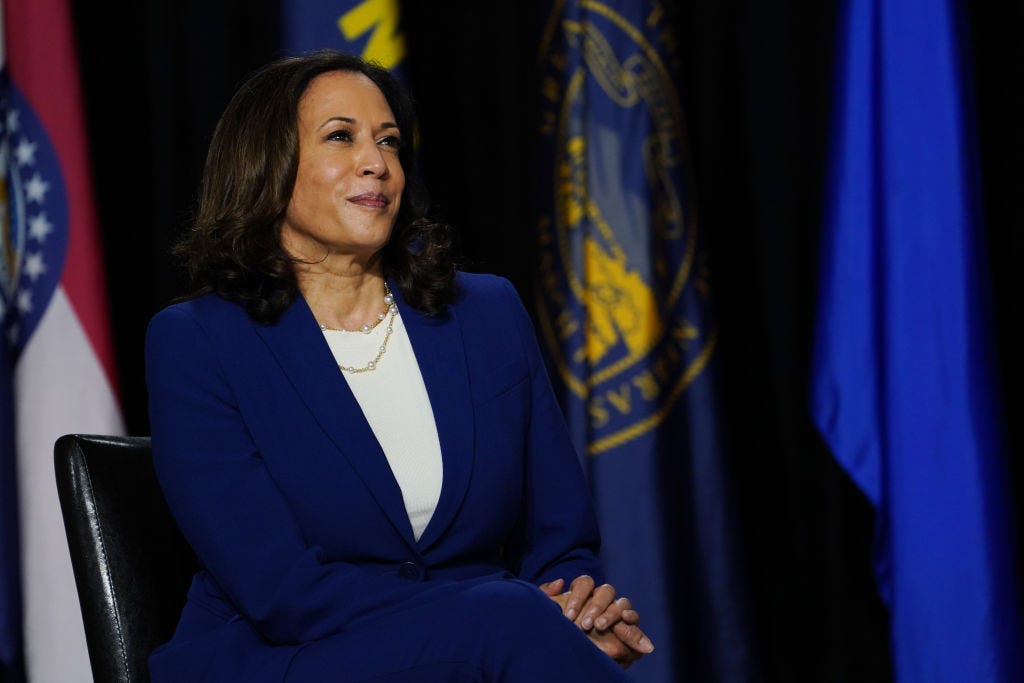 Sen. Kamala Harris delivered an optimistic call for unity and action as she formally accepted the Democratic vice presidential nomination during the Democratic convention on Wednesday night.

Harris told the story of her upbringing in Oakland, California and focused on her mother, an Indian immigrant and scientist, who raised Harris and her sister largely on her own.

“Even as she taught us to keep our family at the centre of our world, she also pushed us to see a world beyond ourselves,” Harris said of her mother, who died of cancer in 2009. ″[I am] committed to the values [my mother] taught me, to the word that teaches me to walk by faith, and not by sight, and to a vision passed on through generations of Americans-one that Joe Biden shares. A vision of our nation as a beloved community-where all are welcome, no matter what we look like, where we come from, or who we love.”

She also touched on her record of fighting crime as a prosecutor, suggesting the president is just another “predator” she’s ready to take on.

“I’ve fought for children, and survivors of sexual assault. I’ve fought against transnational gangs,” she said. “I took on the biggest banks and helped take down one of the biggest for-profit colleges. I know a predator when I see one.”

Harris made history as the first Black and Asian-American woman to land a major party nomination. The pick has added to her series of firsts, including being the first Black woman to serve as attorney general of her home state of California.

She began her speech on Wednesday by paying tribute to the women who fought for the 19th Amendment, which was ratified 100 years ago this week, and the ongoing fight for enfranchisement.

She didn’t dwell for long on President Donald Trump, but briefly painted him as a failed leader.

Harris has been heavily critical of Trump, both in her role as a US senator since 2017 and on the campaign trail.

“We’re at an inflection point. The constant chaos leaves us adrift. The incompetence makes us feel afraid. The callousness makes us feel alone. It’s a lot,” Harris said on Wednesday. “Here’s the thing: We can do better and deserve so much more.”

Trump and his Republican allies, including Vice President Mike Pence, who is due to debate Harris in October, have been on the offence since she secured the nomination.

Trump has attacked the senator, calling her “nasty” and promoting a baseless “birther” lie that Harris isn’t a US citizen because of her immigrant parents. Harris was born in California and is indisputably a citizen.

“They’re going to engage in an attempt to distract from the real issues that are impacting the American people. And I expect that they will engage in dirty tactics. And this is going to be a knockdown, drag-out. And we’re ready,” Harris previously told TheGrio about the attacks.

The senator also indirectly addressed the racist attack again on Wednesday night, noting that her mother “gave birth to me at Kaiser Hospital in Oakland, California.”

She closed the night’s events after Obama reportedly insisted that she conclude the events as a way for him to symbolically “pass the torch.”