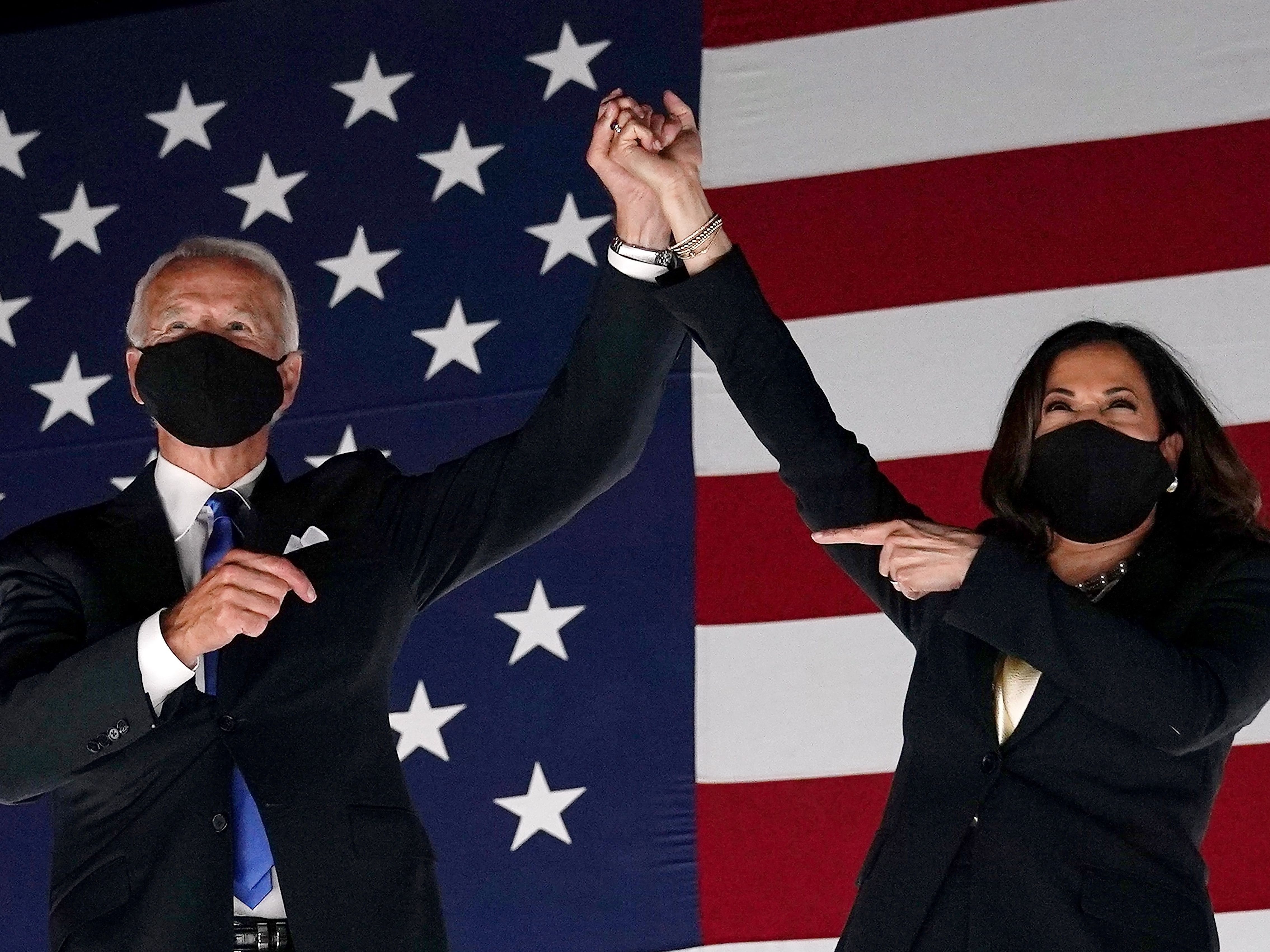 On this cold January 20, masked attendees welcomed President Joe Biden and Vice President Kamala Harris to the White House along with their spouses Dr. Jill Biden and Doug Emhoff.

One thing the President and Vice President have in common is they both met their spouses on blind dates.

While the idea of a blind date might sound awkward, it’s not entirely uncommon. According to a 2020 survey by DatingAdvice.com, 43% of Americans say they have been on at least one blind date.

Not everyone has luck getting a good match through blind dates but for Biden and Harris, it became their path to finding the now-First Lady and Second Gentleman of the United States.

Here are their love stories: 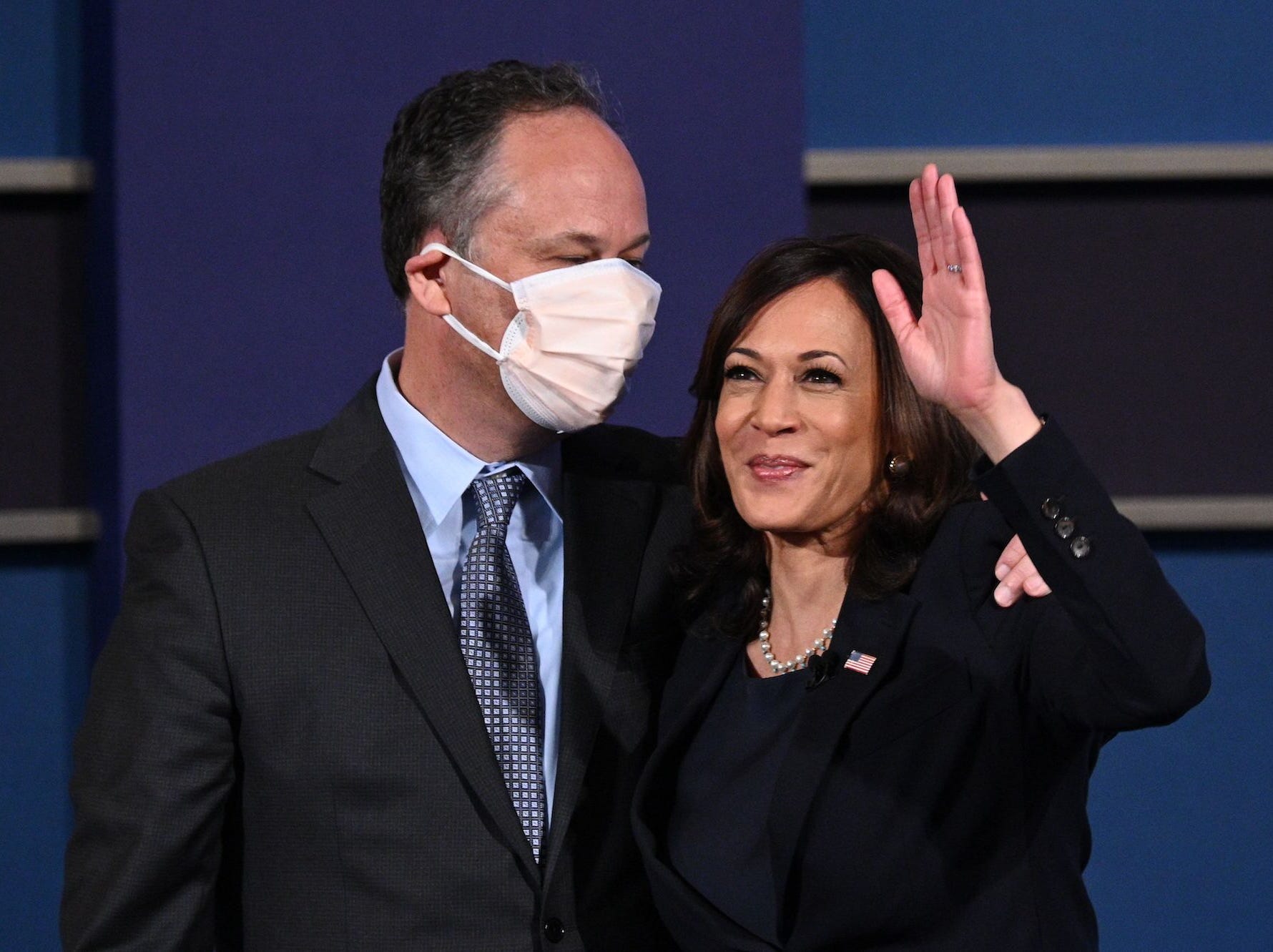 Harris hasn’t shared much about her dating life before meeting Emhoff, but according to the Washington Post, she said it was challenging pursuing a love life while in the public eye.

Harris was in her 40s and Attorney General of California when, in 2013, her friend Chrisette Hudlin suggested setting up a date with a friend of her’s.

While it was meant to be a blind date, Kamala wanted to make it a little less daunting â€” and to vet her date-to-be â€” by Googling him beforehand, and persuaded Hudlin to give her Emhoff’s name.

“She wanted me to just kind of go into it, and she said, ‘Don’t Google him.’ I did!” Harris laughed as she told Jane Pauley on “Sunday Morning.”


Read More:
Vice President Kamala Harris was sworn in with 2 Bibles held by husband Doug Emhoff. Here’s a timeline of their relationship.

Luckily, nothing alarming popped up on the search and the two seemingly hit it off.

Emhoff, who was an entertainment lawyer at the time and had two kids from a previous marriage, said it was “love at first sight.”

The two were married in 2014 in a ceremony officiated by Harris’ sister in Santa Barbara, California. Harris is now the stepmother to Emhoff’s children Cole and Ella, who gave her the catchy nickname “Momala.”

Jill was used to college guys, so she was apprehensive when Joe, who is nine years older than her, showed up at her door 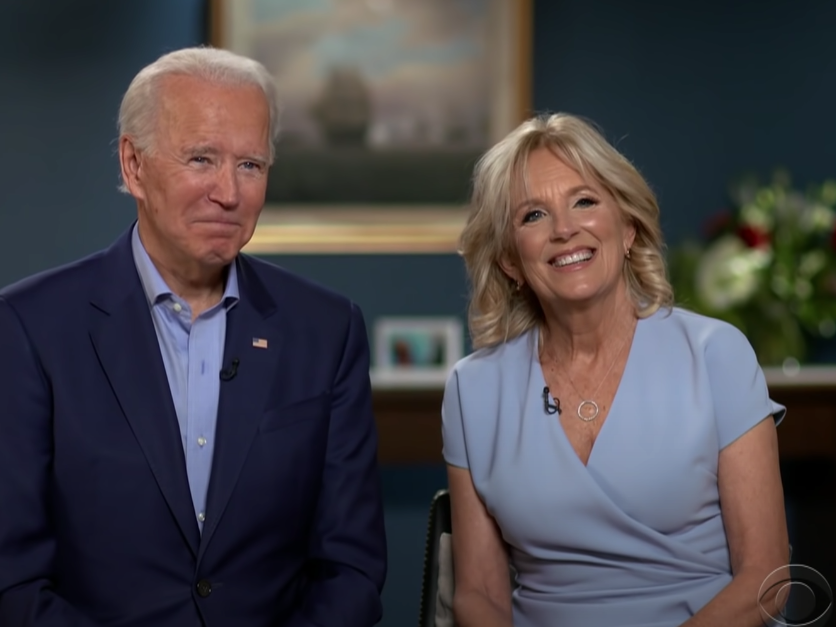 Joe’s brother, Frank, set him up with Jill Tracey Jacobs in 1975, three years after his first wife Neilia and his one-year-old daughter died in a car accident.

When Joe arrived to pick her up, Jill told the New York Times she remembered thinking: “Thank God it’s only one date.”

“I was a senior, and I had been dating guys in jeans and clogs and T-shirts, he came to the door and he had a sport coat and loafers, and I thought, ‘God, this is never going to work, not in a million years,'” Jill told Vogue.

Jill felt put off by the nine-year age gap between them, as she was 24 and Joe was 33, when they were introduced.


Read More:
Joe and Jill Biden have been married for nearly 44 years â€” here’s a timeline of their relationship

Despite bad first impressions, Joe managed to show her a positive side of himself during their date and Jill changed her mind about him because of how kind he was.

According to Vogue, despite Jill’s change of heart, Joe had to propose to Jill five times before she agreed to marry him in 1977 because Jill wanted to make sure she was ready to be married and not disrupt Joe’s sons’ lives. Jill became the stepmother to Joe’s sons Beau and Hunter and they had their daughter, Ashley, together.

Both families include stepchildren, reflecting the changing nature of the American family

While mixed families consisting of stepparents and stepchildren are commonplace in the US, which has a divorce rate of 40% to 50%, they haven’t been common in the White House until recently.

Prior to President Donald Trump, only one president had been ever been divorced and only seven US presidents have had stepchildren.

But as divorce and combining families grow more common, the changing nature of the American family might be reflected in the new first and second families.