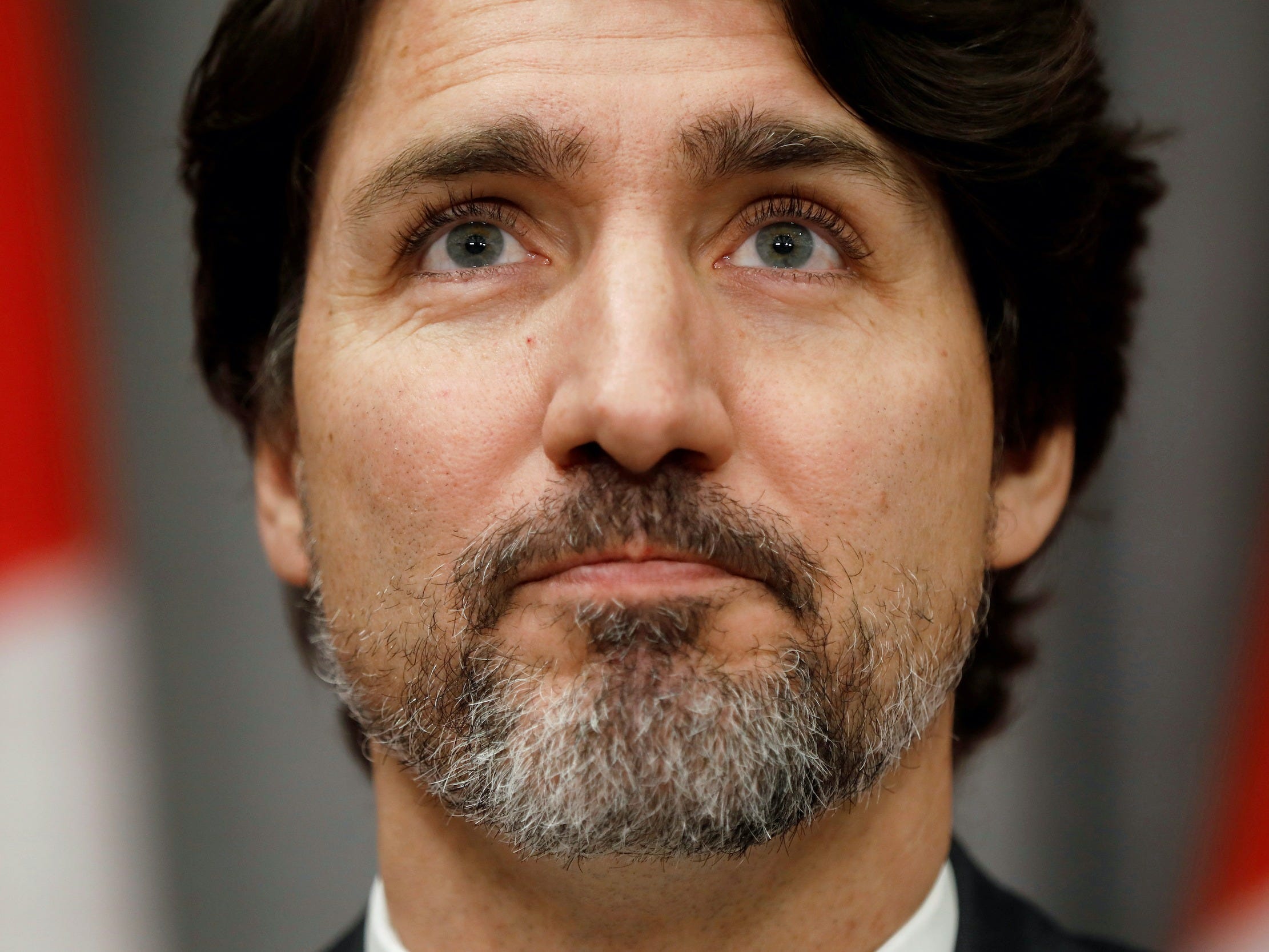 Justin Trudeau, the prime minister of Canada, was speechless when asked to respond to the use of force and tear gas against peaceful protesters outside the White House.

Law enforcement in Washington, DC, deployed tear gas and rubber bullets to disperse the group, which was protesting the killing of George Floyd in Minneapolis, before President Donald Trump walked through the site of the protest to take a photo in front of a nearby church. 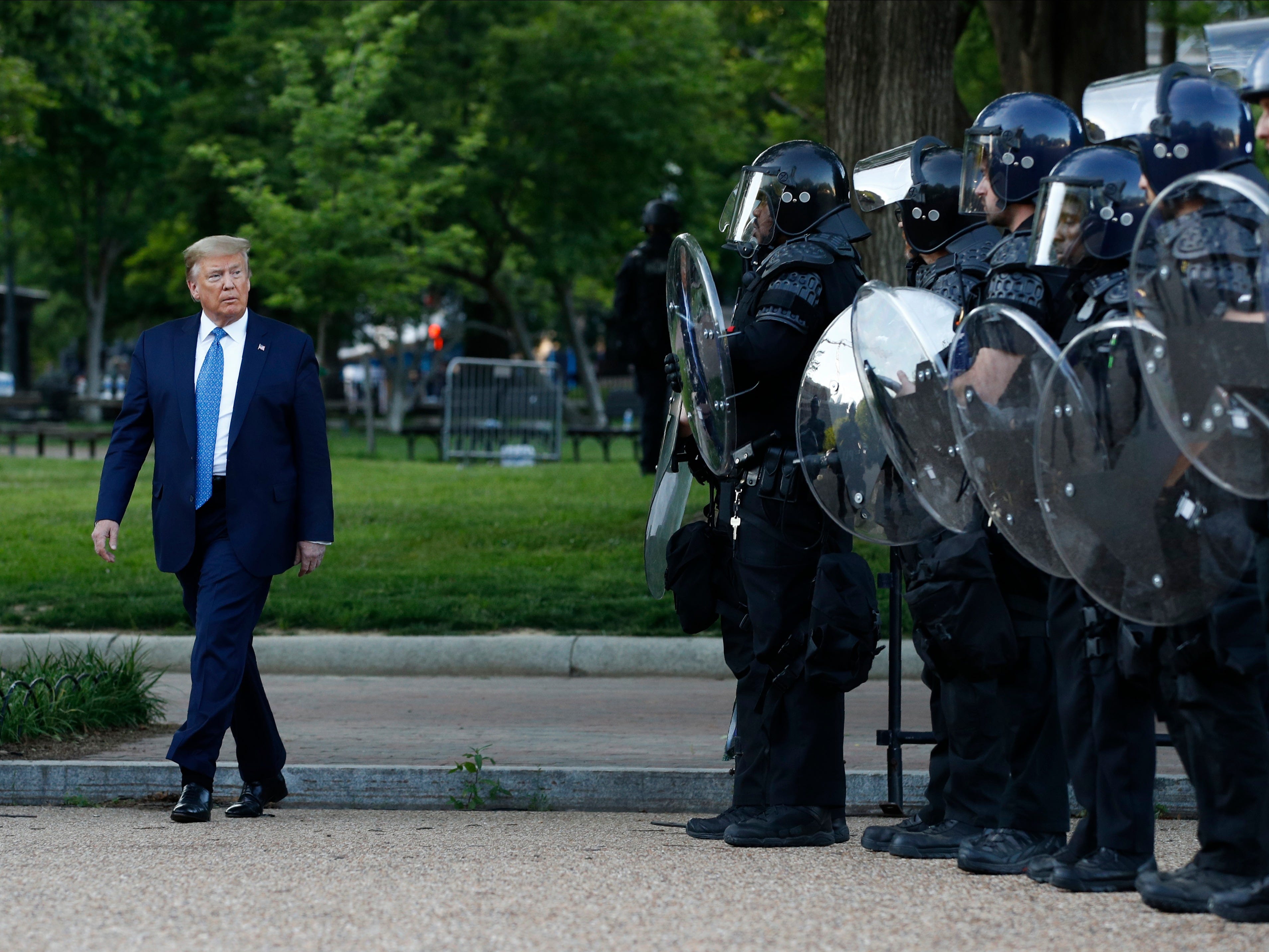 Associated PressPresident Donald Trump walks past police in Lafayette Park after visiting outside St. John’s Church across from the White House Monday, June 1, 2020, in Washington. Part of the church was set on fire during protests on Sunday night.

“We saw protesters teargassed yesterday to make way for a presidential photo op. I’d like to ask you what you think about that, and, if you don’t want to comment, what message do you think you’re sending?” a reporter asked Trudeau.

Trudeau paused for over 20 seconds before responding.

“We all watch in horror and consternation what’s going on in the United States,” Trudeau said.

The violence against peaceful protesters in Washington came mere minutes before Trump walked through the site to take a photo at St. John’s Church. A reporter assigned to follow the president, referred to as a “pooler,” said tear gas was still lingering as the entourage walked through. “Remnants of gas has your pooler and other[s] coughing and choking,” the reporter, Kadia Goba of BuzzFeed News, wrote.

“There was no warning,” Jackson Proskow, the Washington bureau chief for the Canadian outlet Global News, said about the use of violence and tear gas toward the protesters. “The crowd was entirely peaceful,” he posted on Twitter.

Trump’s photo op drew criticism from religious leaders and politicians, including Republicans. GOP Sen. Ben Sasse of Nebraska said he is “against clearing out a peaceful protest for a photo op that treats the Word of God as a political prop.”

The use of force in the US capital comes after police have escalated protests across the US, sometimes turning violent toward unarmed and peaceful protesters. Police in New York rammed cars into a group of protesters and law-enforcement officers around the country have shot nonlethal bullets, pepper spray, and tear gas at protesters, bystanders, and journalists. A police officer was seen in Salt Lake City shoving an elderly person with a cane to the ground.

Protests have erupted across America and in some other nations around the world over the killing of Floyd, who died after a police officer in Minneapolis pressed his knee on Floyd’s neck for over eight minutes.