Jordan Strauss/Invision/APJustin Timberlake and Jessica Biel have known each other for over a decade.

Justin Timberlake and Jessica Biel have been married for years and they still post adorable videos and heartfelt Instagram posts today.

Here’s a timeline of the pair’s relationship, from when they first met to now, with every breakup and milestone in between.

Possibly early 2007: The two first met at a birthday party that Timberlake was throwing. Alex Berliner/Invision for the Television Academy/APThe pair met at a birthday party.

In a 2019 GQ interview, Biel said the two “technically met” and first spoke when she attended a birthday party Timberlake was throwing for one of his friends.

Timberlake later asked his friend to ask Biel if he could call her, and when they finally spoke on the phone, he invited the actress on a date.

“I had to be pretty persistent in order to get her to say yes,” Timberlake later said at a press conference with the Hollywood Foreign Press, according to Us Weekly. “But I have a fair amount of tenacity and if I want something I stick to it. And in the end, she agreed.”

Although it’s unclear what exactly the couple did on their first date, People magazine later labelled them “special friends” after Jessica was spotted backstage at Justin’s concert and the two were seen snowboarding at the Sundance Film Festival.

Apparently, the two “never really kissed for a very long time,” according to Biel, since Timberlake went on tour shortly after they met. Jackson Lee/Star Max Archive/ApImagesPaparazzi shared many photos of the couple.

In May 2007, when Biel flew out to join Timberlake on the UK leg of his tour, the Daily Mail shared photos of the couple kissing.

In an interview with Parade, Biel revealed that having paparazzi following her and Timberlake was “difficult and sort of bizarre to deal with.”

September 2007: Timberlake spoke about his relationship with Biel. Matthew Stockman/GettyJustin Timberlake discussed his relationship with Jessica Biel in 2007.

According to People magazine, Timberlake went on “Oprah” and said he was dating someone who “smells lovely.” He also admitted that he gets “pretty romantic around her.” 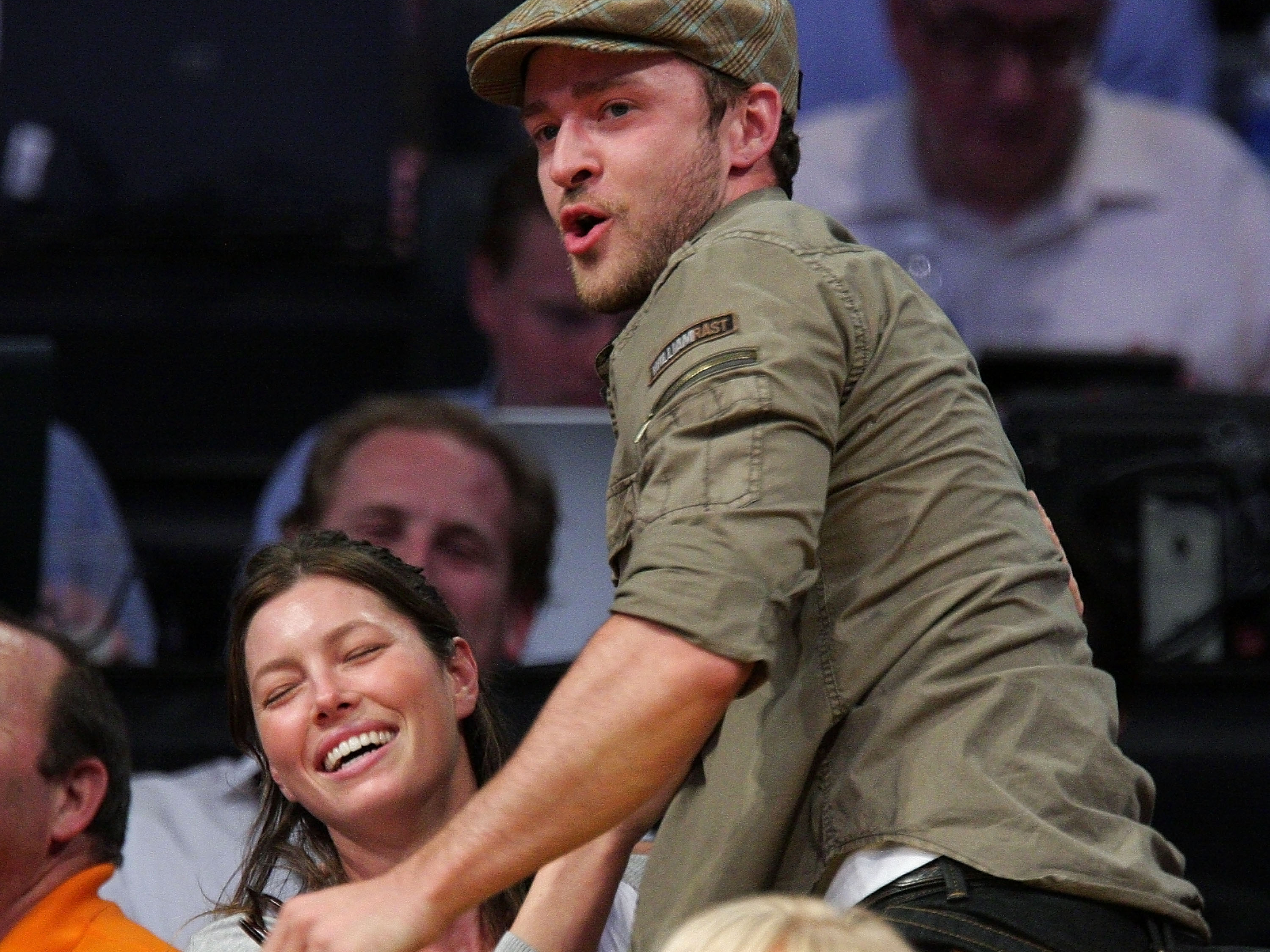 Noel Vasquez/GettyJustin Timberlake said he did it for the camera.

At a Lakers game, Timberlake jokingly straddled his girlfriend in front of the crowd.

He explained the moment on “Jimmy Kimmel Live,” saying that the Kiss Cam had just caught an “award-winning” kiss between Dustin Hoffman and his wife. “And then it cut to us,” he continued. “I was not to be outdone, OK? So I mounted my girlfriend in front of 18,000 people.” John Shearer/GettyLynn Harless, Justin Timberlake’s mother, had nothing but good things to say.

While Biel declined to talk about her relationship with Vogue, calling it “the most precious thing that I have in my life,” Lynn Harless happily spoke about the girl dating her famous son at a William Rast fashion show.

“She’s amazing,” Lynn told People, adding that the two connected on humour and creativity. “She’s so down-to-earth and her family is great.” Astrid Stawiarz/GettyThe pair seemed to have an amicable breakup.

The stars’ reps released a statement to People magazine confirming the sad news, claiming that the breakup was mutual and that “the two remain friends and continue to hold the highest level of love and respect for each other.”

June 2011: Timberlake said Biel was the “most significant person” in his life. 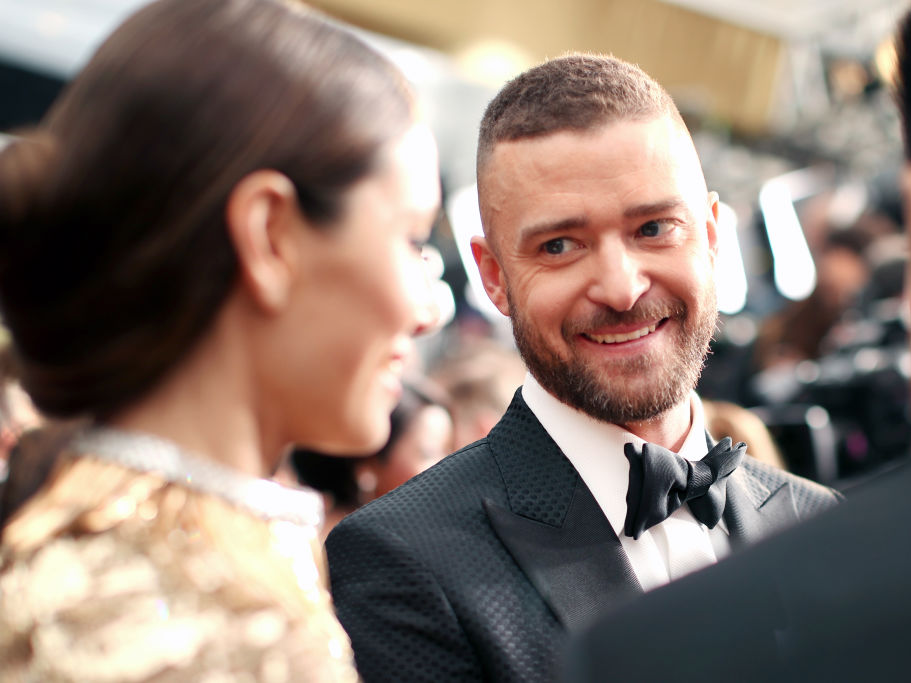 Christopher Polk/Getty ImagesIt seemed there were no hard feelings toward Jessica Biel.

Although the relationship was over, Timberlake had nothing but nice things to say about his ex to Vanity Fair.

“In my 30 years, she is the most special person, OK? I don’t want to say much more, because I have to protect things that are dear to me – for instance, her,” he said.

July 2011: The duo was spotted hanging out again. 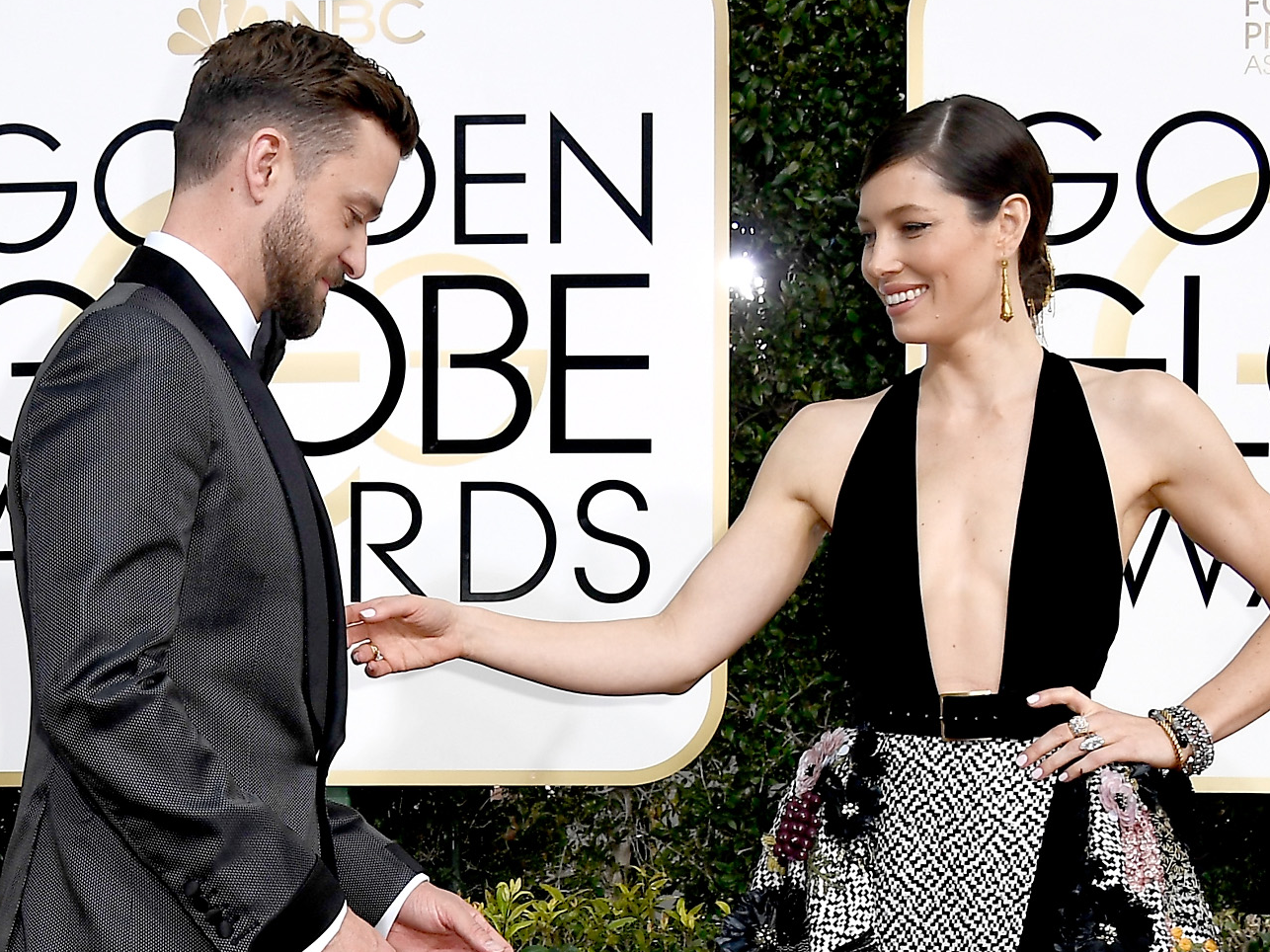 In July, Us Weekly released photos of the exes grabbing tacos together, and in August, E! Online reported that they went on a bike ride. Fans assumed the two had reconnected. 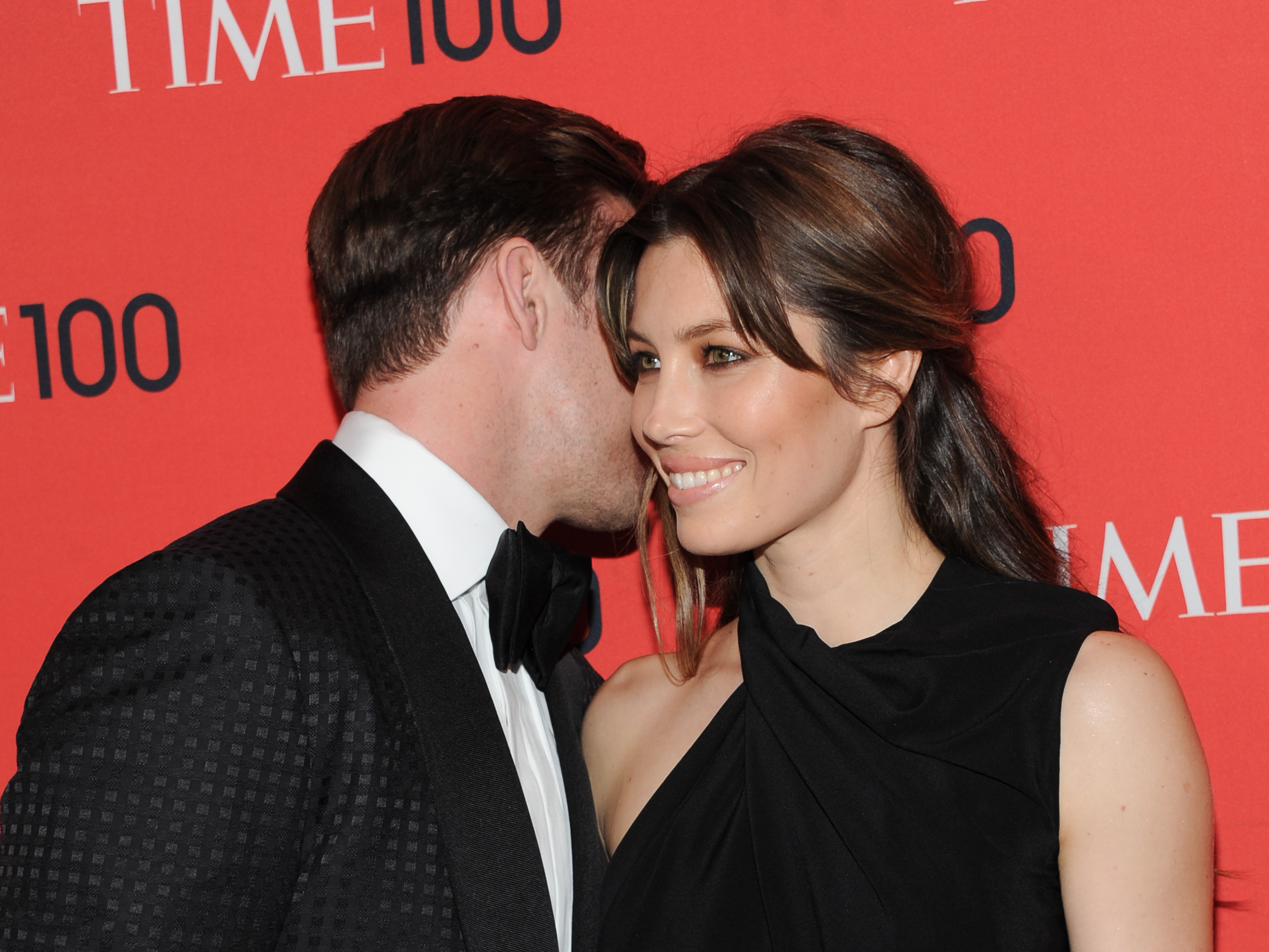 While taking in Montana’s breathtaking views, Timberlake proposed to Biel.

Per Popsugar, he told Amazon Music, “When I did propose, I was saying to her, I was like, ‘Oh look at the shadows on the mountains,’ and I had the ring on my pinkie.” 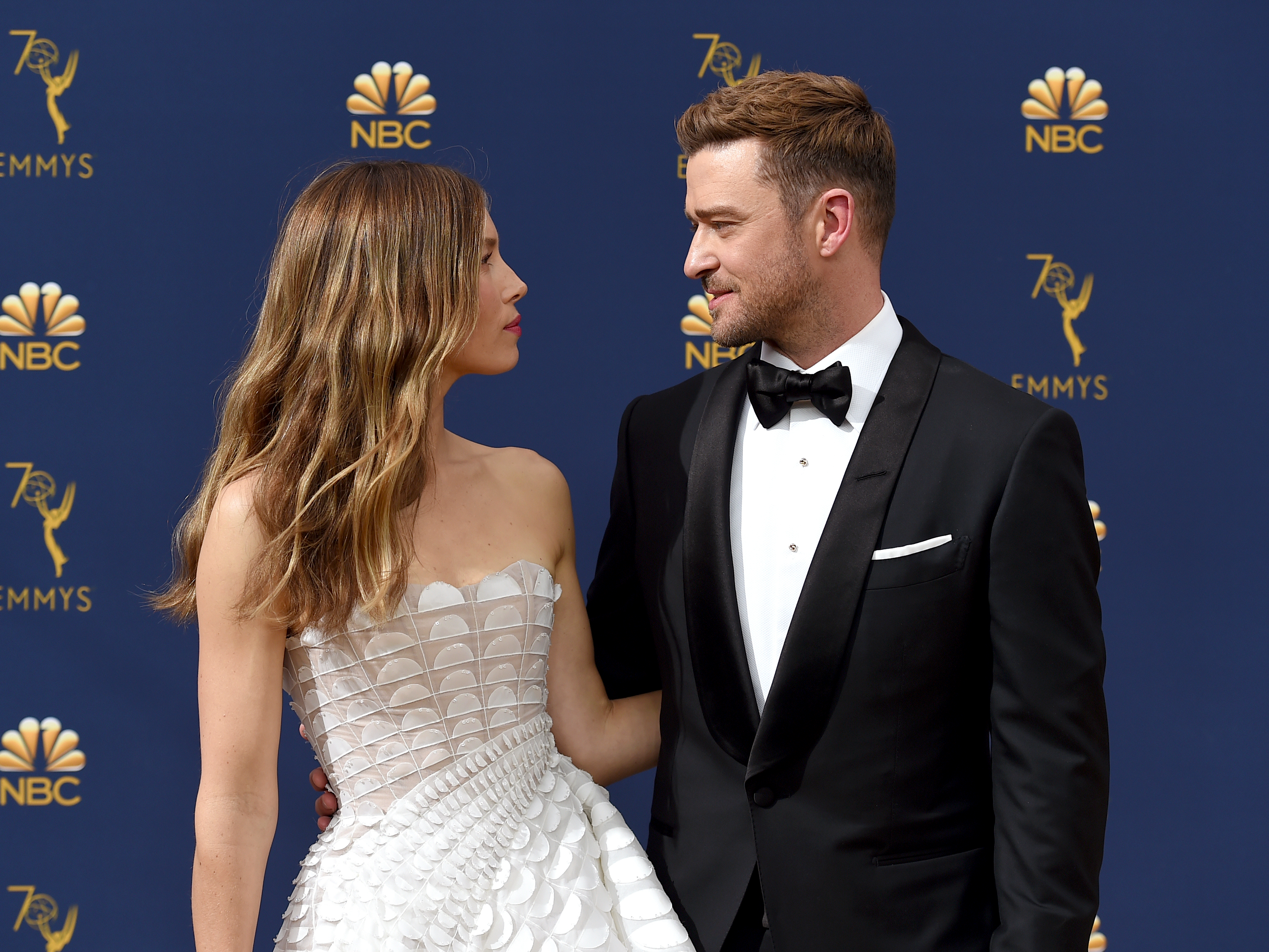 According to Brides magazine, the intimate wedding took place in the Italian countryside and Biel wore a pink dress. Timberlake sang as his bride came down the aisle.

“It was an original piece I wrote specifically for the evening and for her,” Timberlake told People magazine.

2015: Timberlake and Biel welcomed a son. 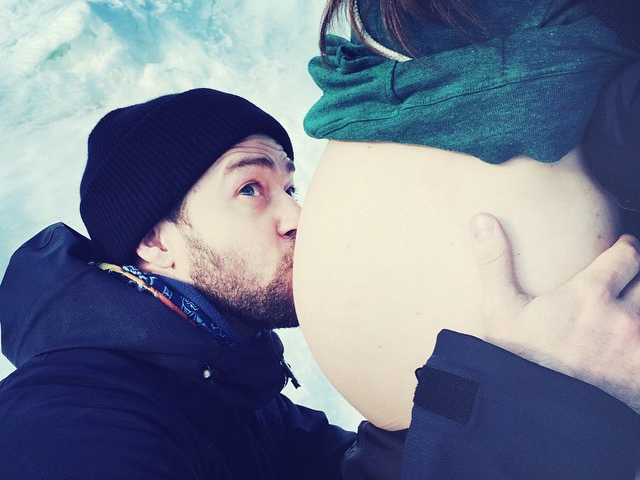 justintimberlake/InstagramJustin Timberlake shared a photo of Jessica Biel on Instagram.

A few years into their marriage, Justin posted an Instagram photo of Jessica’s baby bump.

He captioned the photo, “Thank you EVERYONE for the Bday wishes! This year, I’m getting the GREATEST GIFT EVER. CAN’T WAIT.#BoyOrGirl#YouNeverKnow#WeDontEvenKnow#WeAreTakingBets“

By April, they were parents to their first child, Silas Randall.

2016: The two shared some sweet moments. 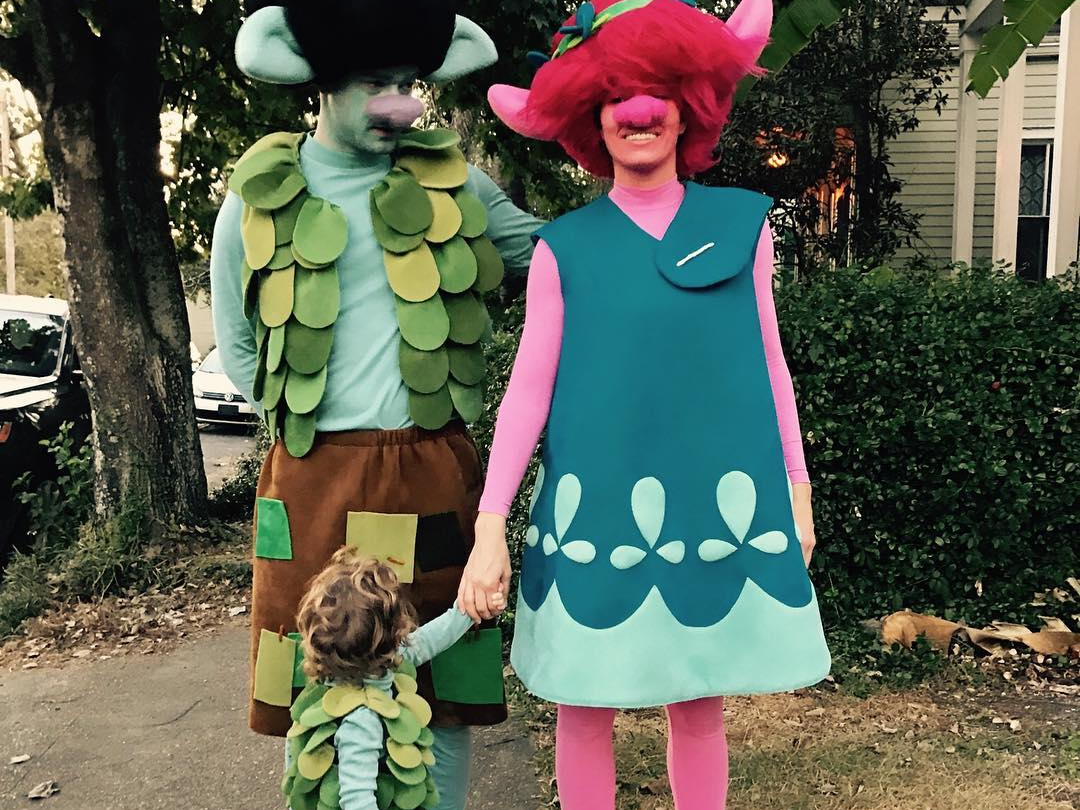 Things were no longer so hush-hush with the pair. They posted a photo of their family Halloween costume, for which they all dressed as trolls from Timberlake’s movie “Trolls.”

Biel captioned the photo, “Happy Halloween from Poppy, Branch and lil Branch. We be Trollin’…”

2017: Biel said that they continue to inspire each other. 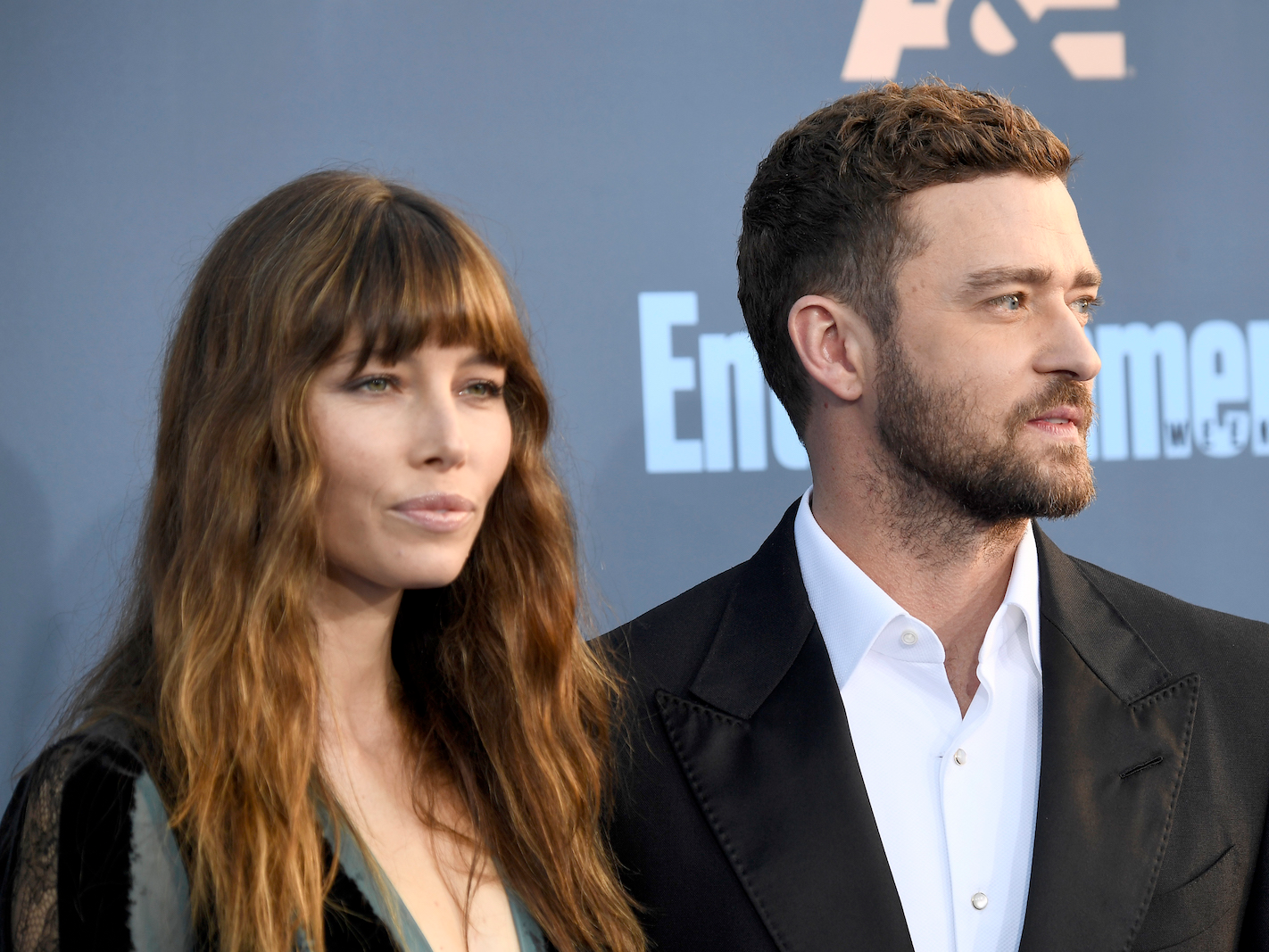 Getty/Frazer HarrisonJessica Biel and Justin Timberlake maintained that they had a strong bond.

Speaking to Entertainment Tonight, Biel said, “I think having a partner who is doing something that you’re excited about – like for me, his music and everything that he does – it’s just amazing to see somebody doing what they love, and I think it can be as simple as that.” 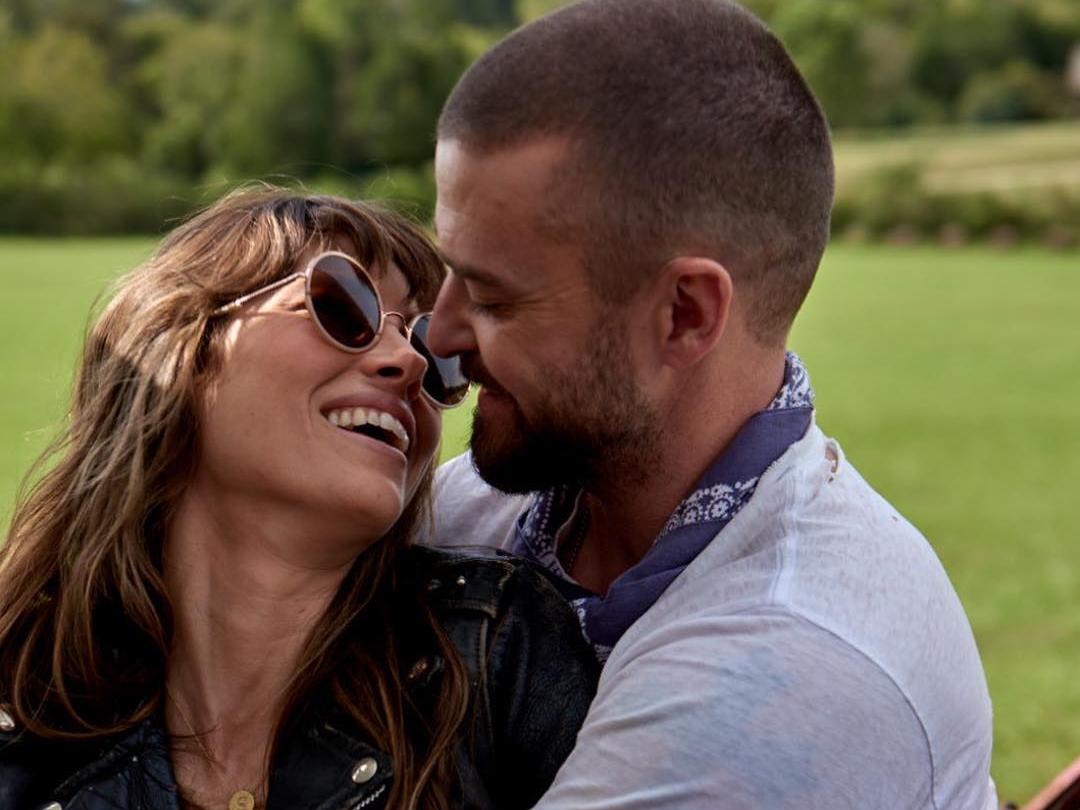 jessicabiel/InstagramJessica Biel had many sweet things to say about her husband.

In January 2018, Biel took to Instagram to share a photo of her and Timberlake for his birthday. She captioned the photo, “A picture says a thousand words. And thank goodness because there aren’t enough to express ALL the aspects of my love and respect for you.” “Here’s to a spectacular year ahead. I’m so proud of all you’ve accomplished and all that is ahead for you. plus you’re a super hot dad. A ninja dad. A kiddie teeth brushing, Jedi sleep mind tricking, intimidating dad voice disciplining SUPER HOT DAD. I love you, you hot dad. I’m here, right by your side, OG fan girl #1. Happy birthday, my beloved. Now go crush it this weekend at SB LII,” she wrote.

February 2018: The couple appeared together at the Emmys. In February 2018, Biel and Timberlake cozied up to each other on the Emmys red carpet. They even gave a secret signal to Silas.

October 2019: The couple dressed up in a hilarious costume together. Michael Kovac/Getty Images for CasamigosJessica Biel said she isn’t a fan of *NSYNC.

During an appearance on “The Tonight Show,” Biel admitted that she was “not a huge fan” of her husband’s former music group*NSYNC.

A few days later, for Halloween, she paid homage to Timberlake’s boy-band days by dressing up in one of his iconic ’90s looks for a party.

“This is what happens when you admit on TV that you don’t know any NSYNC songs and you’re married to @justintimberlake,” she wrote on Instagram at the time. “Well played, husband, well played.”

To compliment her costume, Timberlake dressed up as a microphone.

Late 2019: Timberlake was photographed holding hands with actress Alisha Wainwright during a night out. He later publicly apologised to Biel and said “nothing happened” between him and his costar. In November 2019, The Sun released photos of Timberlake holding hands with his “Palmer” costar Alisha Wainwright during a night out in New Orleans, Louisiana.

In December 2019, shortly after these photos went viral, Timberlake publicly apologised to Biel on Instagram, adding that “nothing happened” between him and Wainwright.

“I stay away from gossip as much as I can,” Timberlake wrote in an Instagram post. “But for my family I feel it is important to address recent rumours that are hurting the people I love.”

“I drank way too much that night and I regret my behaviour. I should have known better,” he continued. “This is not the example I want to set for my son. I apologise to my amazing wife and family for putting them through such an embarrassing situation, and I am focused on being the best husband and father I can be. This was not that.” 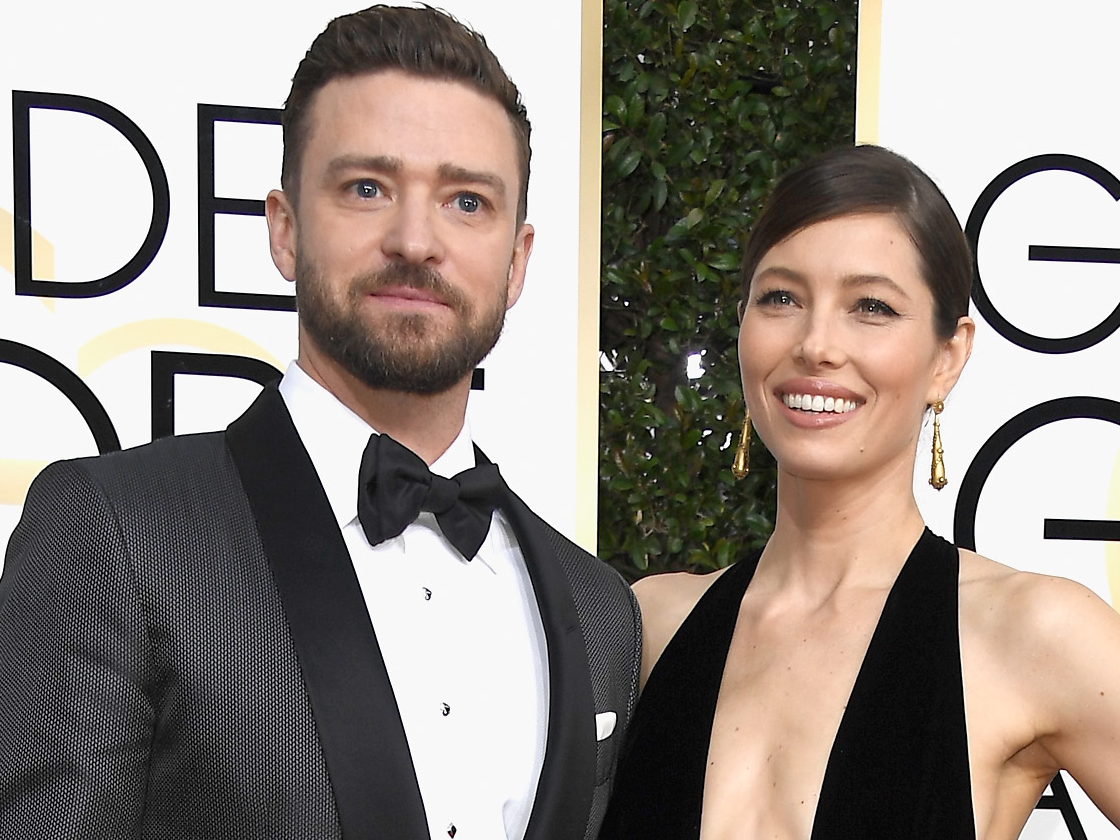 In an Instagram post, Biel shared that Timberlake threw her a pajama-party celebration for her 38th birthday.

“Celebrating my birthday in style… and by that I mean, in pajamas. I made Justin PROMISE not to sing Happy Birthday to me, so he improvised. Sorry you can’t hear it, but I’m still laughing. Thank you, you wonderful human, for really listening to me, and for throwing my kinda party. And thank YOU ALL for the birthday wishes. Feeling the love,” she wrote.

In his own Instagram post, Timberlake wished Biel a happy birthday, calling her the “LOVE of my life.”