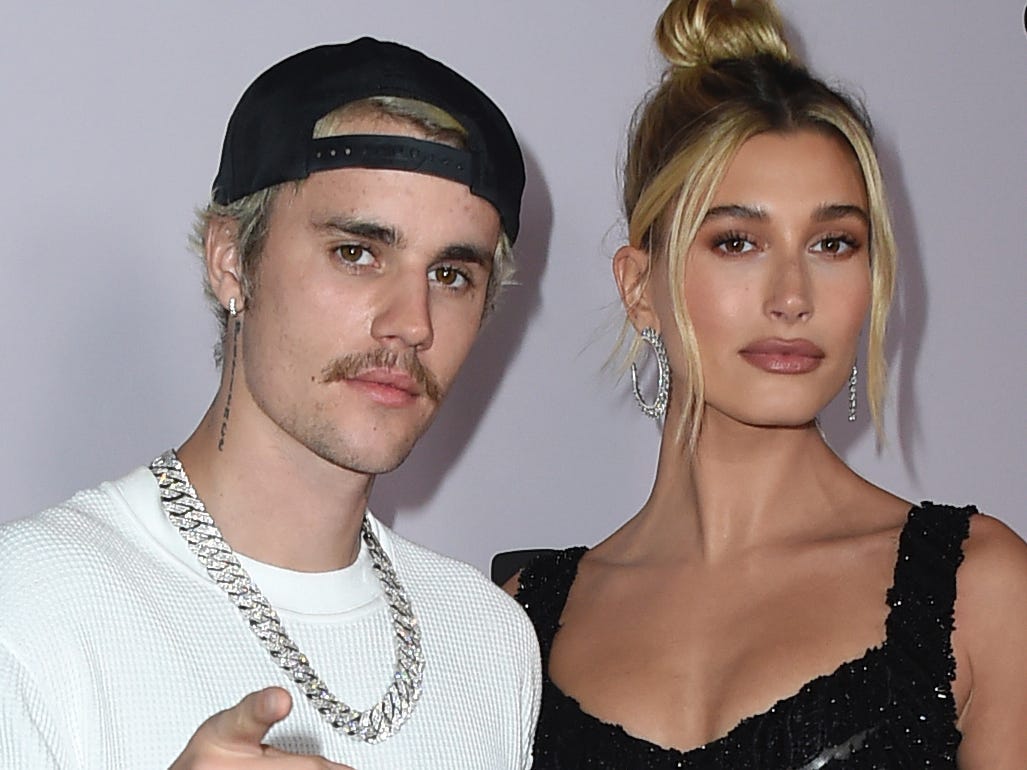 Justin Bieber and wife Hailey Bieber (nÃ©e Baldwin) criticised a fan on social media who encouraged others to “bombard” the couple with comments about Justin’s ex, Selena Gomez.

Justin shared a lengthy message to Instagram stories on Thursday night, as well as a video of the fan in question.

In the clip, the fan says, “Hailey Baldwin is gonna do a live, right? Where she’s talking about herself, 20 questions with Justin Bieber.”

“This is the time where they will not be turning off comments. So we need to f—ing bombard that s— with Jelena, and how Selena is better,” the fan continued.

“Go after her, please, let’s all go after her,” the fan concluded, referring to Hailey.

Justin Bieber and Hailey Bieber fire back at a girl asking people to bombard their Live with “Team Selena” comments:

“This sad excuse of a human just encouraged people on video to literally go after my wife, telling people to say that my previous relationship was better,” pic.twitter.com/gYgv0MmXEs

The couple didn’t take kindly to the fan’s impassioned message, with Justin calling the fan’s plea “not right.”

“This sad excuse of a human just encouraged people on video to literally go after my wife,” the singer wrote on his Instagram story.

“I just wanted to share this so that people get an idea of what we face on a day to day,” he said. “It is extremely hard to choose the high road when I see people like this try and rally to gather people to bully the person I love the most in this world.”

Justin concluded by asking his fans to pray for him and Hailey: “We need prayer and support as we continue to put ourselves out there!”

In a subsequent message, the “Yummy” singer said that he was able to overcome the troubling moment by thinking about the fan’s life “and how miserable she must be to want to spend her life trying to make others feel small.”

He followed it up with several photos of himself and Hailey embracing.

Hailey also spoke out about the fan on her own Instagram story. After reposting Justin’s first message, the model followed it up with one of her own.

“I usually stay quiet and don’t acknowledge these things because I need to protect myself and my mental,” she wrote. “But it has truly gotten to a level of anger and hate that is shockingly unhealthy and sad.”

Hailey added that she would “never in a million years” want someone to be treated in a similar manner, and said she “will never condone this kind of hateful behaviour.”

“I want only to support, uplift, and encourage other women in this industry and wish them nothing but love and success,” Hailey wrote. “And I wish for all of my followers and supports to do the same!!”

The model concluded her message by wishing the fan “love, peace, and happiness.” 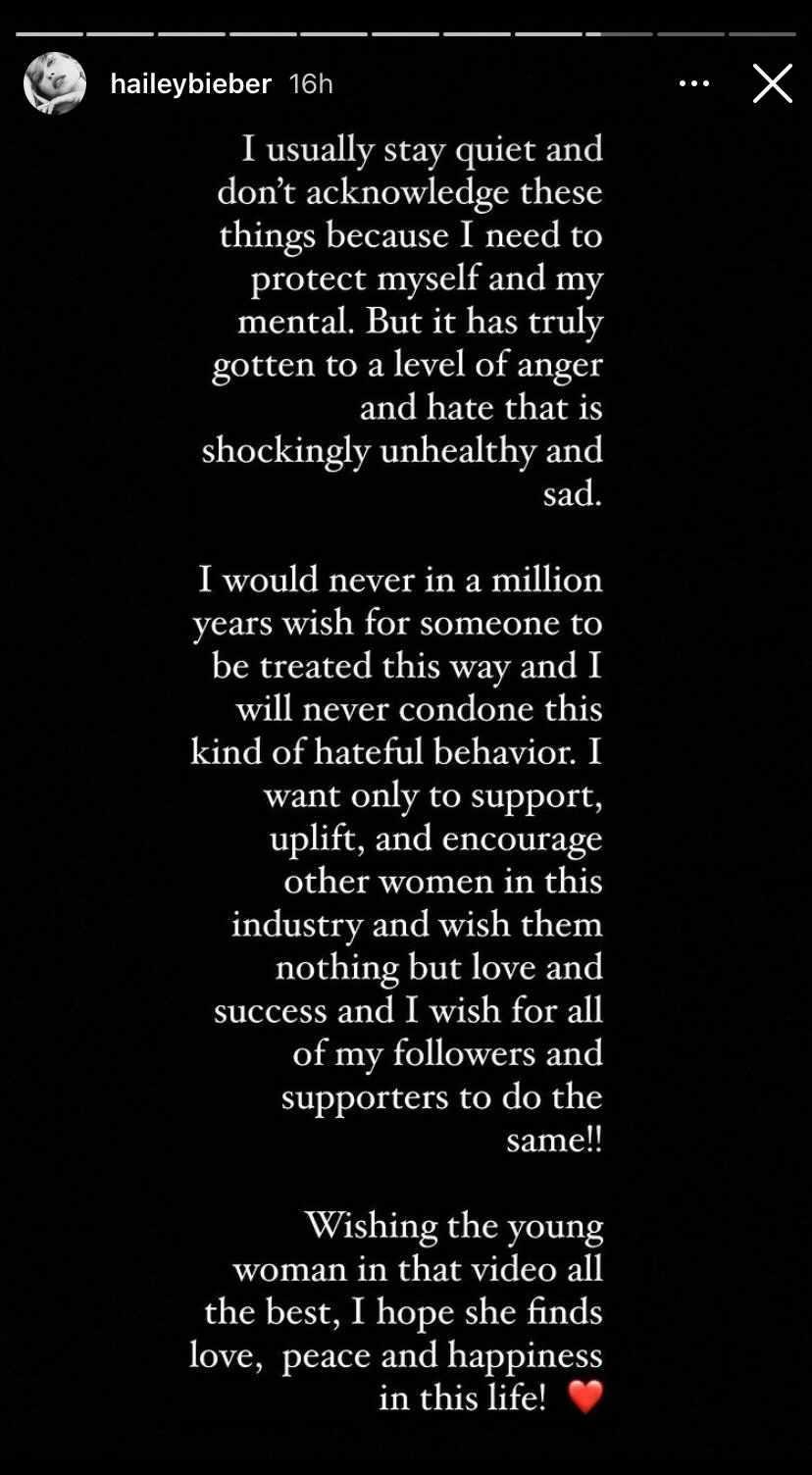 This isn’t the first time fans have brought up Justin’s past with Gomez in relation to his current marriage with Hailey.

In October, Hailey got a “J” tattoo on her ring finger in honour of Bieber.

Fans on social media, however, were quick to point out the similarities between the new “J” on Hailey’s ring finger and the “J” on the promise ring Justin gifted Gomez in 2012 that led to speculation over whether the couple was engaged.

Justin and Gomez began dating in 2010 and kept up an on-again, off-again relationship until 2018. Justin and Hailey reunited shortly after and got married later that year.