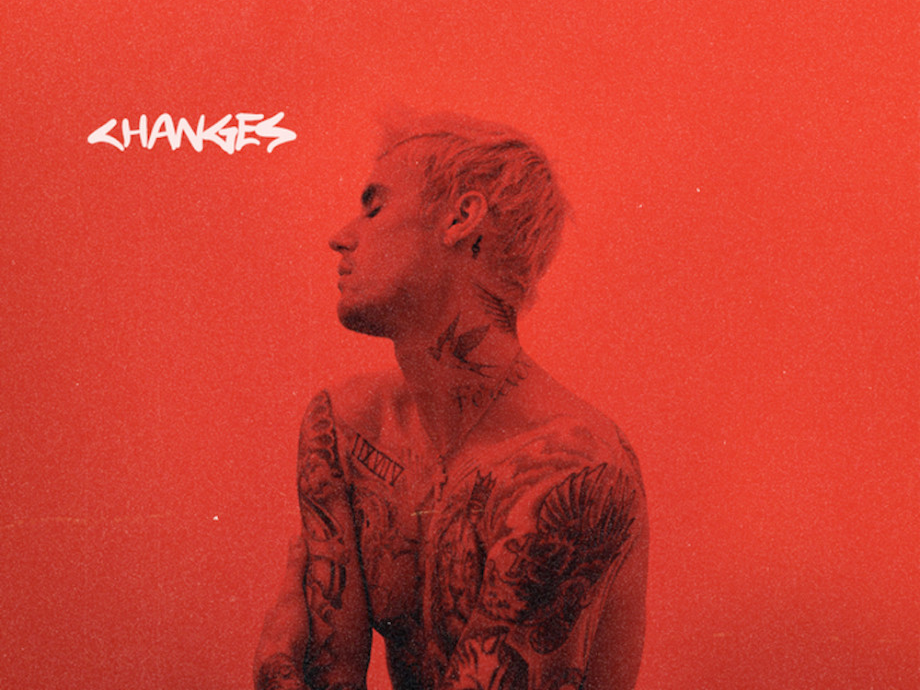 When I hear the word “Changes” in connection with music, my mind immediately begins chanting “Ch-ch-changes” from the David Bowie and Butterfly Boucher hit featured on the “Shrek 2” soundtrack. Justin Bieber‘s new album “Changes,” released Friday, is nowhere near as fun.

It’s been five years since Bieber’s opus “Purpose” was released, and if “Yummy” was any indication for how this new era would go, it looks like the only change he really made was that he got vastly more boring – and has yet to prove he can pull off another “Sorry”-level hit (which Insider named the 20th best song of the 2010s.)

Reporter Callie Ahlgrim and I (Courteney Larocca, associate editor) kicked off the morning by listening to “Changes” for the very first time, keeping track of every thought that popped into our heads throughout the listening experience.

While we agree Bieber’s vocals remain pristine, the album as a whole is boring with subpar lyrics.

Here is what Ahlgrim and I thought of each song on Bieber’s album upon first listen. (Skip to the end to see the only songs worth listening to and the album’s final score.)

Album opener “All Around Me” is underwhelming. 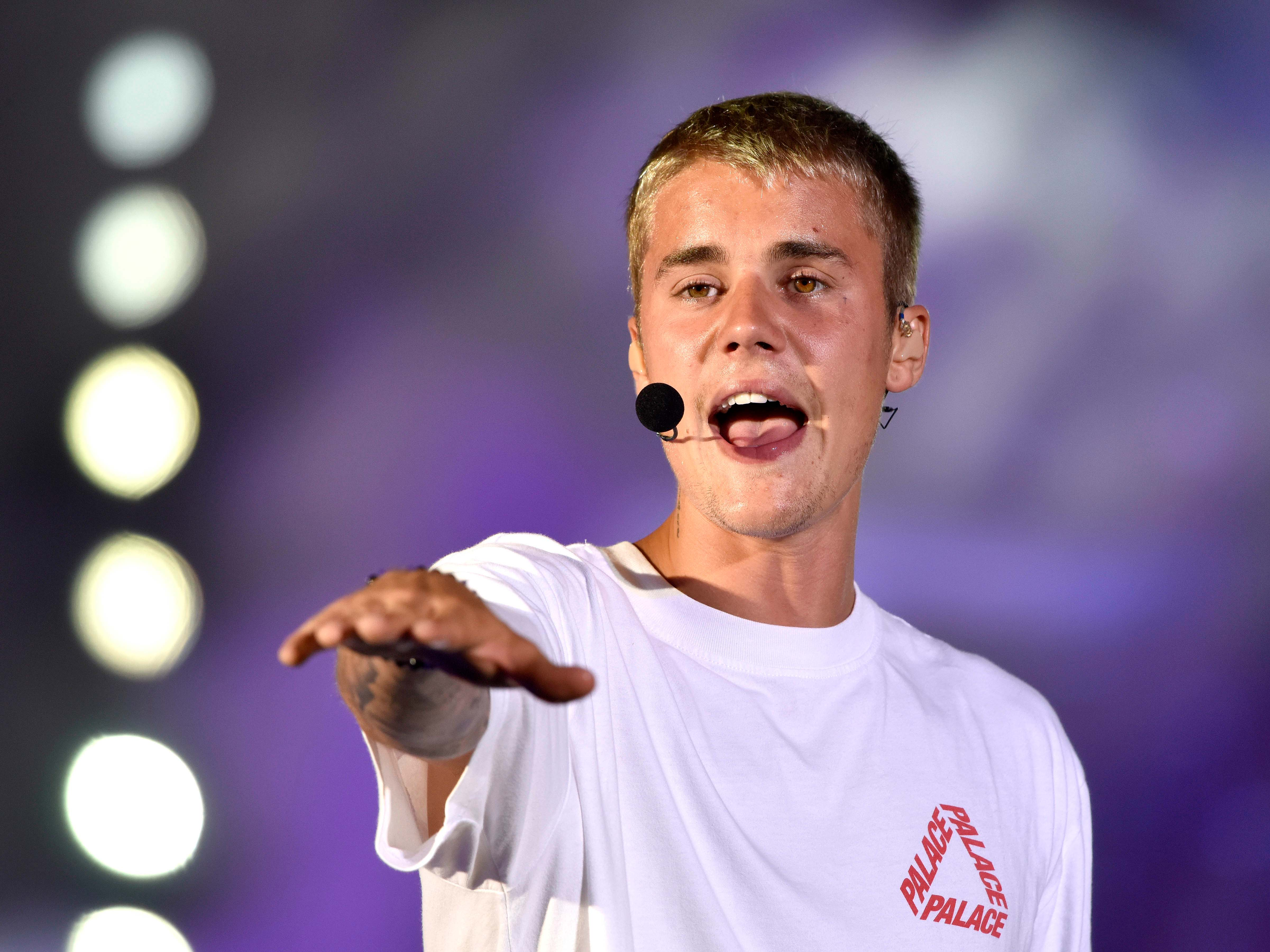 Pratik Chorge/Hindustan Times via Getty‘All Around Me’ is the first track on ‘Changes.’

Larocca: It’s fine, even kind of sweet. But there’s nothing groundbreaking or inventive about this song. It’s just a general love song about wanting Hailey Bieber (née Baldwin) to be “all around” him.

He did admit that he previously thought he could “never be loyal,” which makes me think about how Taylor Swift may have softly confirmed that Bieber cheated on Selena Gomez. (Justice for Gomez.)

It ends with a baby babbling, so it looks like he really wants a child with Hailey.

Ahlgrim: It doesn’t bode well that I’m already bored. I kept waiting for something interesting to happen. If you’re going to open your album with a warm slow jam, it needs to have some lyrical intrigue, some emotion to hold onto. This sounds profoundly phoned-in.

“Habitual” is easily the best track on the album. Jason Merritt/Getty Images‘Habitual’ is the second track on ‘Changes.’

Ahlgrim: Twenty seconds in and I already like this one more. It’s immediately reminiscent of the grainy, sparkly keyboard refrain in “Yummy,” but I’m not mad about some continuity – as long as the same effects and chords don’t get overused and make the album sound too monotonous.

This song is still more mellow than I expected, but the beat is clean and works extremely well with his honeyed vocals.

“Come Around Me” is pretty good. 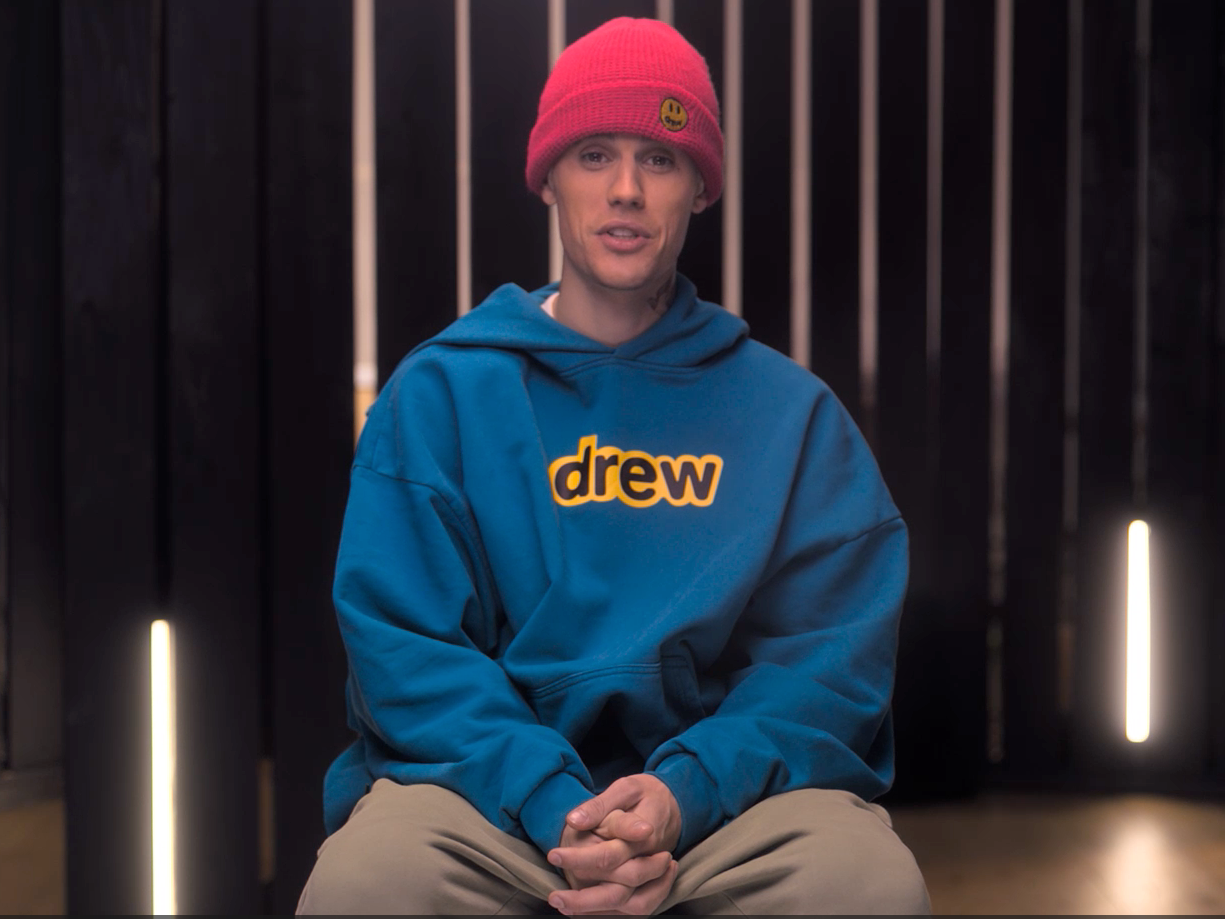 SB Films/OBB Pictures‘Come Around Me’ is the third track on ‘Changes.’

Larocca: A foot-tapper. Bieber has a nice voice, but he unfortunately doesn’t have that much to say.

Ahlgrim: I can vibe to this, even though the chorus is overly repetitive and “Let’s get it in expeditiously” is an atrocious lyric. The post-chorus falsetto is just working for me.

I also dig the bridge on this one because it offers something different, even if it’s just for a brief set of four lines. And the sort of spooky, high-pitched melody that runs through the song gives it a welcome edge. I’m also into the FaceTime sound in the outro, it makes the song cheeky and modern but not in a kitschy way.

Quavo doesn’t add much to “Intentions.” Justin Bieber/YouTube‘Intentions’ is the fourth track on ‘Changes.’

Larocca: I previously heard this one when he dropped his philanthropic music video, which was notably pretty heartwarming. As far as a listening experience though, it’s just a filler track (on what is quickly becoming an album full of filler tracks.)

Ahlgrim: Again, I like the beat and Bieber’s flow, but the lyrics are weak on this one. “Shout out to your mum and dad for making you / Standing ovation, they did a great job raising you” literally couldn’t be a lazier refrain. You can’t rhyme “you” with “you,” especially in a song with minimal production!

This seems to be a running theme: The album’s spare production would suggest the presence of compelling lyrics to focus on instead, but they’re nowhere to be found. Also, Quavo is seemingly incapable of doing anything fresh or interesting when he features on a song.

It makes sense that “Yummy” was the lead single since it is the only radio-friendly song on the entire album. 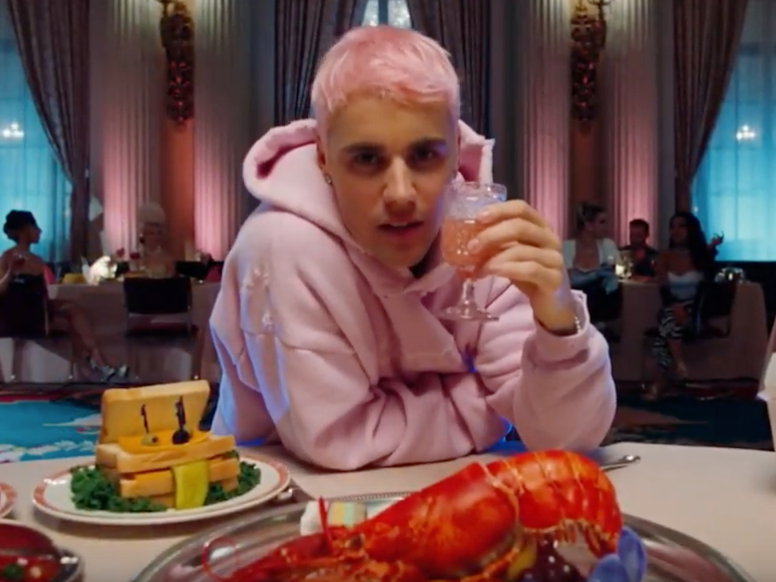 Justin Bieber/YouTube‘Yummy’ is the fifth track on ‘Changes.’

Larocca: Again, this isn’t a “first listen” since I was unfortunately incredibly aware of Bieber’s push to make this lead single debut at No. 1 (it didn’t). When I actually listened for the first time, I hated it – and I still do. The fact that there needed to be five songwriters to come up with “you got that yummy, yum” is, frankly, a massive embarrassment. This song is the reason pop music doesn’t get taken seriously.

Ahlgrim: I actually quite like the verses on this song, but the repetition of the word “yummy” just ruins it. It’s cringey! The chorus is terrible. However, I am starting to understand why he released this as a lead single. It’s the most upbeat, radio-friendly song on the album so far, and it’s not very upbeat or radio-friendly.

“Available” doesn’t stand out at all. 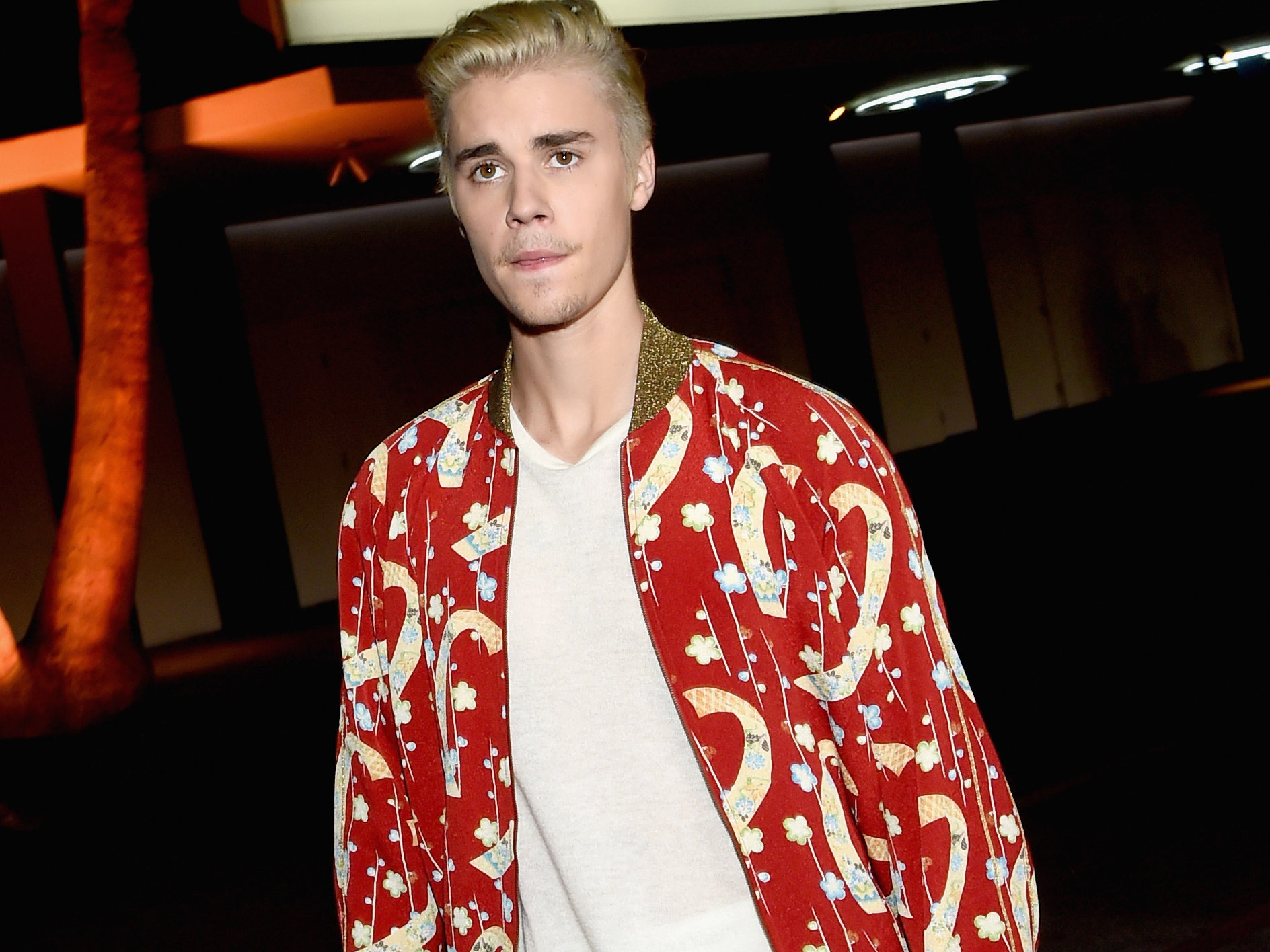 Larry Busacca/Getty Images for SAINT LAURENT‘Available’ is the sixth track on ‘Changes.’

Larocca: After “Yummy” I needed the following track to be good enough to wash the bad taste out of my mouth. This isn’t it. I had to resist the urge to press skip halfway through.

Ahlgrim: This literally sounds like every other song on the album so far. Like, I can bob my head to it, but where’s the intrigue? 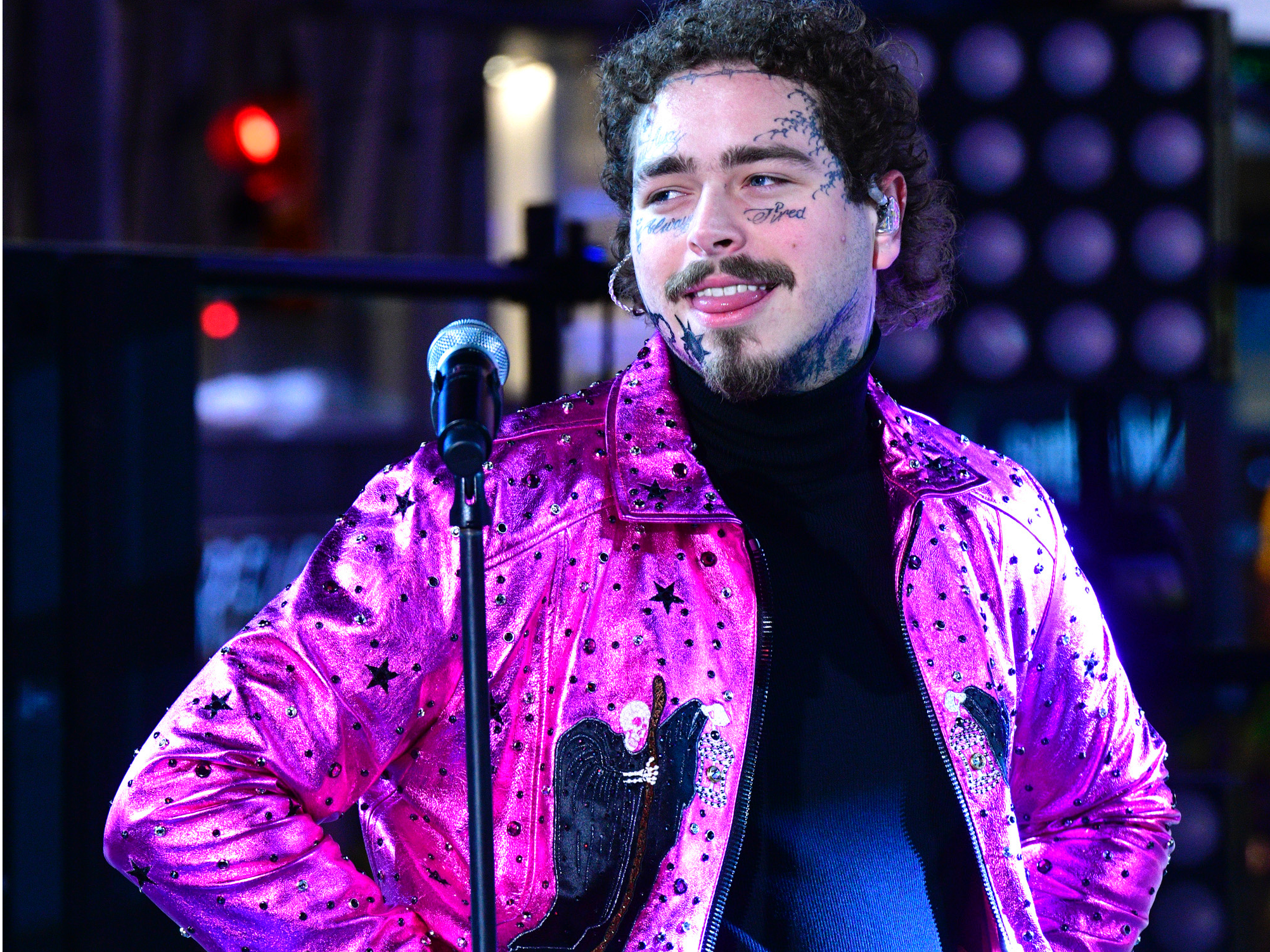 Eugene Gologursky/Getty Images‘Forever’ is the seventh track on ‘Changes’ and features Post Malone and Clever.

Larocca: I got to the end of this song without writing anything down. I was expecting more from this Post Malone collab, but I’m not even halfway through this album and I already want to stop listening.

Ahlgrim: There’s nothing new about this song, but I do think Bieber, Post, and Clever sound really good together. Their voices mesh well.

“Running Over” is by far the worst song on the album. 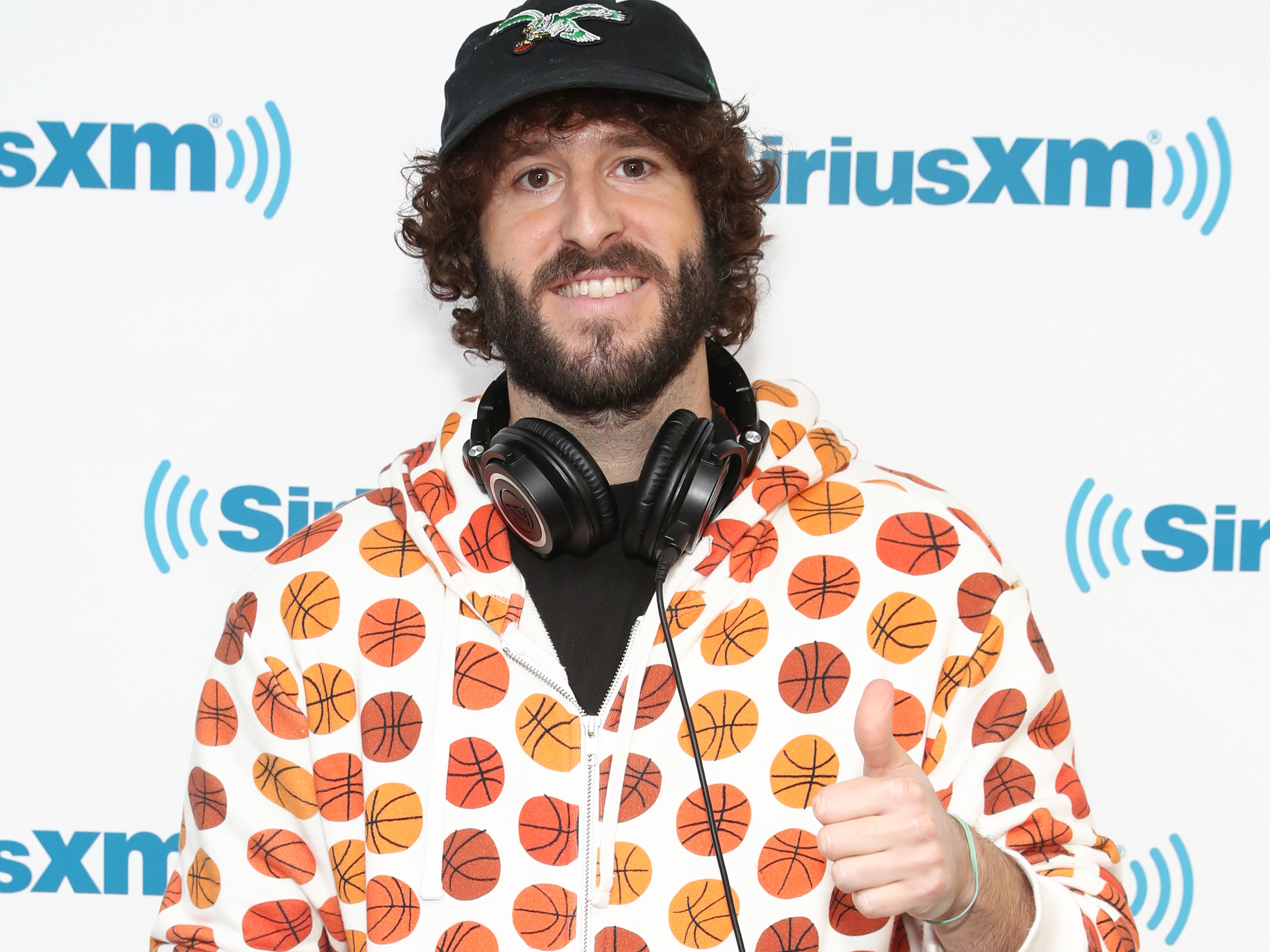 Cindy Ord/Getty ImagesLil Dicky has a verse on ‘Running Over.’

Larocca: So far, my impression has been that Bieber doesn’t have much to say. I now wish it stayed that way, or, at the very least, he didn’t let Lil Dicky take over the narrative.

“I got all up on your IG, and was scrollin’ down for hours / I got back to 2015 and you started lookin’ young so I stopped (Ooh) / Post intercourse when you walk by (Arse, arse, arse) / More buns than a Shop Rite” might be the cringiest set of lyrics I have ever heard.

“Take It Out on Me” is forgettable. 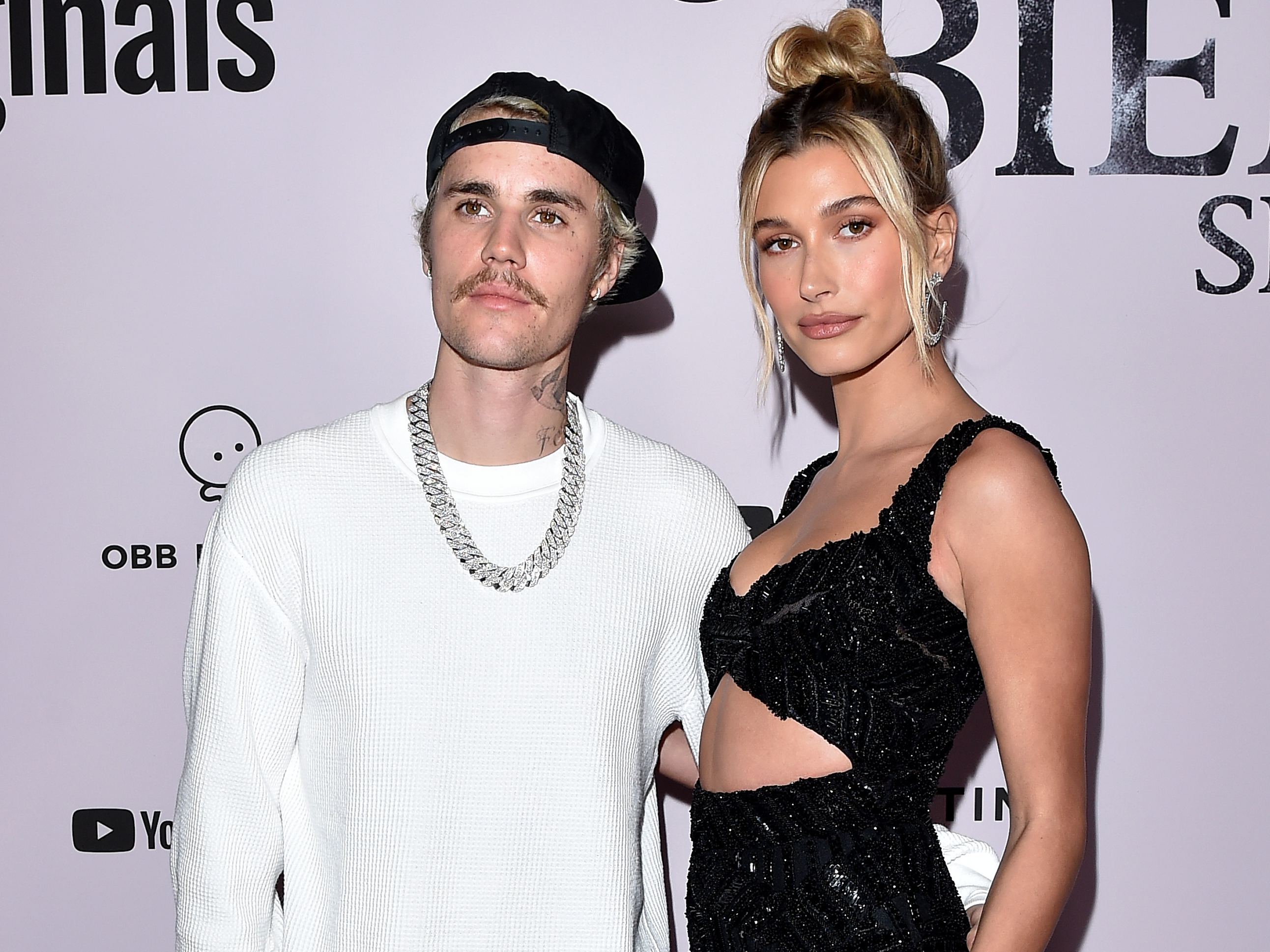 Axelle/Bauer-Griffin / Getty Images‘Take It Out on Me’ is the ninth track on ‘Changes.’

Larocca: Bieber must’ve known everyone would want to yell at him after the Lil Dicky song, so I’ll admit putting a song inviting you to take out your frustrations on him was a clever move. Too bad the song itself sucks.

Ahlgrim: I had to keep re-starting this because I was zoning out, forgetting I was supposed to be paying attention, and then the song would end and I couldn’t remember what it sounded like.

The best part about “Second Emotion” is the addition of Travis Scott. Larocca: I’m not a huge fan of this song’s pacing. The production of each track is starting to blur together in my mind.

Ahlgrim: This is my favourite so far because I just love Travis Scott. On the other hand, this made me want to stop listening to “Changes” and start listening to “Astroworld” instead.

Kehlani’s vocals on “Get Me” give listeners a much-needed break. 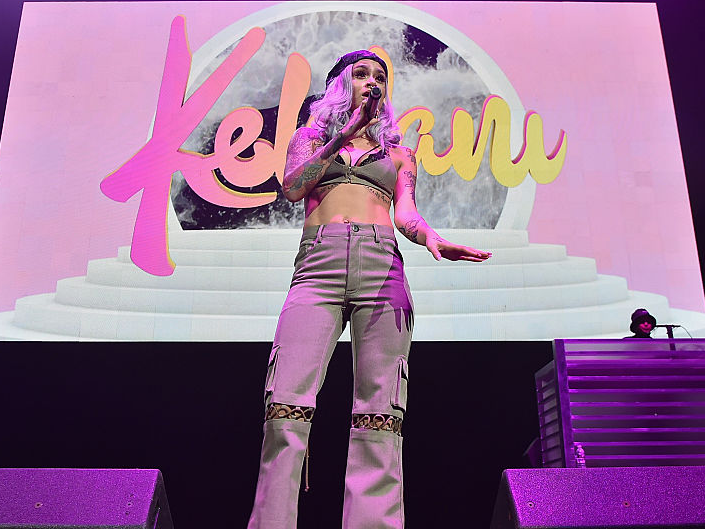 Larocca: I’ve heard this one. At the time I evaluated it in a group chat, and wrote it was on “the same level [as ‘Yummy’]” and I hated it.

I don’t entirely stand by that initial evaluation now, because Kehlani’s vocals are a welcome addition to the overall album listening experience.

Ahlgrim: I love Kehlani and her voice is always a welcome addition to any album. It’s especially welcome here, because it makes for a nice break from the monotony. So far, the album is blending together in a way that goes way past cohesive and into the territory of repetitive and dull.

“E.T.A.” makes us both think of other artists. That’s not a good thing. 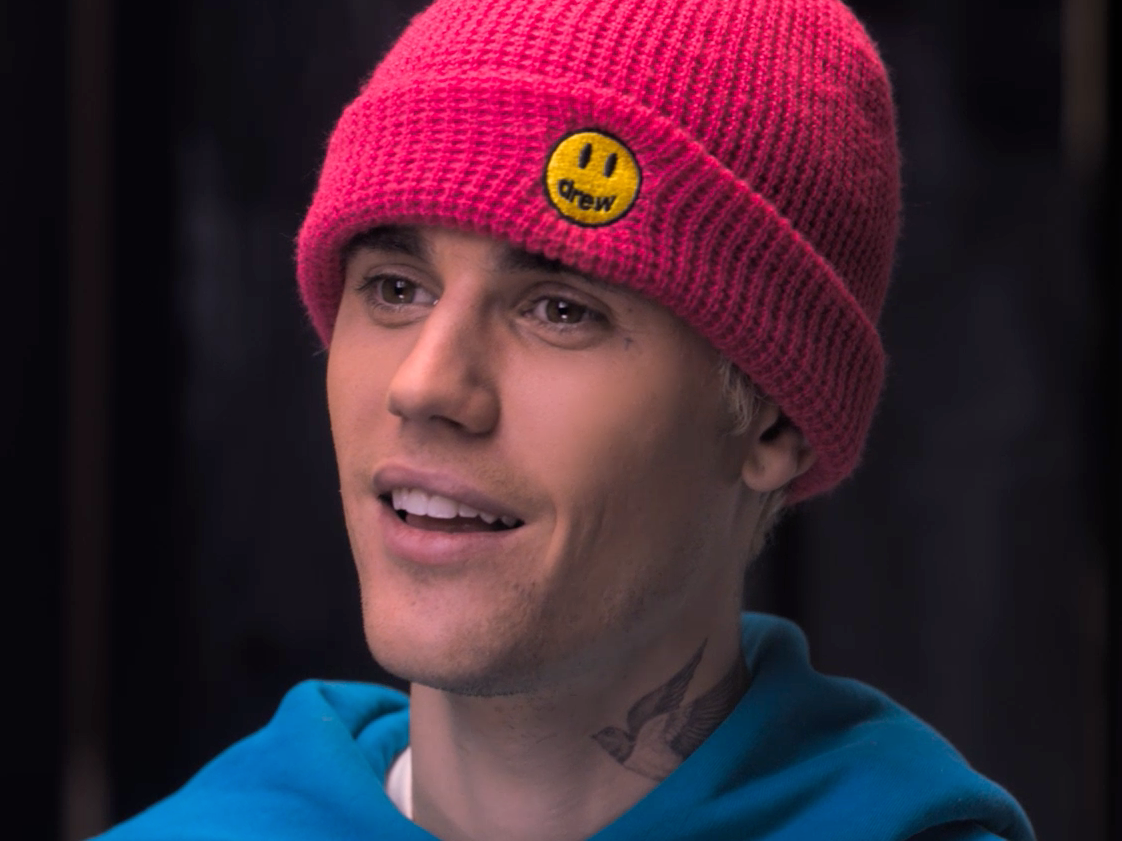 Ahlgrim: This one is even slower and more boring than the other songs. Lyrically, it’s a watered-down, less inventive version of Khalid’s “Location.”

“Changes” doesn’t do anything to change our minds about this album. 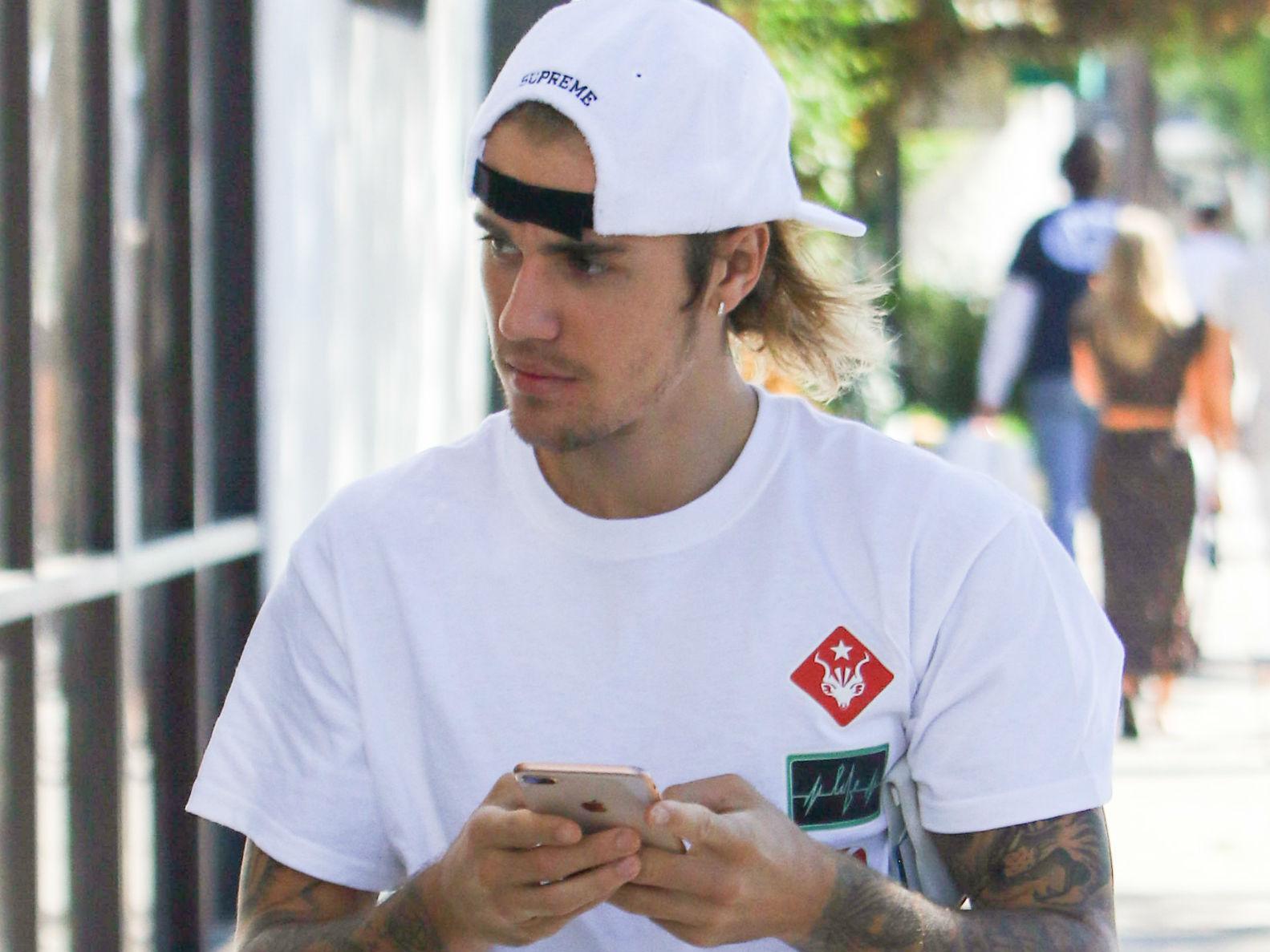 Larocca: At the end of this song, Bieber deadpans, “People change, circumstances change, but God always remains the same.”

For an album centered around the idea that everything changes, I really do wish he would have changed up the production, concepts, and lyrics a bit more.

Ahlgrim: The title track for an album called “Changes” is, presumably, supposed to be this profound, emotional statement of purpose. But there’s no lyrical meat. It doesn’t feel like Bieber has anything actually interesting to say. The spoken word outro is so cliché that it literally made me grimace.

“Confirmation” is a song. 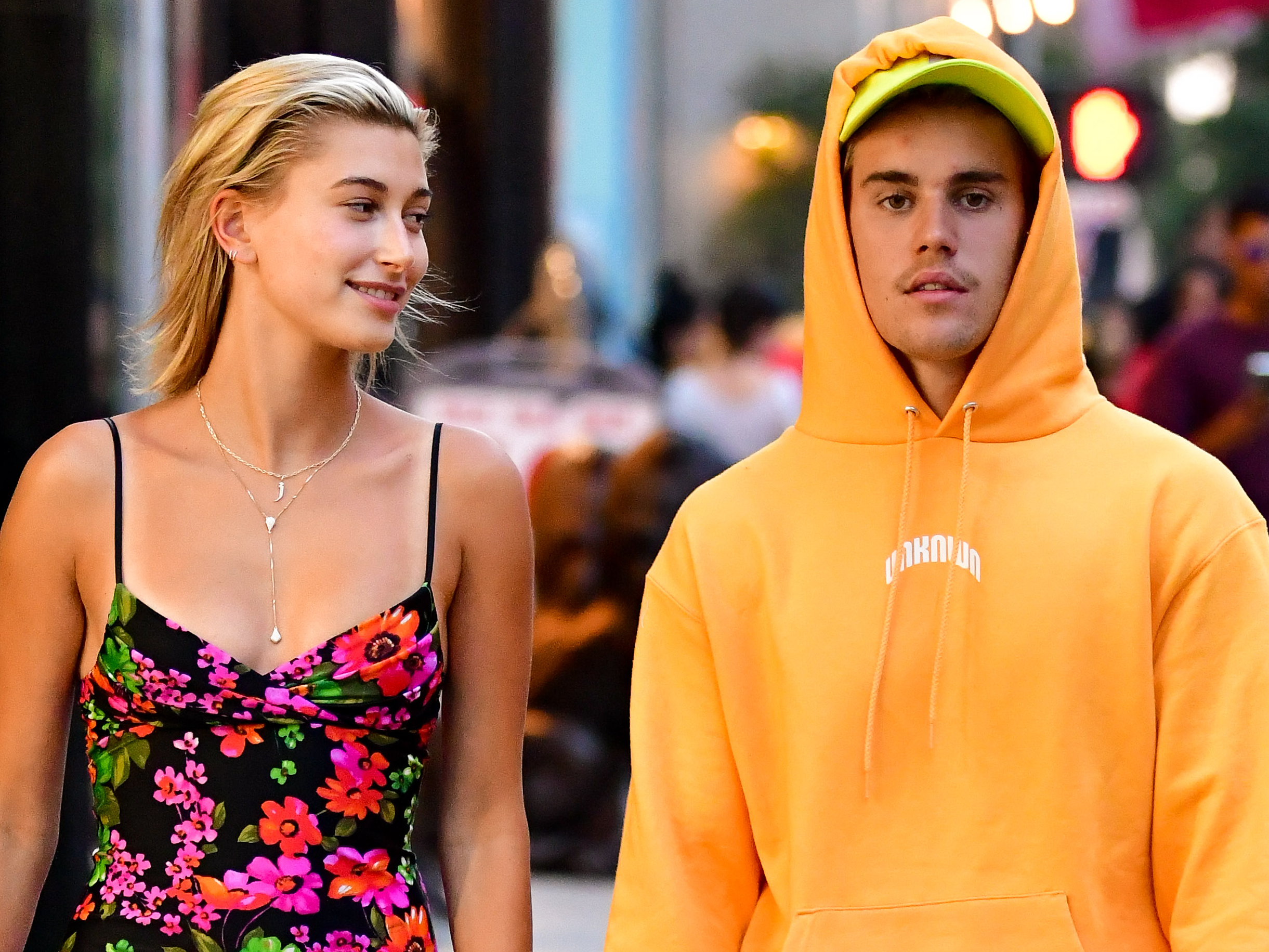 Ahlgrim: I’m fully zoning out at this point. I am 0% invested in this album.

“That’s What Love Is” finally offers some variety on the album, but it isn’t enough. Ricky Vigil/GC Images‘That’s What Love Is’ is the 15th track on ‘Changes.’

Larocca: Finally! A song that sounds somewhat different from every other one on the album! But bringing in some acoustic instruments right at the end isn’t enough to save it.

Ahlgrim: This doesn’t sound like a full song, it sounds like an acoustic cover. I like that it’s spotlighting his voice in a different way, though. The album isn’t good, but to be fair, Bieber remains one of our generation’s most impressive vocalists.

“At Least for Now” doesn’t bring anything new to the table. 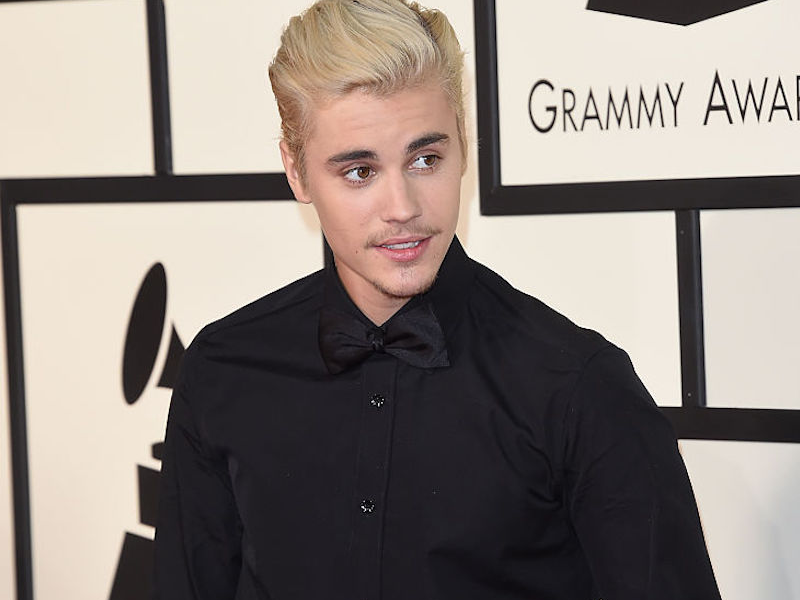 Jason Merrit/ Getty Images‘At Least for Now’ is the 16th track on ‘Changes.’

Larocca: When Bieber started singing, I did think, “Oh, I think I’ll like this one” and I kinda did. Again, it’s nothing super new, but it’s sweet and warm.

Ahlgrim: My main takeaway is that if you’re going to make a willowy R&B record – especially after the maximalist indulgences of “Purpose,” which worked incredibly well for Bieber’s style – then you need it to be engaging lyrically.

Even if you’re not a master wordsmith, you at least need to sound earnest. But I didn’t feel drawn in by Bieber’s wife-guy schtick. I certainly didn’t feel like he believed what he was singing, so why should I? And by the end, I couldn’t really care to notice when one song ended and another began. I literally just finished and I can’t remember what “At Least for Now” even sounds like.

Summer Walker’s verse isn’t enough to make listening to the “Yummy” remix worth it. 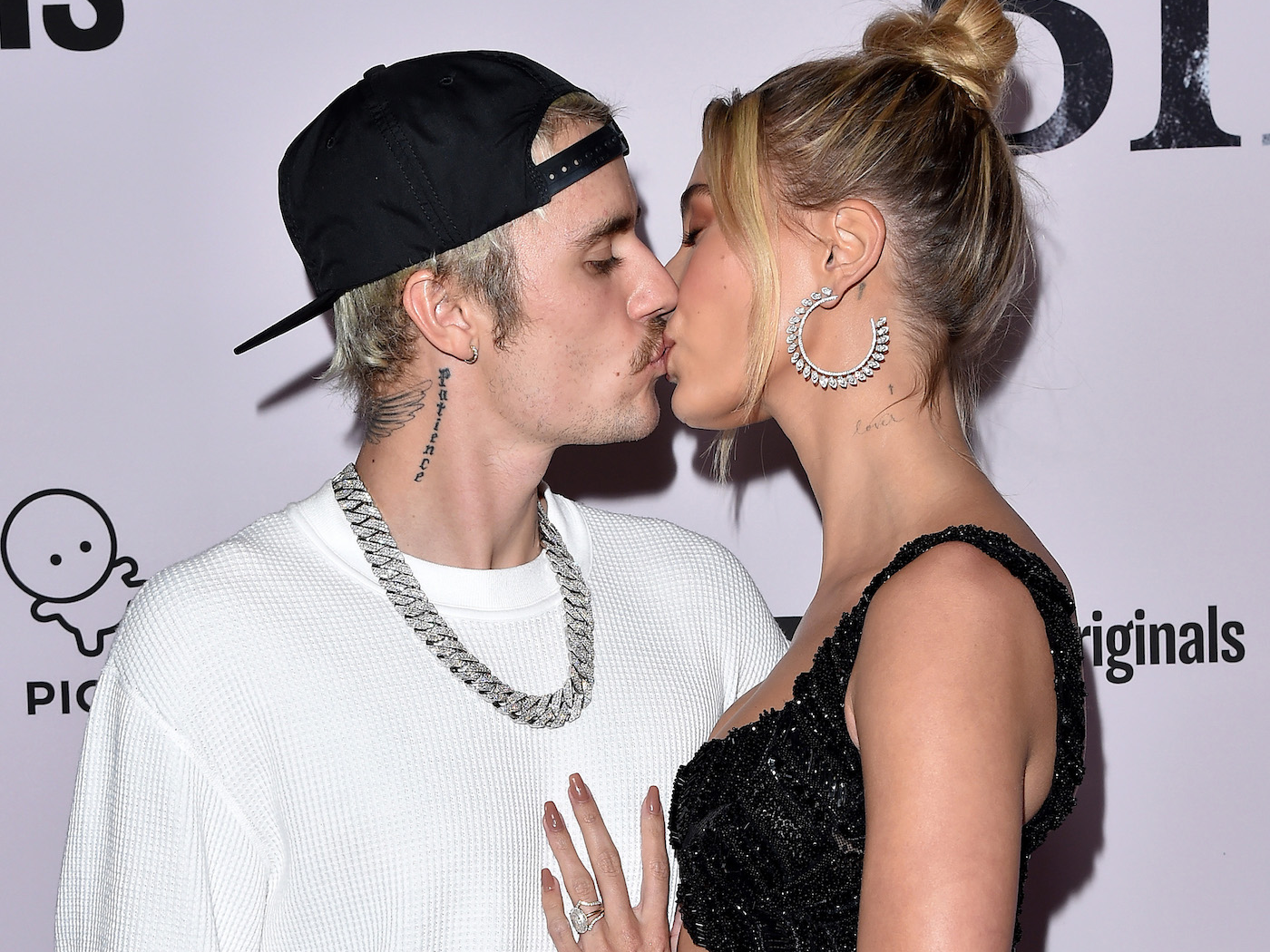 Axelle/Bauer-Griffin/FilmMagic/Getty ImagesThe Summer Walker remix of ‘Yummy’ is the last track on the album.

Larocca: How dare Justin Bieber make me listen to this song twice. Summer Walker, why did you condone this? I’m done, bye.

Ahlgrim: This is just one of his many attempts to get it more plays so I don’t want to read more into the artistic decision of adding Walker.

Def JamJustin Bieber’s vocals are impressive, but couldn’t save this album.

“That’s What Love Is”

“At Least for Now”

*Final album score based on songs per category (1 point for “Worth listening to,” .5 for “Background music,” 0 for “Press skip”).