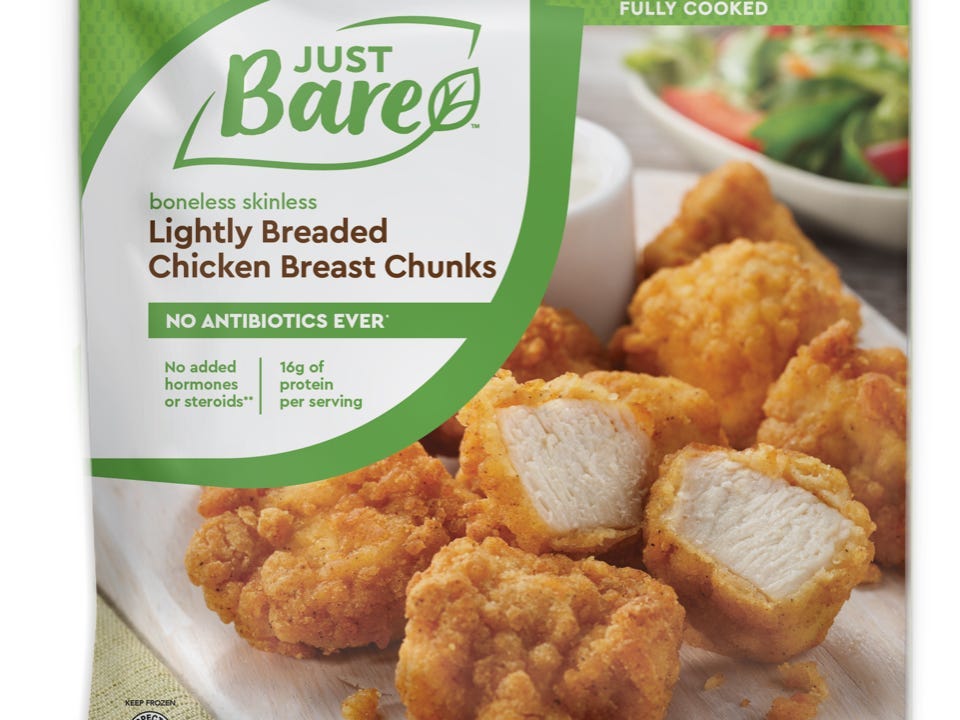 Just Bare chicken at Costco has gone viral on TikTok over the past month as fans say it tastes just like Chick-fil-A’s chicken nuggets.

The frozen nuggets are only sold at Costco, and Chick-fil-A customers are urging each other to buy them and taste test them, which often lead to huge views. In January, TikTok user “floridamomof3” aka “Costco Momma,” posted a video testing out the nuggets from Costco, showing them just out of the bag and out of the oven. “It smells just like Chick-fil-A,” according to one of the testers in the video, which has nearly half a million views.

The hashtags “Justbare” and “Justbarechicken” each have slightly over three million views on TikTok, and are full of other users marveling at how much the product tastes like Chick-fil-A nuggets.

The product is only available at Costco, but it is made by Just Bare, a privately held company headquartered in Colorado, according to Pitchbook. Just Bare launched the lightly breaded chicken breast chunks in August 2020 and have seen consistent increases in demand since, the company told Insider in an email.

“It is always beneficial when a brand generates demand organically because of consumer sentiment,” Just Bare told Insider in an email, though the attention was not something they were expecting.

The comparison to Chick-fil-A is flattering, a company spokesperson said: “They [Chick-fil-A] are very popular and known for great taste, quality and consistency.”

TikTok is full of shopping advice, and Costco members have been advising each other online about the best deals at the warehouse store for years before TikTok existed. Huge accounts exist solely to advise shoppers what to buy, or what the “best hacks” are. “#Costcofinds” has more than 216 million views on TikTok. The platform can drive sales, too. TikTok is the top branding platform for reaching consumers between 13 and 34.