The White House is worried that just 6 of Trump's top donors in 2016 and 2018 have given to his reelection bid, according to a new report 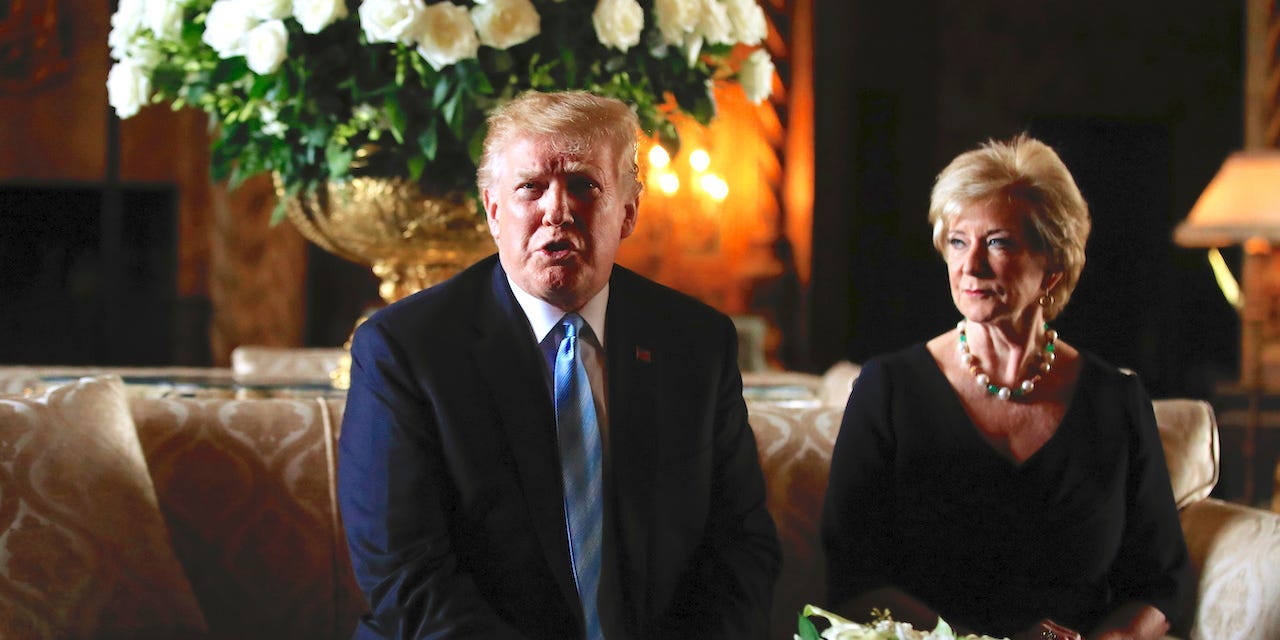 President Donald Trump is failing to attract support from most of the mega-donors who bankrolled his 2016 campaign and continued to give to him in 2018, The New York Times reported.

Just six of the top 38 donors to Trump-aligned super PACs over the past two cycles have donated to America First, the super PAC created to gather all the biggest donations to Trump’s 2020 campaign, The Times reported.

Sources told The Times that many donors were concerned about the president’s reelection chances and that some were redirecting their money to groups working to secure the Republican Senate majority, which is increasingly in play.

Sheldon and Miriam Adelson are among the most prominent examples. The Adelsons gave $US20 million to Trump in 2016 and $US10 million in 2018. They haven’t sent any cash to the president this cycle – reportedly angering him – but they donated $US25 million this year to a PAC supporting Senate Republicans. The Times noted that Sheldon Adelson had expressed concerns about publicly supporting Trump’s anti-China rhetoric given the casino magnate’s major business interests in Asia.

Meanwhile, Joe Biden, the presumptive Democratic nominee, has raked in massive sums from mega-donors. Pro-Biden super PACs have gathered a combined $US45 million in dark money so far this cycle,Business Insider reported on Monday. That figure is seven times what Hillary Clinton-aligned PACs raised in the entire 2016 cycle. Biden’s biggest PAC raised more than double what America First did in June.

Democrats have increasingly campaigned against dark money, and some, such as Sen. Elizabeth Warren, have banned corporate PAC money and shunned major fundraisers during their campaigns.

Business Insider’s Dave Levinthal reported that many Democrats were putting those concerns aside in their race to defeat Trump.

Linda McMahon, the former Small Business Administration chief and a major Trump donor who now leads America First, said in June 2019 that she thought the PAC and its associated nonprofit would raise $US300 million for Trump’s 2020 campaign. The Times reported that the two groups had raised just $US107 million this cycle.

McMahon, who donated $US7 million to Trump’s 2016 bid, has blamed the pandemic and the economic crisis for the significant gap in funds. She’s given $US4 million of her own money to Trump’s reelection.

Even some mega-donors who’ve continued to send big sums to Trump have been openly critical of him.

“Obviously, Trump, you wish sometimes he would just shut up – don’t go there, it’s not necessary,” Liz Uihlein, a shipping-supply company magnate, told The Times. Uihlein and her husband have given Trump $US3 million this cycle.

The Times reported that, despite Trump’s success with smaller donors, both Vice President Mike Pence and Jared Kushner, Trump’s son-in-law, were worried about the lack of big money.

But there are still three months until the election, and big donors have a history of coming through in the last crucial days of a campaign.