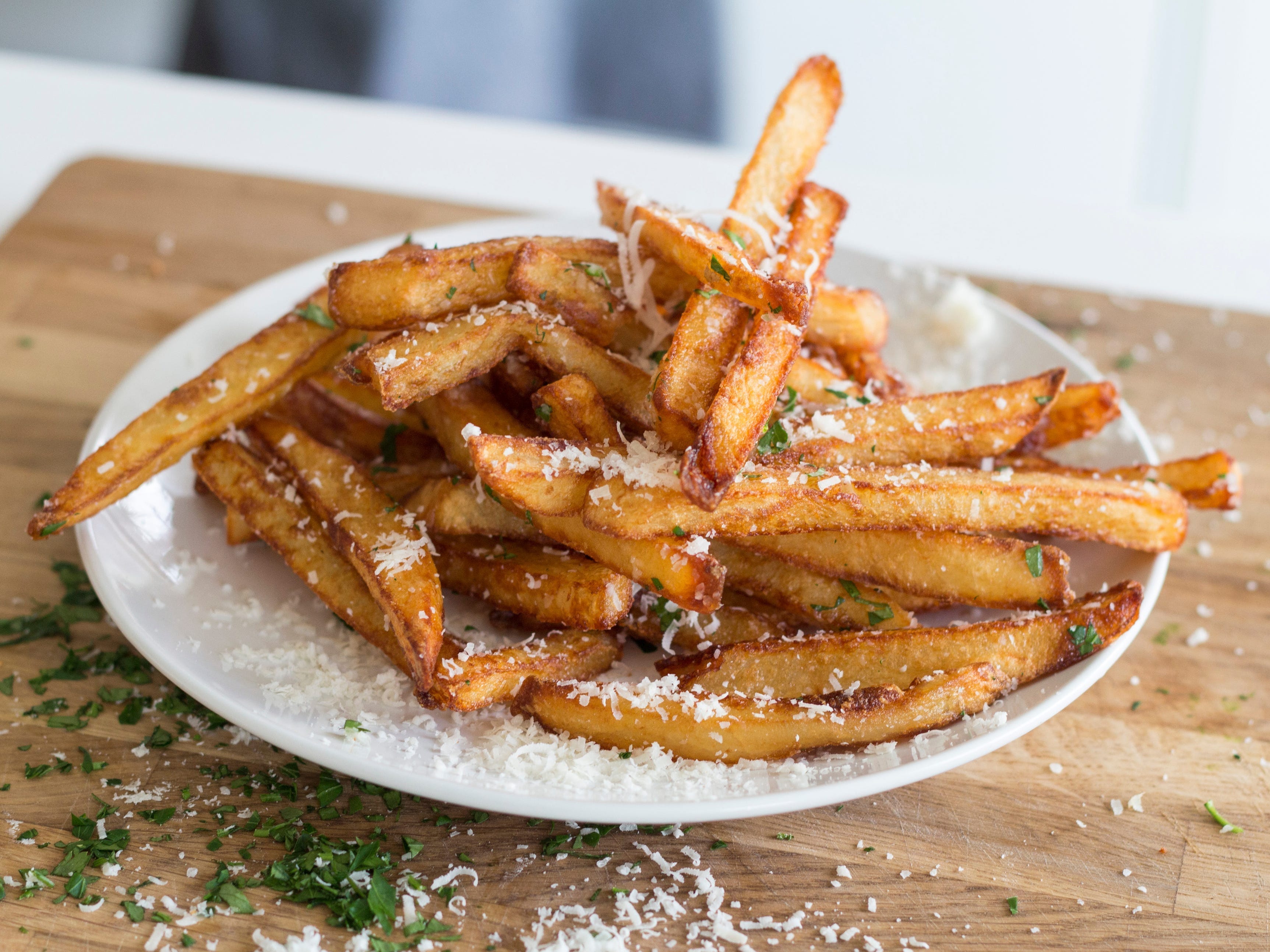 GPritchettPhoto/ShutterstockMany judges who spoke with Insider are tired of truffle oil.

The judges on cooking and baking competitions taste a lot of dishes â€” but even culinary pros get sick of a few popular flavours.

As part of the “From the Judging Table” series, Insider spoke with former and current judges from popular cooking shows about some of the most overused ingredients competitors use.

Read on to learn nine ingredients that these famous judges are tired of eating. 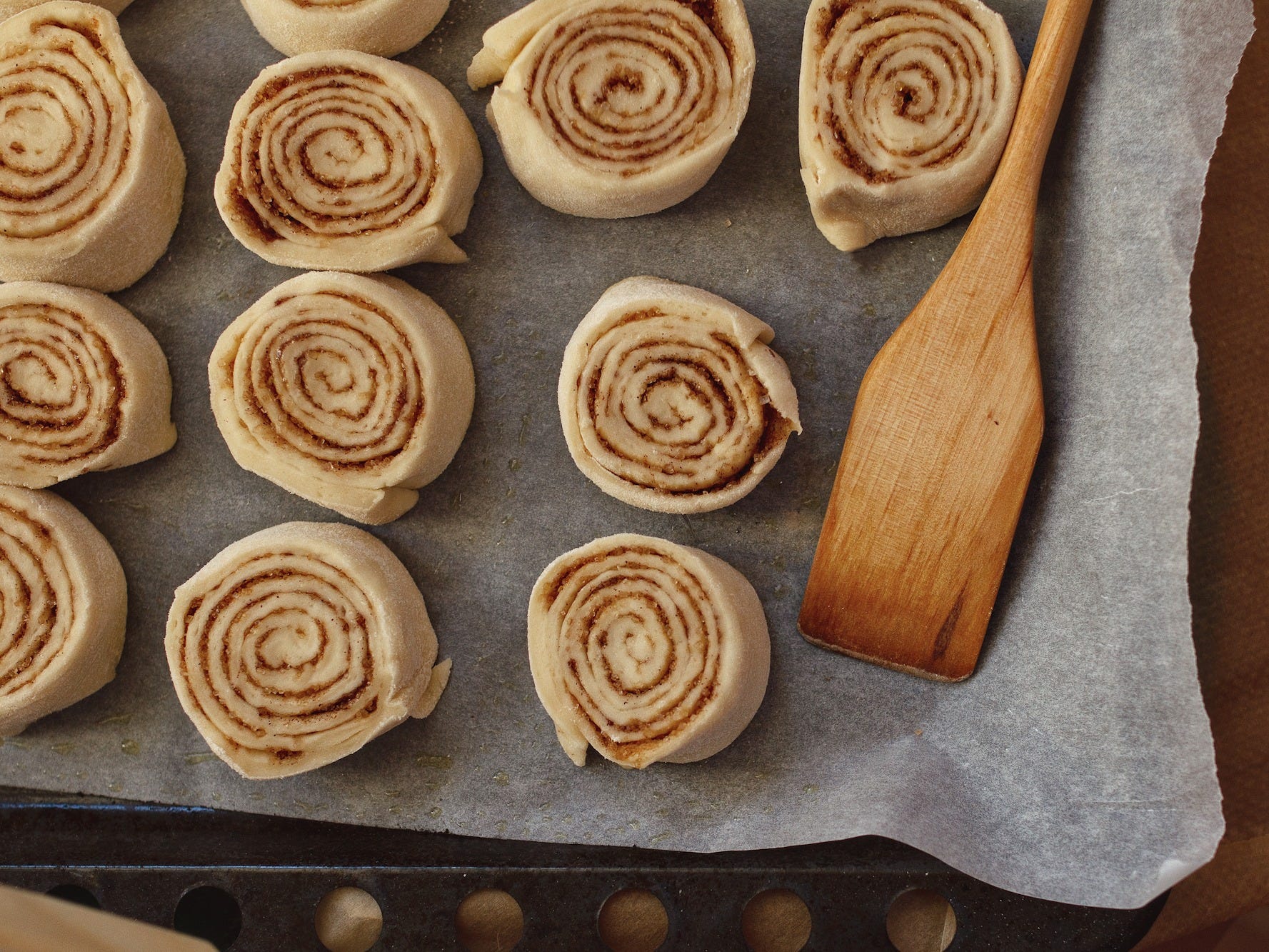 Kseniia Zagrebaeva/ShutterstockCinnamon isn’t always the most creative or clever choice.

Duff Goldman, the author of “Super Good Baking for Kids” and longtime judge on Food Network’s “Holiday Baking Championship,” told Insider that though cinnamon is a traditional holiday spice he enjoys, he prefers when contestants get more creative with their seasonal flavours.

“I like cinnamon, and a lot of the shows I judge are centered around the holidays, but it’s nice to see variations,” Goldman said. “I like when people use other spices and flavours in place of where cinnamon is traditionally used, like ginger, Chinese five spice, or aniseed.”

One chef could do without faux caviar, an ingredient created through molecular gastronomy. 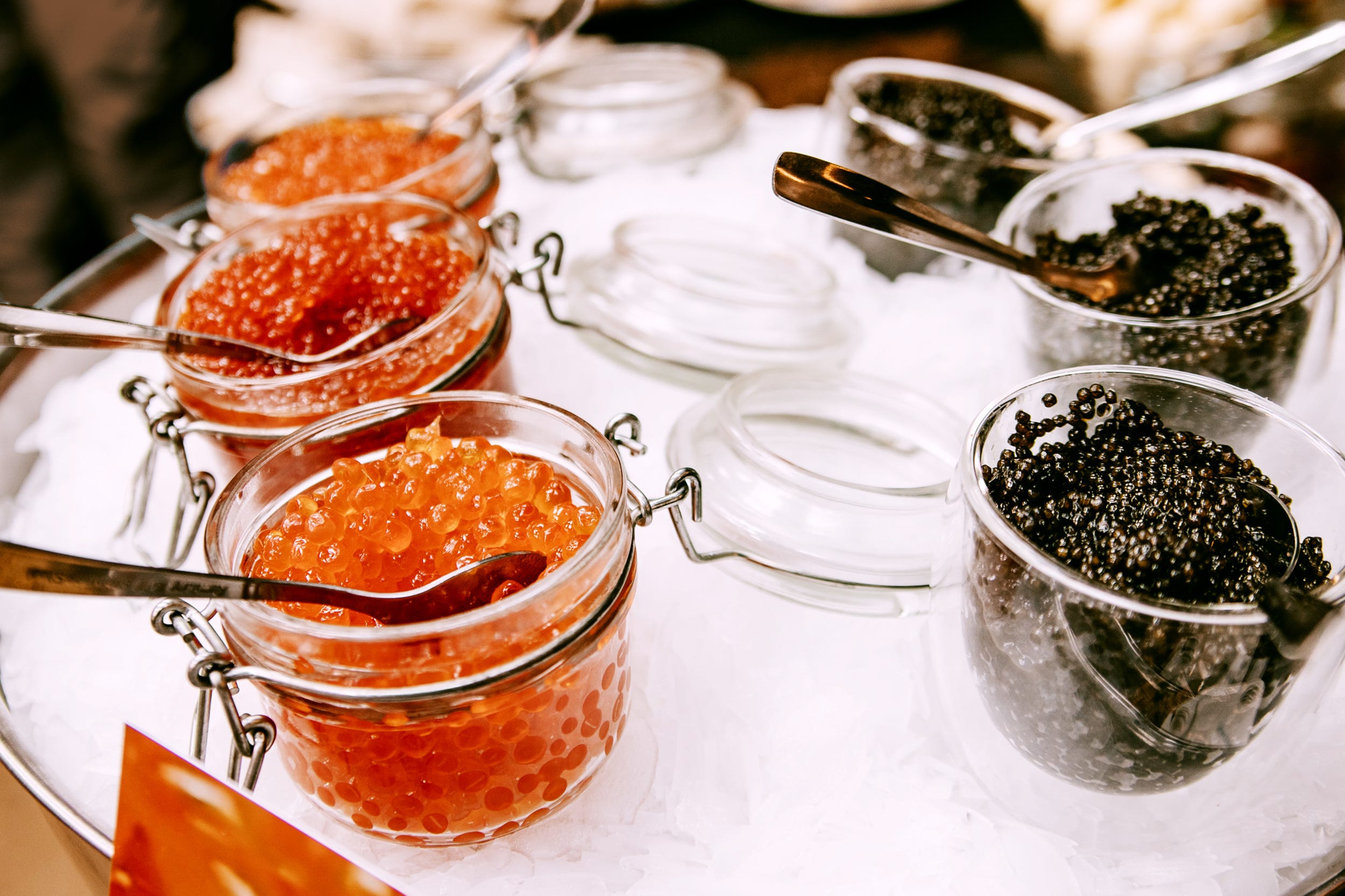 ShutterstockSome competitors make their own caviar.

She said competitors often try to hop on trends like this when they’re hoping to impress judges with innovative techniques.

In the process of spherification, liquids become wrapped in a gellike substance, creating small spheres that burst in the mouth when eaten, just like real caviar. Nearly any liquid can be used to create a unique combination of texture and flavour. 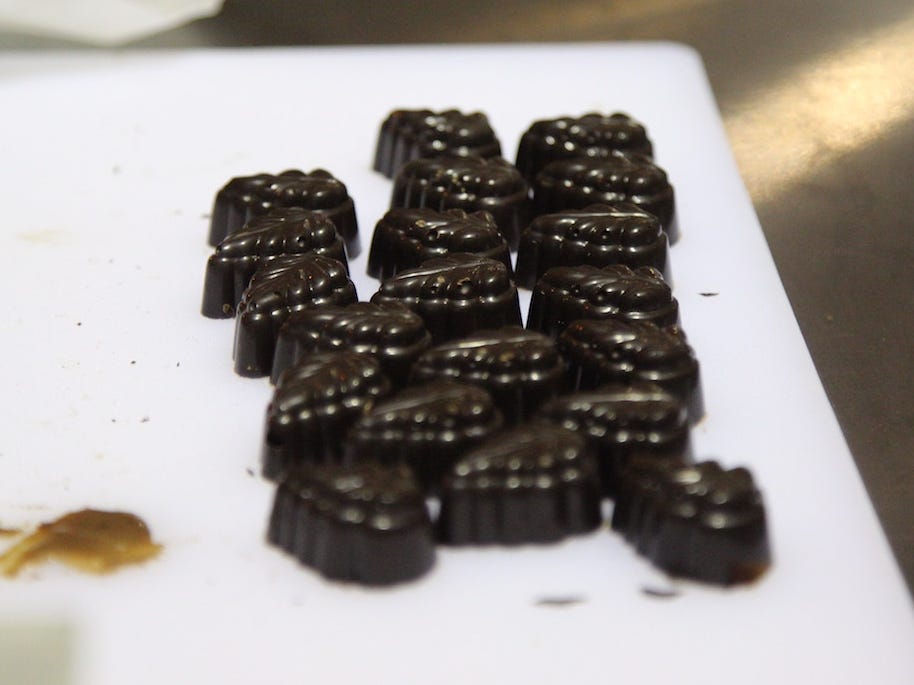 Chloe Pantazi/INSIDERTruffles may be luxurious, but they don’t need to be in every dish.

According to the “Top Chef” and “Guy’s Grocery Games” judge Antonia Lofaso, many contestants think truffle will upgrade their dish, but that’s often not the case.

“Truffle oil or butter are always go-to ingredients that contestants throw in there thinking, ‘Oh, it’s going to be perfect now because it has truffle in it,'” she told Insider. “It’s hilarious. I’m always like, ‘Oh God, don’t do it!'”

Chef Aarón Sánchez, who has been a judge on “MasterChef” and “Chopped,” agreed, adding that sometimes the flavours can overpower a dish.

“A lot of contestants will just throw truffle oil and truffle salt on dishes to try to save the dish, but it’s a delicate yet powerful ingredient and needs to be used carefully,” he told Insider.

Chef Jamika Pessoa, a former “Next Food Network Star” contestant and judge on “Sugar Showdown,” said she didn’t mind the ingredient as long as it’s not used as an afterthought.

“Truffle oil sounds fancy when you are describing the dish, but contestants usually save it for the very end with the clock ticking,” Pessoa told Insider. “They douse it on at the last minute, thus overpowering the dish.”

Seasonal ingredients, like pumpkin spice and eggnog, can be taken too literally in holiday competitions. 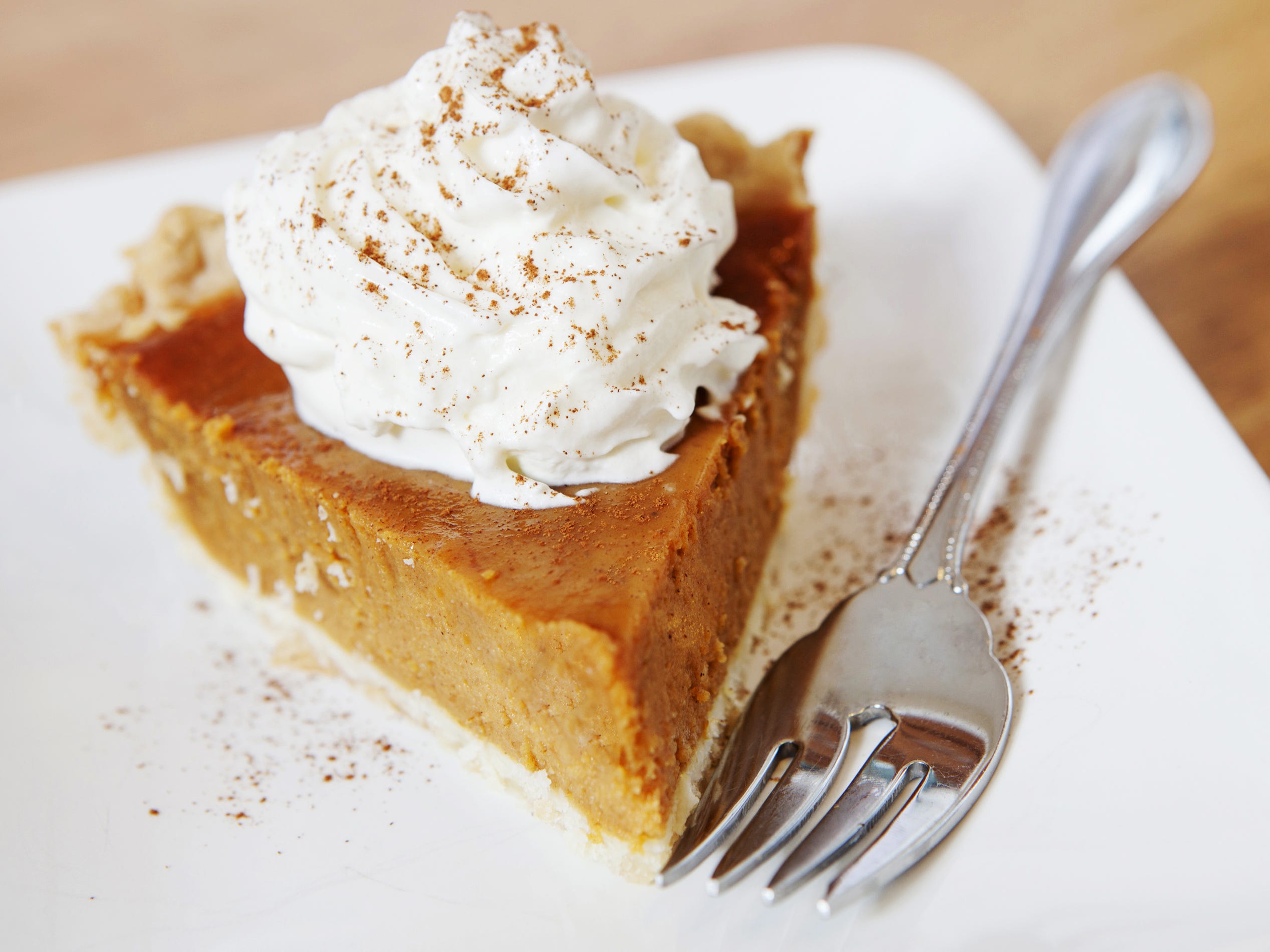 Chef Carla Hall, the host of the “Say Yes” podcast and a judge on the Food Network’s seasonal baking competitions, told Insider that sometimes chefs aren’t creative enough with their flavours.

In particular, she said she was tired of seeing pumpkin and eggnog in these seasonal challenges.

When it comes to seasonal dishes, competitors should try to capture the essence of ingredients instead of using them literally, Hall said.

“Eggnog is an ingredient that’s hard to use. If you take straight-up eggnog out of the carton, and you bake with it, it doesn’t stand up,” Hall said. “So what’s in eggnog? You have nutmeg, a little bit of cinnamon … You have to amp up those flavours; otherwise, it doesn’t read and it may as well be milk.” 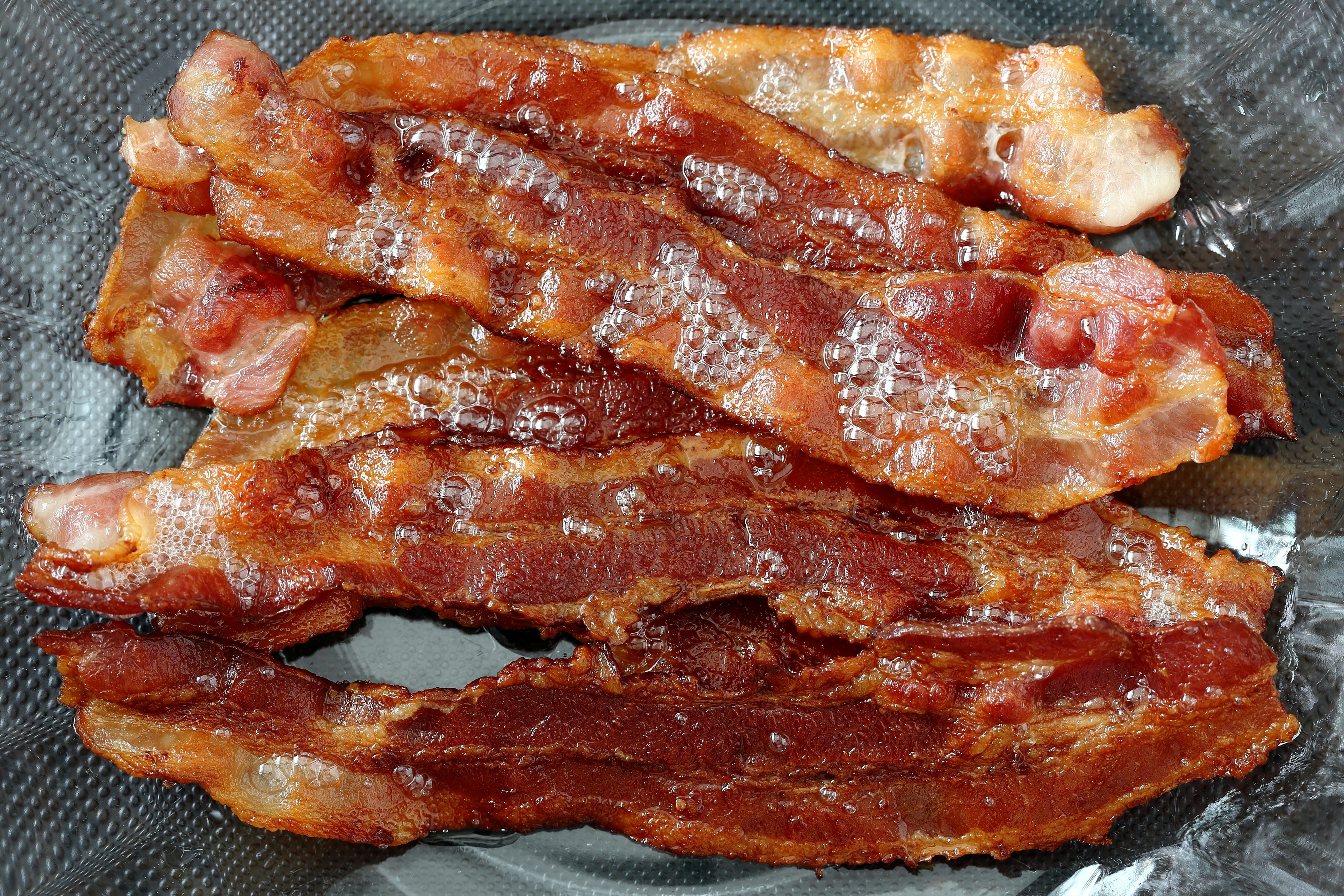 grass-lifeisgood/ShutterstockThere are more creative ways to add meat to your dish.

Though she said she loves bacon, she wishes contestants would be more creative when trying to develop their dishes.

“Just [the] word ‘bacon’ makes people smile. However, there are other ways to develop that quick smoky flavour and texture,” Pessoa said. “Like browning smoked sausage, for example.”

Sriracha is a popular condiment that appears often during competitions. 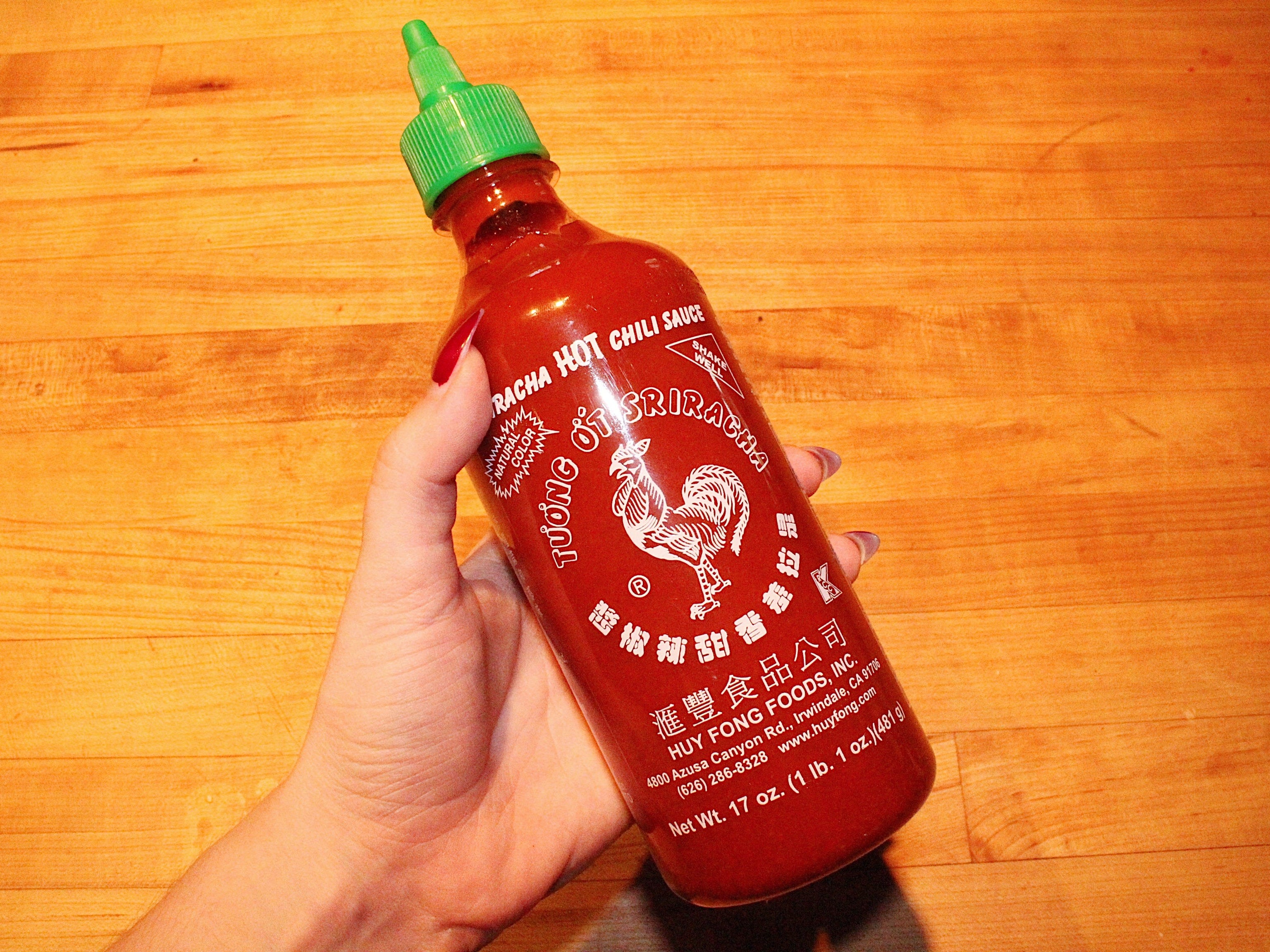 Erin McDowell/InsiderSriracha is a popular condiment.

As a food journalist, cookbook author, and longtime judge on “Top Chef,” Gail Simmons has tasted countless dishes – and she’s had a lot of Sriracha.

This popular chilli sauce is known for its spice and acidity, but it’s simply used too often by contestants, according to Simmons.

Pork belly, though versatile and delicious, is too commonly used in cooking-show competitions. 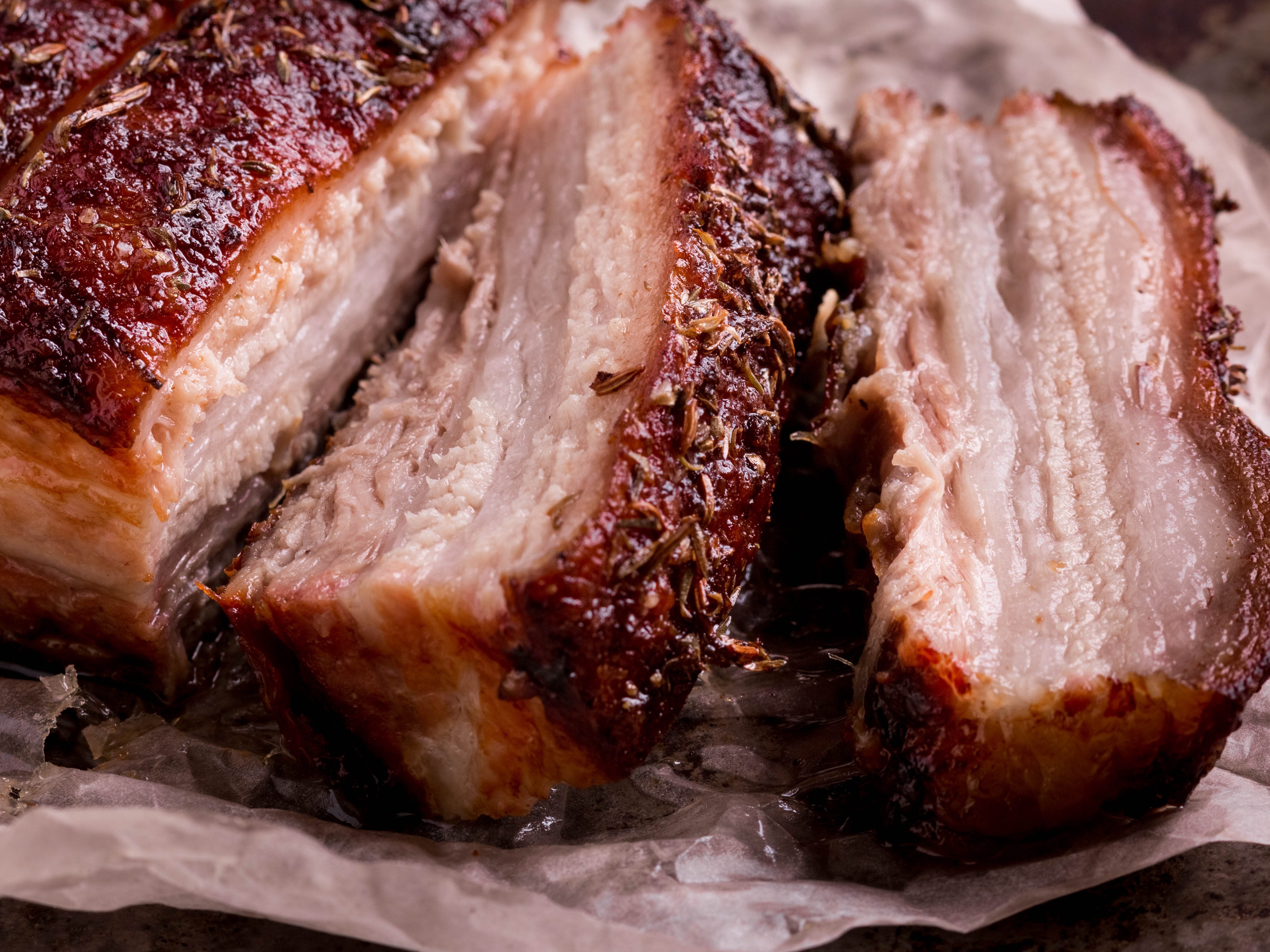 TalyaAL/ShutterstockPork belly is flavorful and fatty.

Cora said pork belly, a flavorful and fatty piece of meat, is an ingredient that she sees used too frequently when judging cooking competitions.

According to Chef Richard Blais, known for his time on “Top Chef” and his judging experience on “Cutthroat Kitchen” and “Guy’s Grocery Games,” pork is often used in competitions because it cooks quickly and is versatile.

It’s such a “forgiving” ingredient that he recommends it for beginner cooks who are honing their skills at home.

Scallops are another often overused protein. 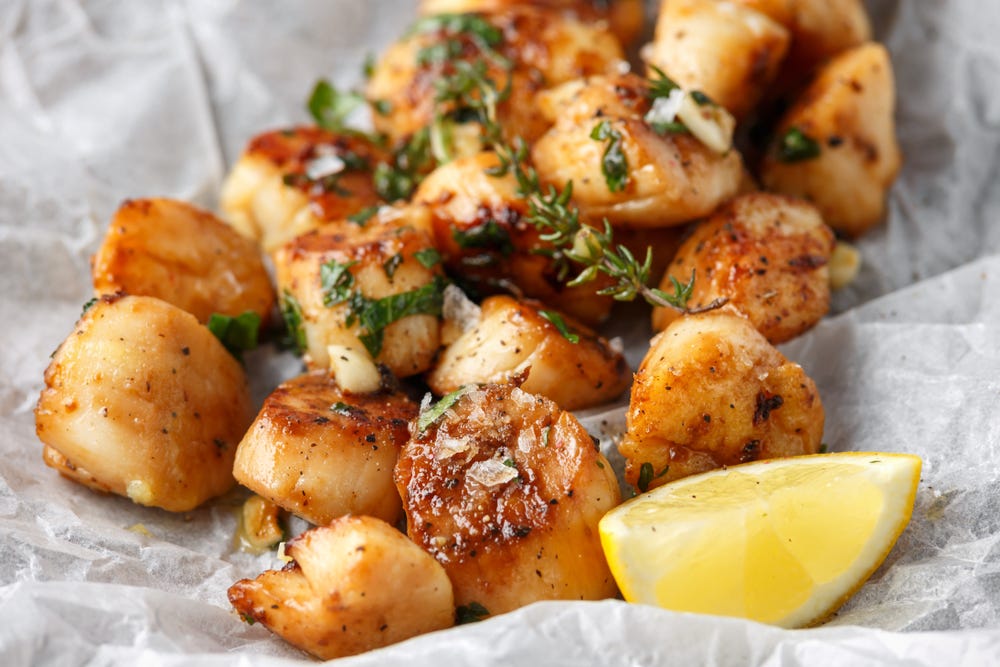 DronG/ShutterstockScallops can cook quite quickly.

According to Lofaso, scallops are likely a popular choice for timed competitions because they cook so quickly.

When it comes to holiday shows, contestants often try to use ingredients that wouldn’t realistically be in season. 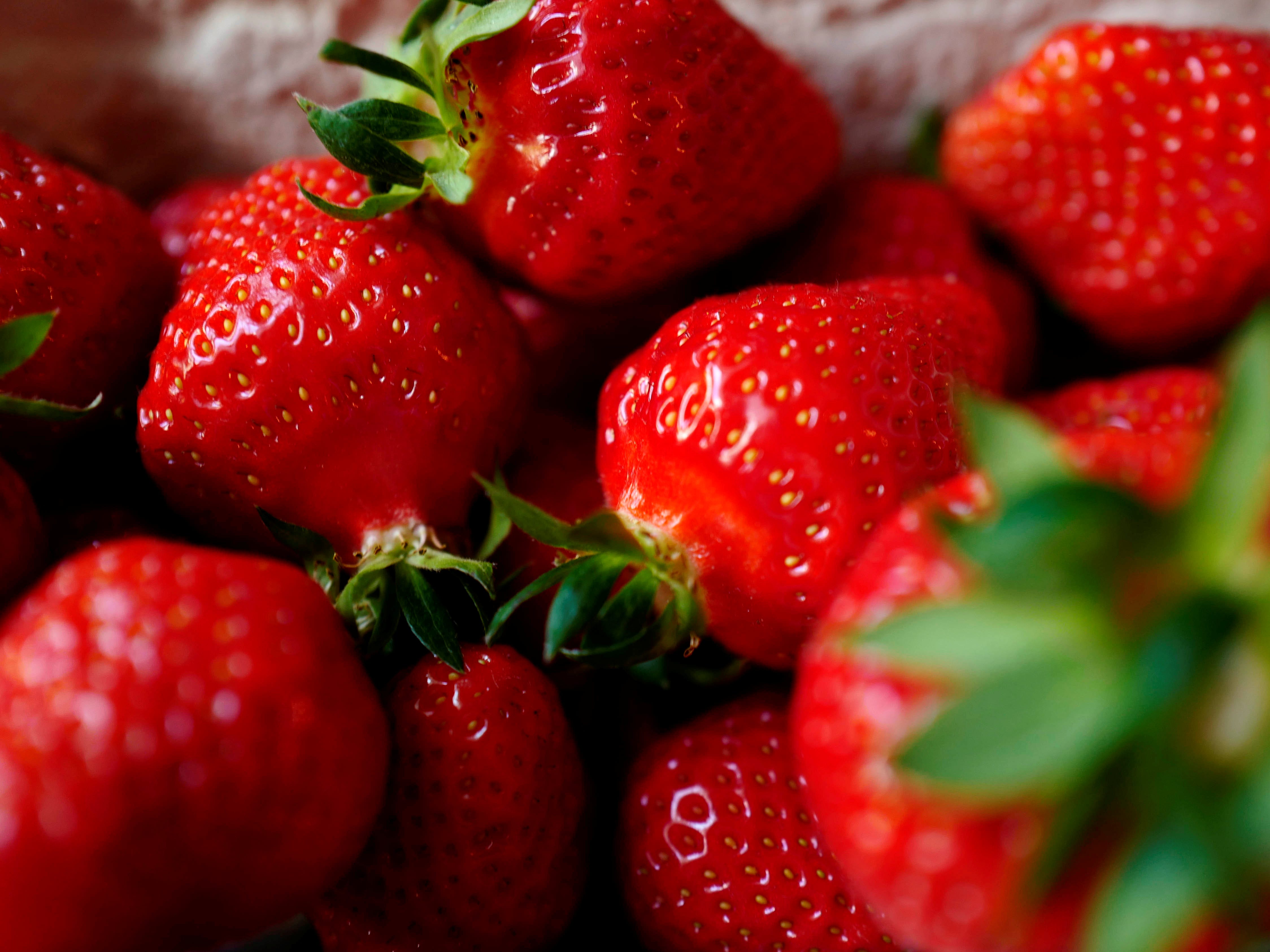 ReutersCompetitors on ‘Holiday Baking Championship’ may want to avoid the summery fruits.

As revealed by Goldman, a judge on “Holiday Baking Championship,” the Food Network’s seasonal baking shows are filmed three to eight months in advance.

Because of this, Hall told Insider, competitors often feel inclined to use ingredients that aren’t appropriate for the season the show is based on.

“It’s hard because we’re shooting ‘Holiday Baking Championship’ in summer, so when they see berries it’s a trap,” Hall said. “I’m always saying to the bakers, ‘If you see strawberries, you need to make that into a jam.’ Because there are no fresh strawberries during that season.”